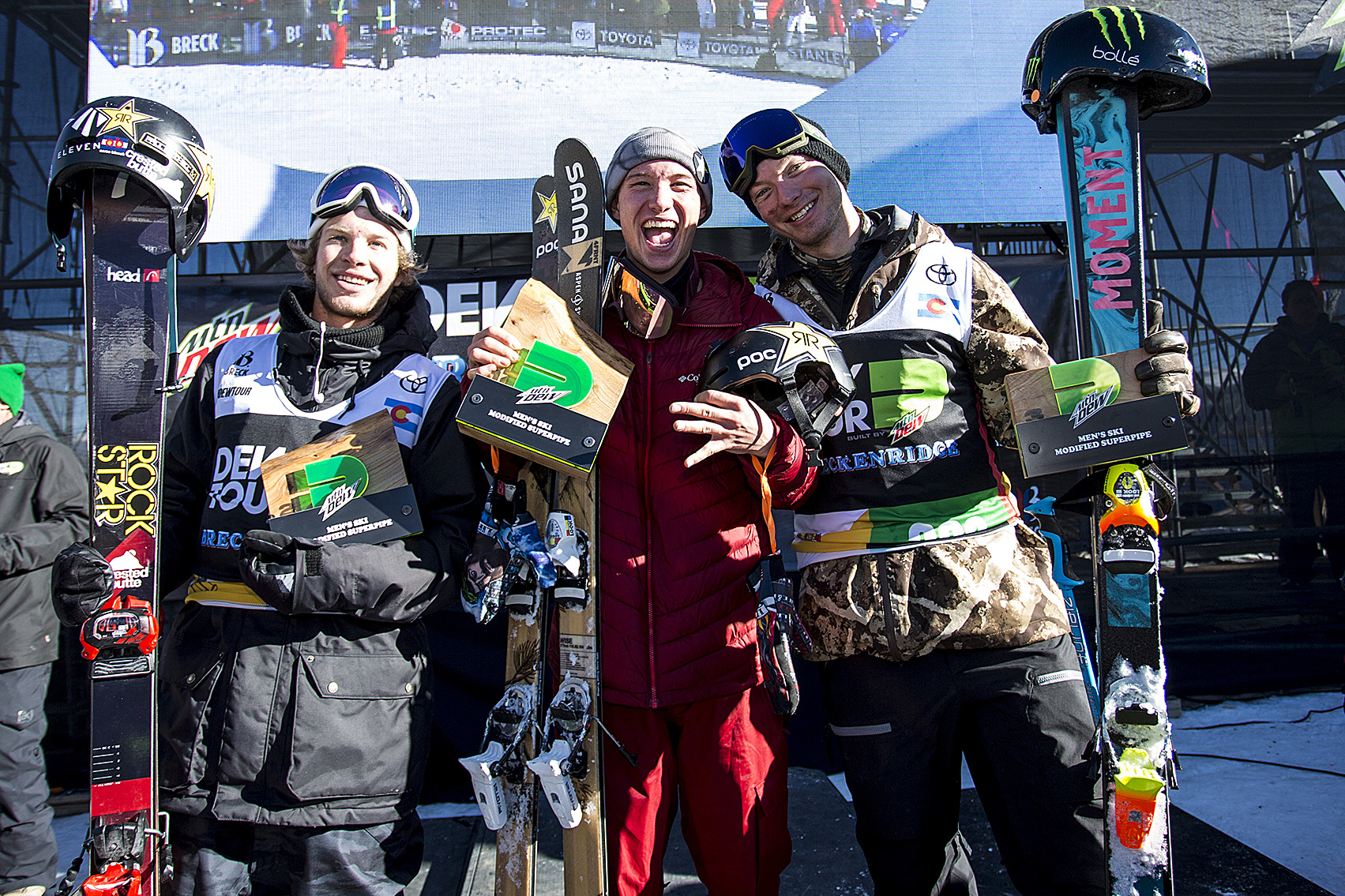 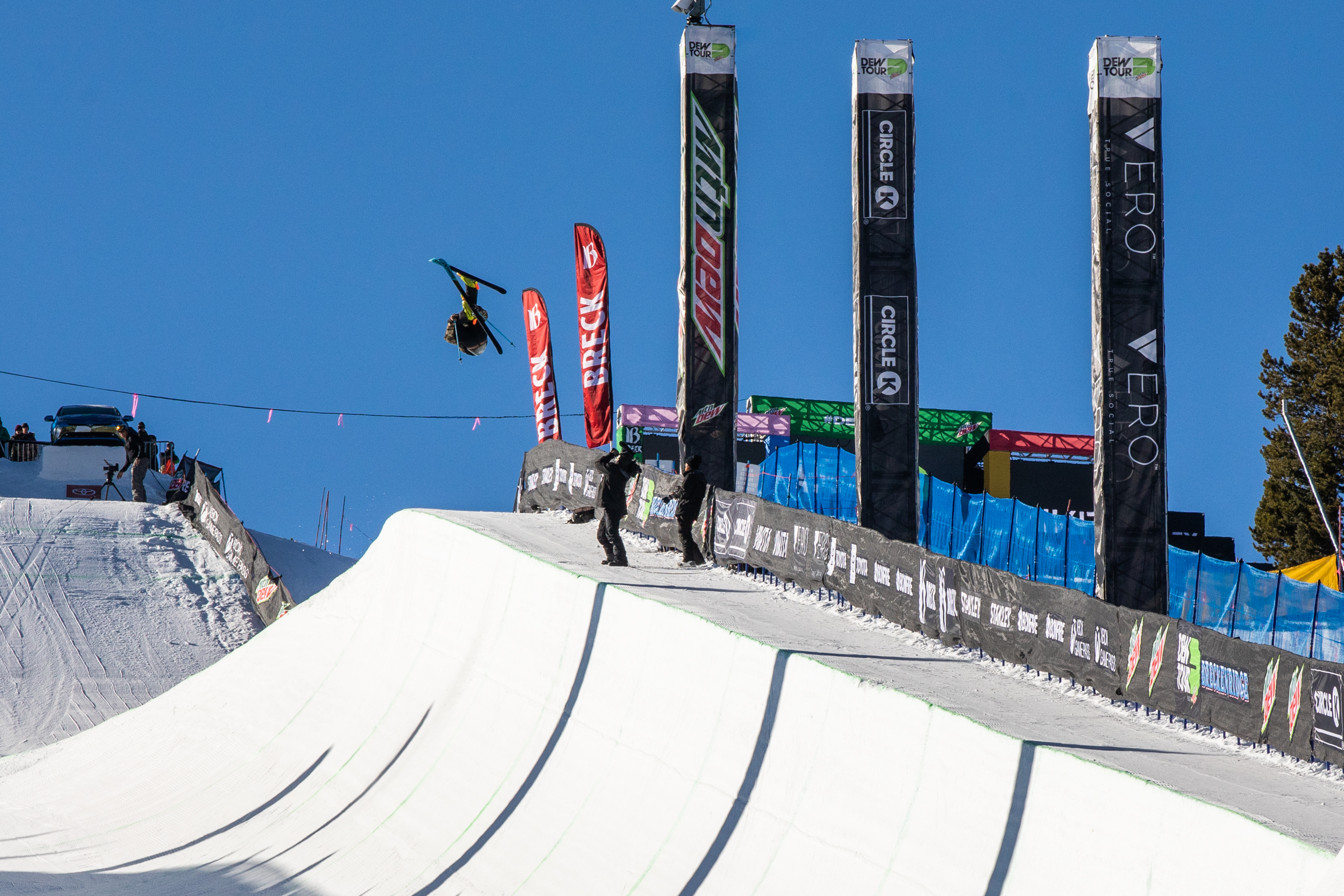 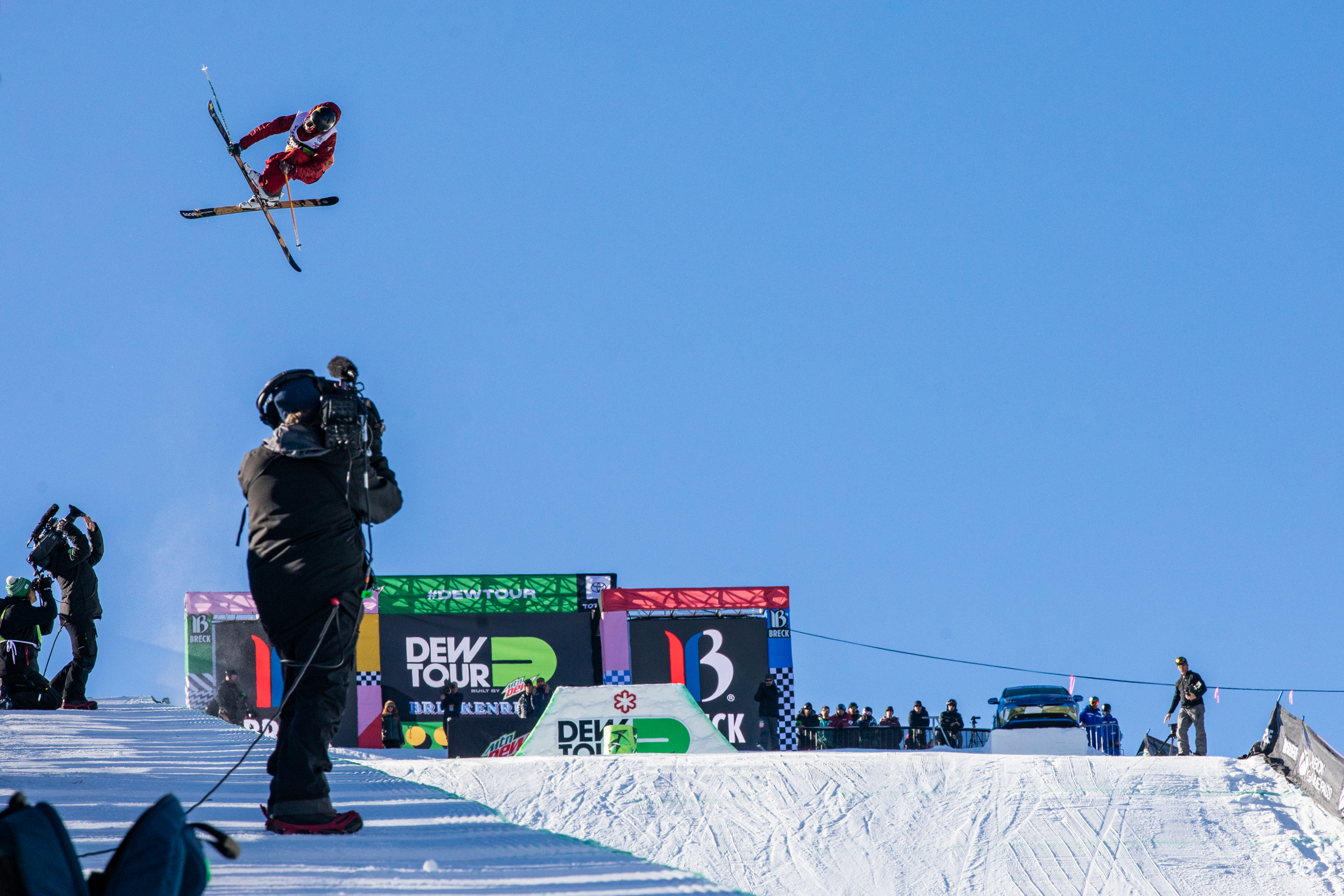 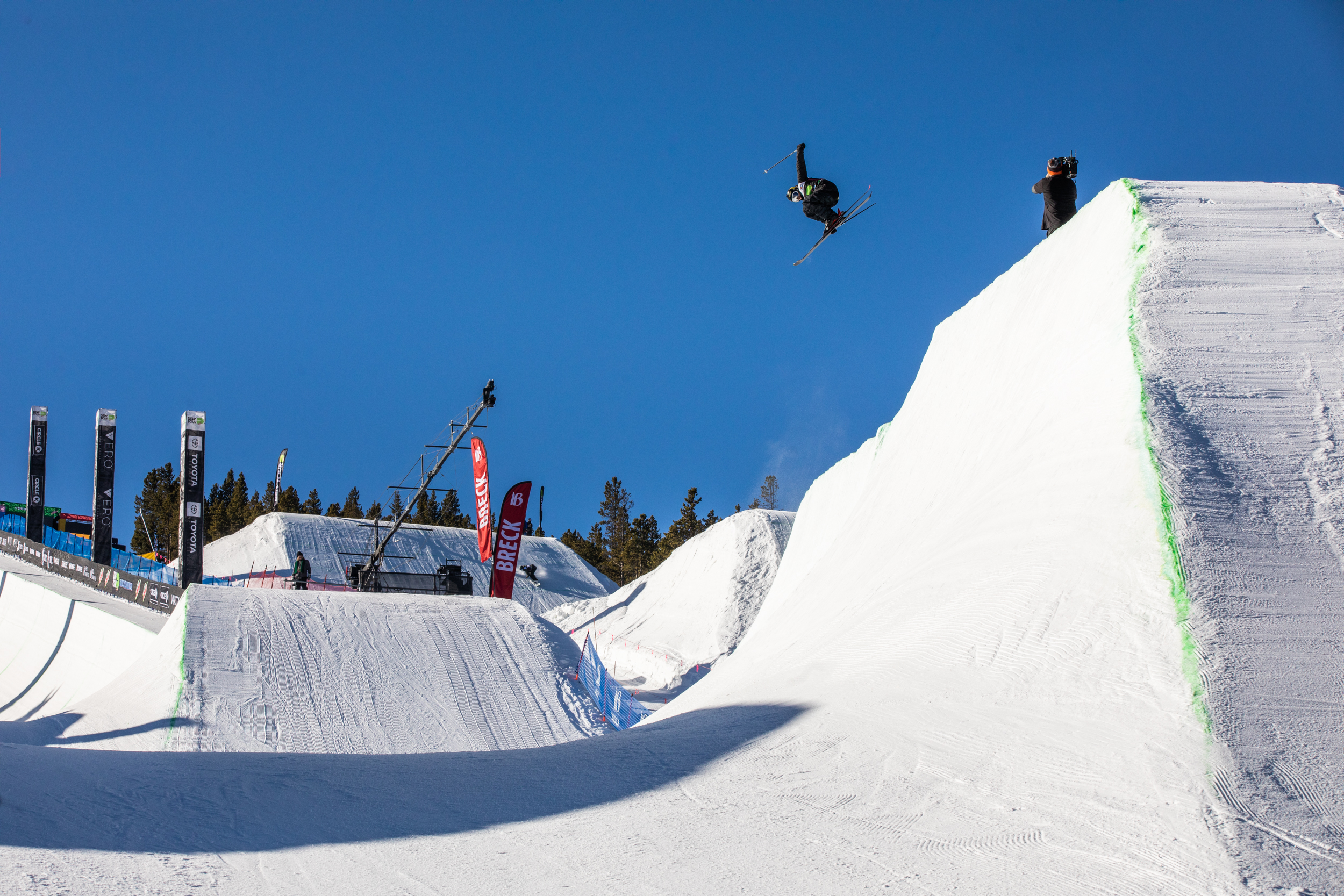 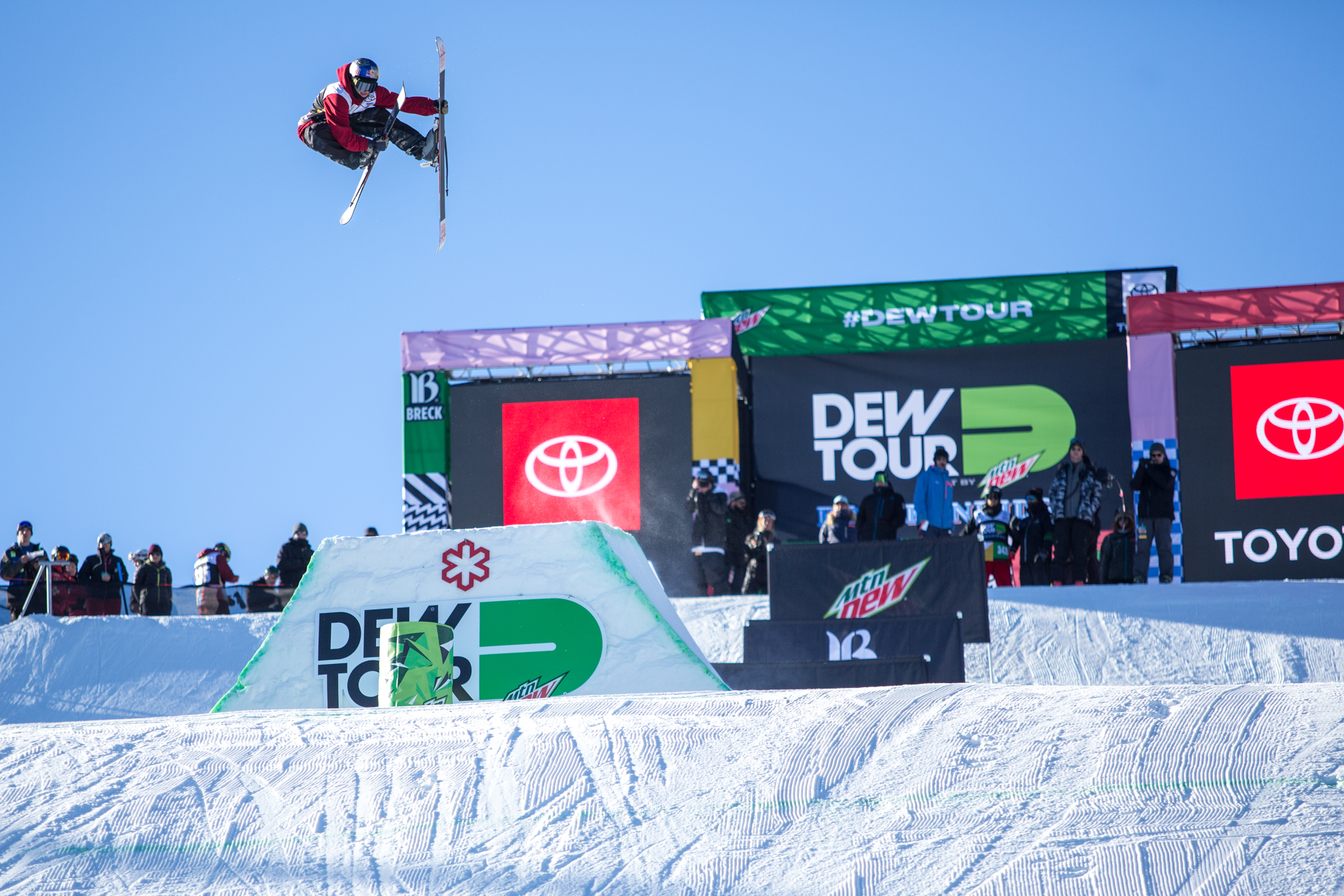 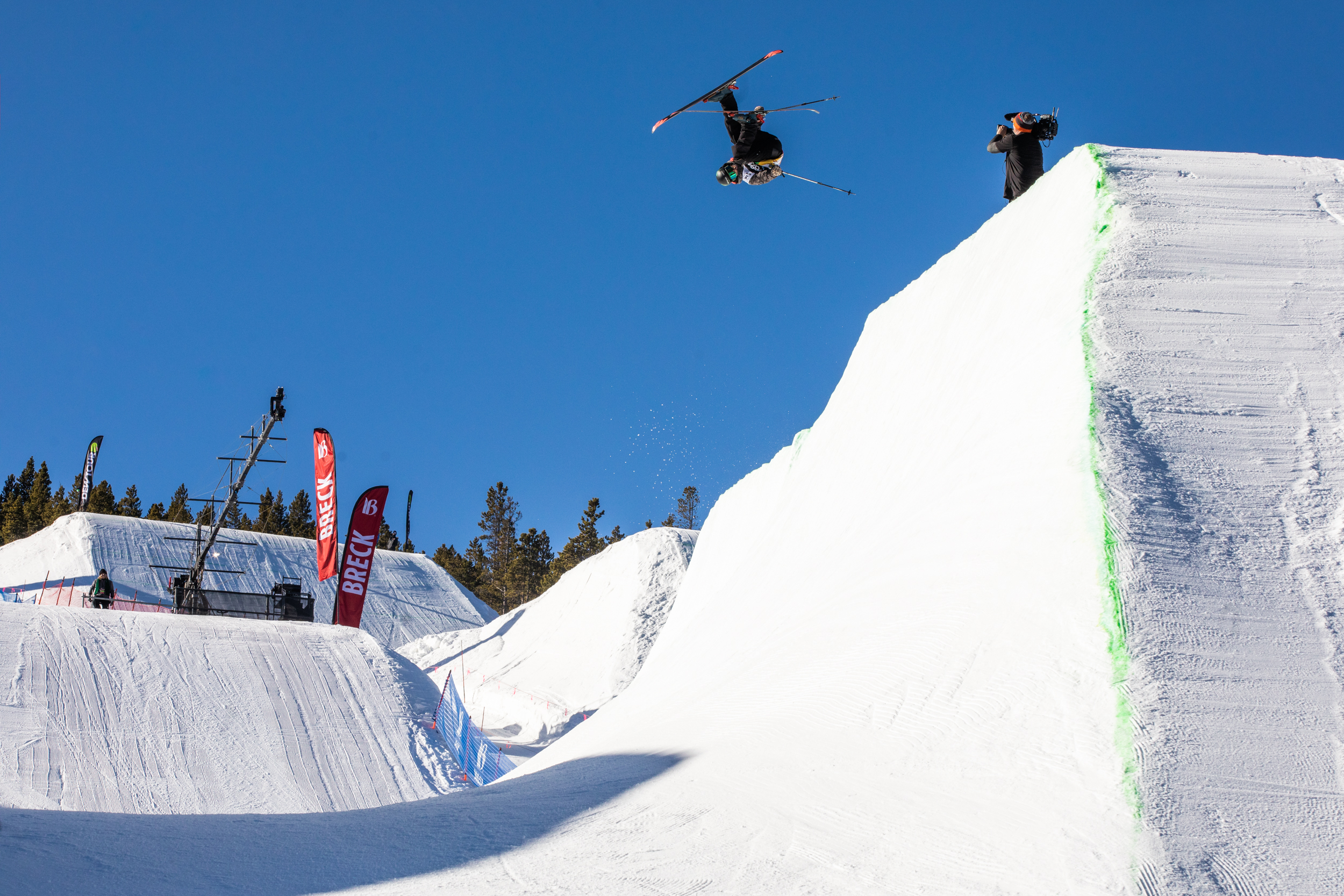 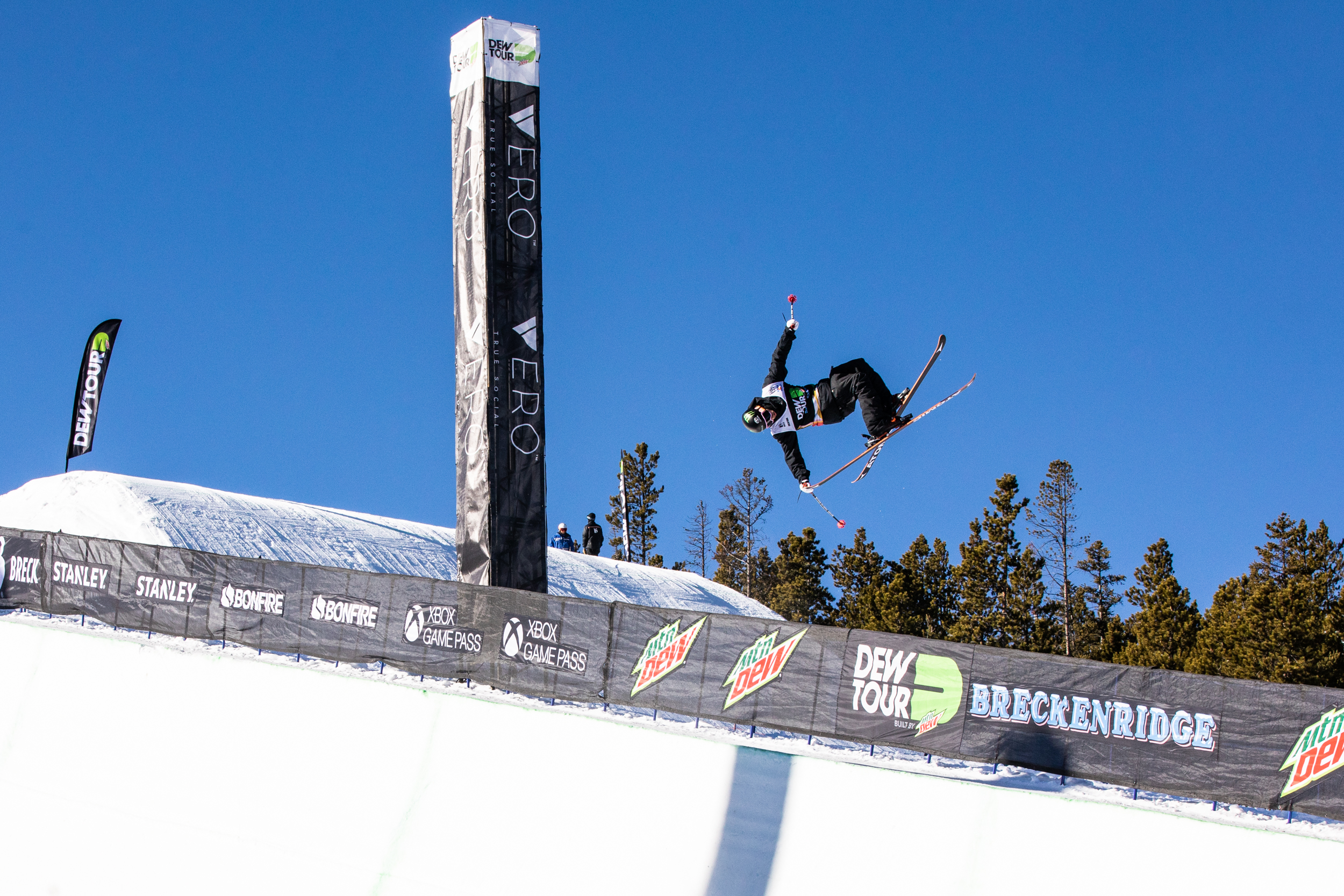 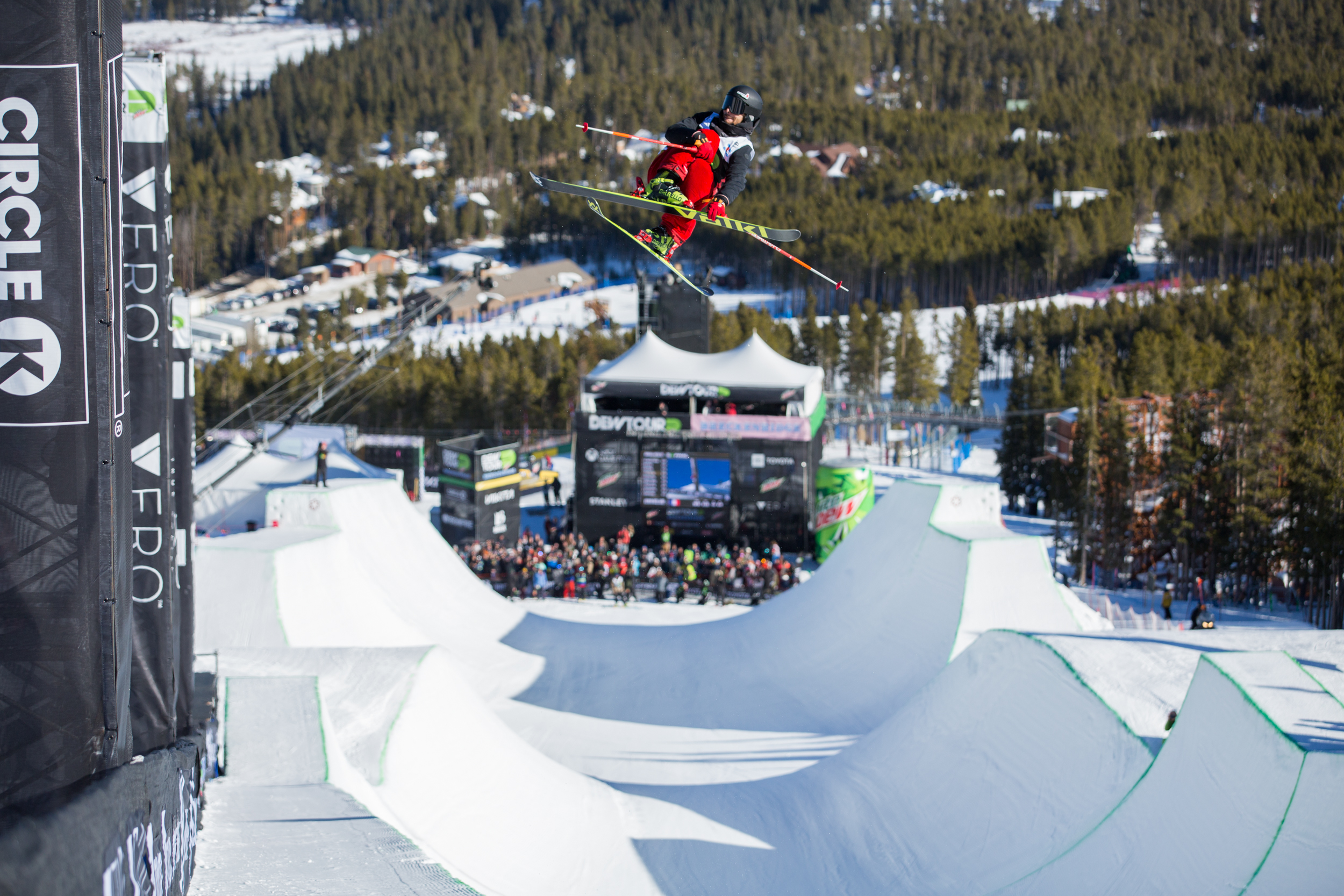 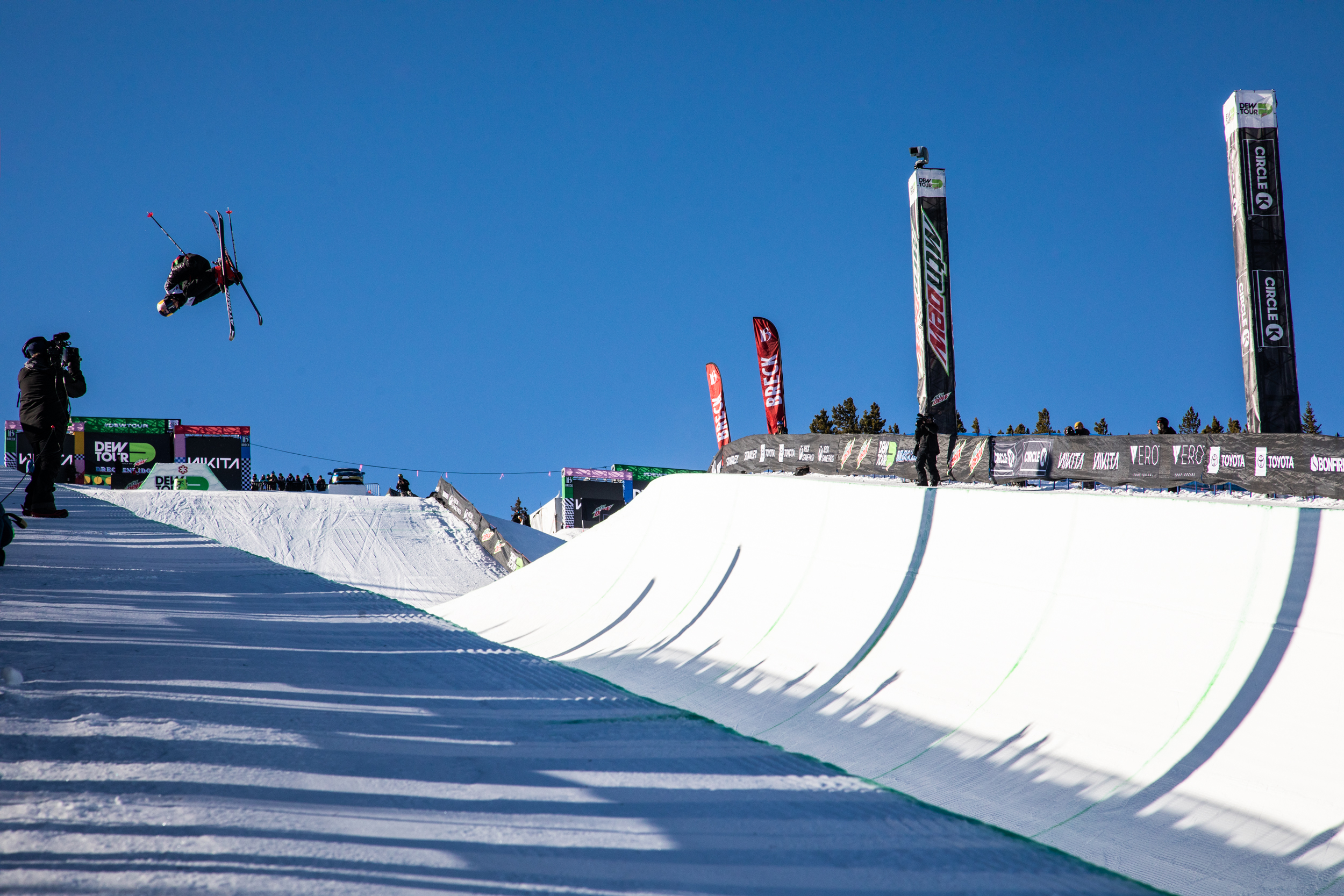 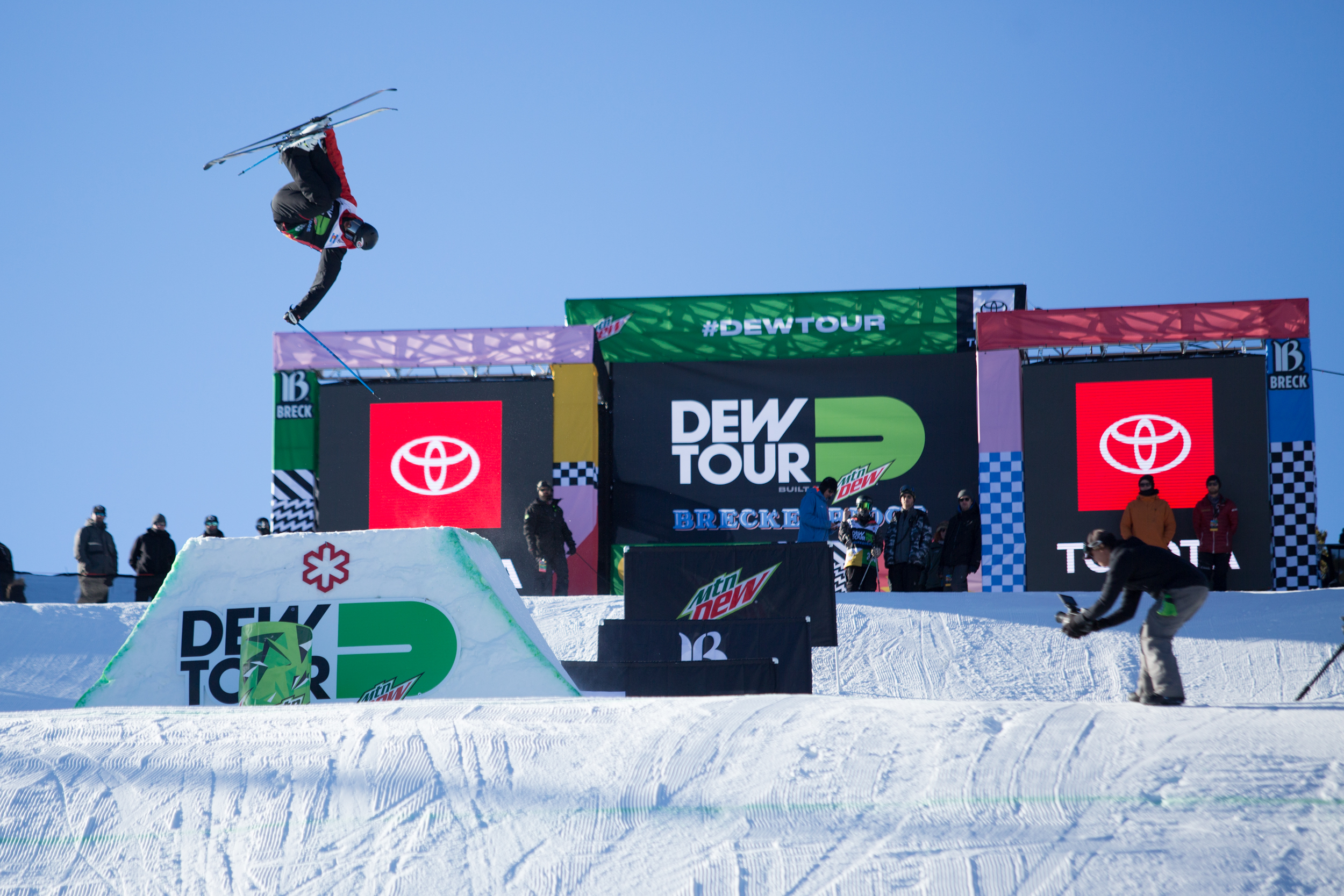 Unlike a traditional superpipe, the modified superpipe includes multiple features on it, giving it more of a slopestyle approach. This allows for creative and versatile skiers to excel, particularly those with a background in slope and jumps. The lineup for Sunday’s modified superpipe contest was stacked, with nearly half the skiers working with a home turf advantage being from Colorado.
Words By Laura Obermeyer

Torin Yater-Wallace took a heavy spill out of the tombstone in his first run that unfortunately pulled him from the contest, though his run was easily on track for the top spot with right alley-oop dub 9 on the tombstone and a stylish first hit in the pipe with a nose mute. The pipe had some sick hits, with a right dub 12 mute with insane amplitude from Ferreira that was rewarded by the judges. David Wise put down a few variations of sevens that were well executed.

“I was super excited to come to dew tour because the modified super pipe is super creative, super unique, and never been done before.” -Alex Ferreira

Alex Ferreira maintained the top spot for much of the contest, with amplitude and technicality that scored him well, and put him in first, with Aaron Blunck in second, and David Wise taking third.

“This is a super sick event that totally changes things up, you have to get creative” -Aaron Blunck

It's always a bummer to see an athlete leave injured. Torin Yater-Wallace went down hard today, and we are sending positive vibes and a speedy recovery. Photo: Durso