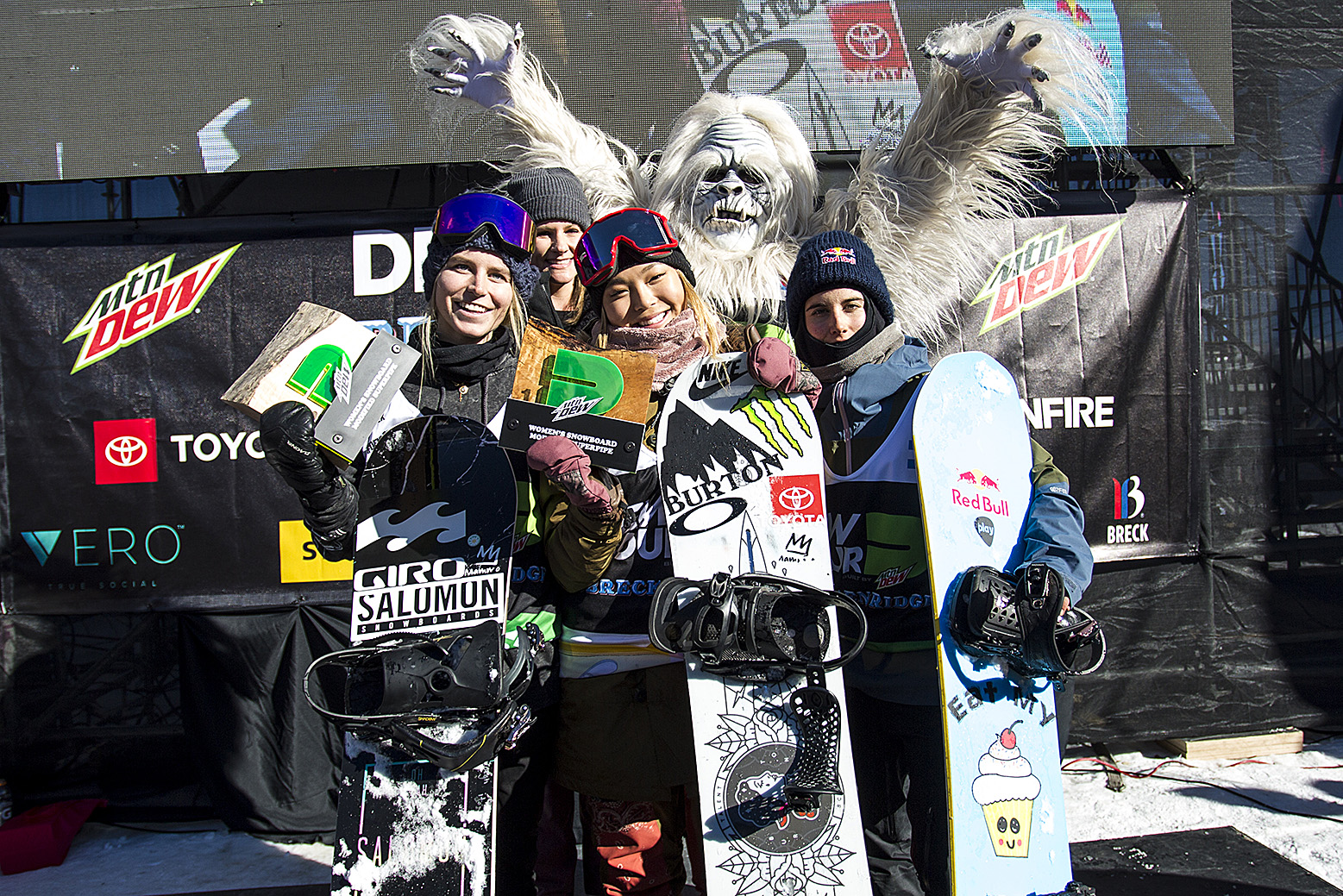 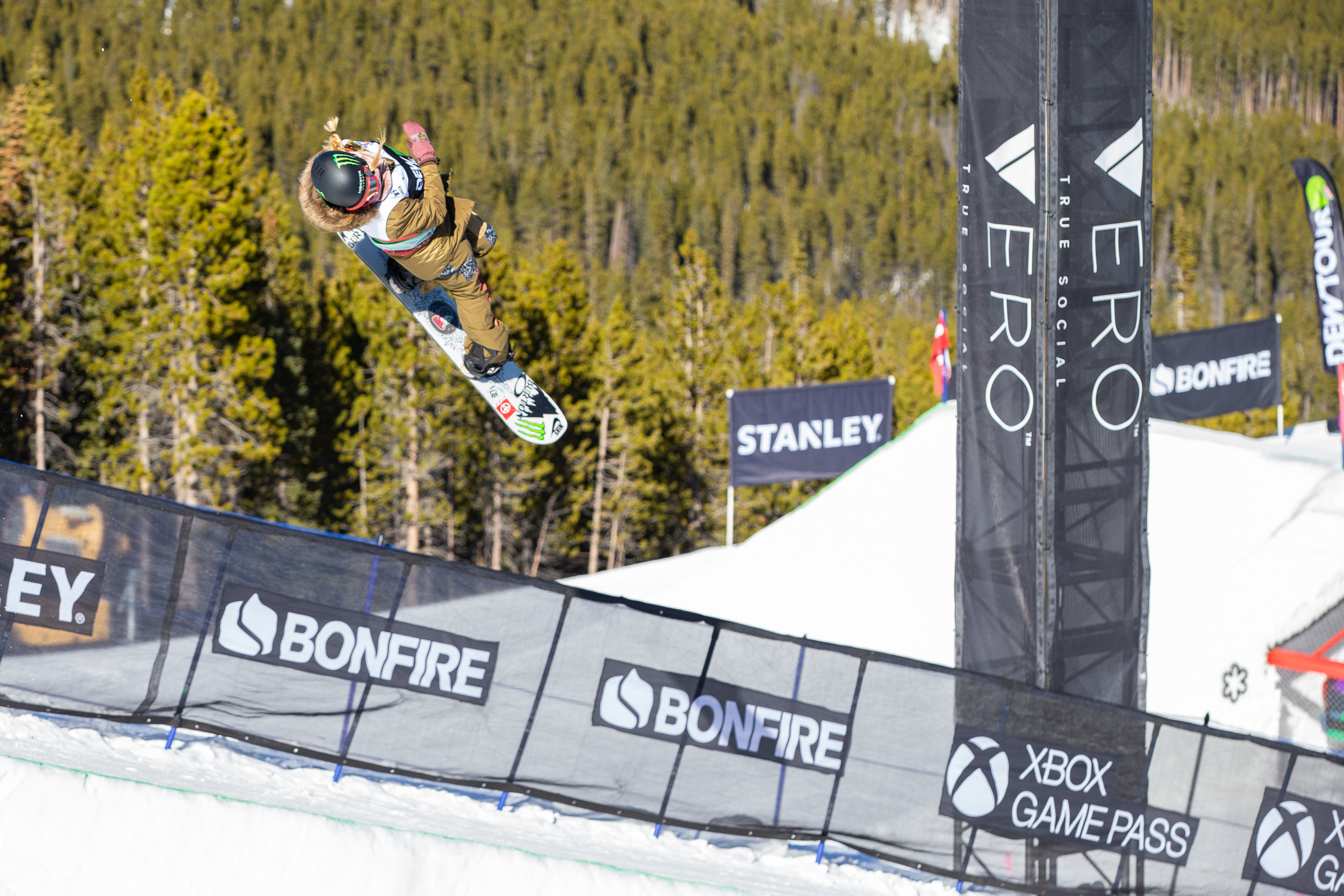 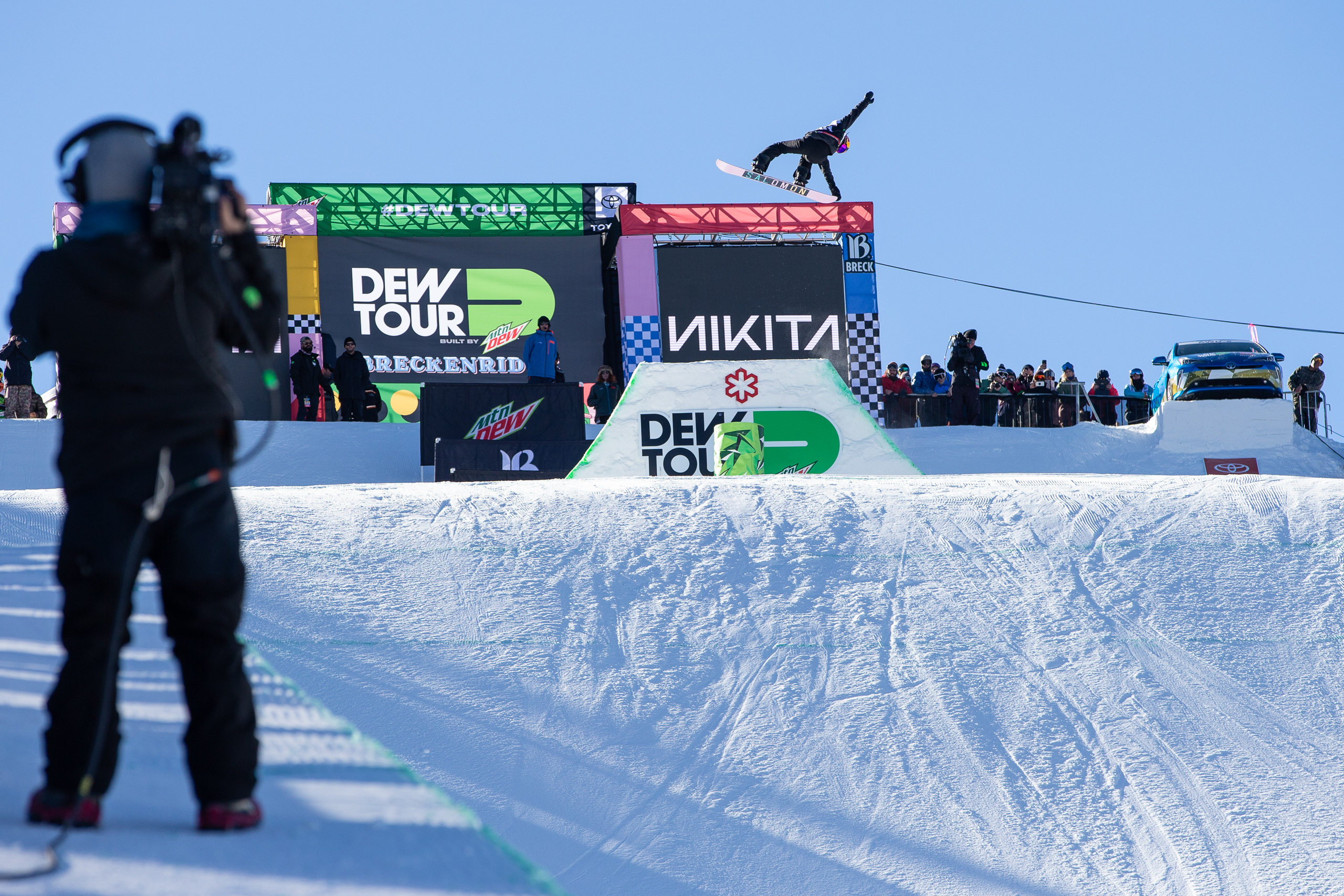 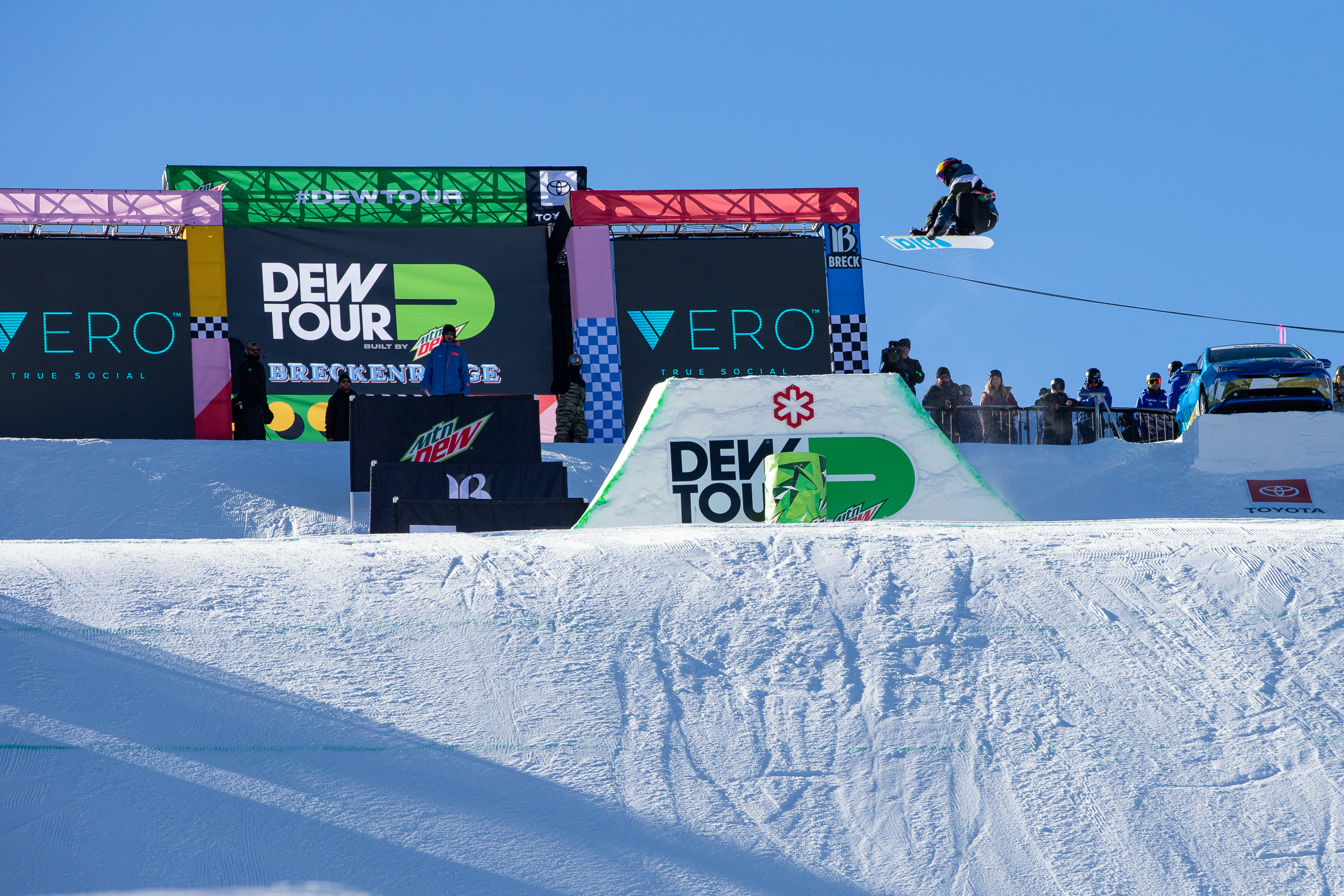 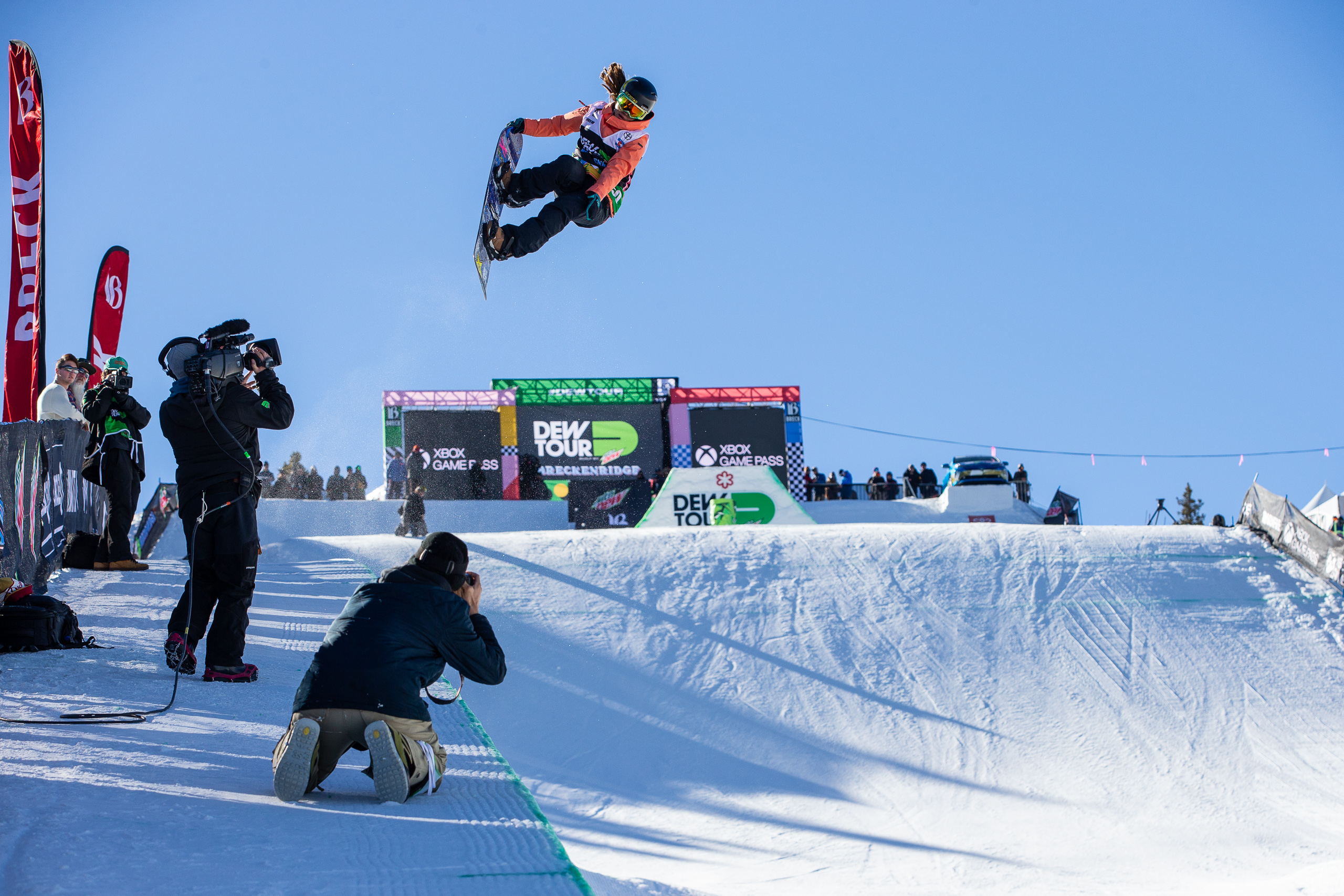 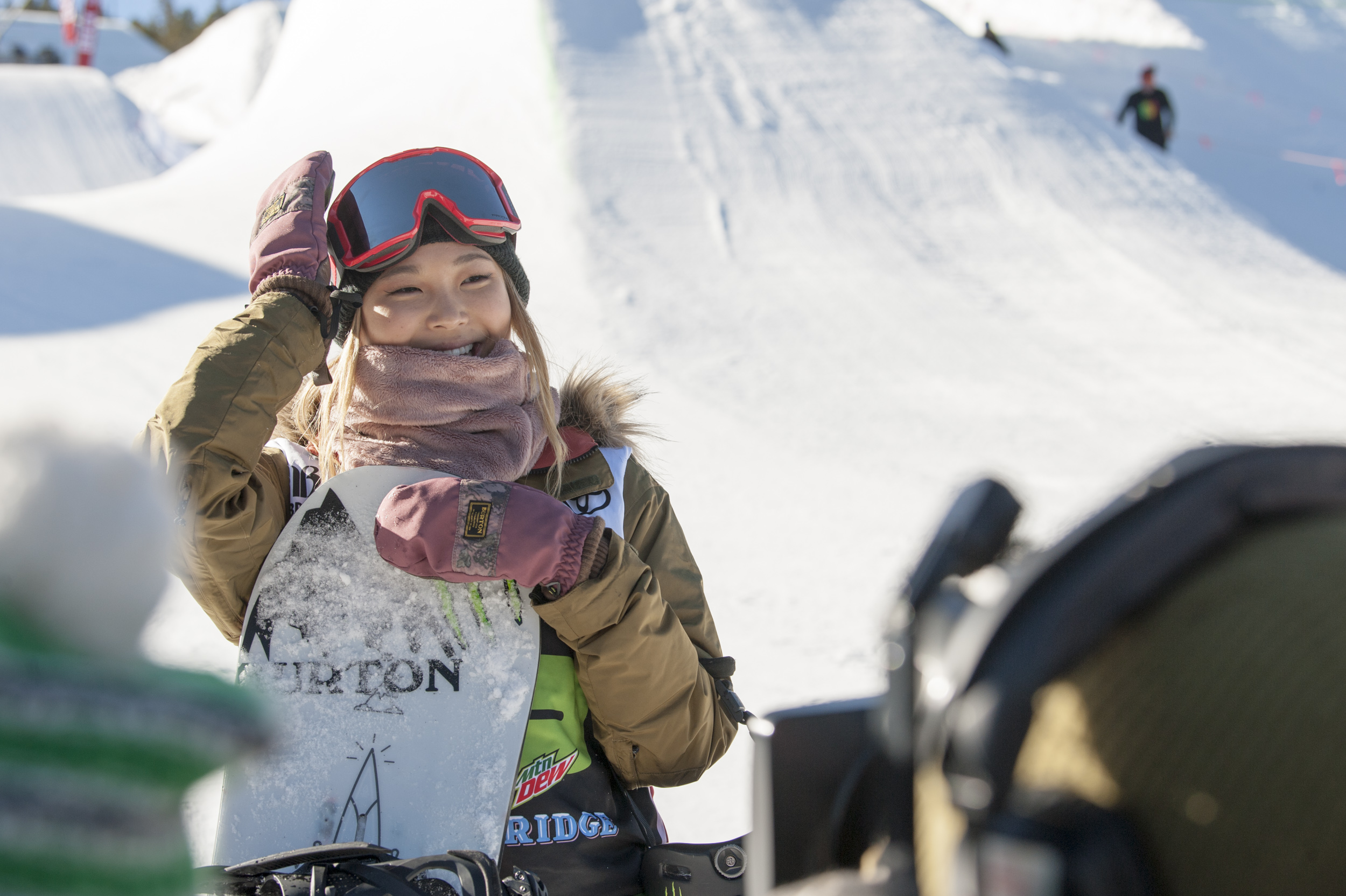 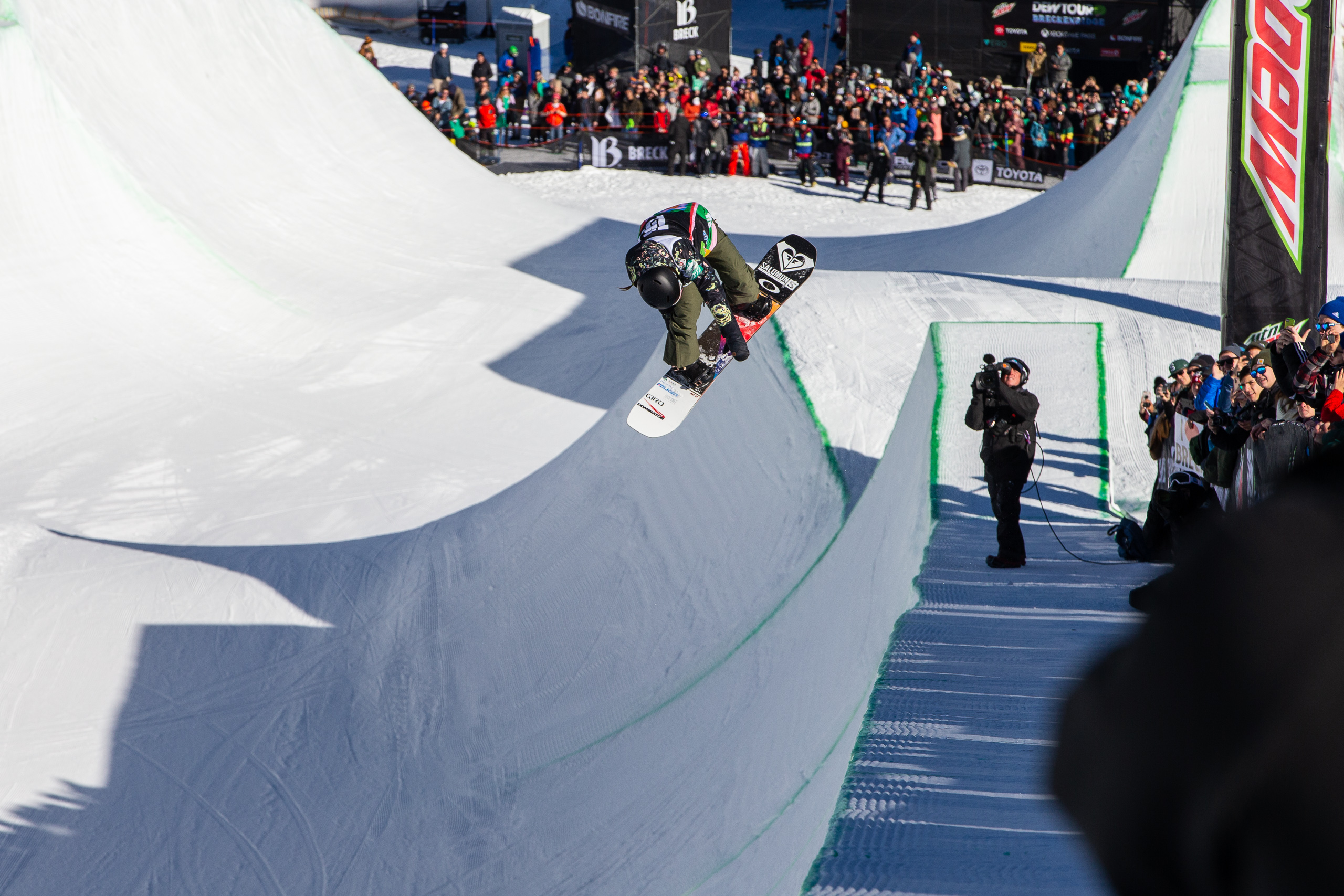 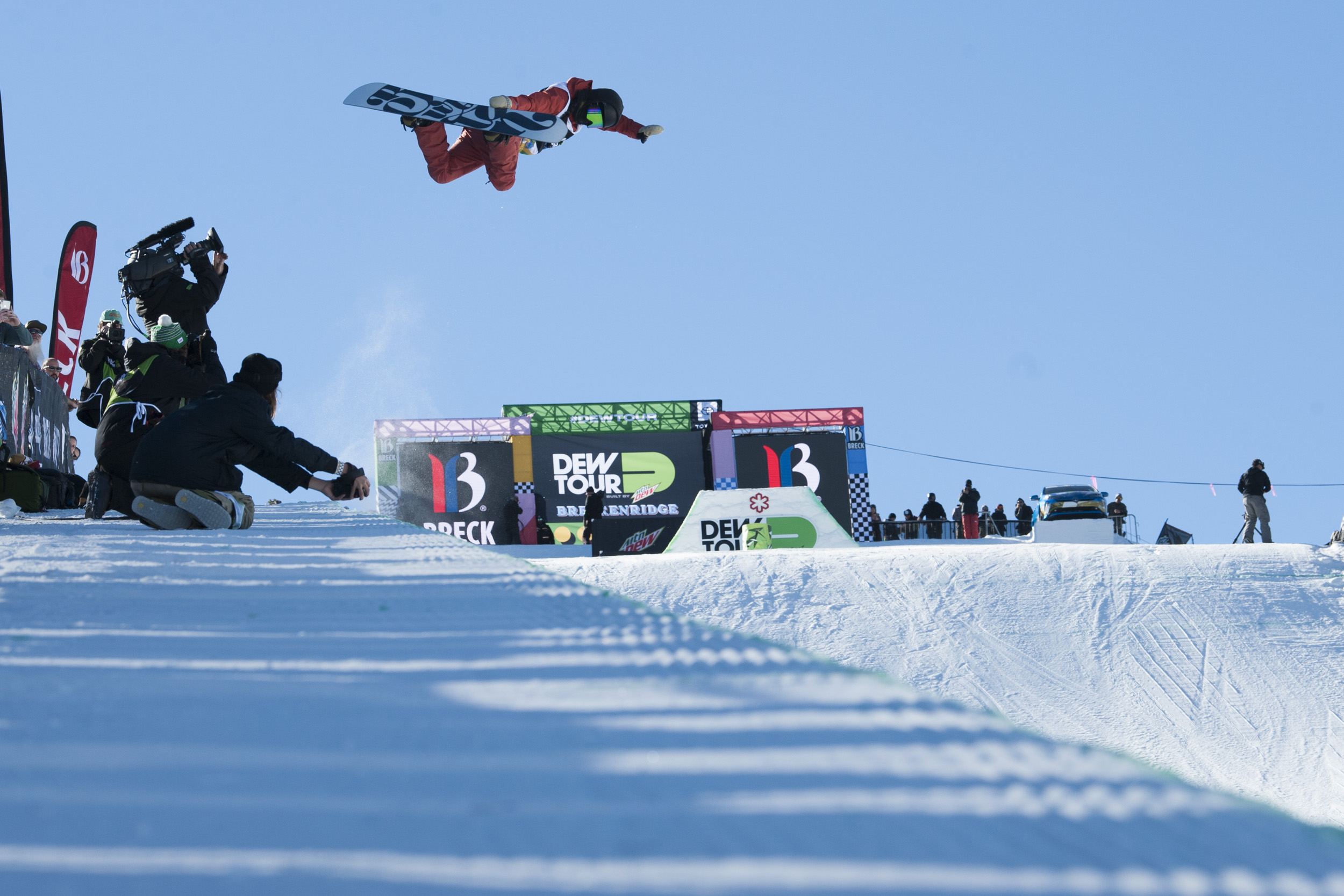 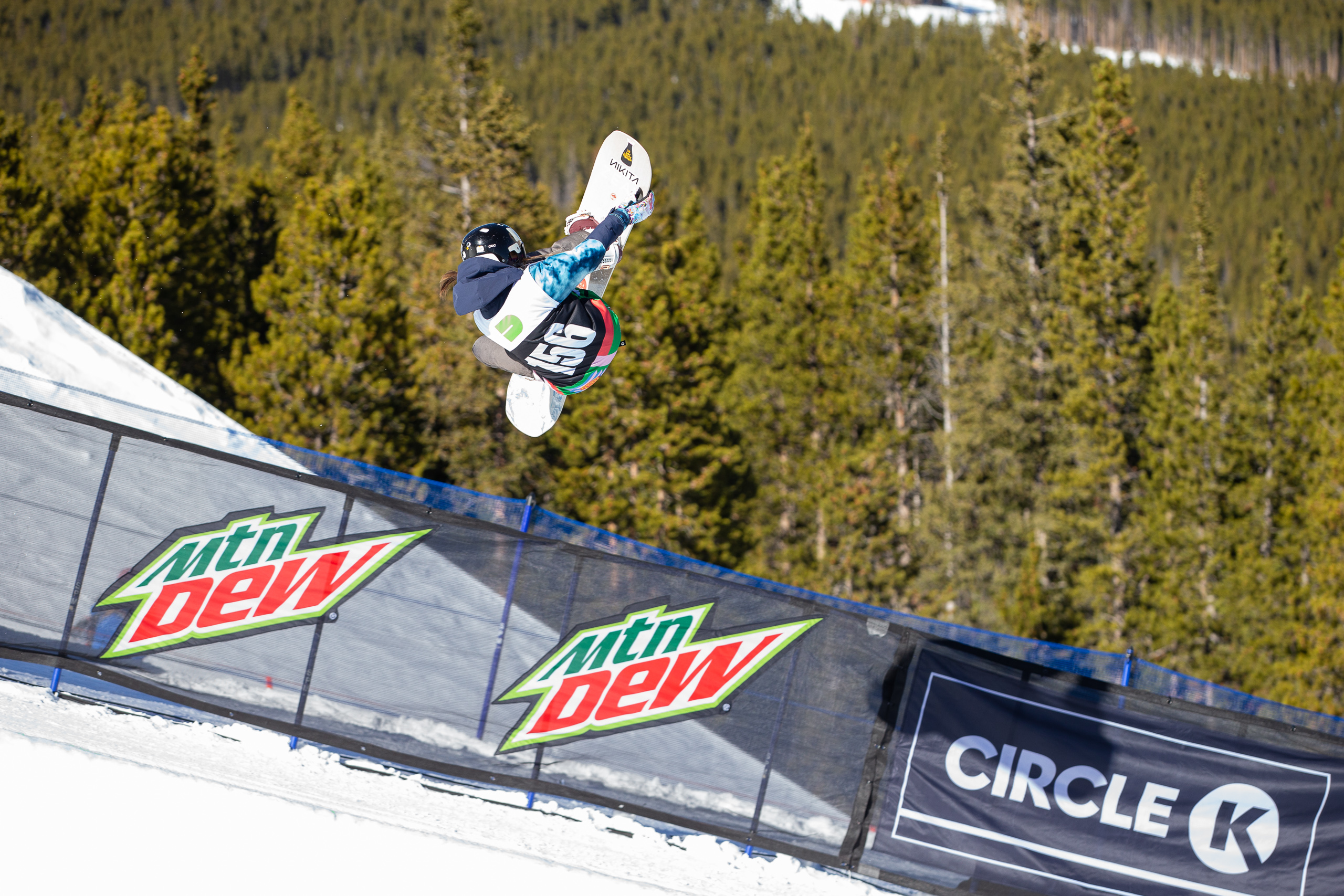 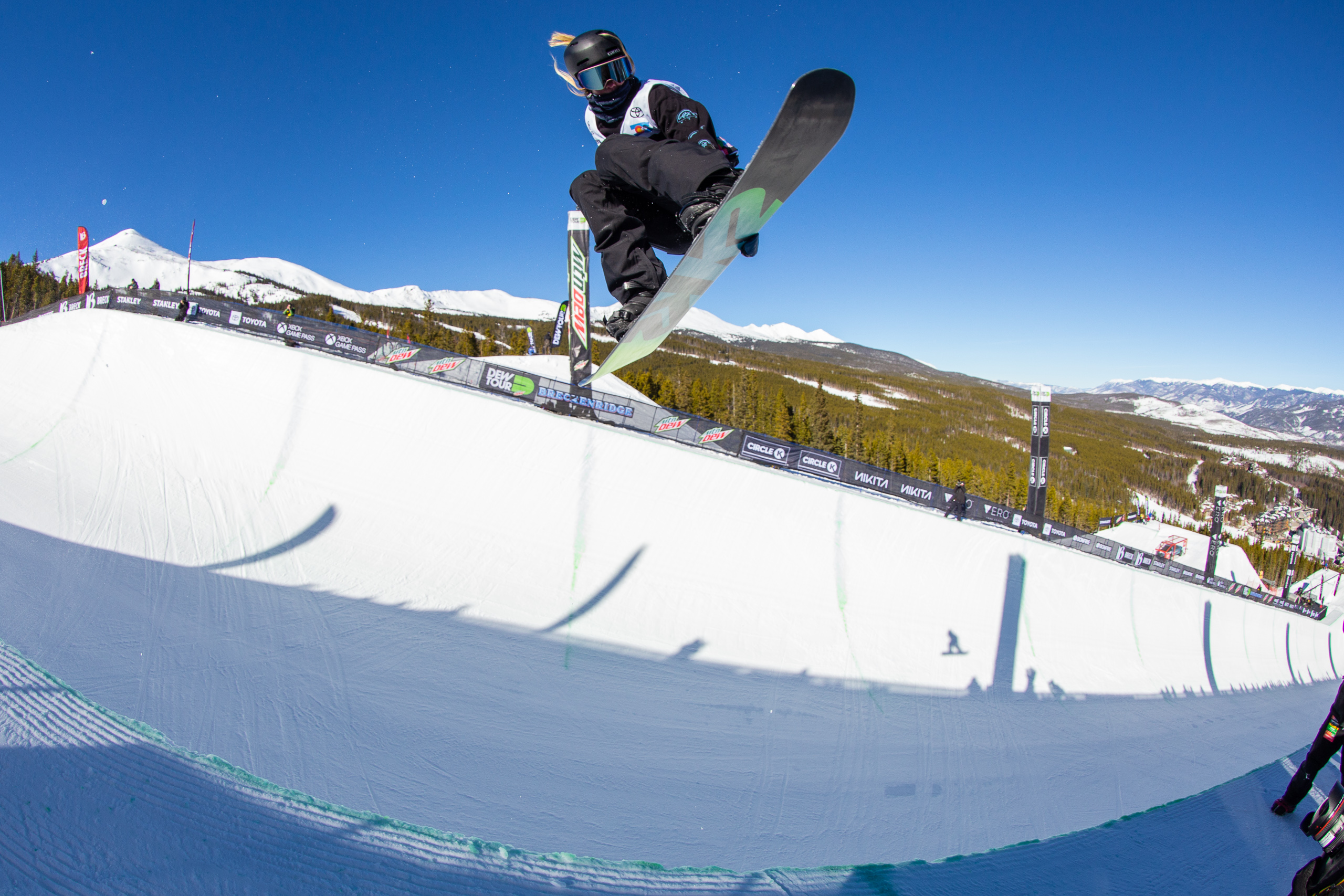 Women rallied the Snowboard Modified Superpipe top-to-bottom for the final day of Dew Tour Breckenridge 2018, and every feature was put to creative use. After eight riders took three runs each with only their highest score counting, the women left fans and judges with a smooth overall impression.

Catapulting each rider into their run was a new shark fin feature. Various of rodeos, flat spins and cranked out grabs set every run up for originality. Standout tricks off the shark fin include Zoe Kalapos giant frontside 360 indy and Jiayu Liu sent an underflip 540 to send the crowd into a roar.

When it came to full runs, however, there were three that stood out among the rest.

Queralt Castellet also had a lofty frontside 360 indy off the shark fin that led into a backside 540 mute, frontside 900 melon, method and ended with a backside 720 with a gentle revert at the bottom of the massive ramp. Her second run was her best, which received a score of 85.33 but she admitted the drive to do it was inspired by her competitors.

“Personally, I don’t think we could do this without each other. The push is what makes us do better,” said Castellet in response to being asked how the women stay supportive while competing. “We have no choice but to support each other, because it is actually the reason why we are where we are.”

Maddie Mastro’s third and final run was the one that bumped her score up its highest at 88.00 and earned her second and her first-ever Dew Tour podium. Mastro had the judges over a barrel with her backside 180 seatbelt off the shark fin. Then she went on to follow up with Haakon flip stalefish, frontside 900 tucknee, backside air to backside alley-oop 270 stalefish out of the pipe hit to set up for one more massive backside air.

The best run of the event came from Chloe Kim on her first run through the Modified Superpipe present by Toyota. To start, Kim sent a backside 540 indy off the shark fin, into a switch frontside 900 melon, switch backside 360 indy, indy McTwist, frontside 360 indy before ending with monster frontside air.

“I had so much fun!” said Kim looking back on the event. “The first couple days was pretty tough for all the girls. We were all just trying to figure it out. Getting the right line was really hard, and getting enough speed. It was a really fun process to figure things out and push ourselves, because we’ve never done anything like this.”