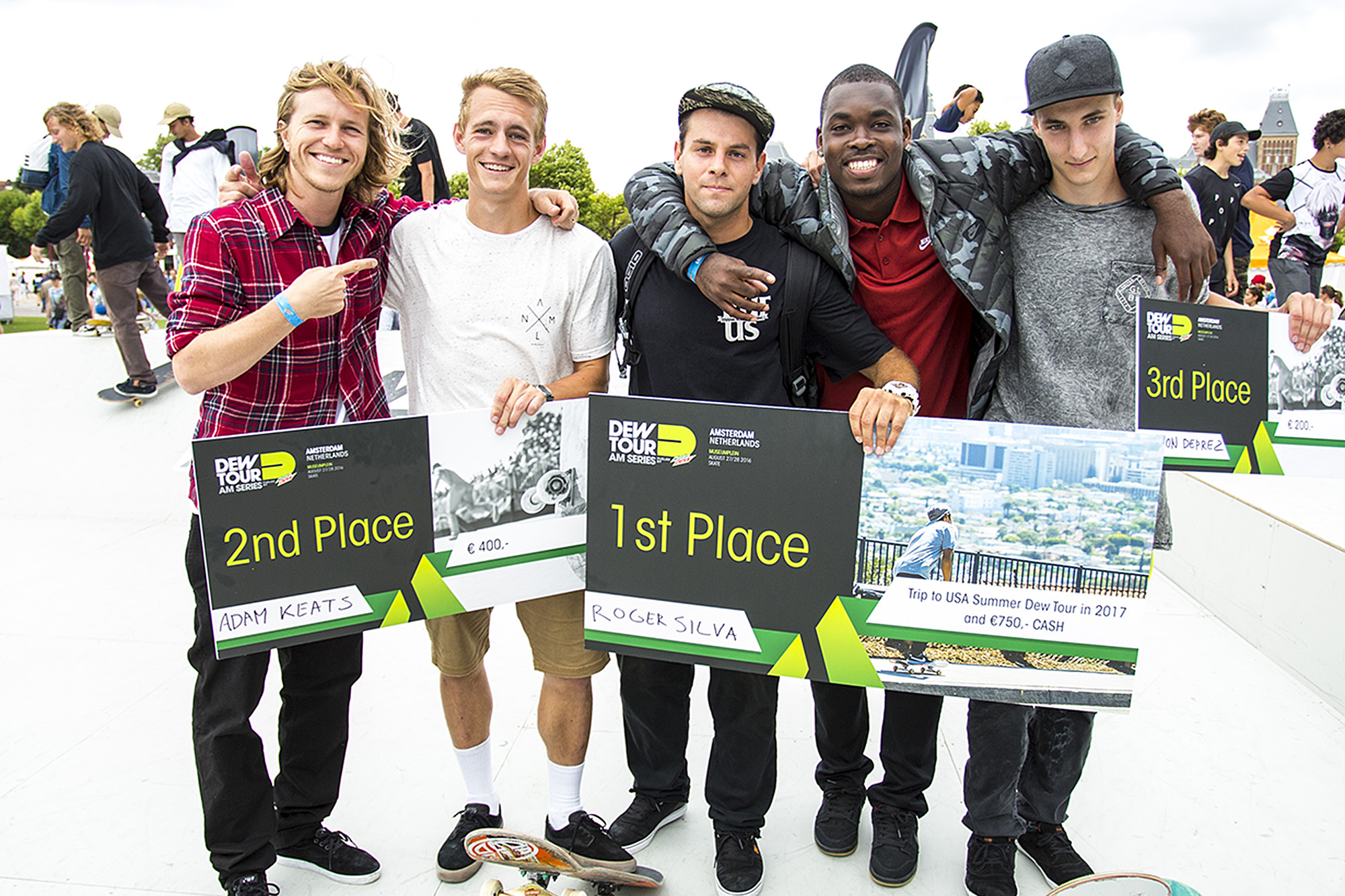 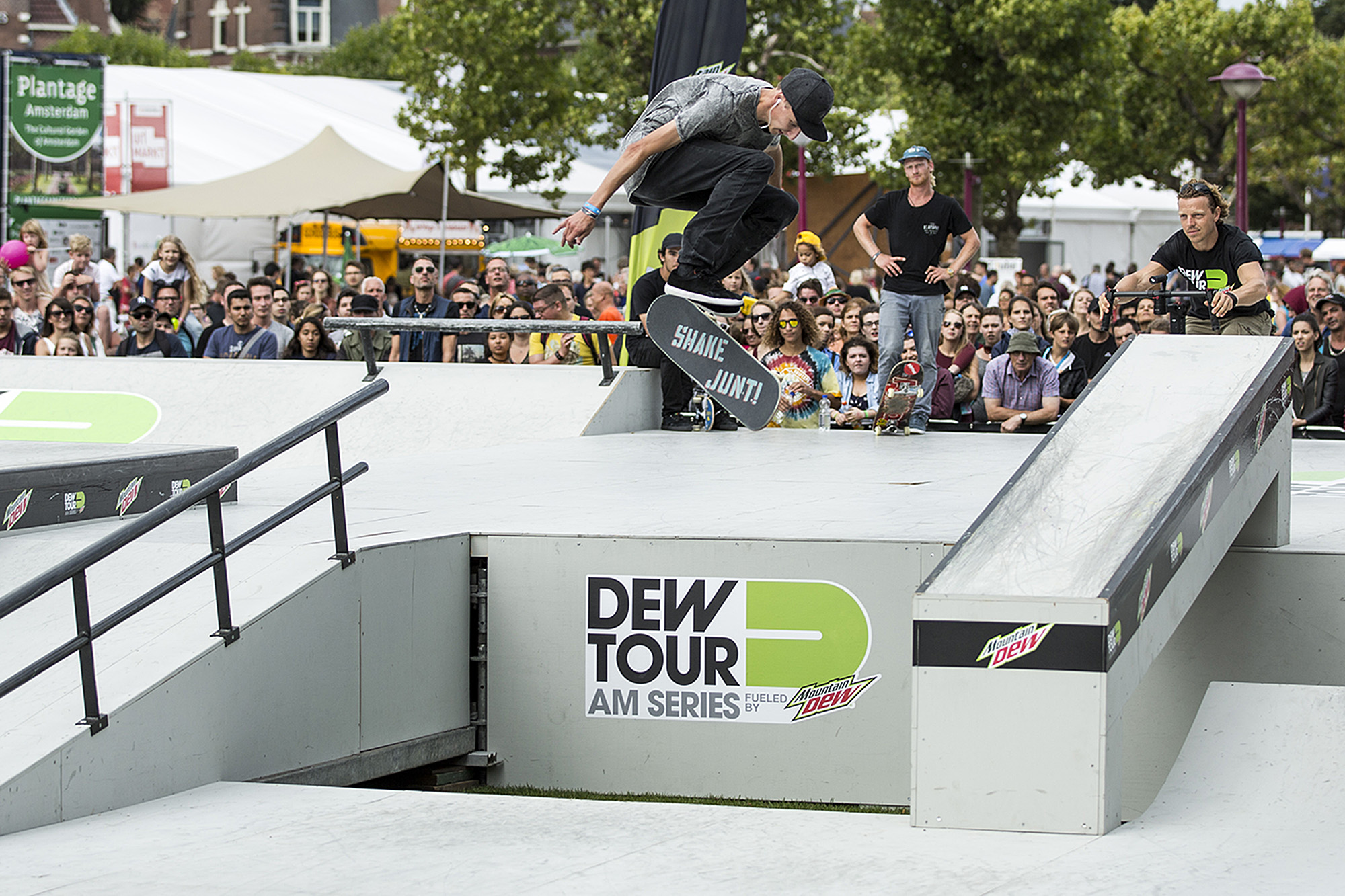 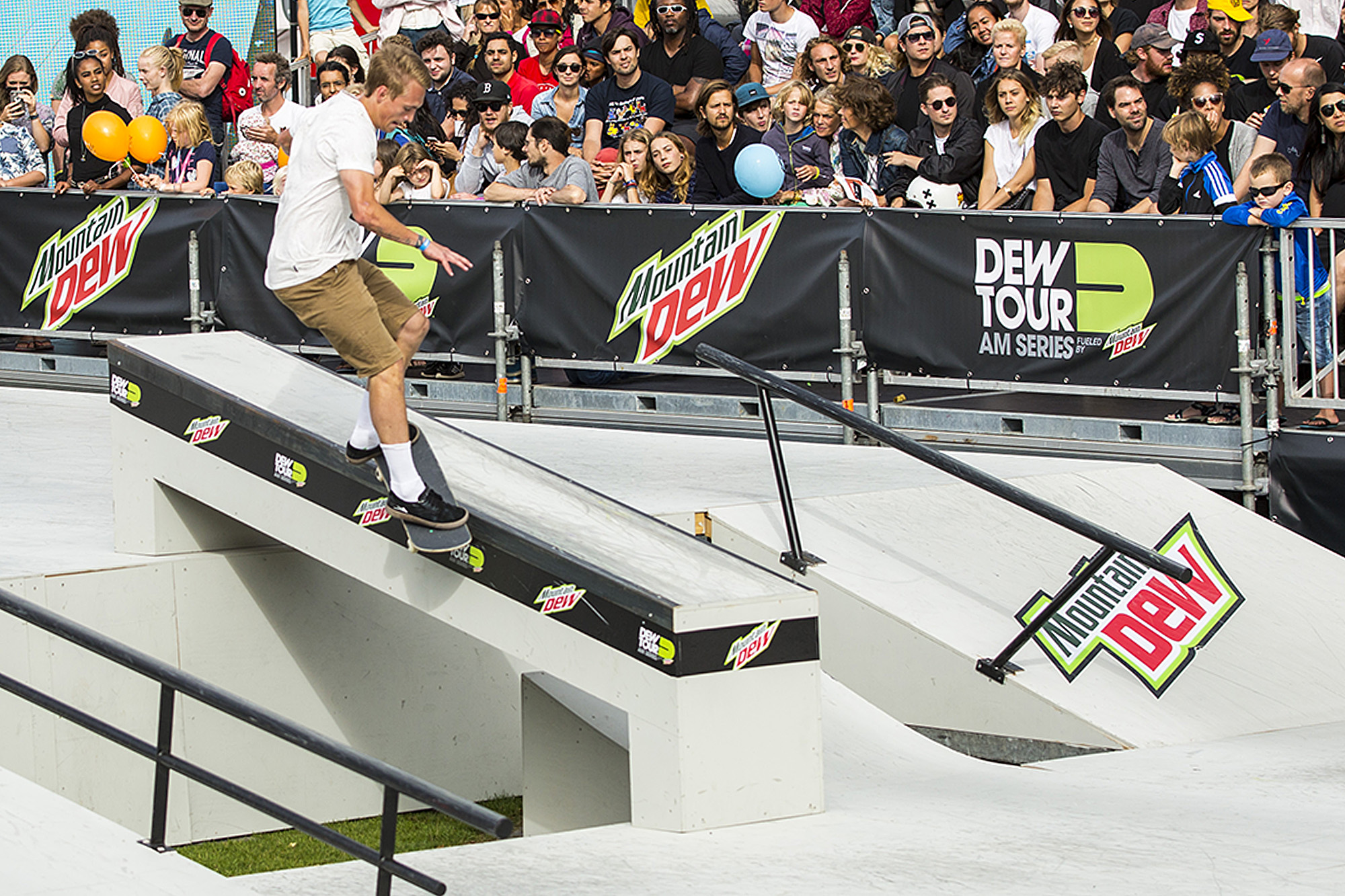 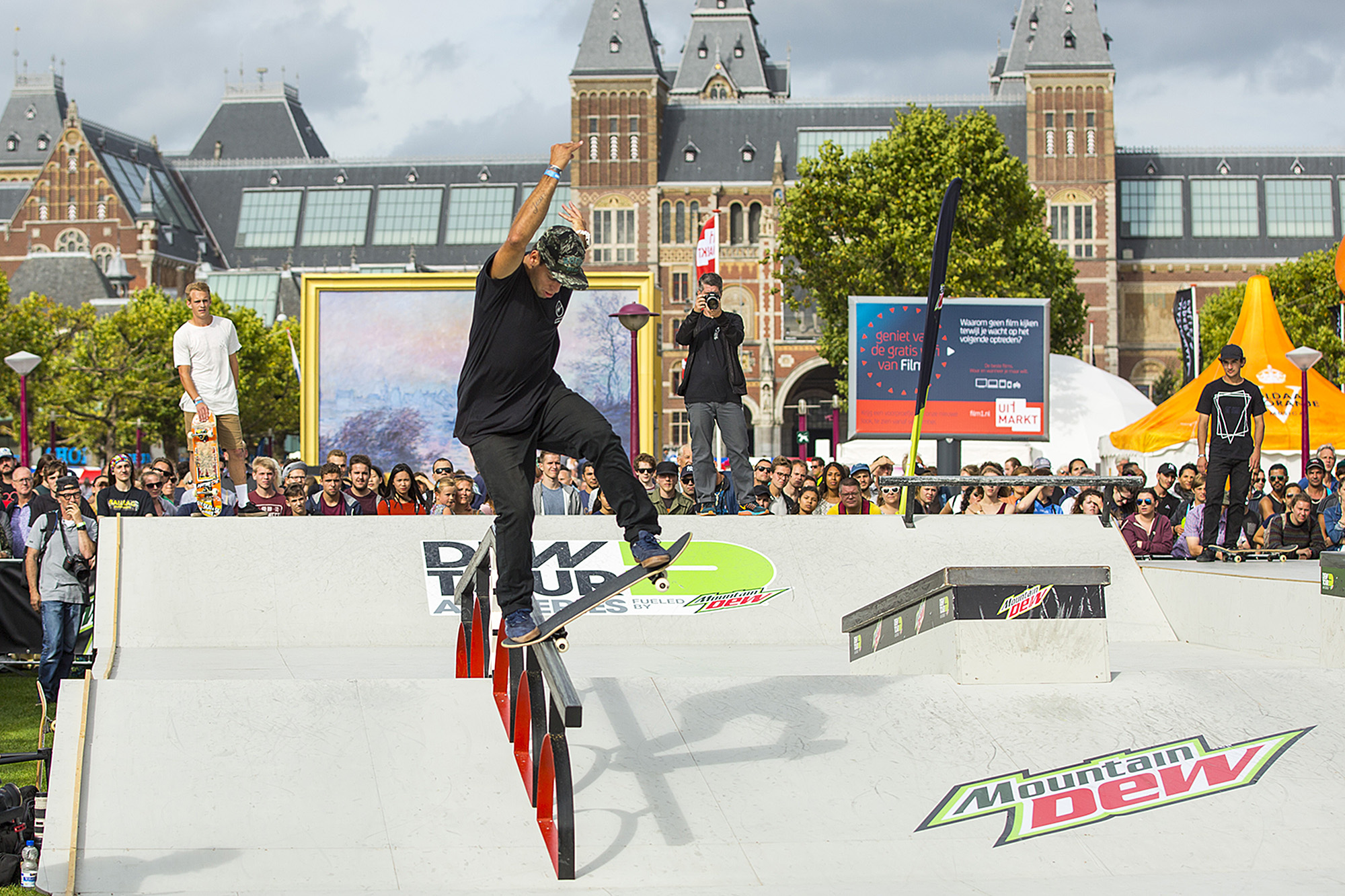 Sunday’s Dew Tour Am Series in Amsterdam hosted a total of 32 amateur skaters from all over the world including Australia, Belgium, Brazil, Canada, Greece, Norway, the Netherlands, Philippines, Spain, Romania, United Kingdom and the United States.

Ten of those 32 amateur skaters were the Dew Tour Am Search video contest winners inlcuding Kobe Graf from Australia, Maycon Luan from Brazil, Shay Shandifor from Canada, Panos Loupos from Greece, Vi Duc Truong from Norway, Chris Belling from the Netherlands, Jeff Gonzales from the Philippines, Marius Christian from Romania, Adam Keats from the United Kingdom, and Collin Slew from the United States.

The qualifying round started on Sunday at 2:00 p.m. with 12 three-minute jam sessions. Right away the pack had to be thinned out, dropping from 32 contestants to 15 semi-finalists. Adam Keats, Maycon Luan, and Marius Christian were three of the 10 Am Search winners that made it into the semi-finals.

Keen combos made by Adam in the semi-finals were frontside Smith grind to frontside boardslide, feeble to back lip, and frontside boardslide sex change. Maycon’s unique selection of tricks featured a kickflip one-footed nose manual across the manual pad and an impressive 360 hardflip. Marius chomped on the A-frame rail with feeble grinds and fired off a backside kickflip down the grass gap.

Rob Maatman from the Netherlands, Roger Silva from Spain, Adam Keats from the United Kingdom, Woody Hoogendijk from the Netherlands, and Simon Deprez from Belgium were the five to make it into the finals. This time it was one five-minute heats that featured a 30-second introduction run of each skater. Adding two minutes to everyone’s run gave them the chance to land the tricks they had on lock and towards the end the “special” tricks, as they were called by the announcers, were thrown down.

When it was all over, Roger Silva took home first place along with a cash prize of 750 euros and a trip to next year’s Dew Tour in California. Second place was Adam Keats who was in shock to have made it onto the podium and in third place was Simon Deprez bring home third place to Belgium.

Winning Results From the Dew Tour Am Series Amsterdam 2016

Justin Schulte and Theotis Beasley getting in front of the lens with the podium winners Roger Silva, Adam Keats and Simon Deprez.