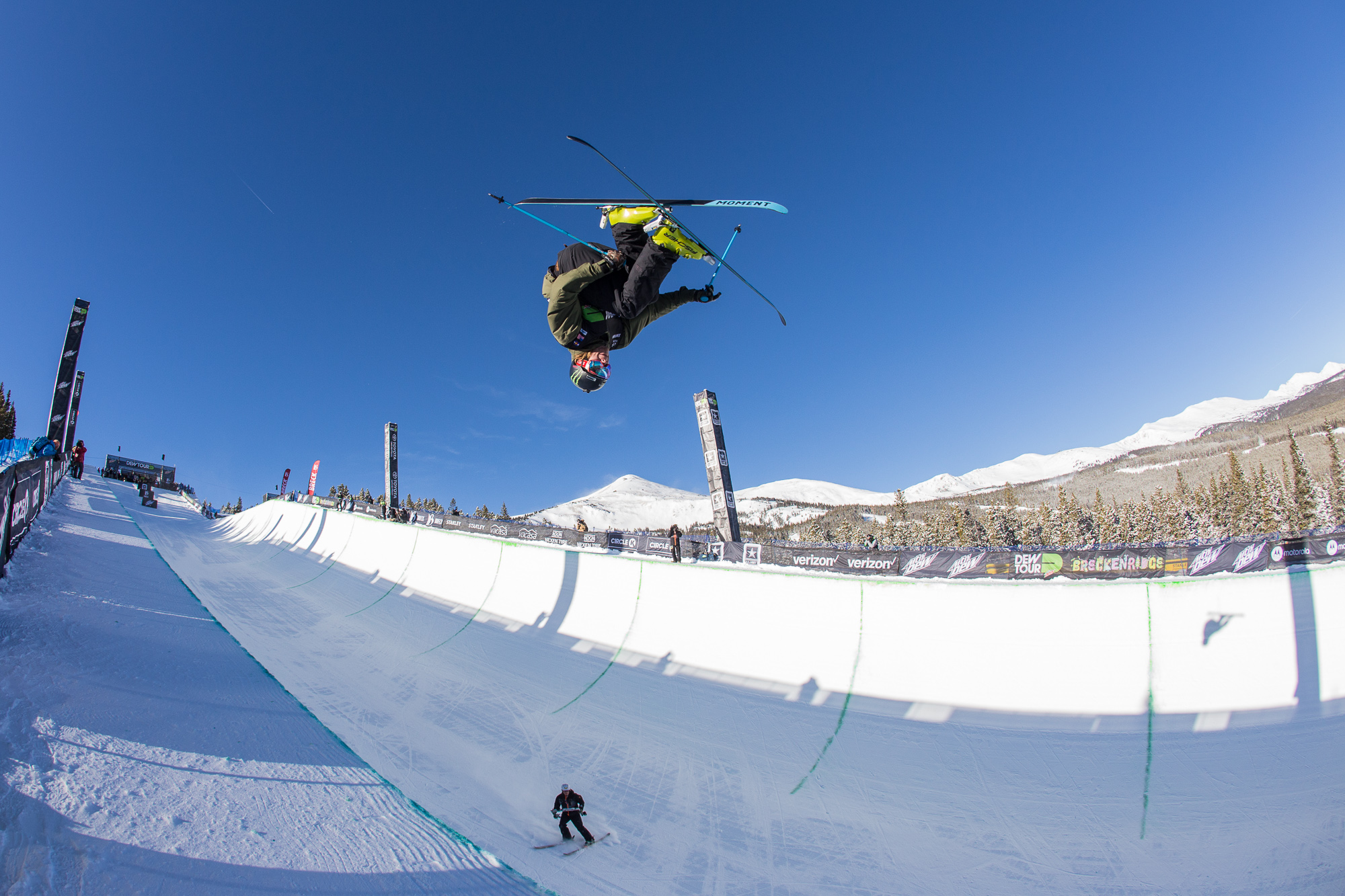 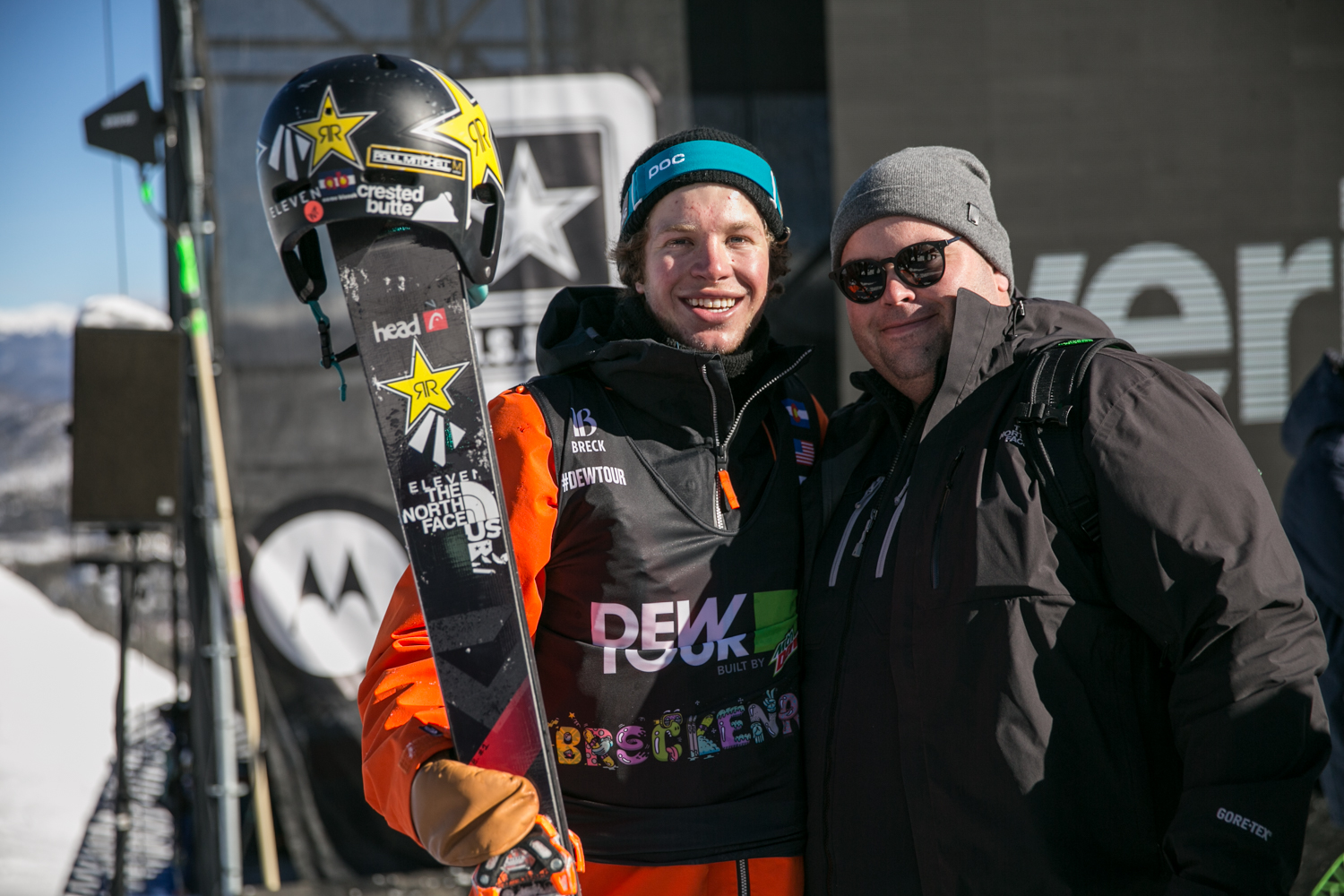 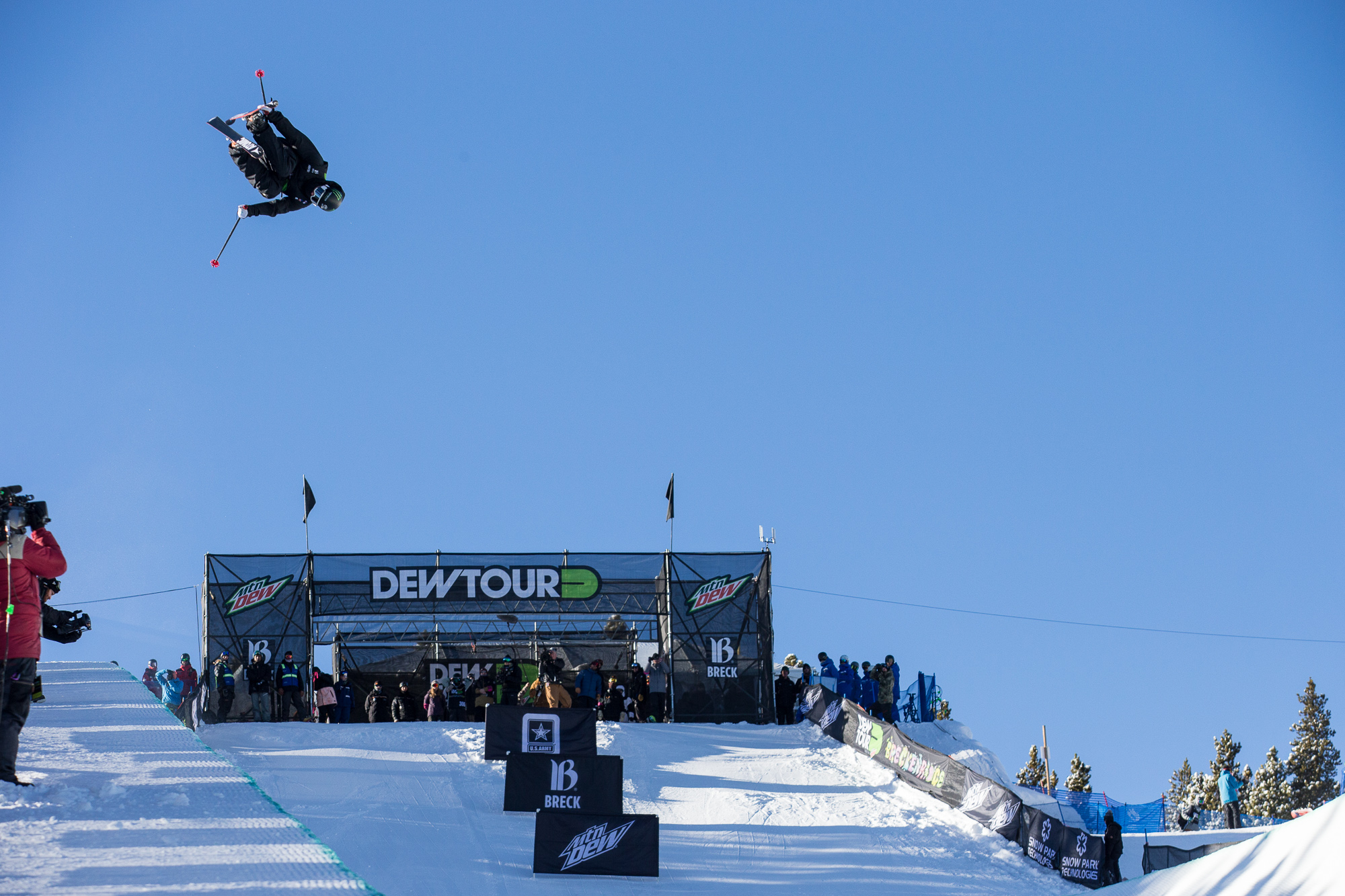 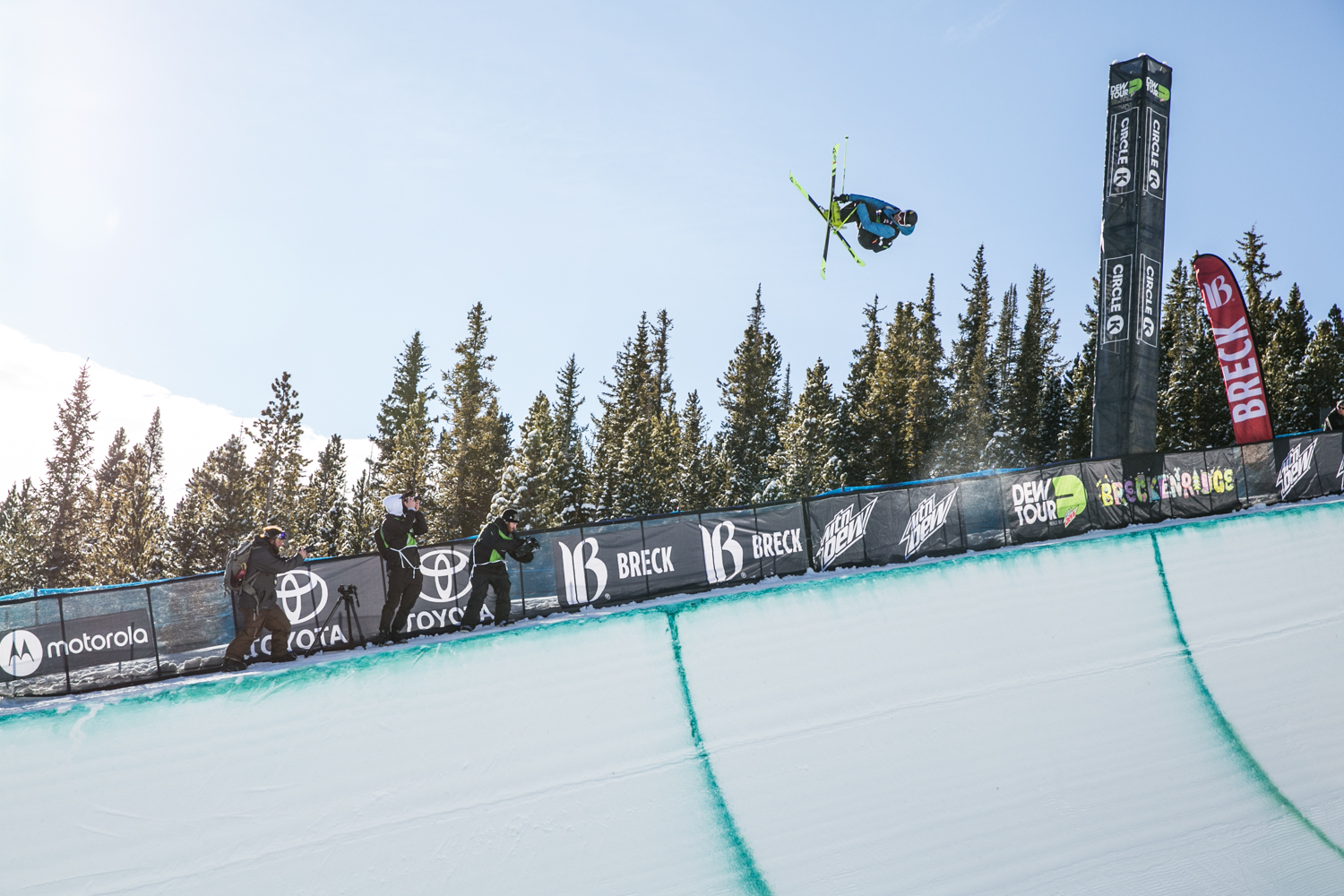 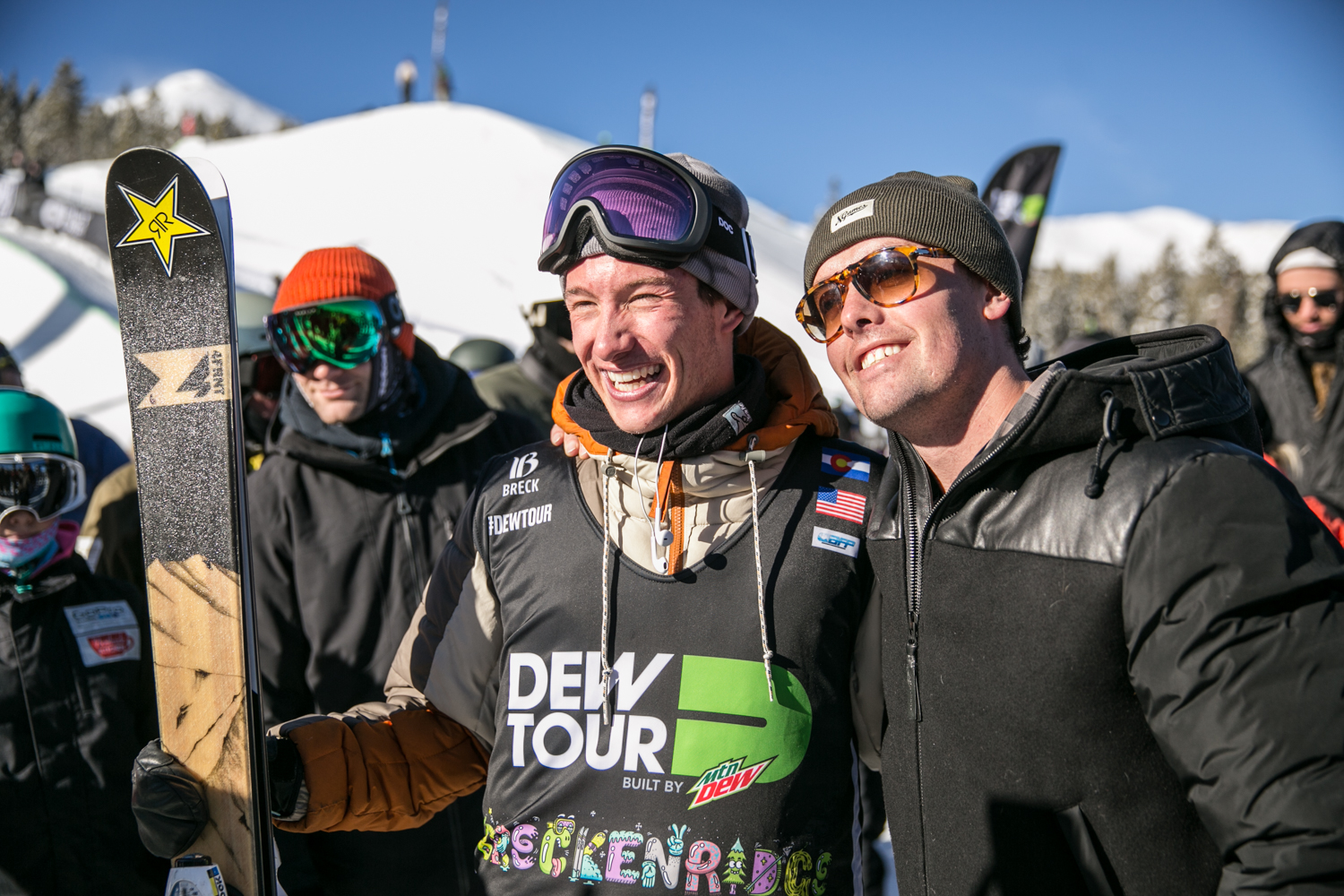 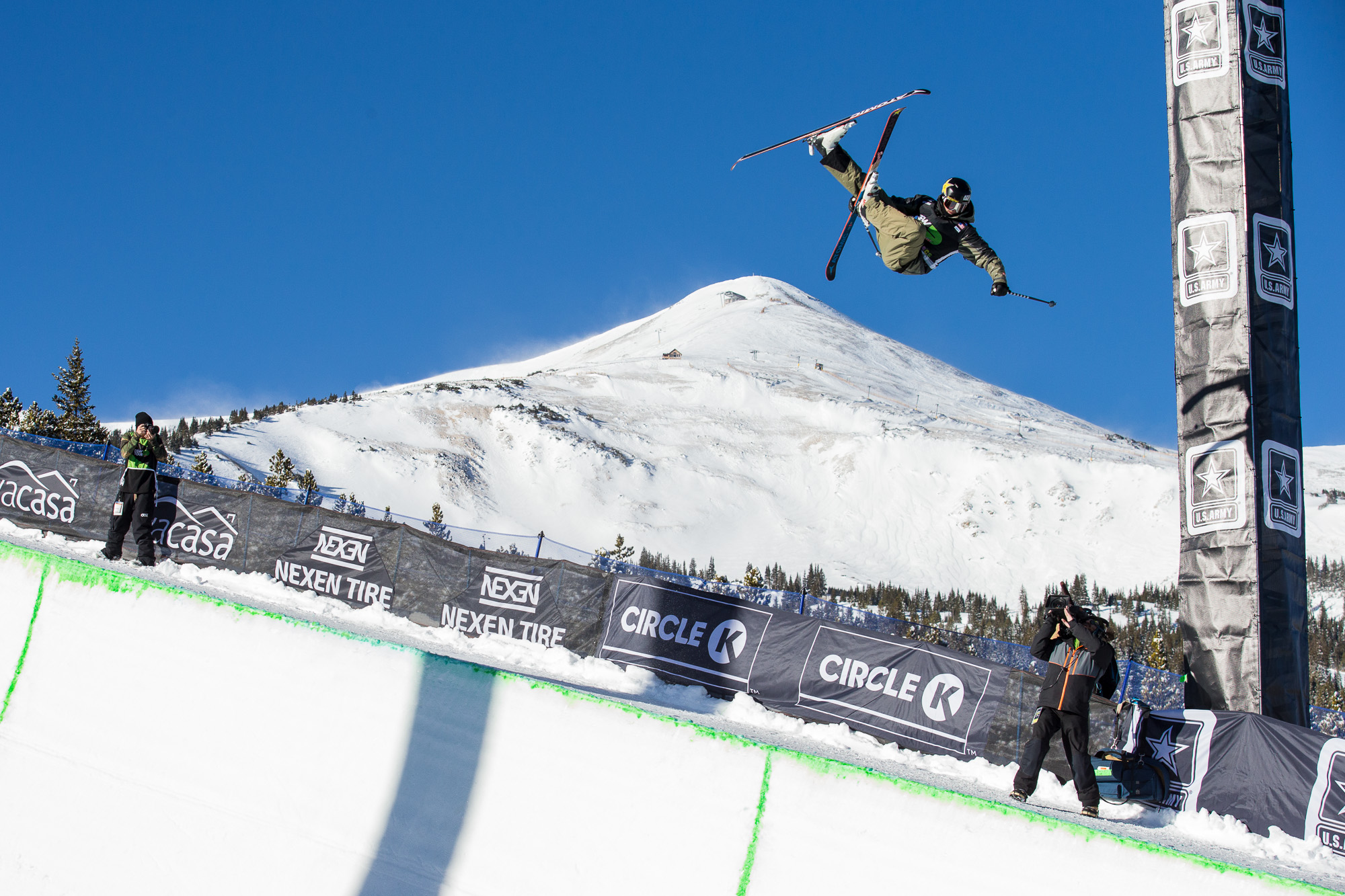 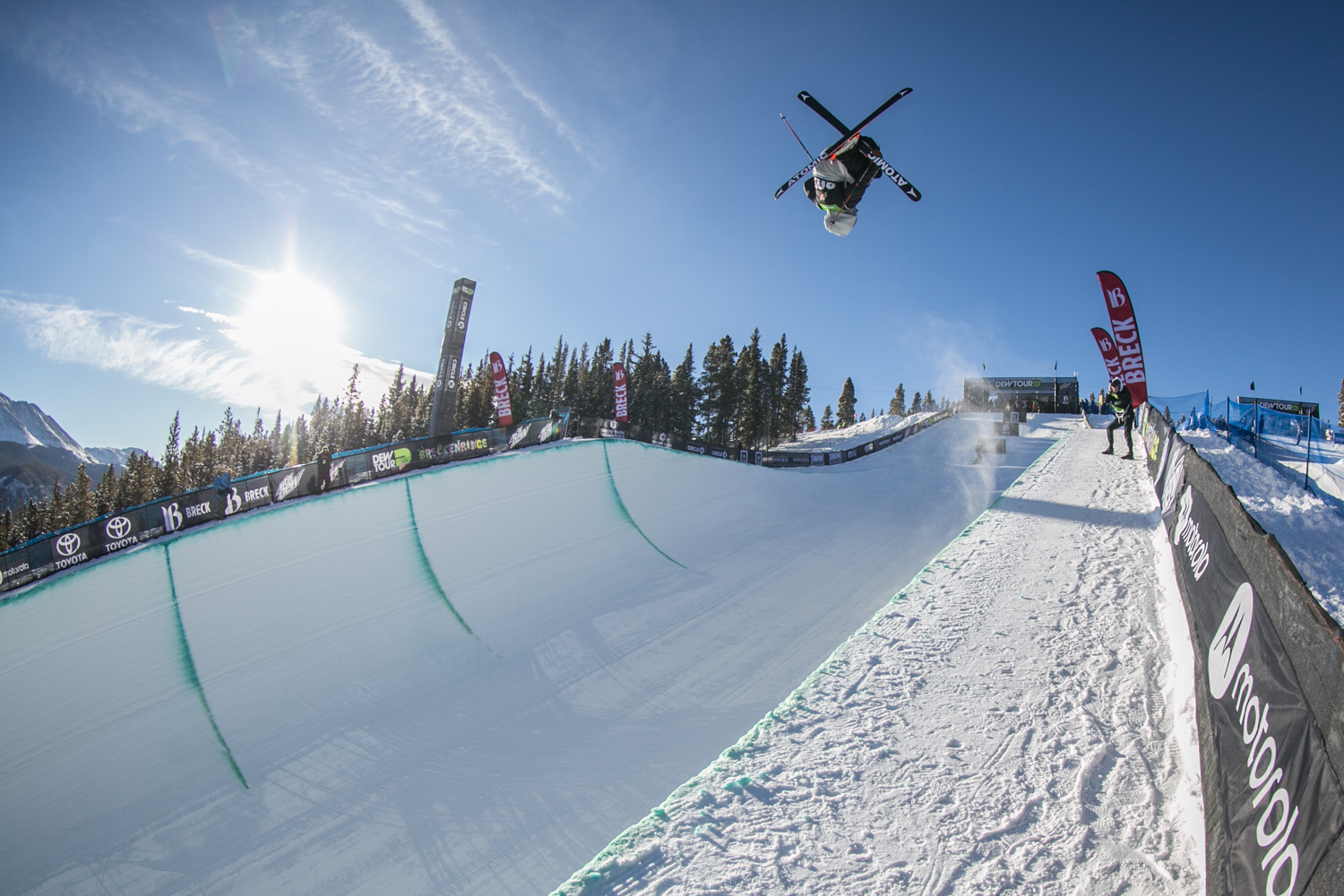 The men dropped into a freshly groomed pipe in bluebird conditions today for the ski superpipe finals. After two days of variable weather, the cold, calm day was a relief for the athletes.

Alex Ferreira took first with a near-perfect run. After landing an impressive second run and securing second place, he came back for round three with more amplitude and a cleaner grab on his second hit, bumping his score up to 94.66—and securing him the top spot on the podium. His run was incredibly technical, with four dubs: a right dub 1260 mute, a left dub 1080 safety, an insane left dub 1280 mute, and a down the pipe dub flat 900 Japan. Ferreira’s been working on the run for two years.

Ferreira narrowly beat out fellow American Aaron Blunck, who put down an incredibly stylish and technical run in the second round, scoring a 93.33. He started with a right 720 stale, followed by a switch left dub 900 Japan, a perfectly executed switch right dub 1080 Japan, a left 900 tail, and a right dub 1260 blunt.

Both Americans were excited about their Olympic qualifying podium spots, but fully acknowledged the many challenges ahead with such a deep athlete field from the United States.

“These next couple months are definitely gonna be pretty stressful but I think Alex and I are kind of going at it with a grain of salt. We’re trying not to think about it as an Olympic qualifier because at the end of the day it’s still skiing for us. We’re just enjoying out time out there,” says Blunck.

Frenchman Kevin Rolland took third with a run packed with difficulty but less stylish and smooth than Blunck and Ferreira’s. He was thrilled to land a left dub 1440 and a total of three dubs despite minimal time in the pipe before finals.

Torin Yater-Wallace came in fourth, laying down just one complete run in the final round. His first hit—a right dub 1260 mute—was massive.

David Wise, always a favorite for the pipe podium, struggled to get his grabs in his first lap, and didn’t manage to complete a run in the subsequent rounds. Birk Irving opted out of his last two runs after taking a hit to the head in a crash in the first round.

Aaron Blunck is all smiles after his incredible run and second place finish. Photo: Durso

Alex Ferreira called this one of the best days of his life, after landing a run he'd worked on for two years. Photo: Durso

Taylor Seaton is a career athlete with his sights set on Pyeongchang. Photo: Durso