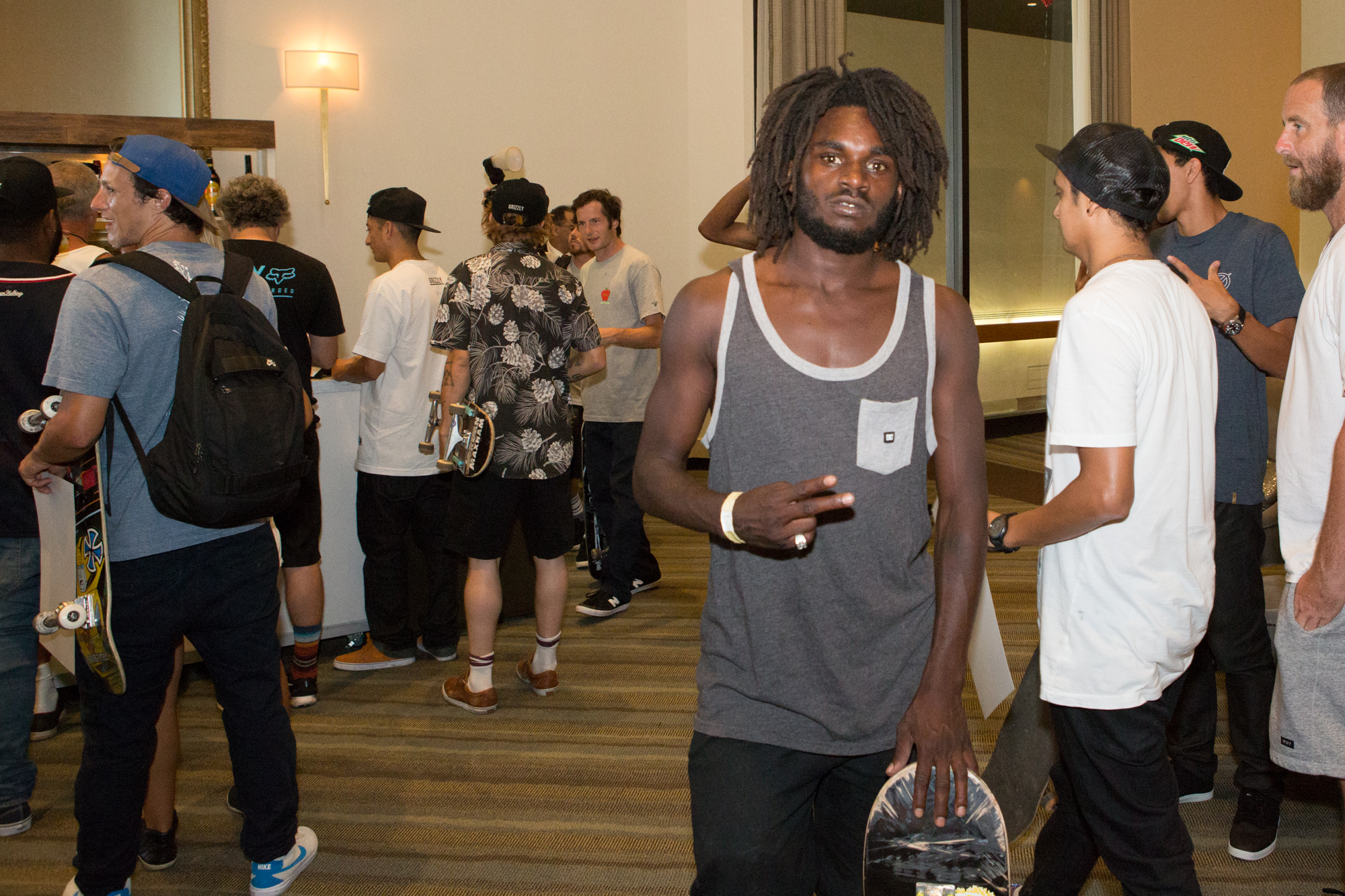 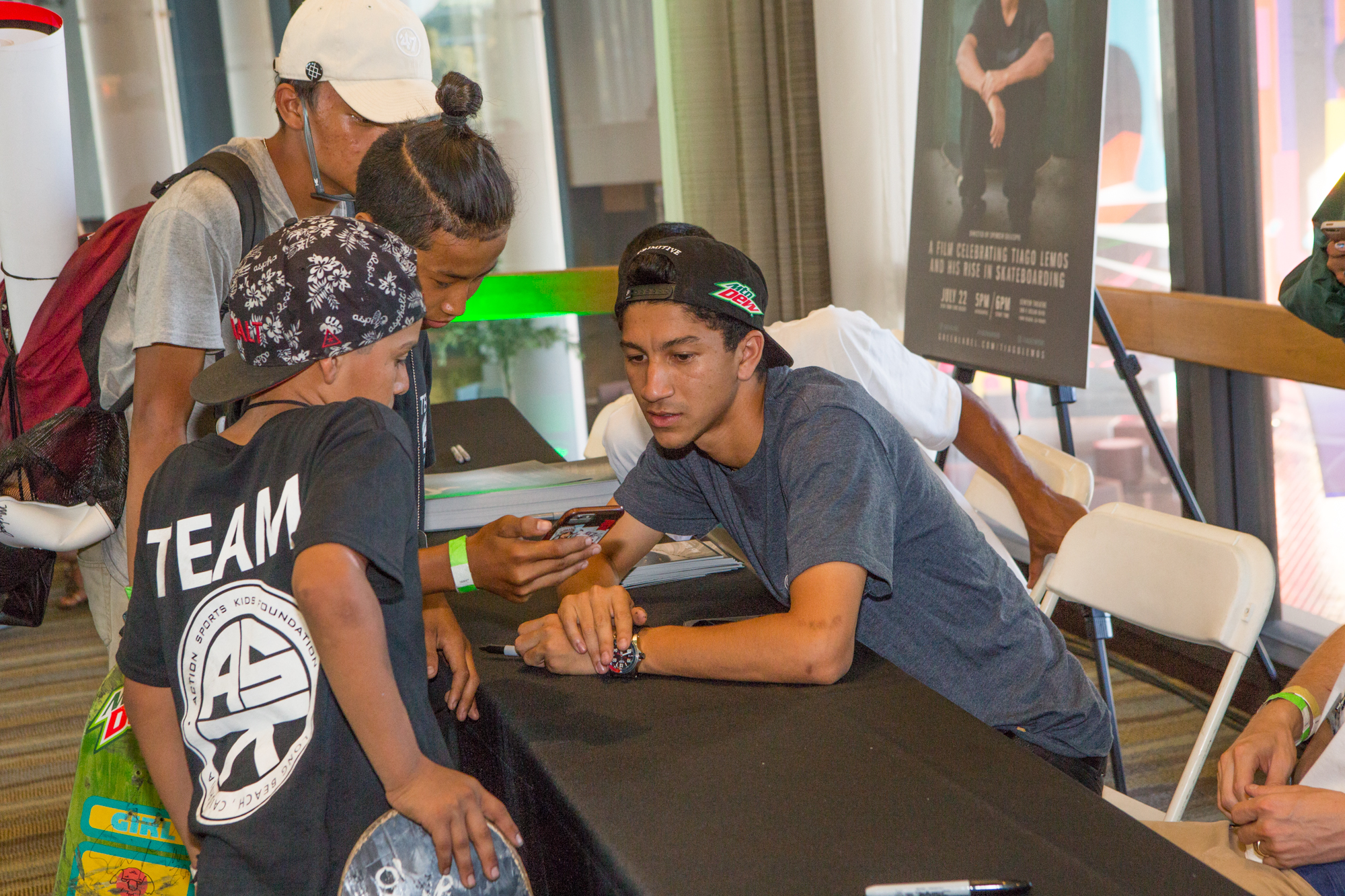 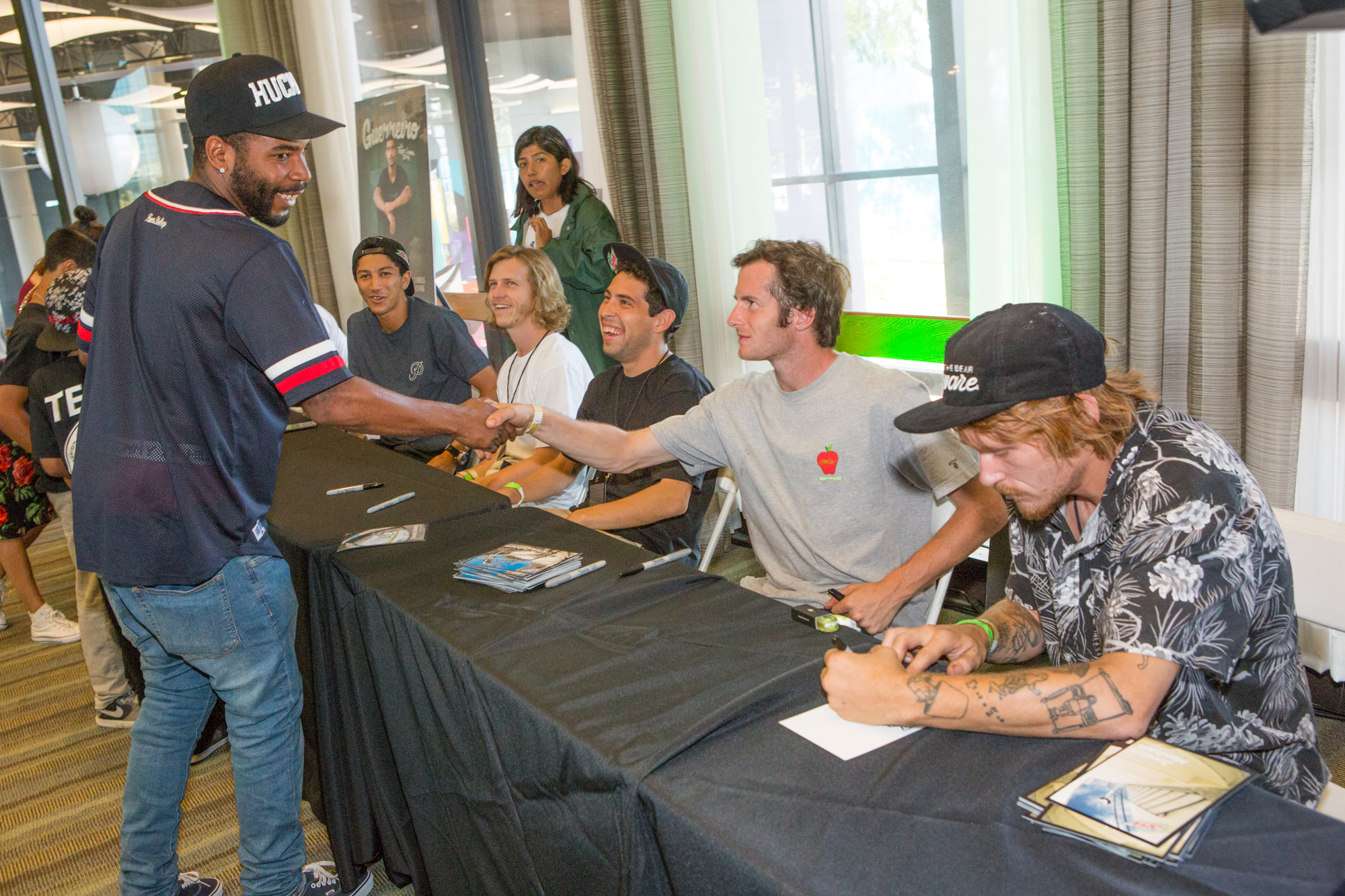 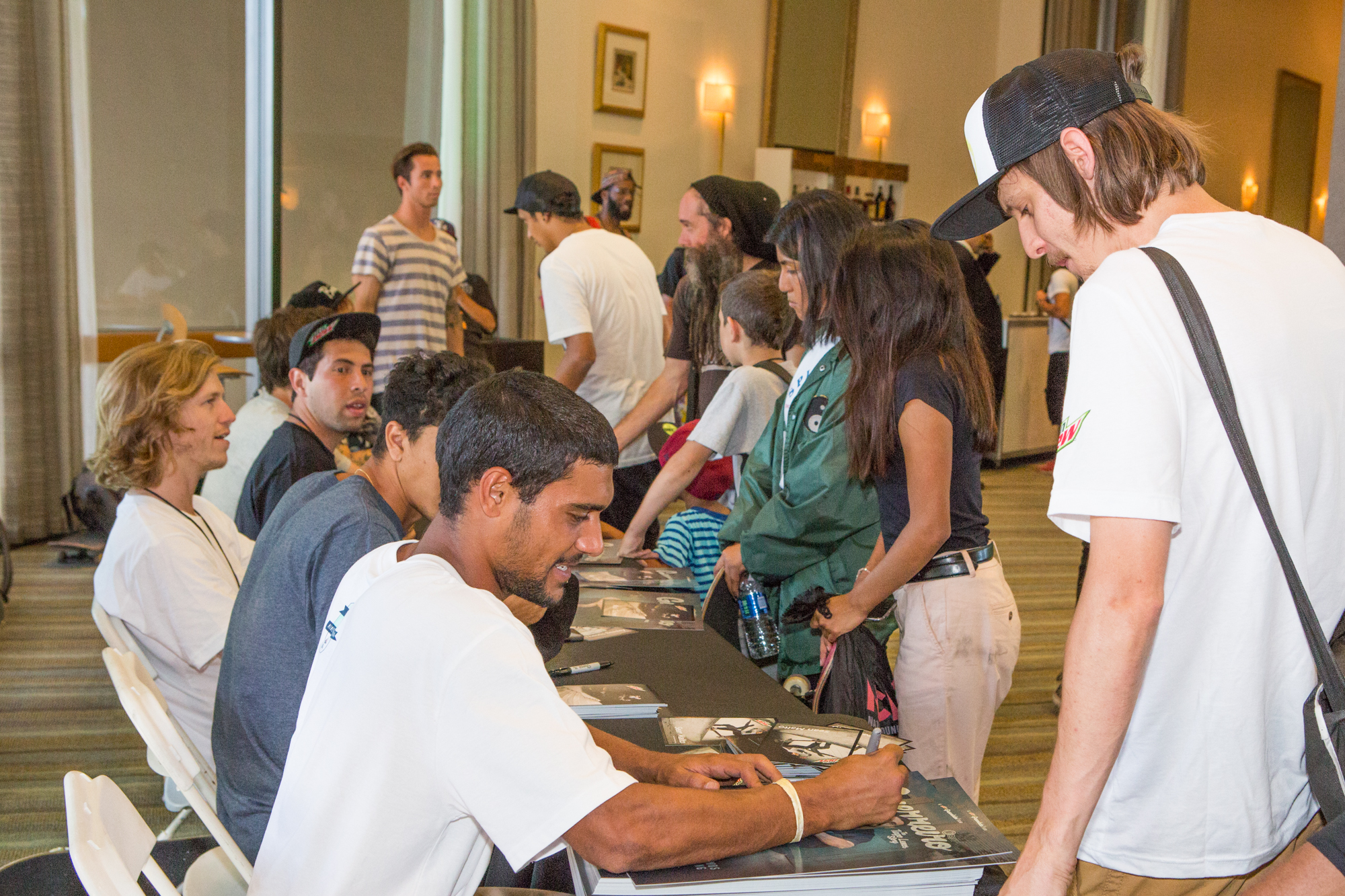 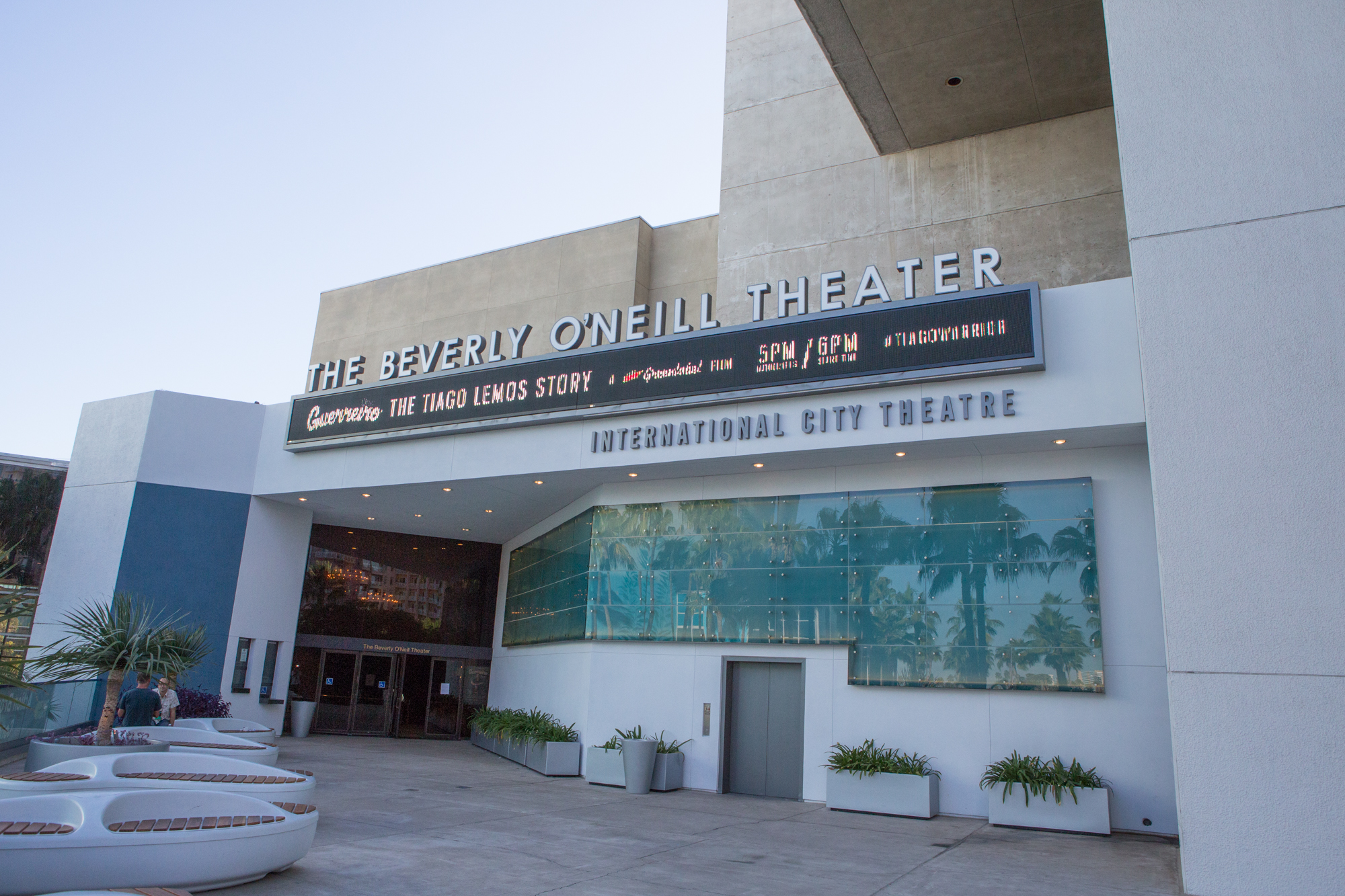 There’s no better way to get hyped for a weekend of amazing skateboarding than to watch some ripping on the big screen. Dew Tour weekend started strong Friday evening with the debut of skateboarding’s newest documentary Guerreiro: The Tiago Lemos Story.

The line outside the Center Theatre was filled with eager fans and industry-types, anticipating what they were about to see. Once seated, Emcee Chris Cote introduced the men of the hour. Spenser Gillespie, who made the film with Green Label, and Lemos himself. Both men were called to the stage to say a few humble, reluctant words, and then the film began.

South America has a reputation, in the skateboarding world, for producing some of the gnarliest talent of all time. Bob Burnquist, Rodrigo TX, Felipe Gustavo… there are too many to name them all, but they migrate north of the equator, and very quickly cement their names in the history books. Tiago Lemos’ name is the latest, and the cement is still wet, but he’s made an unforgettable impression already.

Guerreiro follows Lemos’ rapid trajectory from a small farming town in Brazil to the streets of Long Beach, California. It may sound like a familiar origin story, but Lemos’ story is a little different. Sure, he came from a farm town. Of course, going pro was always a dream. And yeah, his parents were typical parents, and worried about their son. But they soon learned that Tiago was destined for something more.

His big break, more or less, came when he met Ty Evans. It didn’t take long for Evans to see the natural ability in Lemos, and so Evans recruited him for a part in his film We Are Blood. This part earned Lemos the cover of TransWorld SKATEboarding, a spot on the DC team, and a pro model from his board sponsor, BLVD.

Skateboarding documentaries are always a great way to take a look behind the scenes, and to see what makes someone tick. Once you watch Guerreiro, though, you’ll realize that this is only part one of the documentaries that will capture the amazing skateboarder that is Tiago Lemos.

Cyril Jackson throwing up the deuce getting ready for the premiere. Photo: Crosland

There was no waiting to get to the man of the hour, Tiago Lemos at the start of line. Photo: Crosland

You'll be able to watch Guerreiro: The Tiago Lemos Story over at Greenlabel.com Photo: Crosland