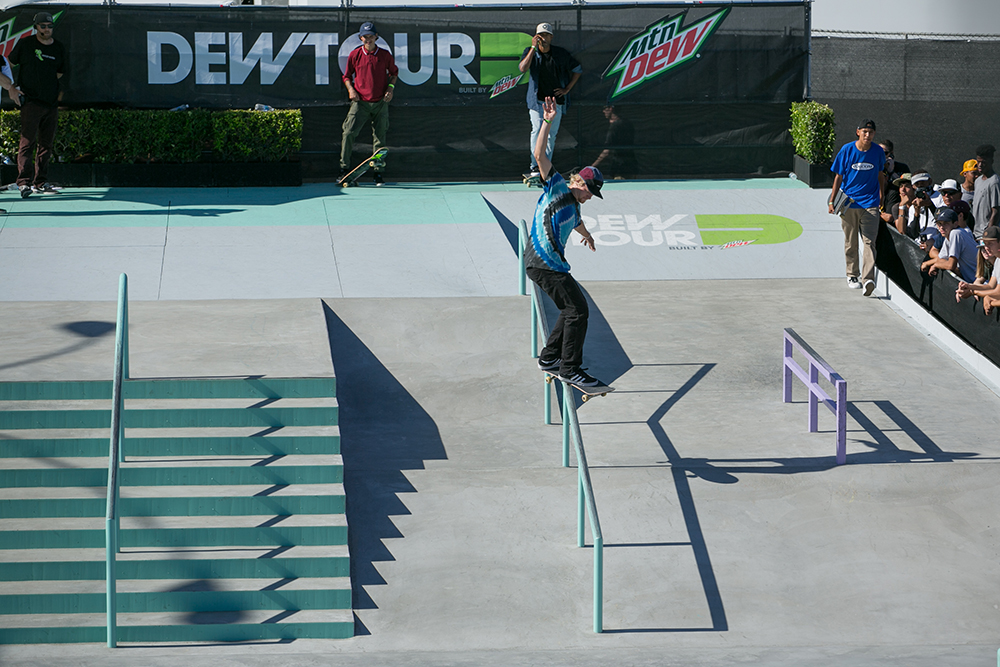 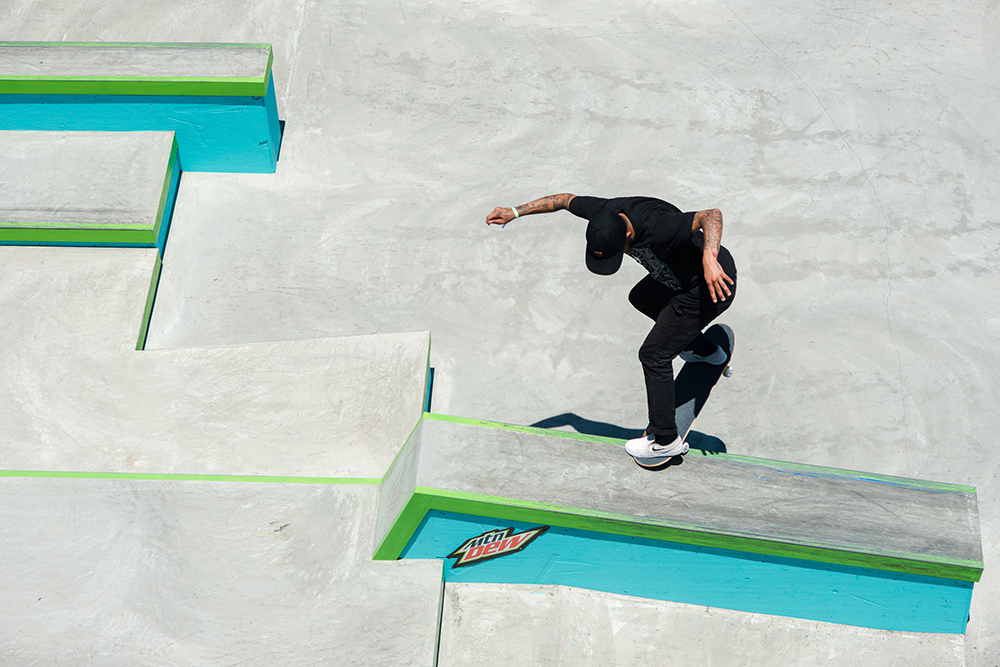 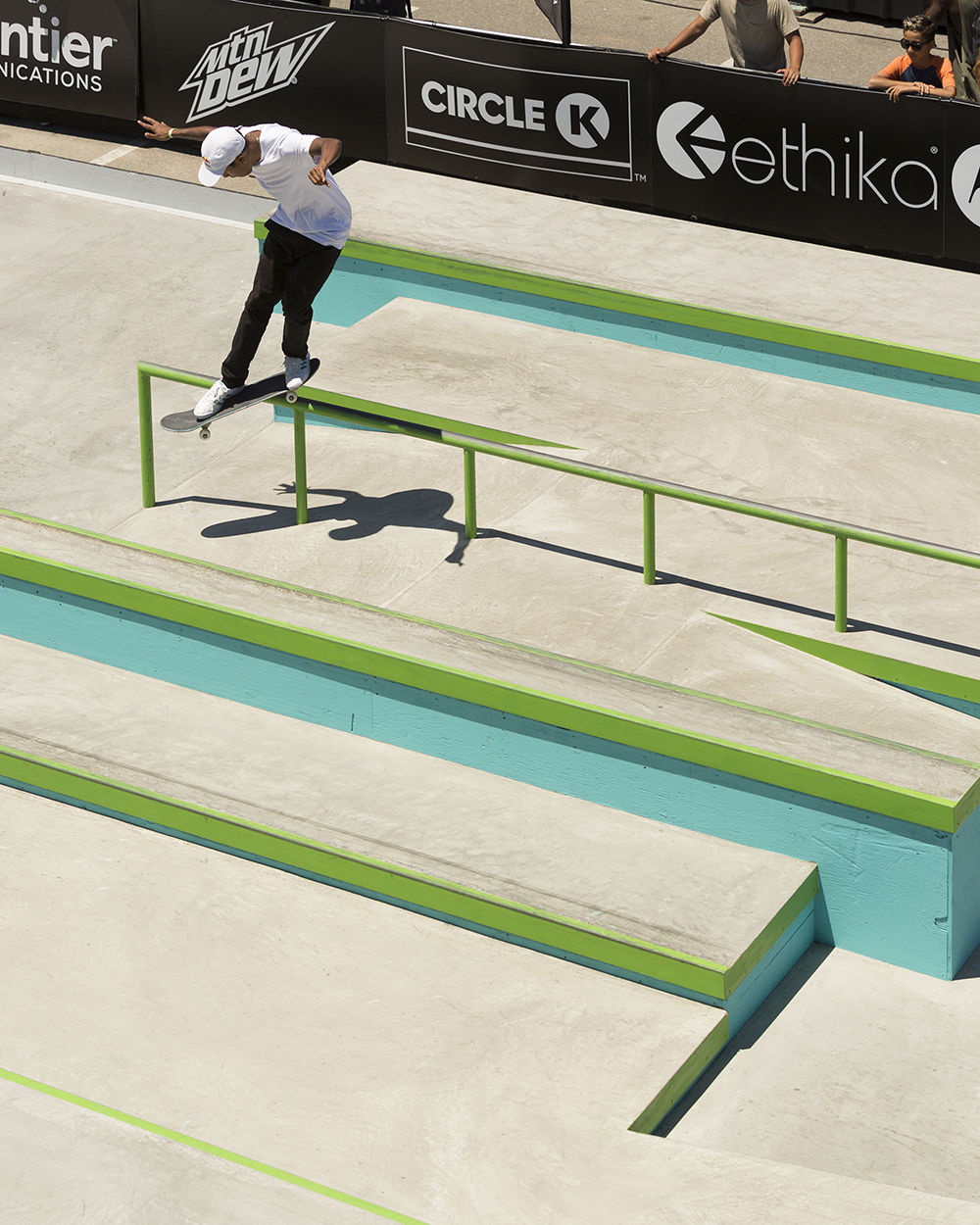 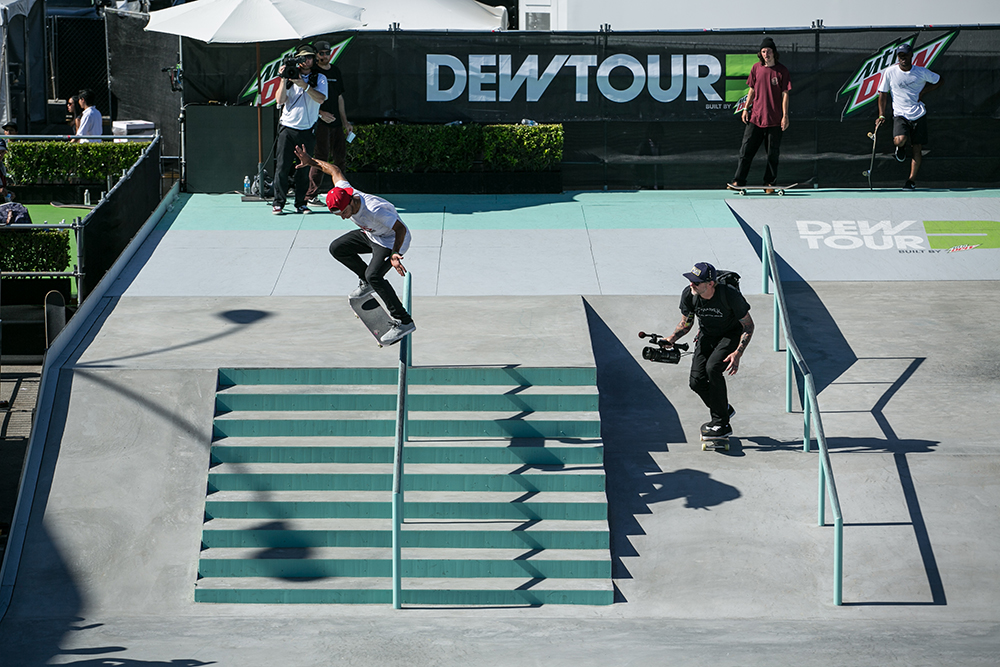 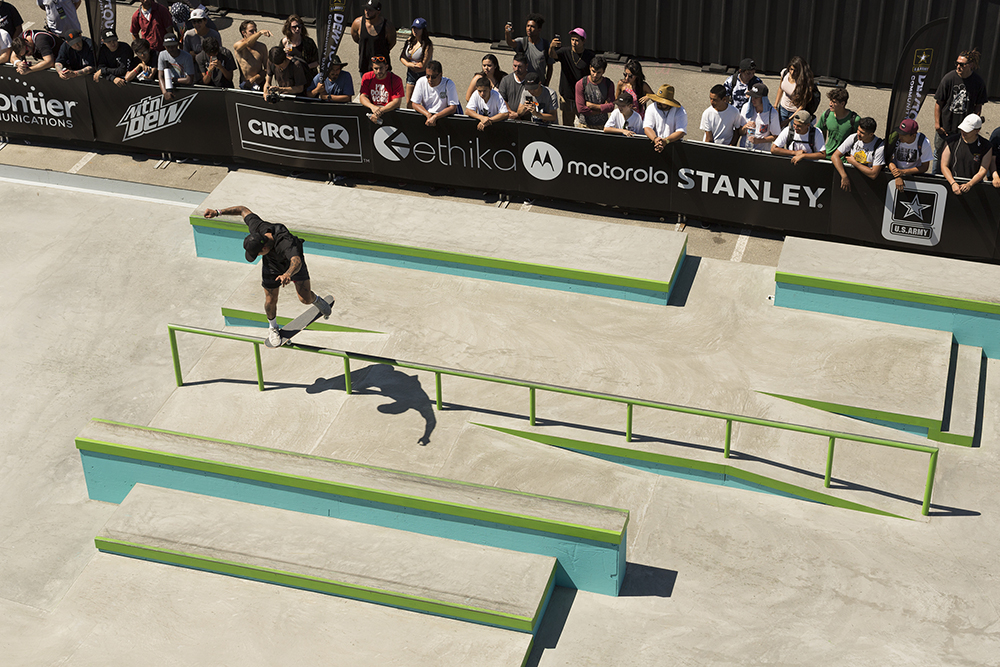 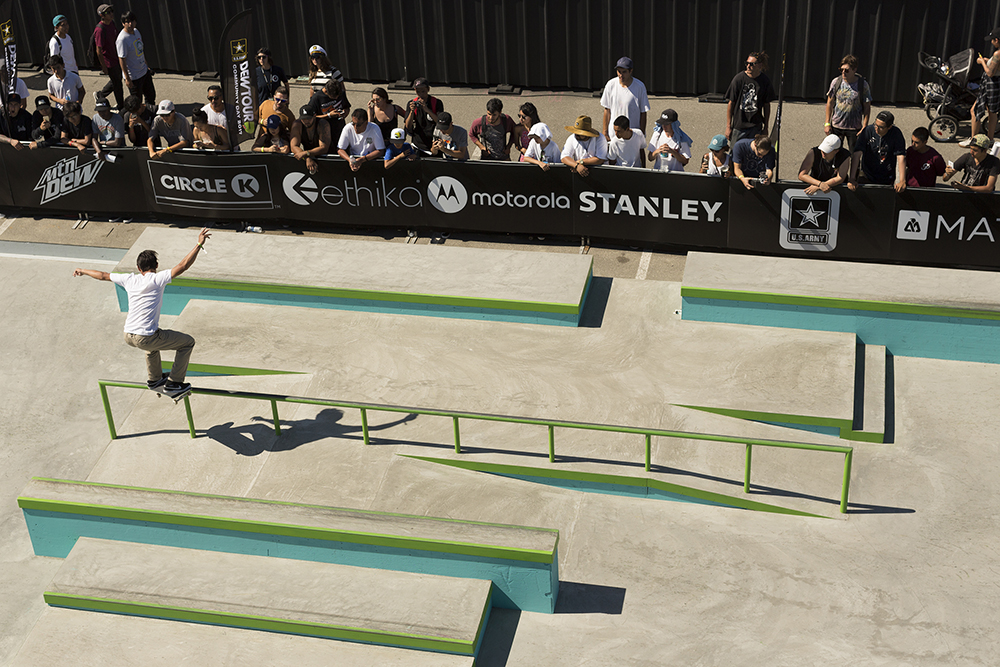 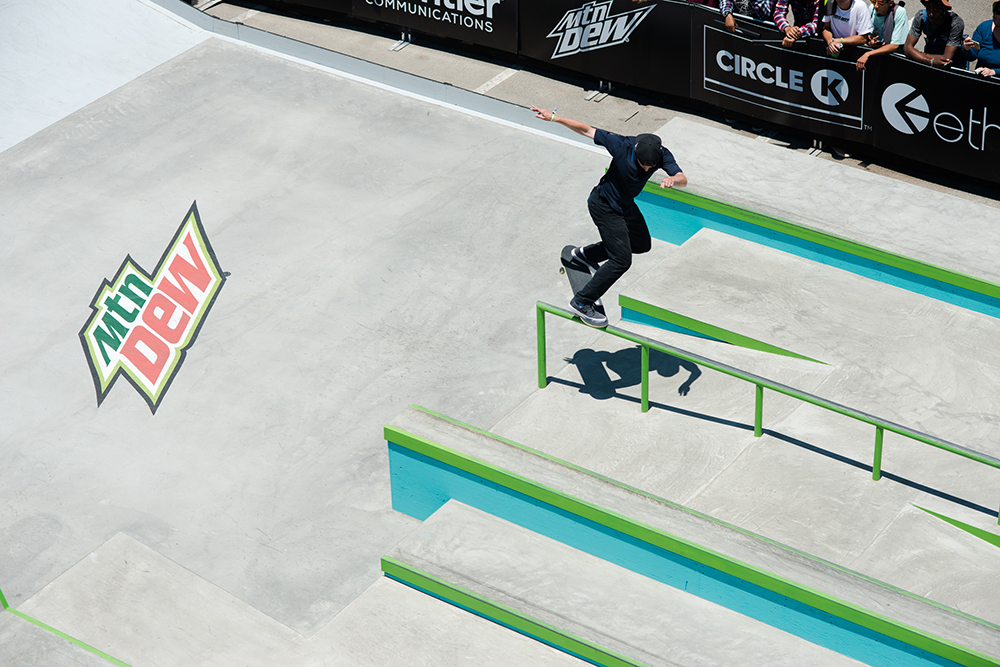 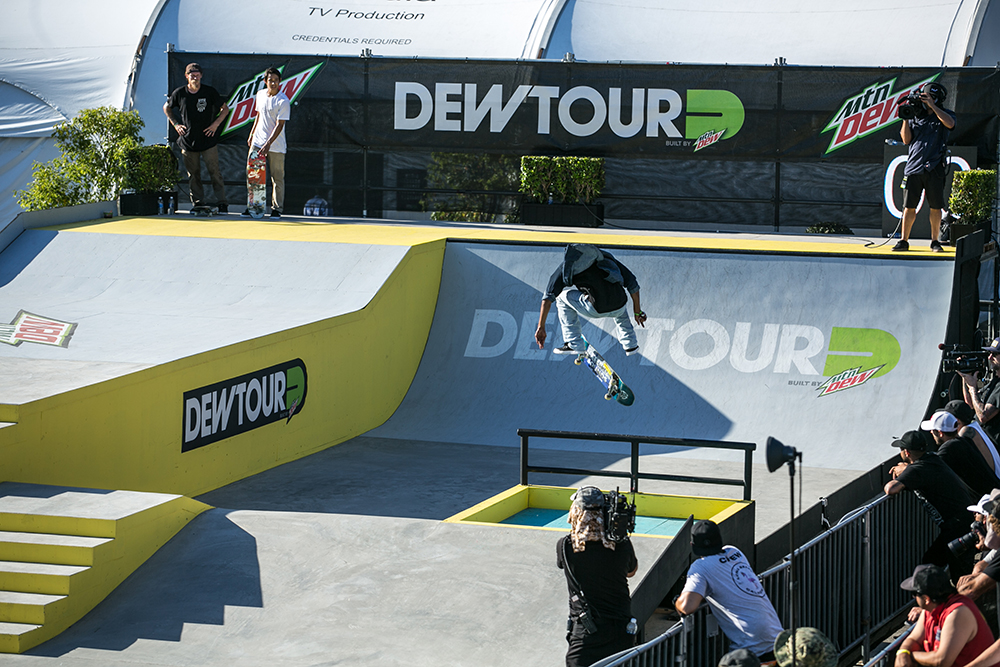 The top 24 pros battled it out today in the semifinals. Here’s how it went down:

The format kept the action exciting for the fans, and made it feel more like an everyday session for the pros. The judges also staggered the heats, so the skaters got to mix up the order a little bit.

The tech section was up first, and fans were treated to an impressive display from almost everyone, but the standouts were Shane O’Neill, Nyjah Huston, Alec Majerus, and Blind’s secret weapon, Yuto Horigome from Japan. Majerus crammed an impressive number of tricks into his 8-minute heat, including a backside 180 to fakie nosegrind—the hard way—on the hubba. Not surprisingly, Nyjah had lots of tricks, and lots of hard tricks. But it was Australian ripper Shane O’Neill who had a near-flawless heat—he closed out the heat with a 90.00—the top single score of the day.

After the tech section, the skaters moved up to the rails—that’s where the men got separated from the boys. Yuto, Nyjah, and Shane were also standouts in this section, as well as Majerus and Blind’s Micky Papa. Everyone shined, but Nyjah was the one who shone the brightest, racking up nine different bangers that ranged from a smith pop-out, and a frontside 5-0 180 down the double kink. Darkstar’s Ryan Decenzo closed out the section by frontside flipping up, over, and out of the park—literally.

The day closed with the gap section, and even though it was a long day of skating in the hot, hot sun, it didn’t seem to affect anyone’s performance. When the dust settled, the top eleven were announced. Look for them skating in the finals throughout the remainder of the 2017 Dew Tour Skateboard Festival weekend.