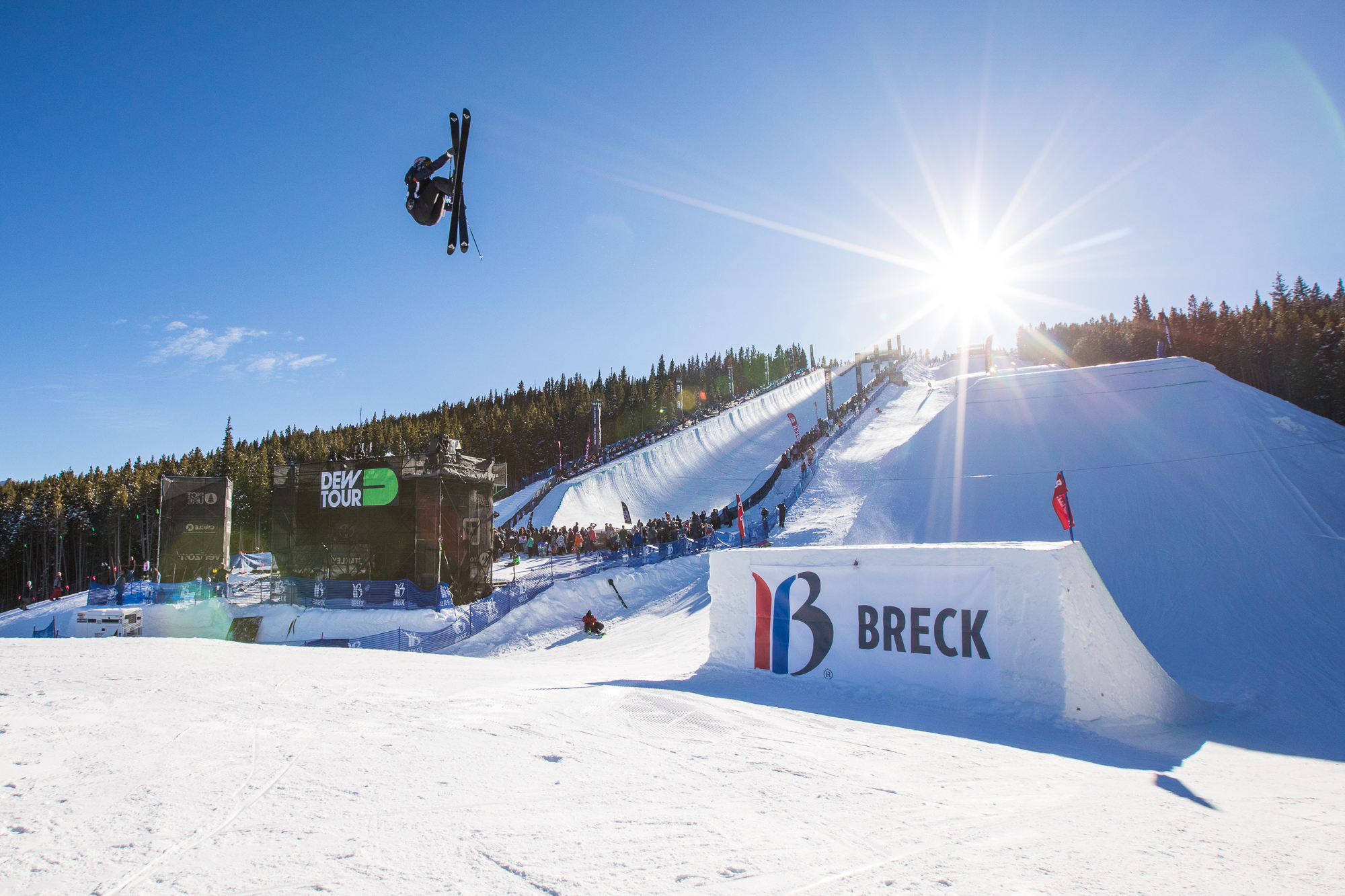 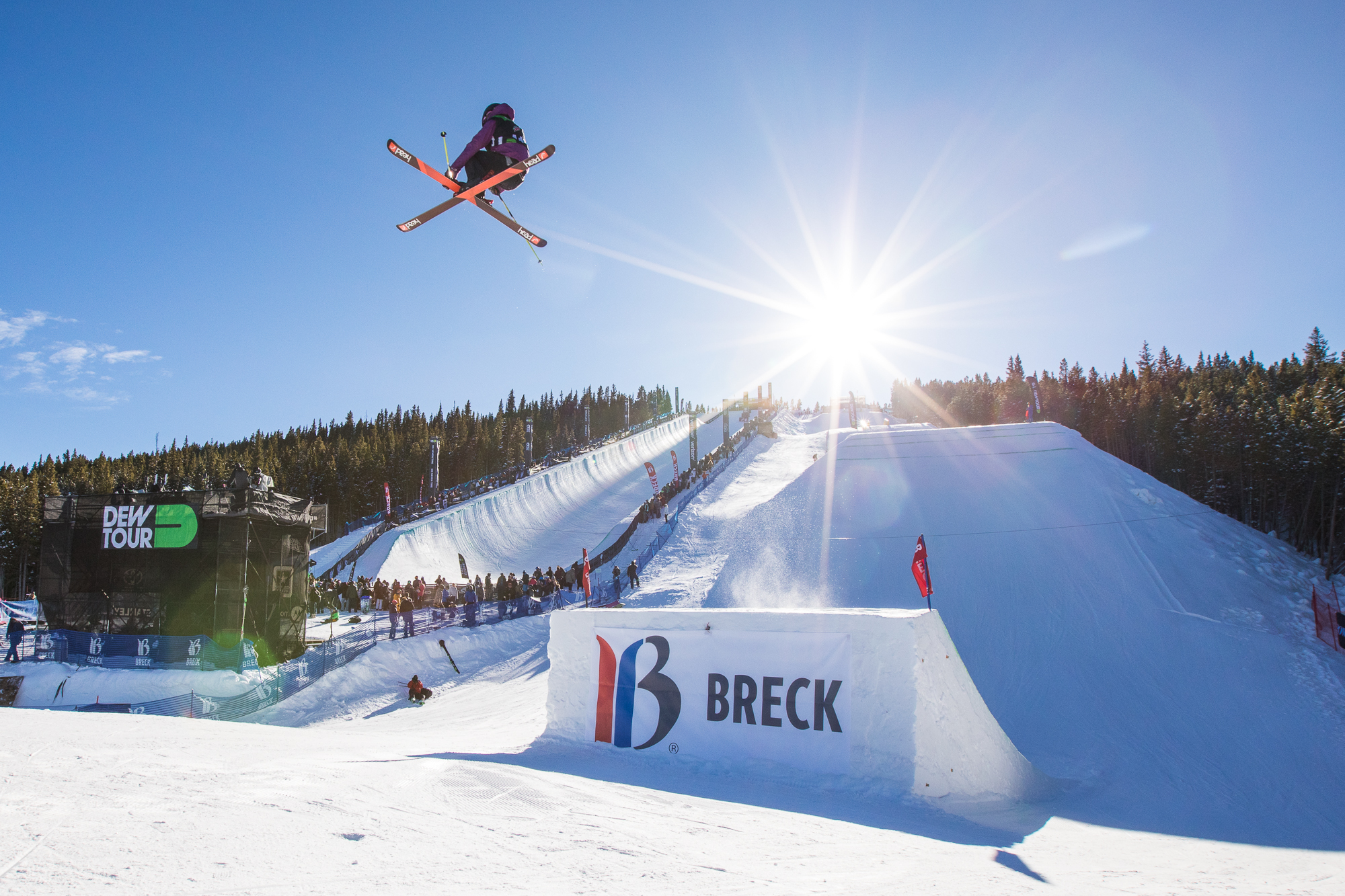 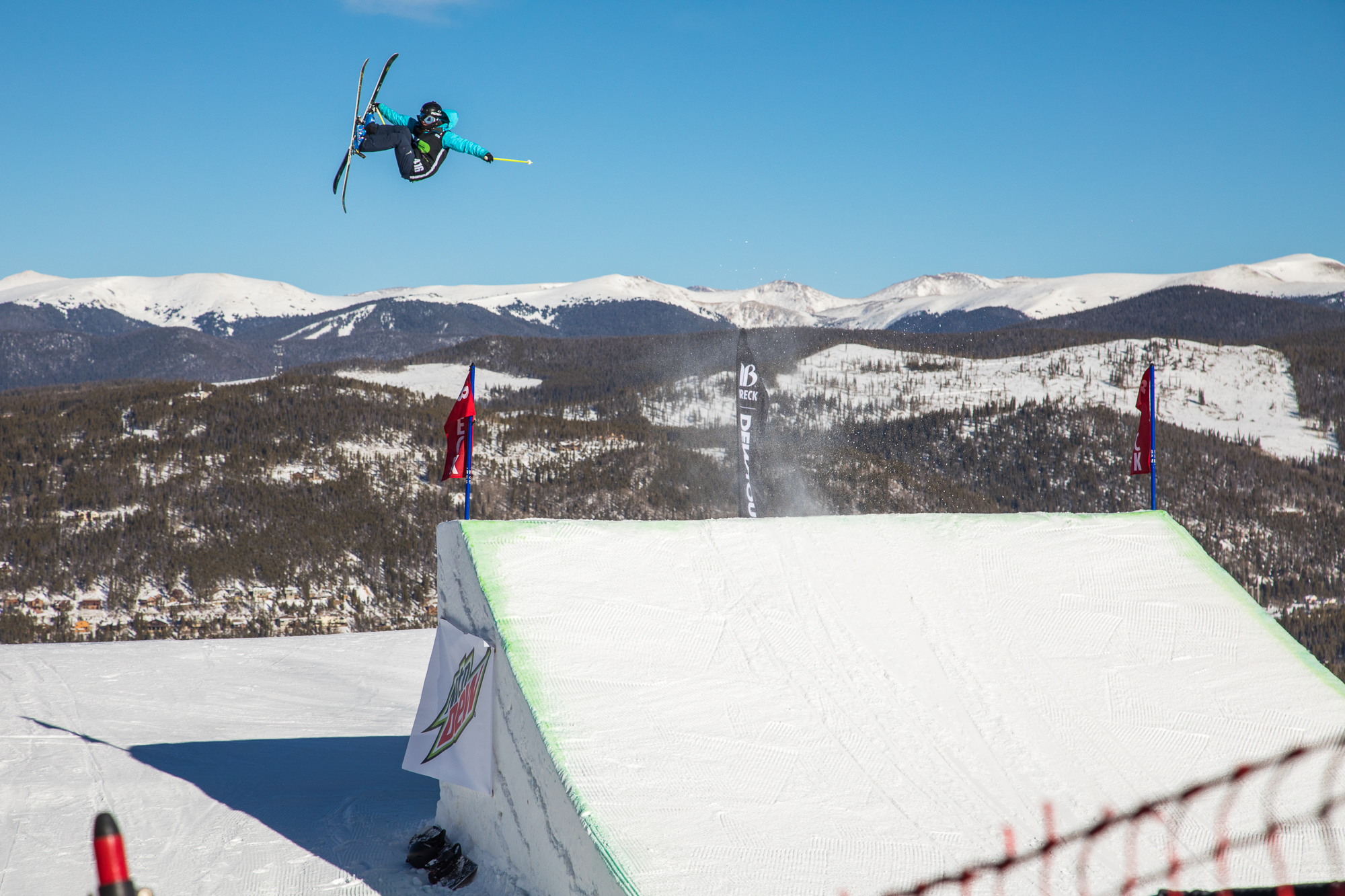 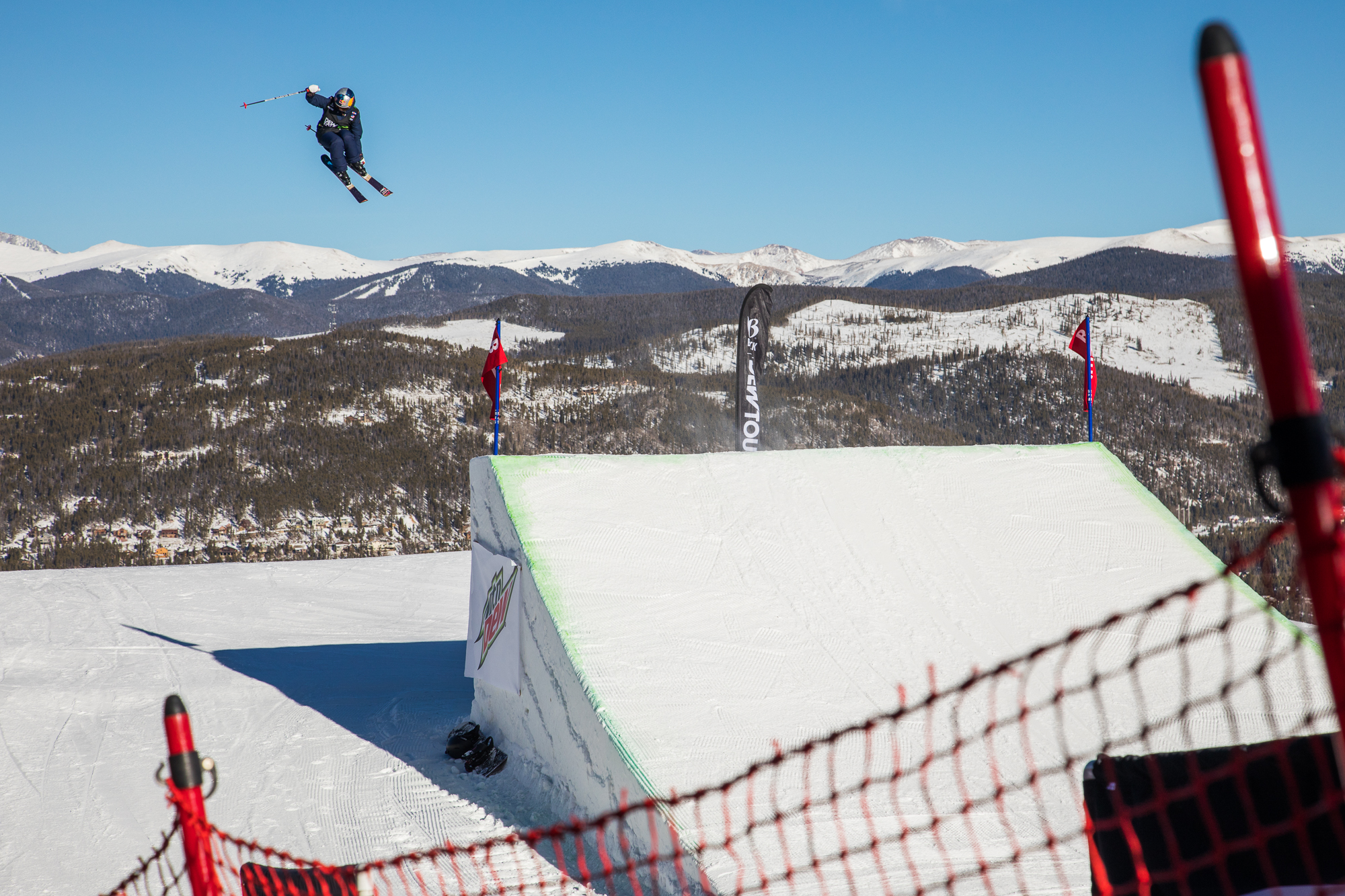 Yesterday’s postponed women’s ski slopestyle qualifiers went off without a hitch this afternoon. After a stormy, windy Thursday, Friday broke calm and bluebird—perfect conditions for a slopestyle competition.
Photos by Jamie Walter

Tess Ledeux led the women with a solid run that showed a wide range of capability. On the rails, she hit a back 450 out, switch on lip, and front swap, and on the jumps—where she really shone—her two biggest hits were a switch left misty 900 mute and a left rodeo 720 safety. She consistently got her grabs and easily cleared jumps on which other skiers came up short.

Isabel Atkin took second, with a different on every one of her airs and solid rails—including a front 450 out of the second rail feature. Her jumps up top were some of the best of the day—a right rodeo 540 Japan and a switch right 540 mute. In third, Sarah Hoefflin—a name to watch—went huge on her jumps, including a right misty 720 mute and a massive switch right 720 mute.

Eight women of the 20 competitors will move on to finals. Devin Logan squeaked into finals in eighth place, ousting Yuki Tsubota—whose run featured a crowd-pleaser backflip just three directions of spin. Tsubota also struggled with her grabs. Logan’s run wasn’t perfect—she came up a bit short on the last hit and missed a grab as well—but she put down a more technical, clean run, spinning all four directions.

Sochi gold medalist Dara Howell qualified fifth today, and is looking forward to a season of Olympic qualifiers and training.

Sarah Hoefflin went huge today, leaving the judges cheering even after a crash. They were psyched to see girls going so big.

Sochi gold medalist Dara Howell qualified fifth today, and is looking forward to a season of Olympic qualifiers and training.
Isabel Atkin's effortless style earned her huge points today, as did her well-executed, technical tricks.
Sarah Hoefflin went huge today, leaving the judges cheering even after a crash. They were psyched to see girls going so big.
France's Tess Ledeux took first by a wide margin in today's qualifiers.