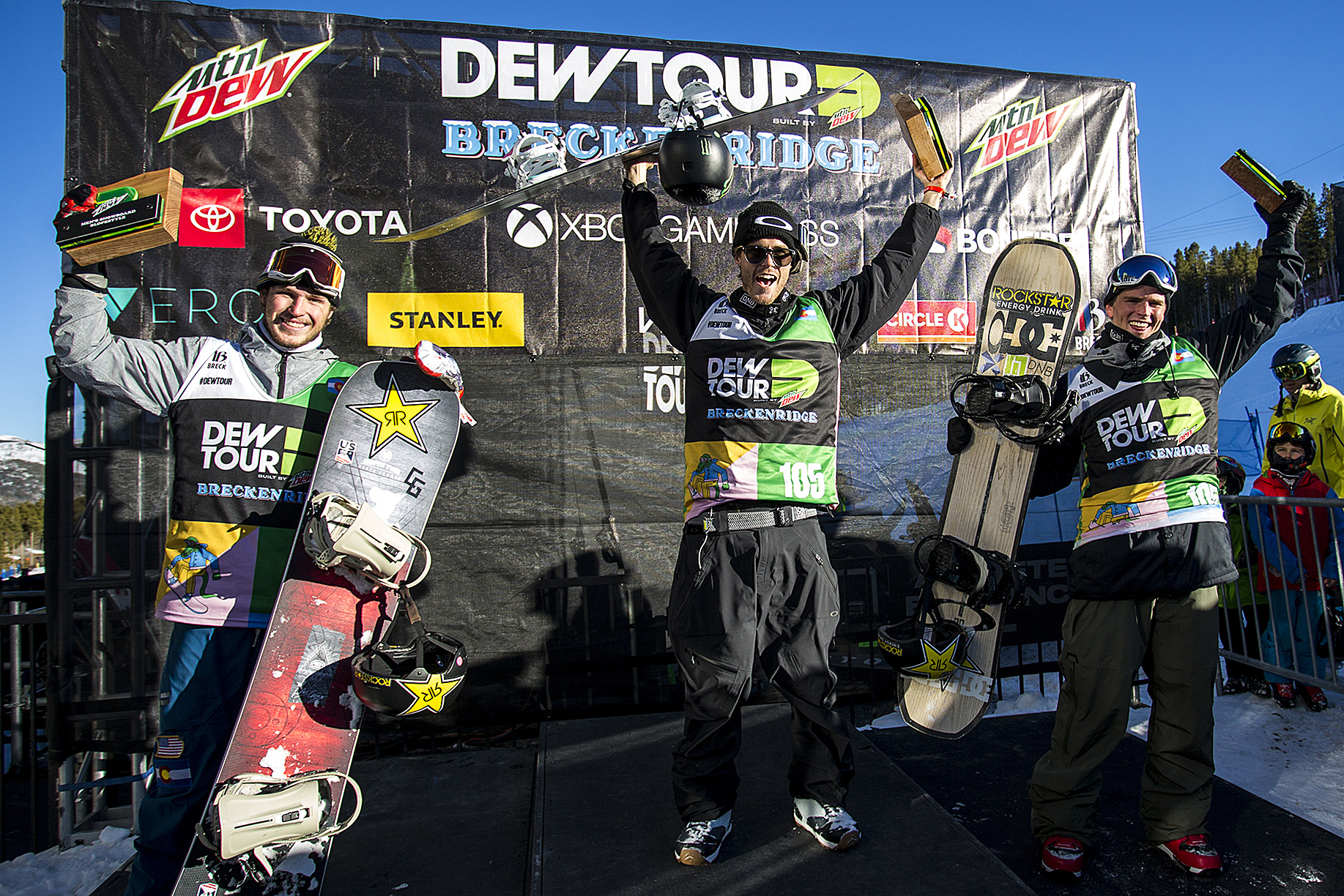 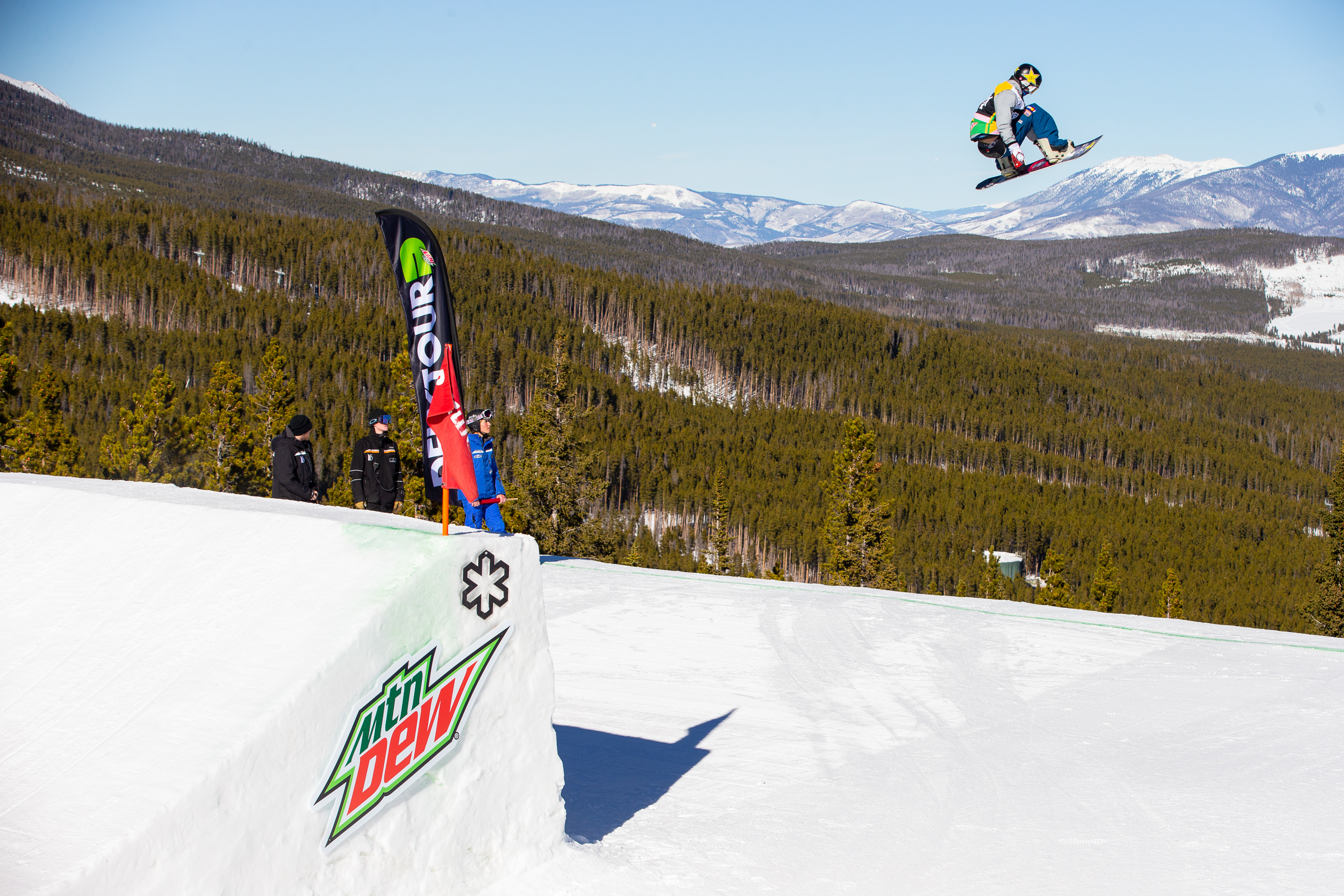 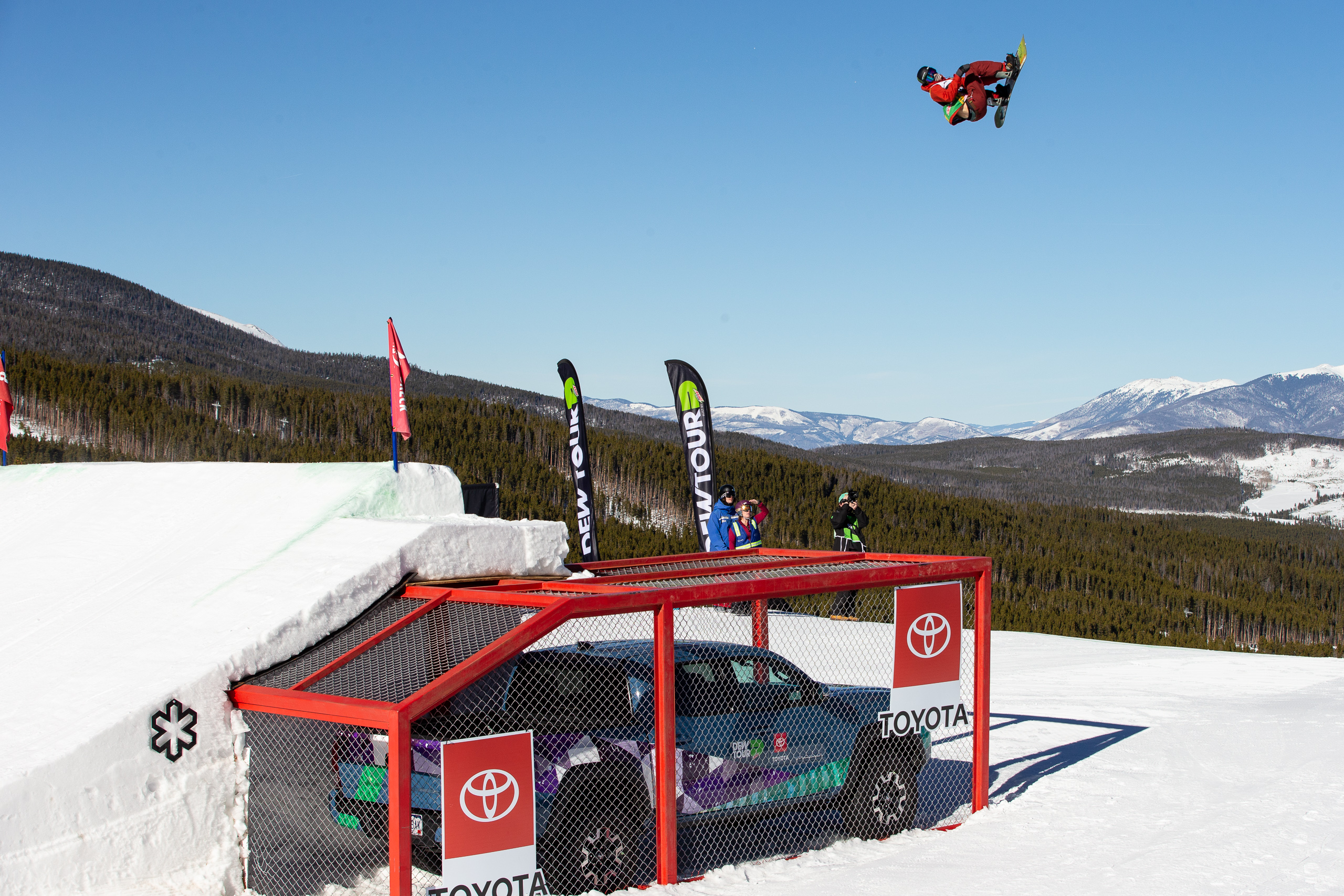 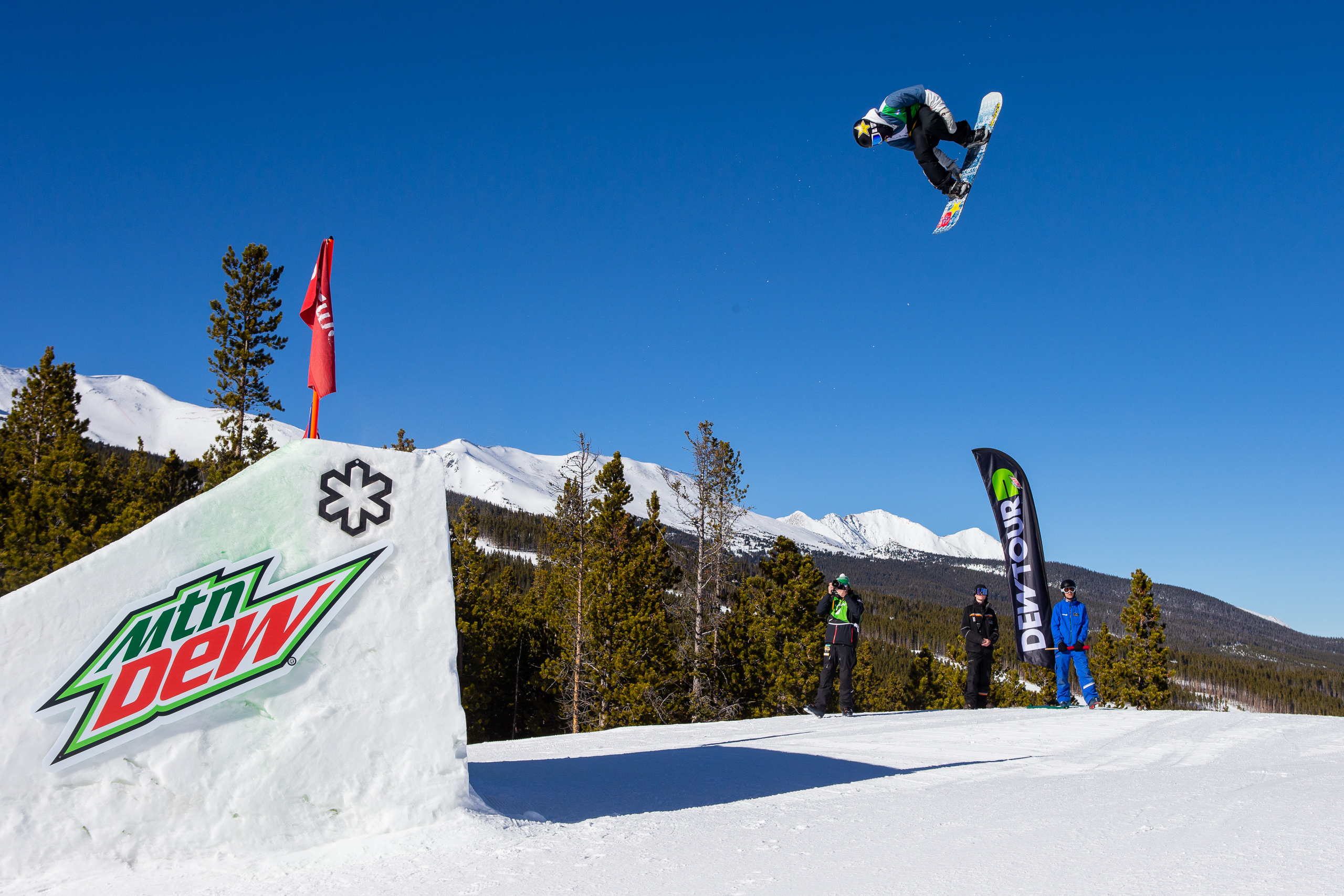 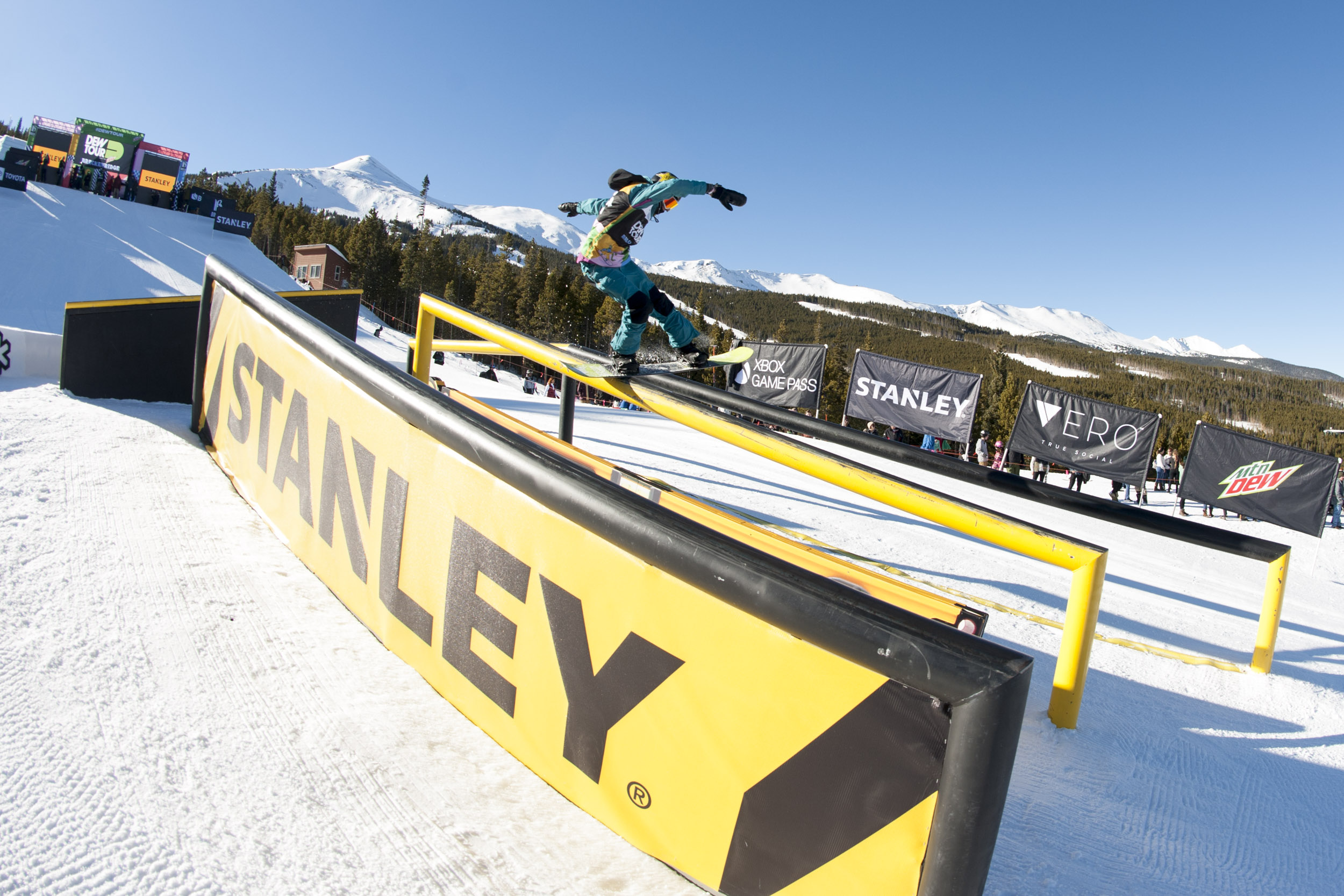 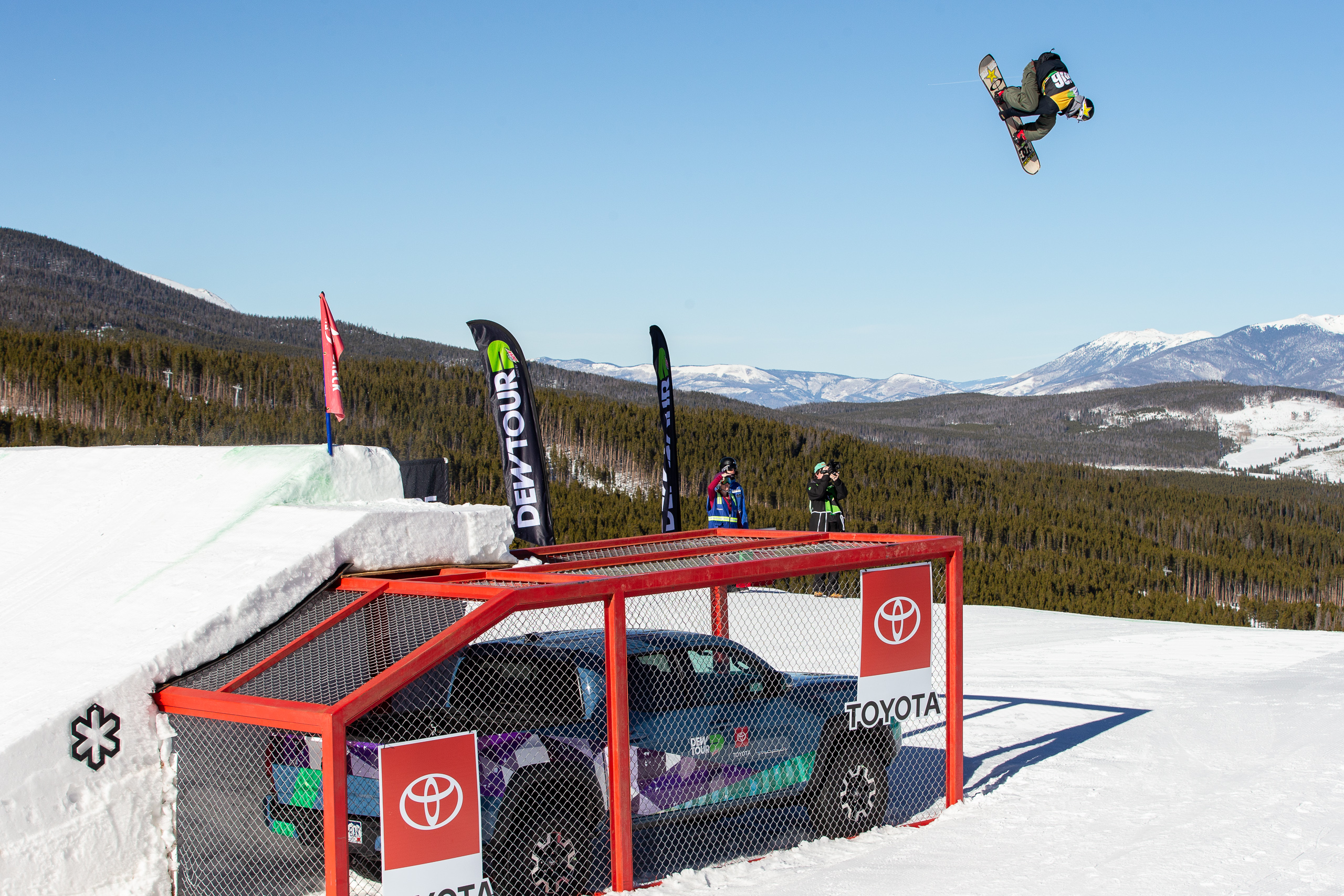 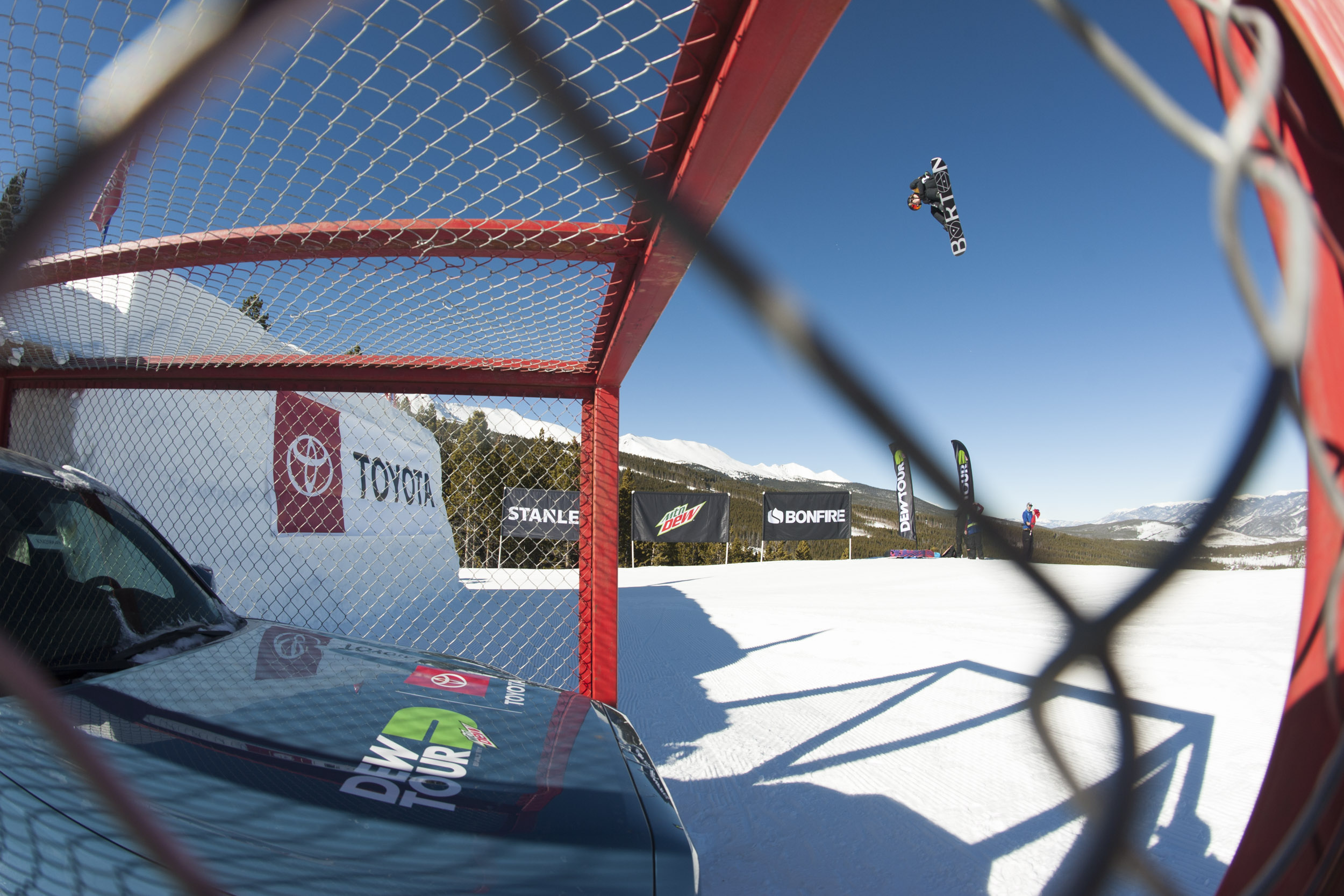 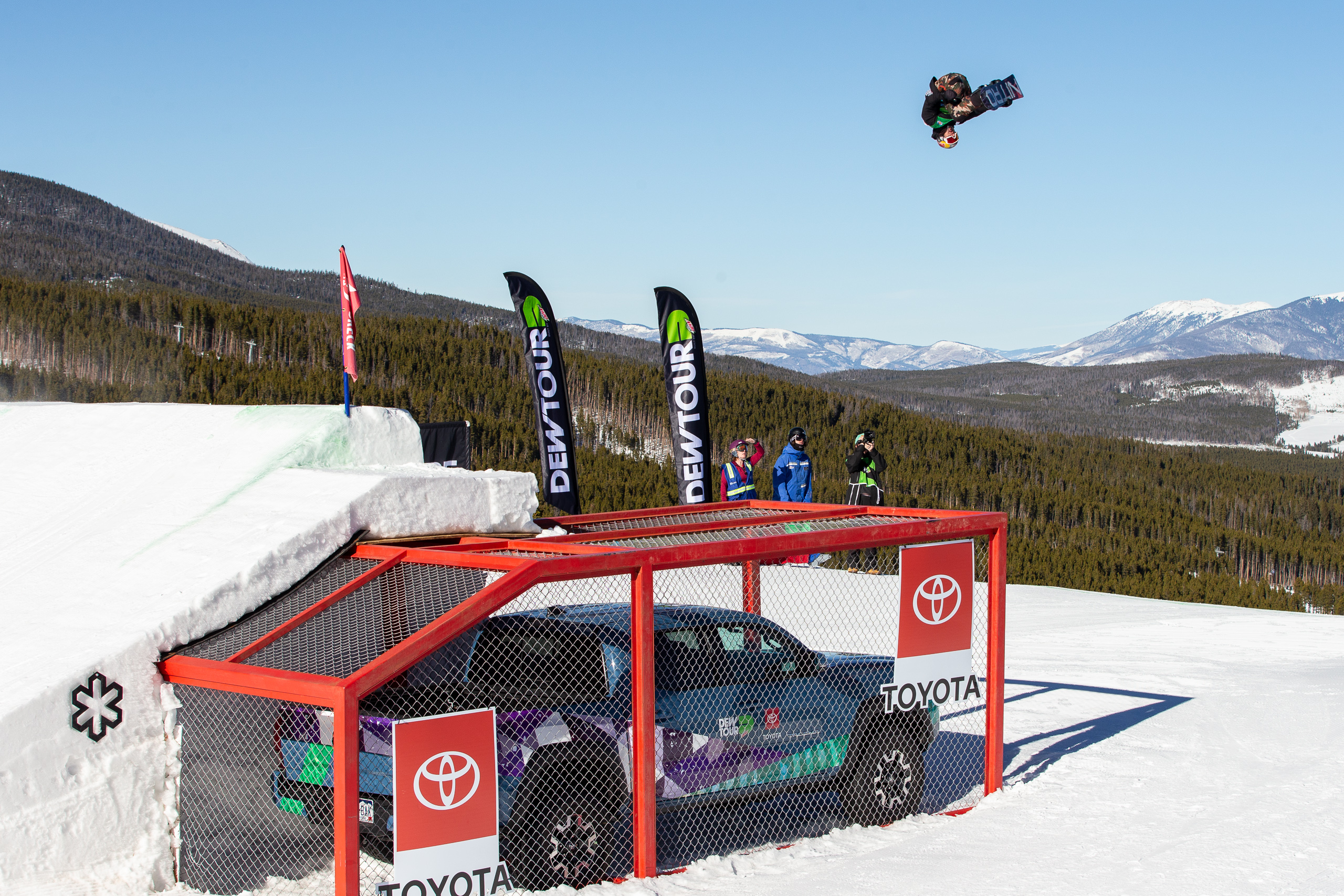 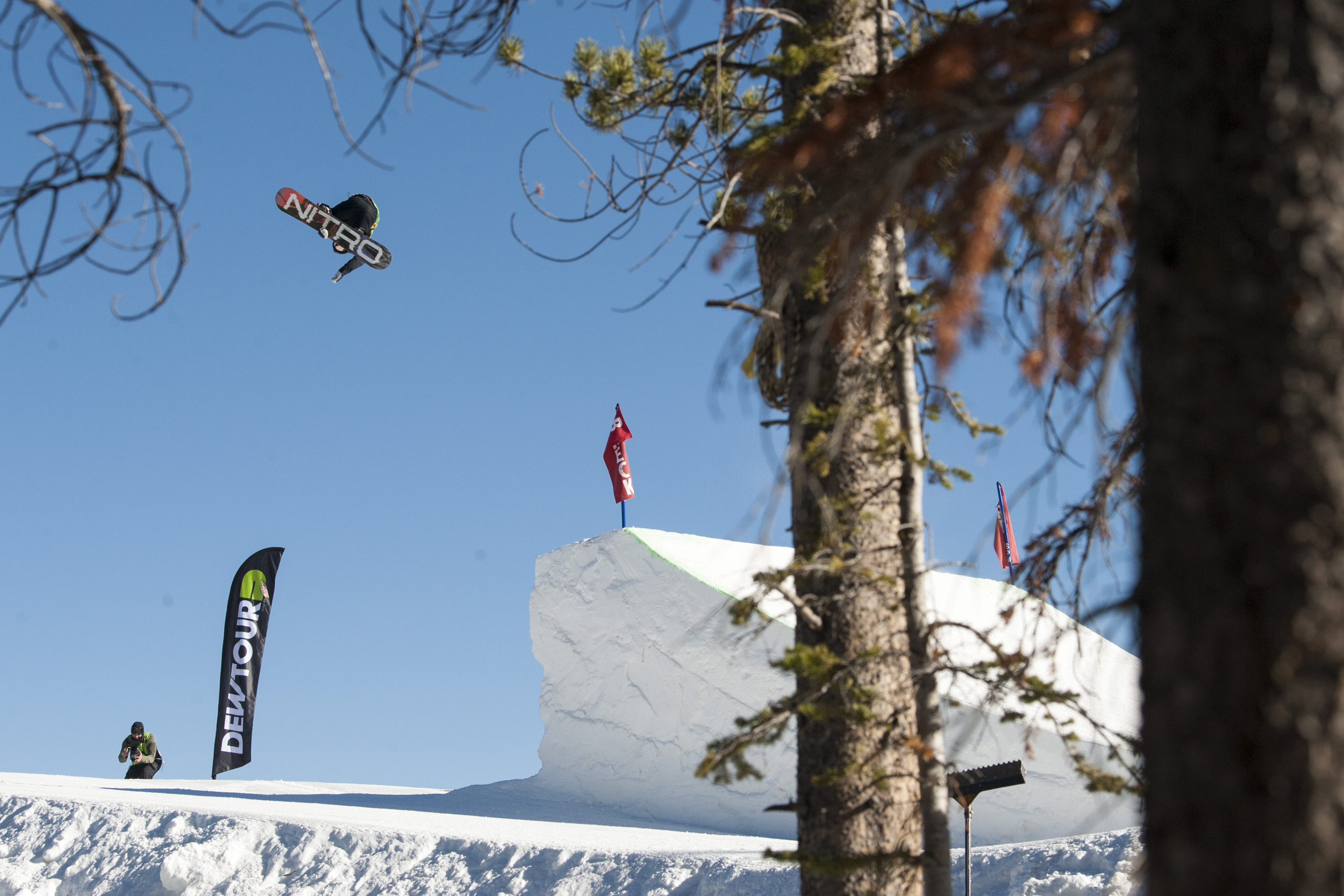 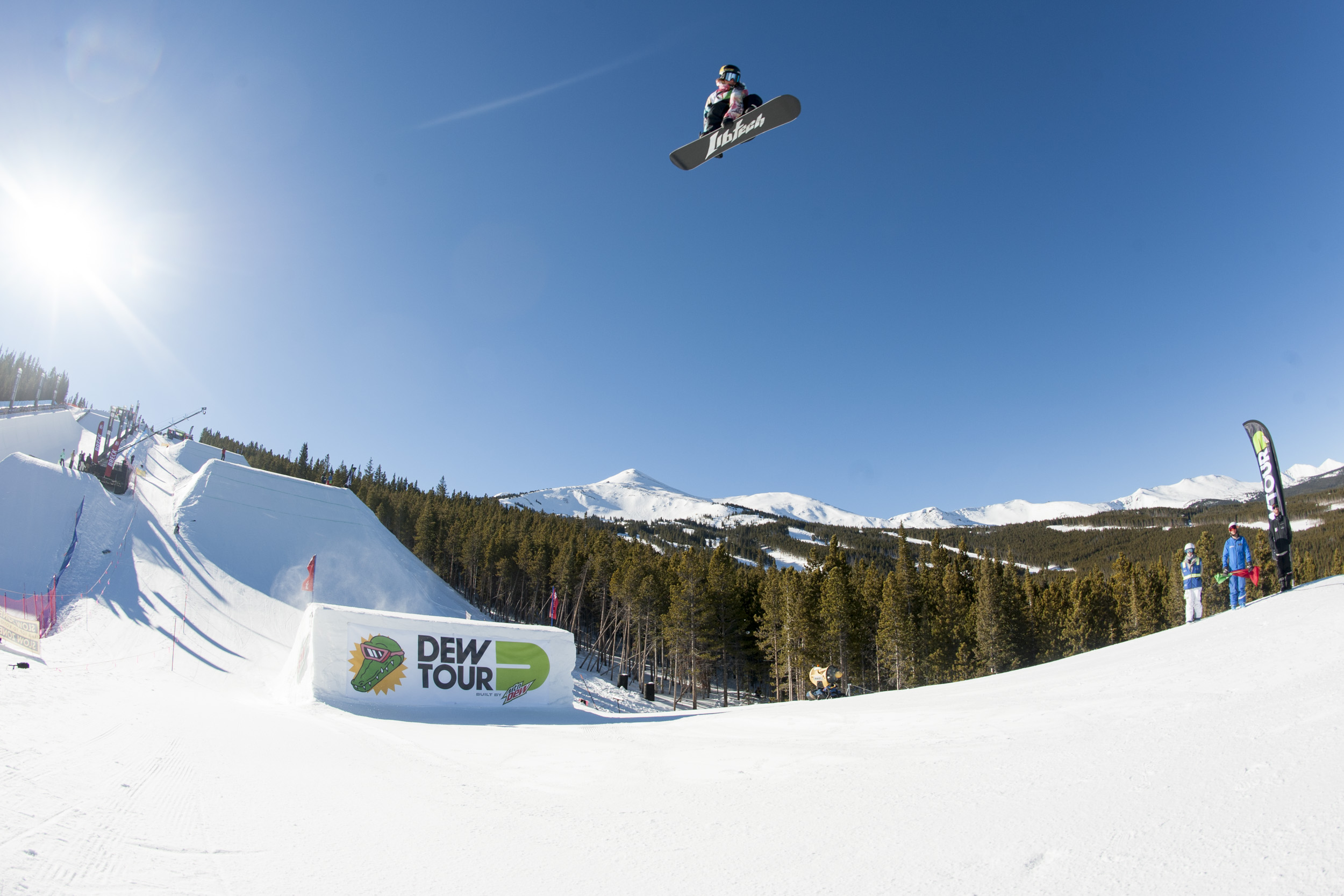 Twelve guys lined up for the final event of the weekend and nothing was held back between two courses. Three runs on jumps course plus three runs on the jibs course made for an exciting finish and equated to a surprising finish when the best runs from each were combined to determine the overall winner.

Coming out of the jumps course it was Takeru Otsuka towering over the field with five points to spare. Otsuka’s best jump line was his last, which included a frontside 1440 tail, backside triple cork1620 melon and a cab triple frontside 1440 mute. His score of 98.00 gave him the clear advantage going into the jumps, but the event was far from over.

However, things were set to change following the jibs course results, and after the first round of runs Chris Corning earned a 91.00 to have him leading the pack. Corning started with a switch boardslide to 50-50 frontside 360 out of the Stanley rails feature, to a backside 360 on frontside 180 out, gap frontside 270 down and ended with a 50-50 backside rodeo melon off the Mountain Dew rail.

“We had almost a second chance to get back on the podium,” said Corning when asked how he dealt with the down time between jumps and jibs courses. “One of the biggest things that I found to be a struggle was the break time… but I was able to rejuvenate and get ready to go. So, that was nice.”

The next to upset the standings was Mons Roisland when he earned the highest score on the jibs course with his second run. Roisland landed cab 180 tail tap switchup to noseslide pretzel 270 out of the Stanley feature, switch backside 270 on to 270 out, cab hardway backside lipslide but finished with a boardslide 630 Rippey underflip off the Mountain Dew rails. There was no debate that Roisland earned every point of his 92.33 top score.

Still, in the final runs everything changed once again, and it may have been due to A$AP Ferg finally turning on in Sandbech’s ears.

“For my first two runs [on the jibs] it wasn’t working,” said Sandbech referring to his music setup. “I used to not ride with music but lately I have been riding with it. The last run it worked, and my last run worked as well. Thank you music,” laughed Sandbech.

It was a cab to frontside boardslide cab 270 off a Stanley rail, backside 180 to switch 50-50 switch 180 off, cab hardway 270 onto the down rail and a 50-50 transfer to boardslide pretzel 270 off the Mountain Dew rail that upset the standings for the last time. Sandbech’s 90 on the jibs course combined with his 91.33 added up to 181.33 and the highest total score of the event.