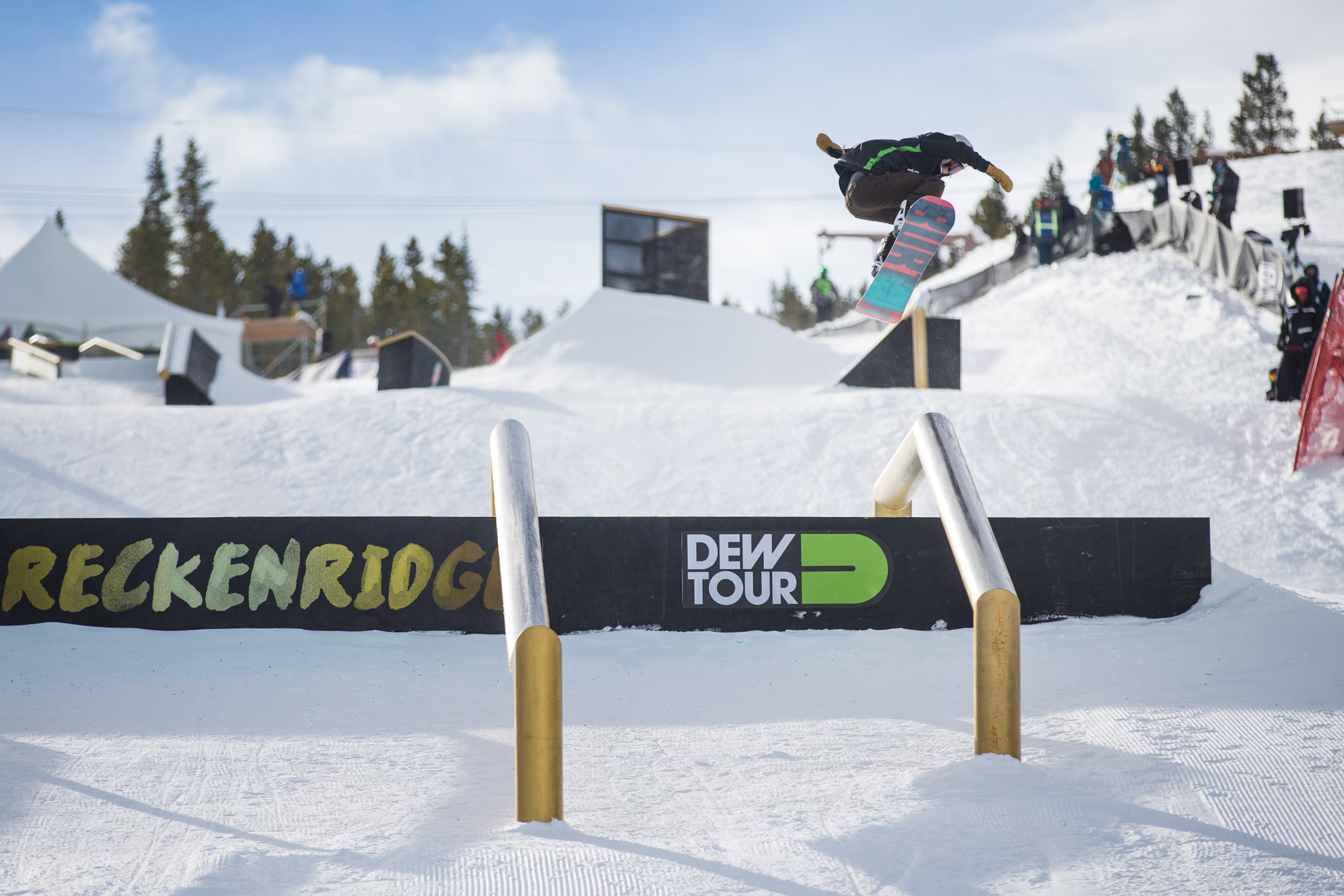 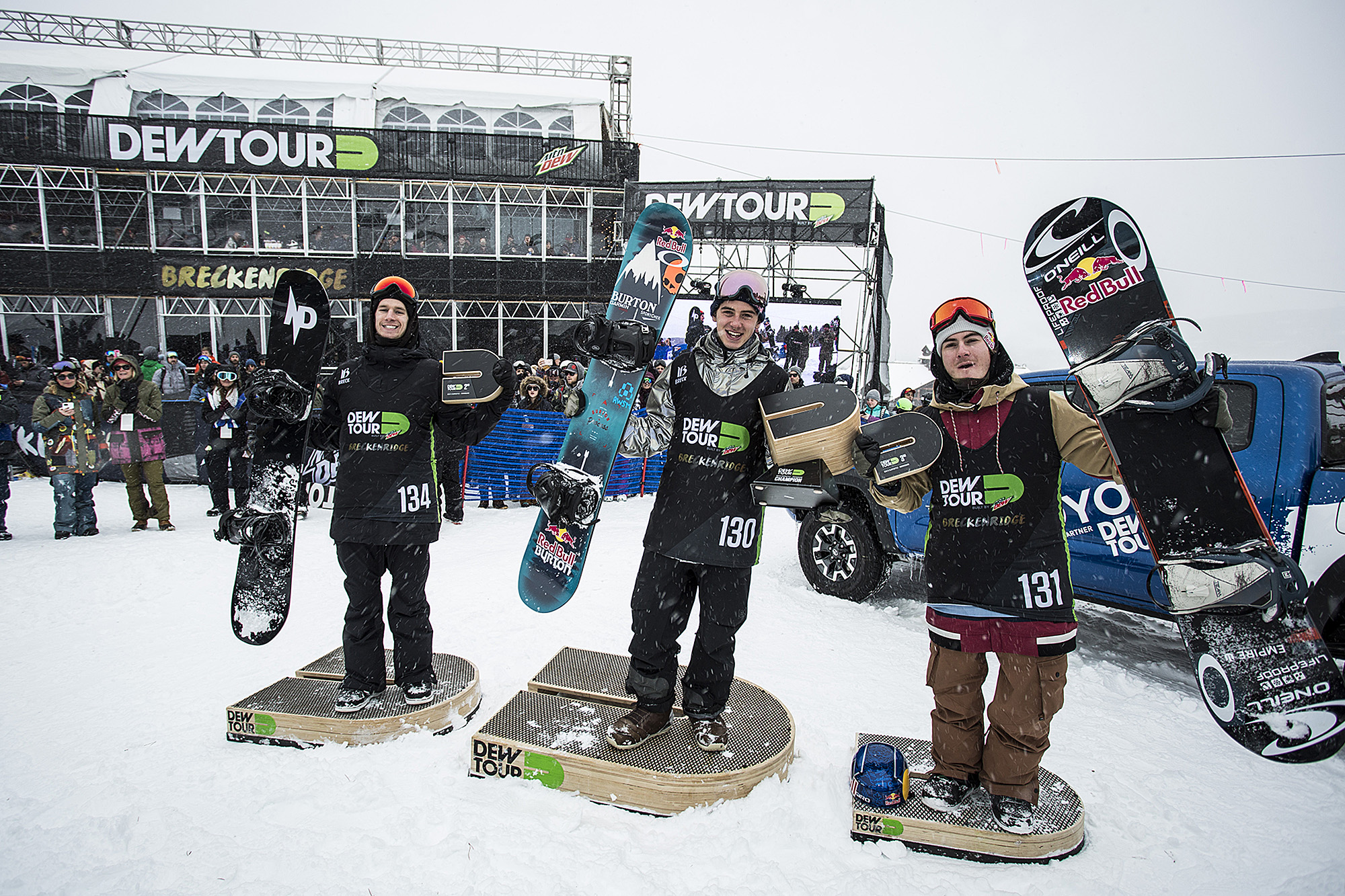 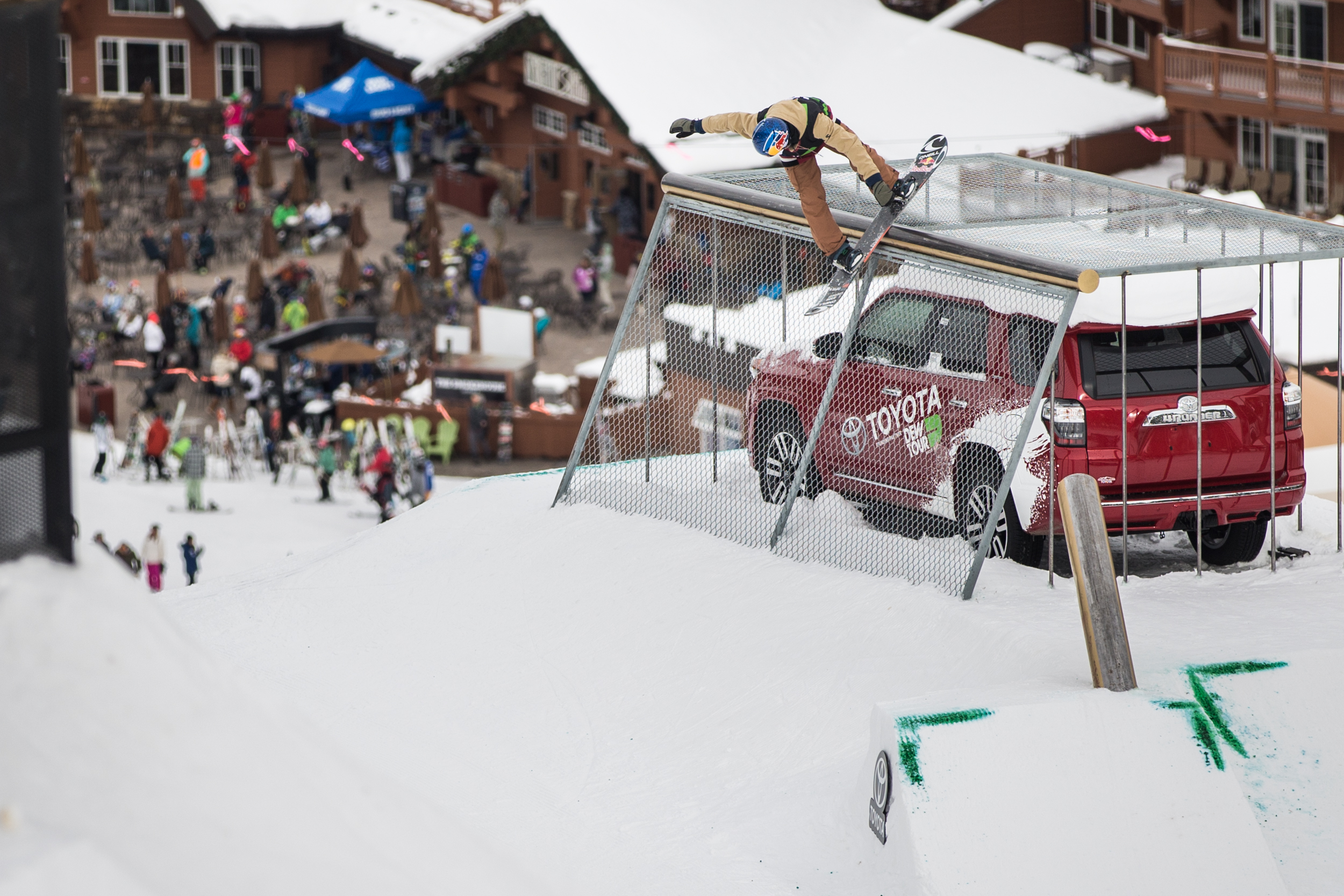 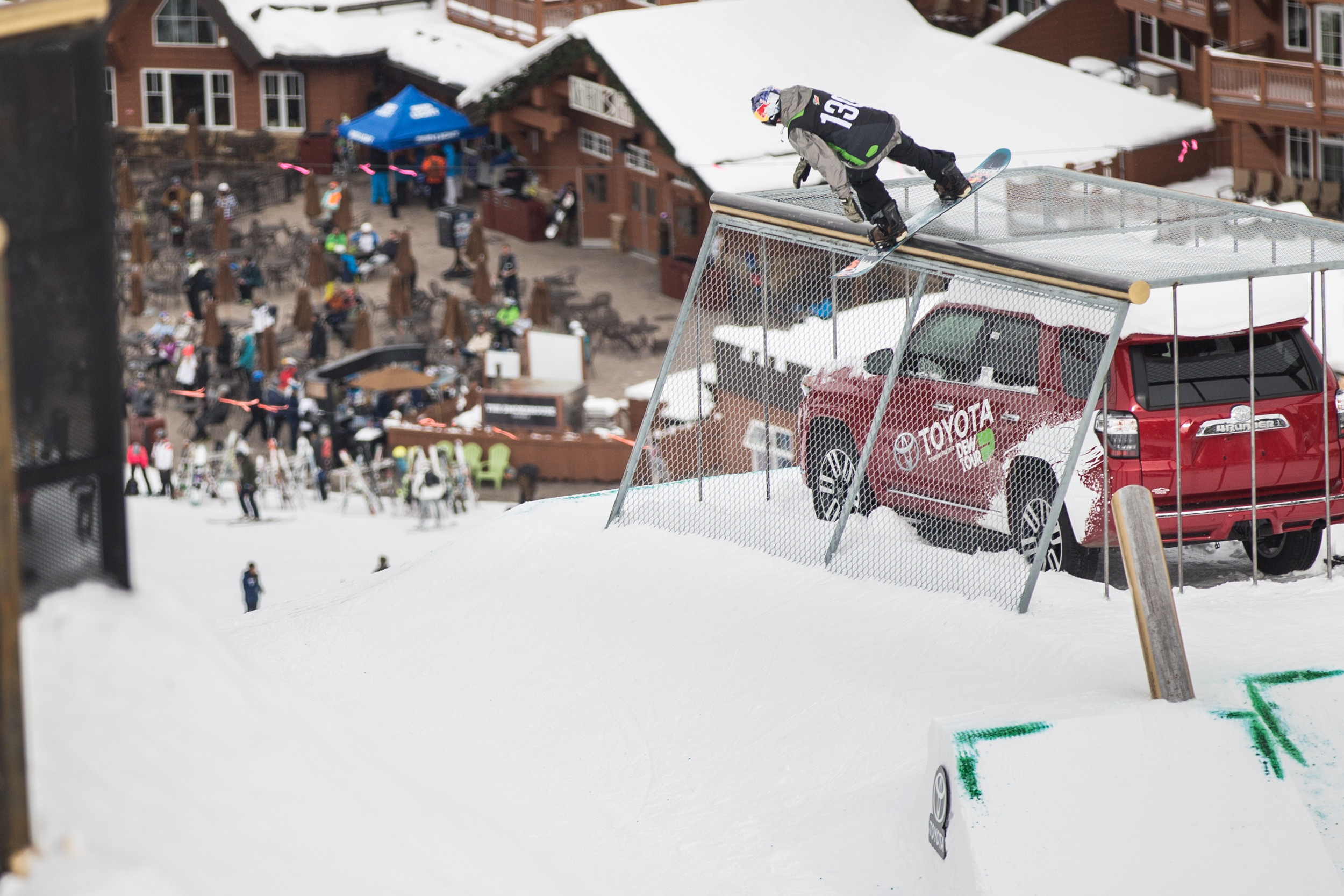 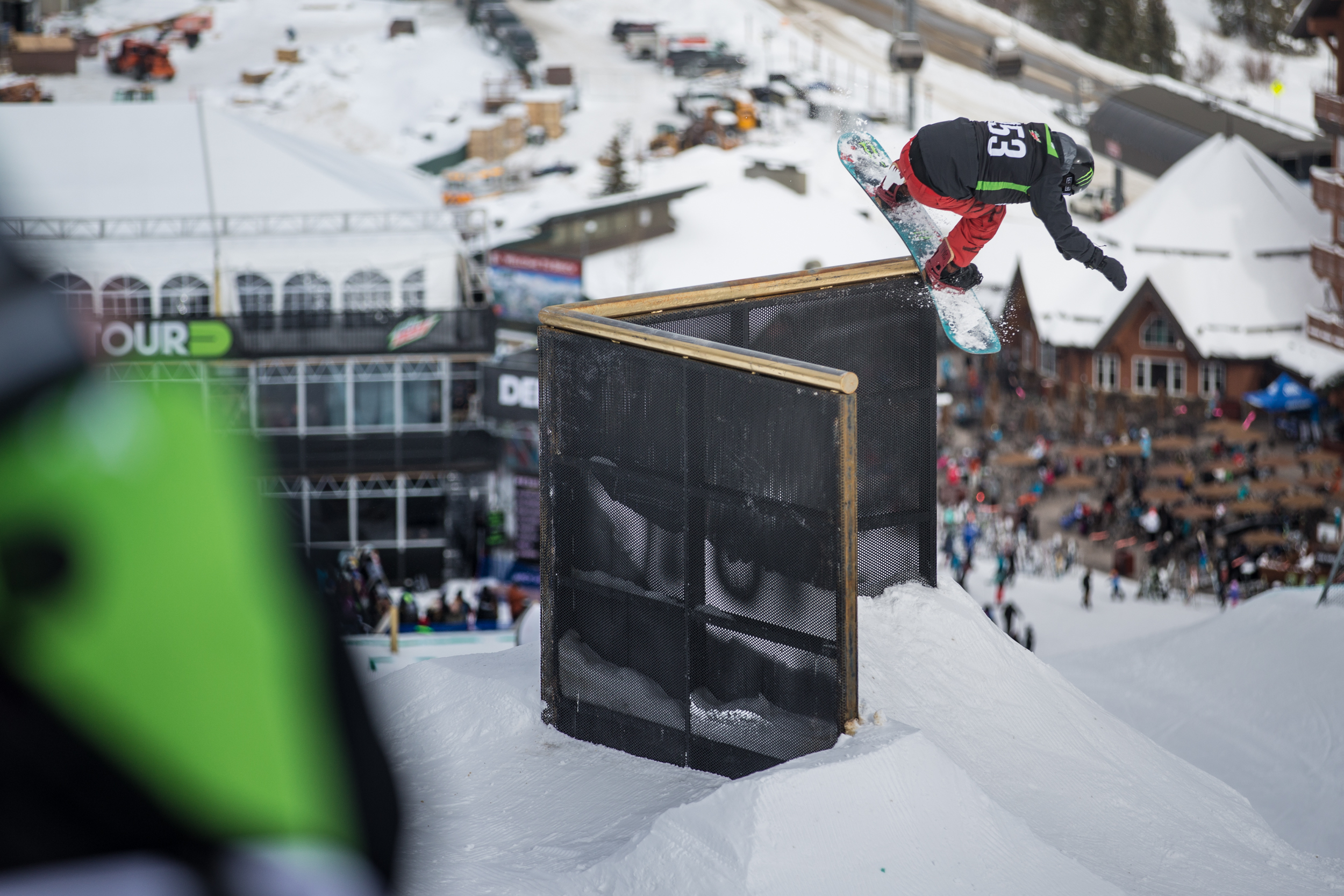 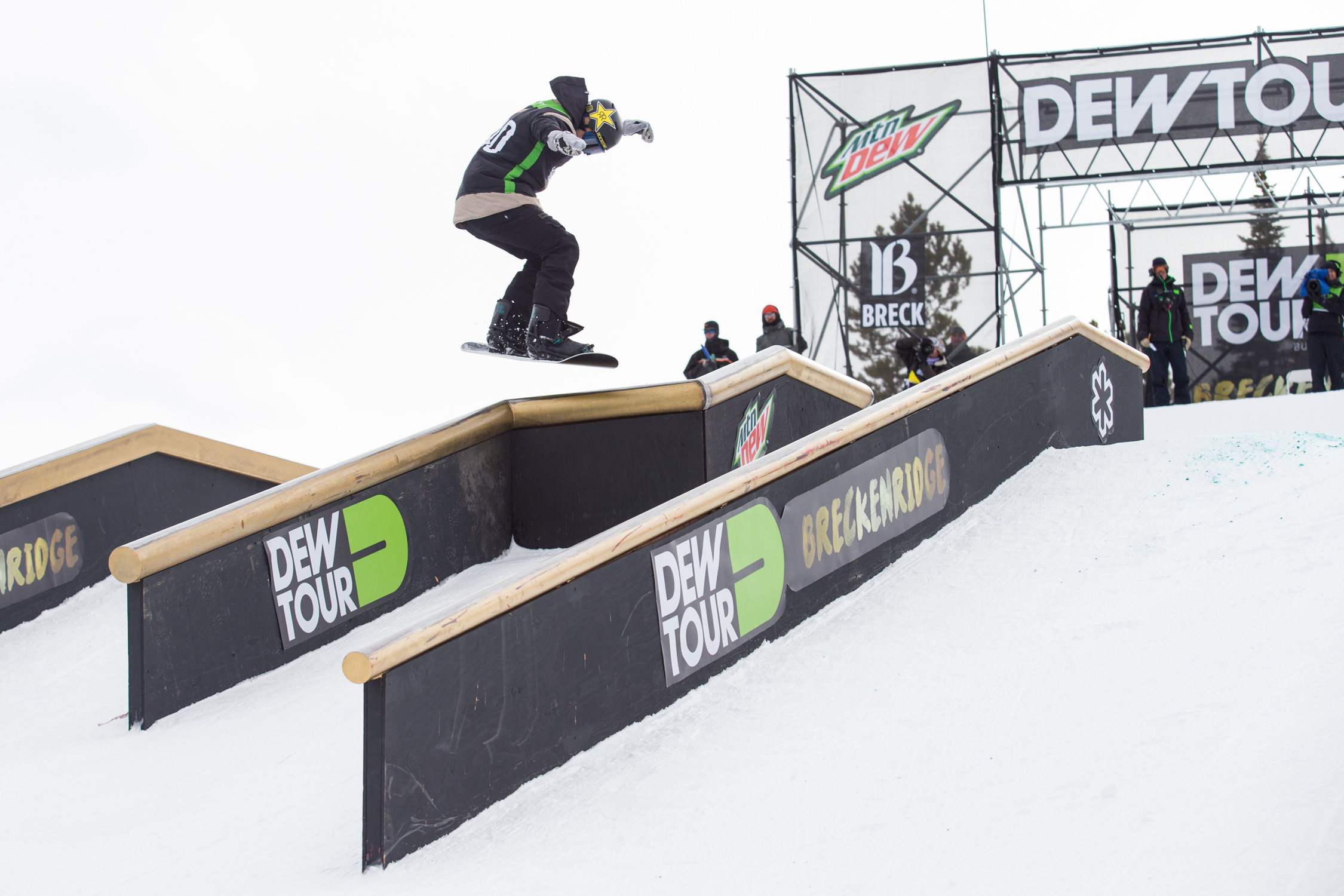 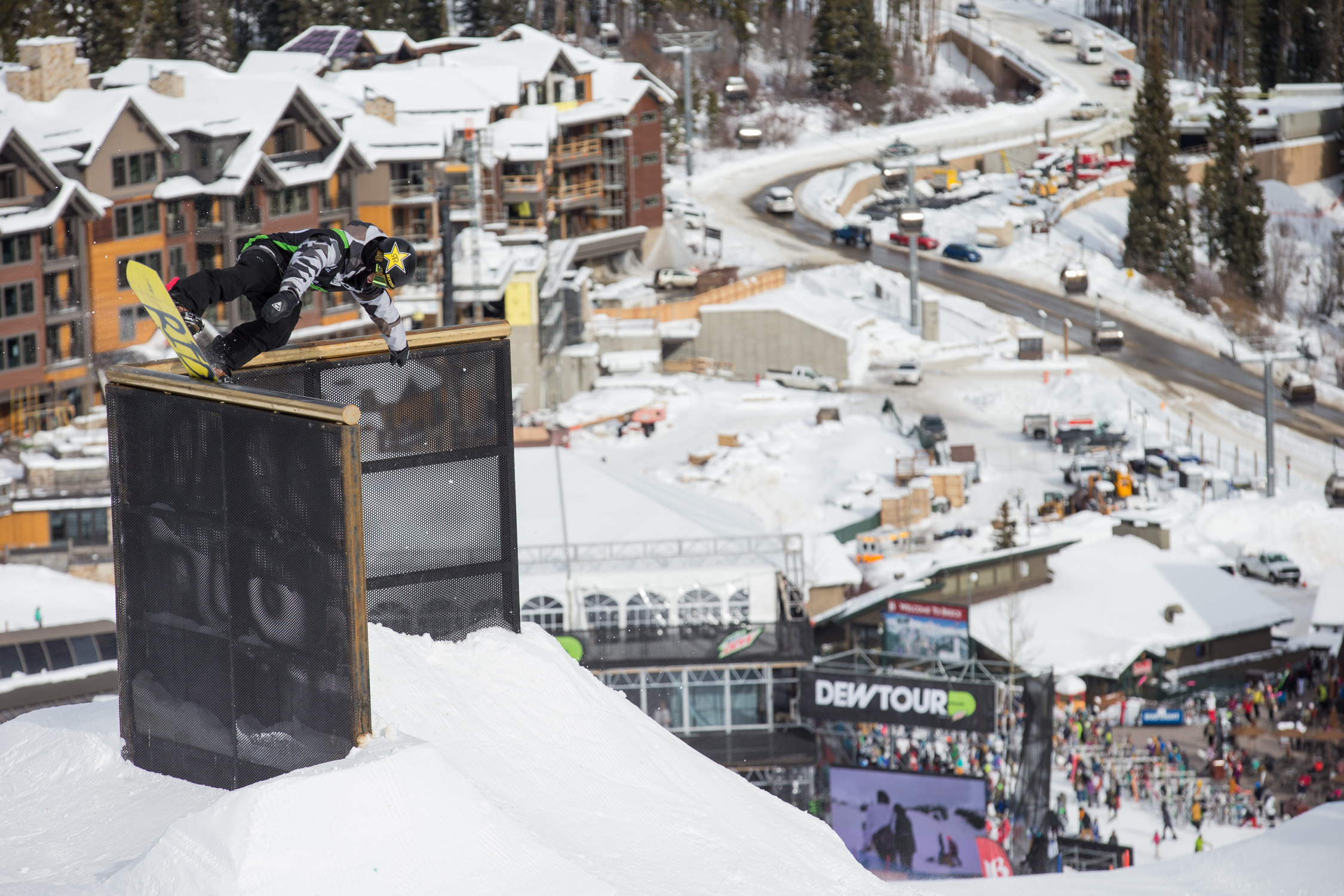 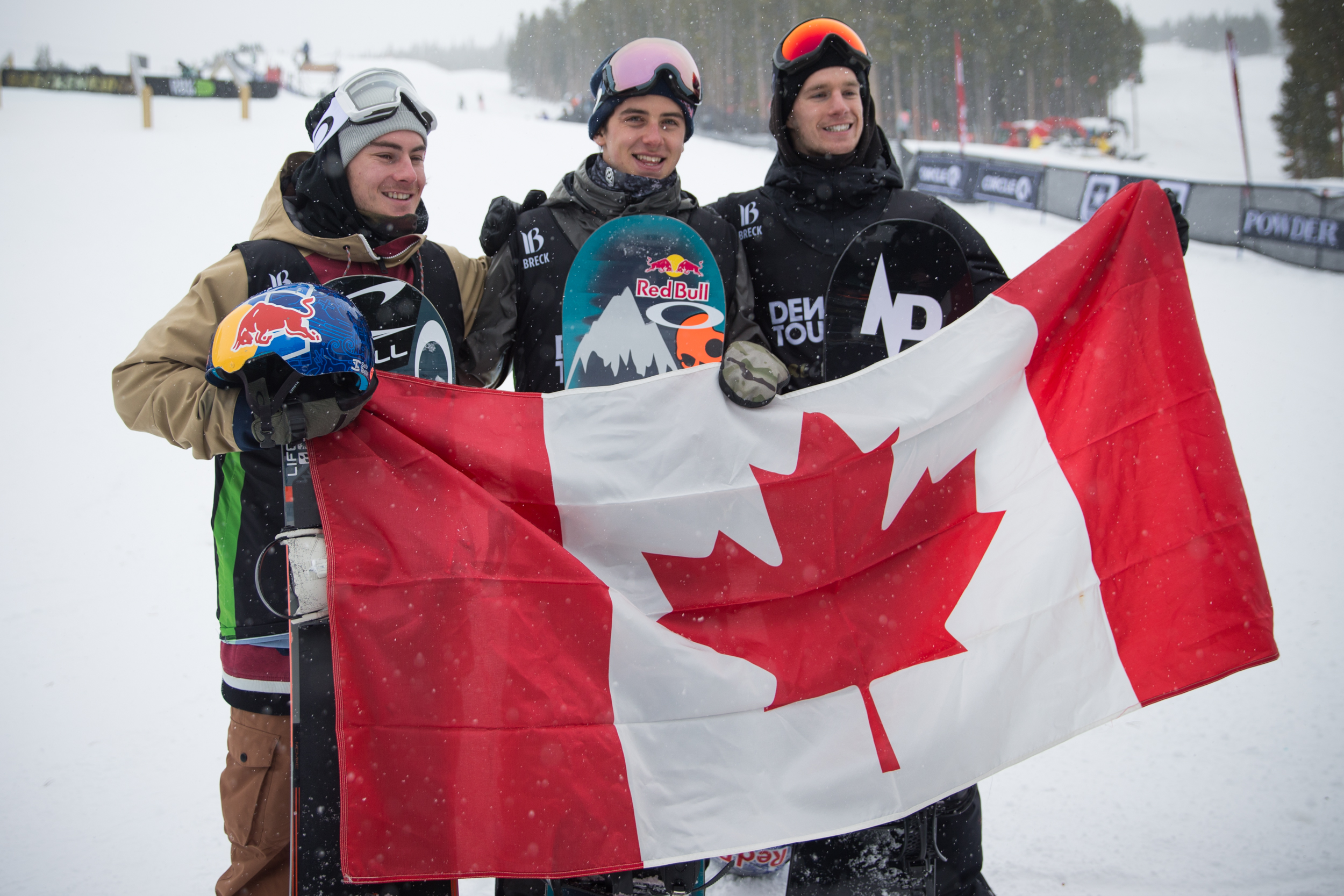 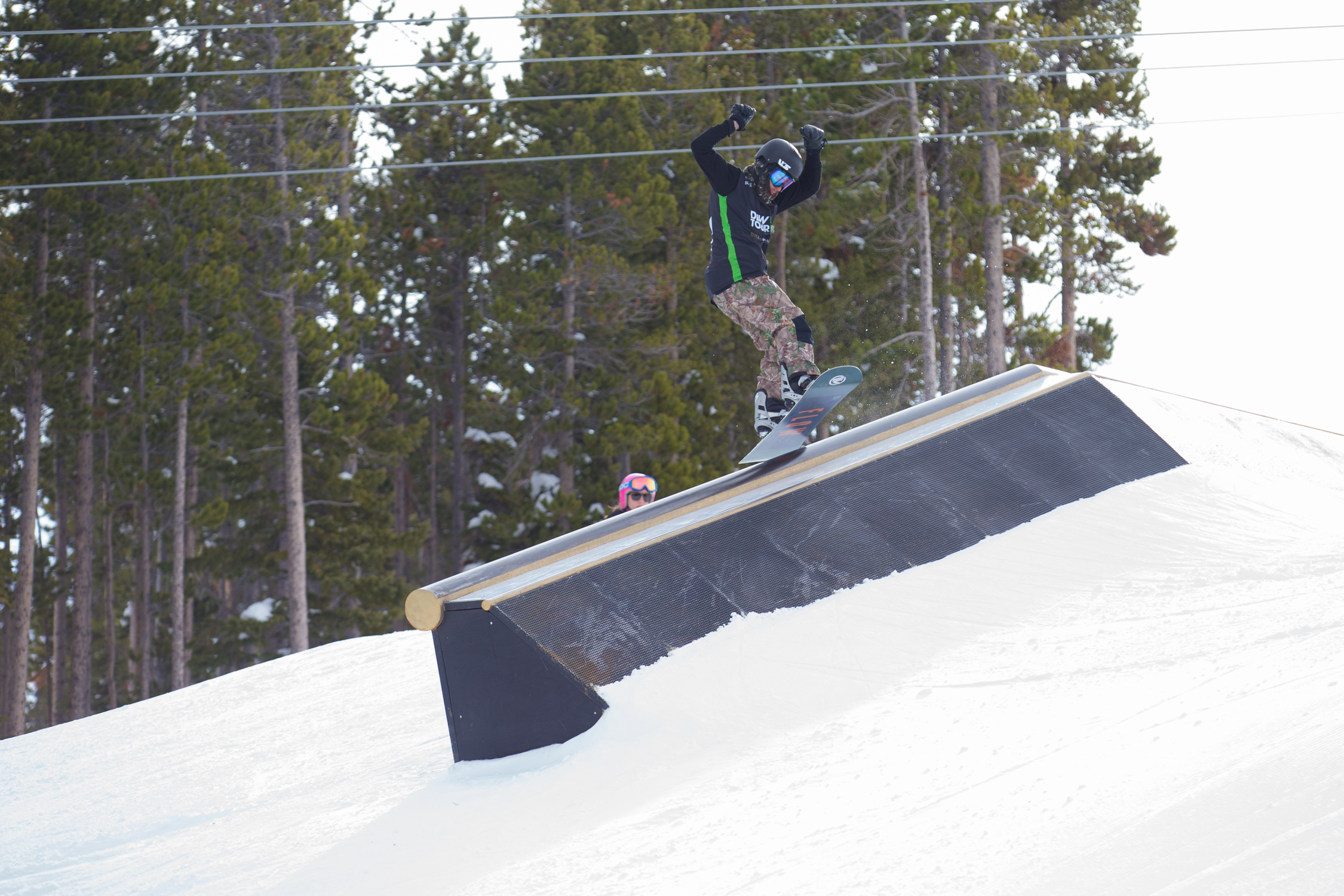 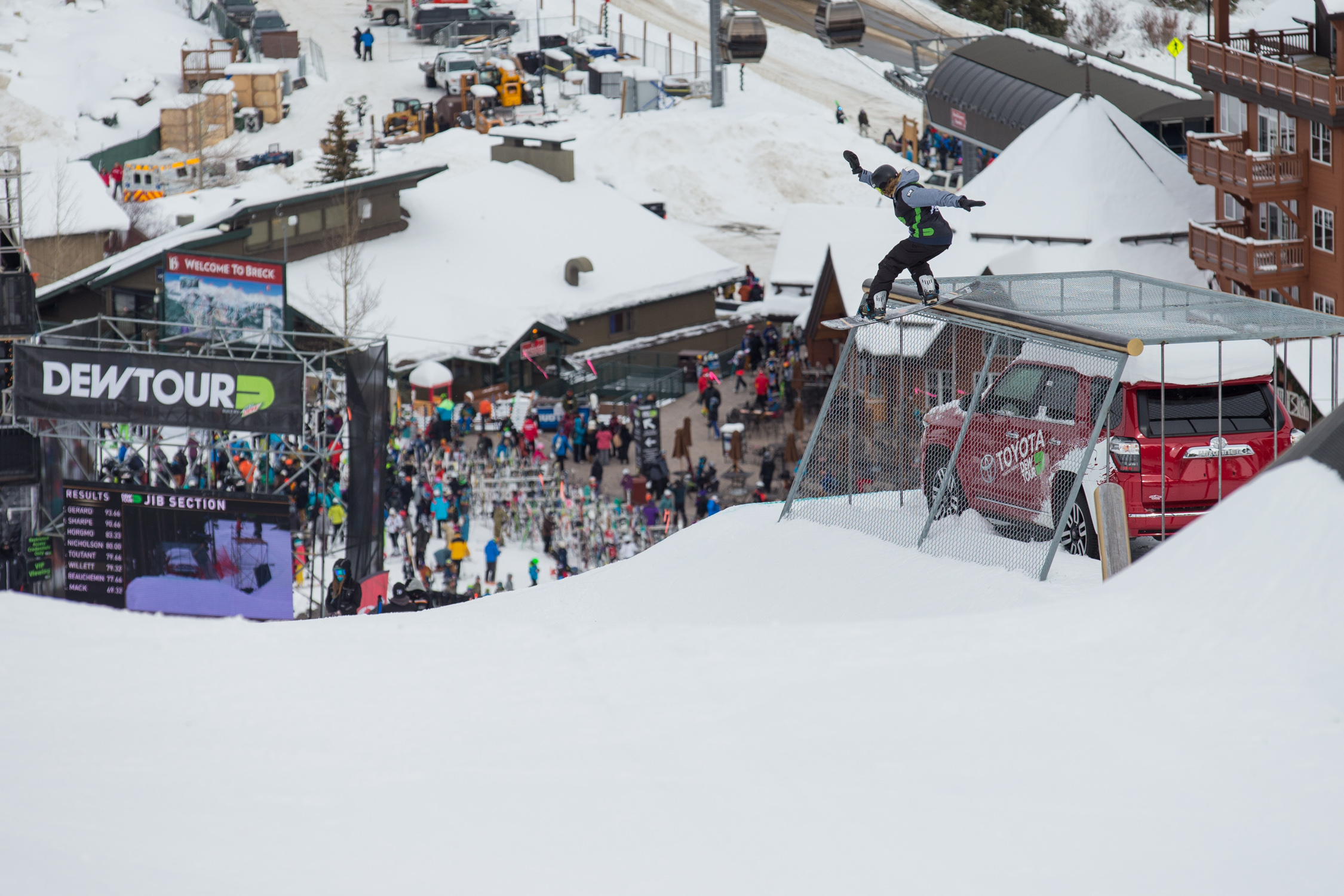 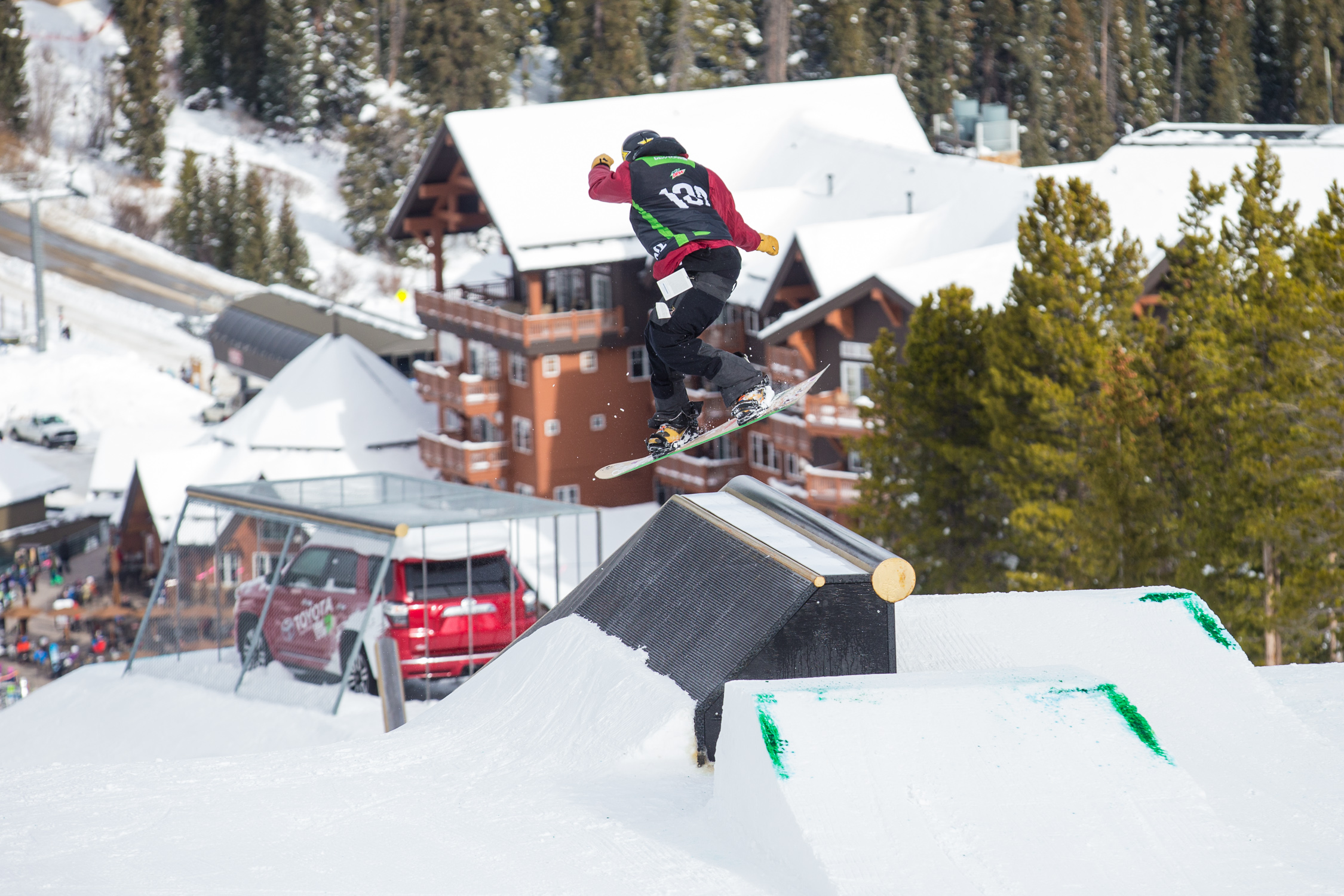 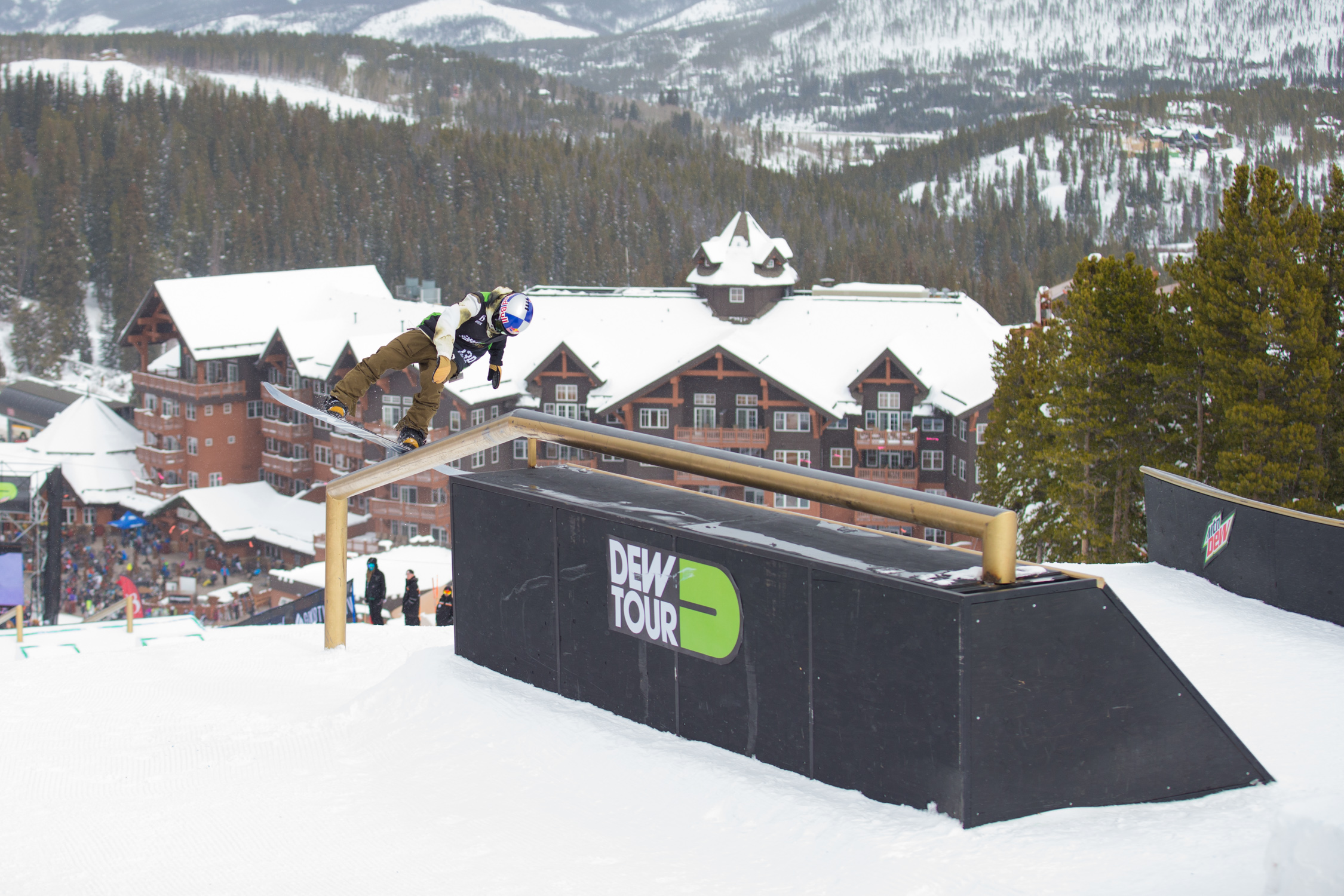 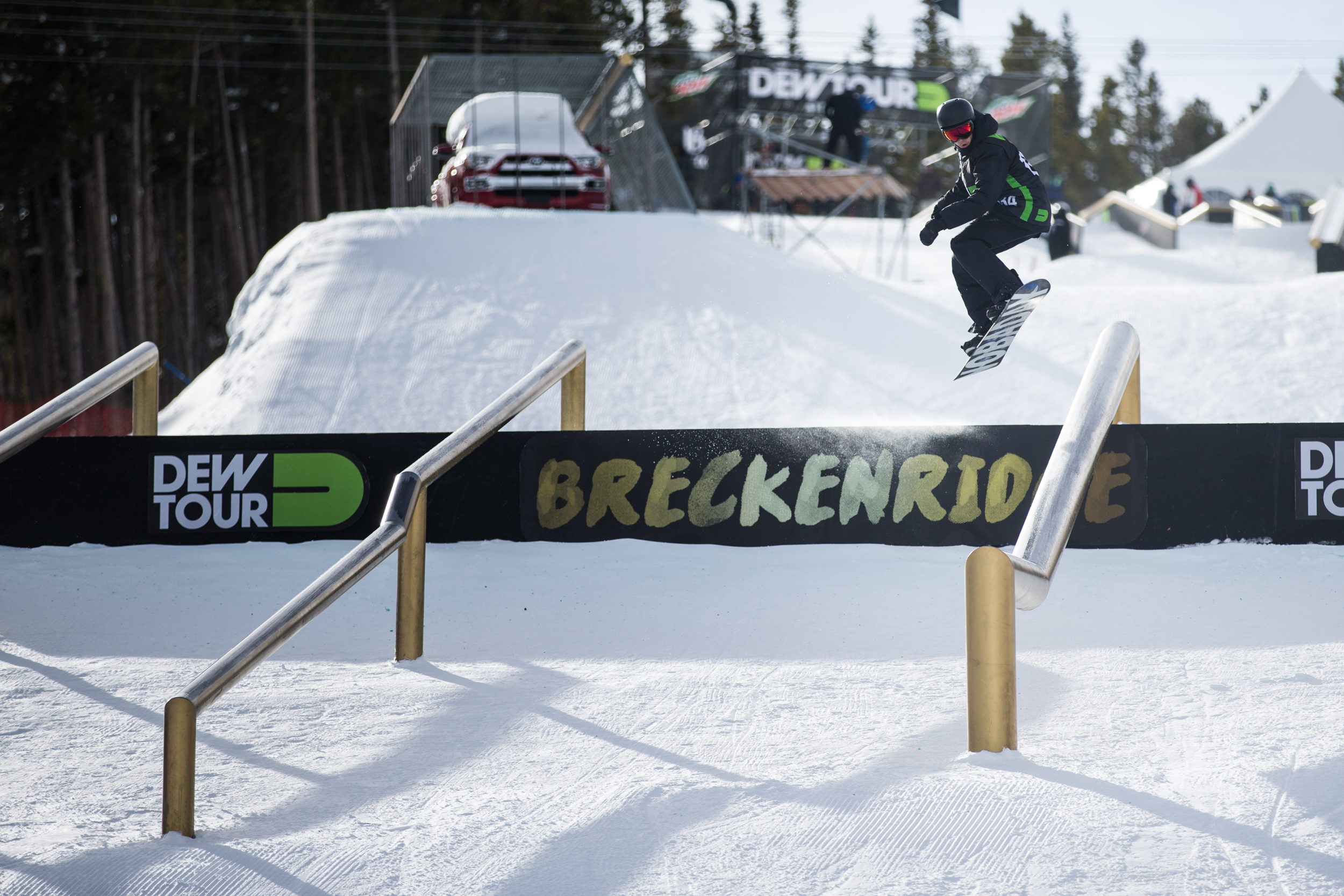 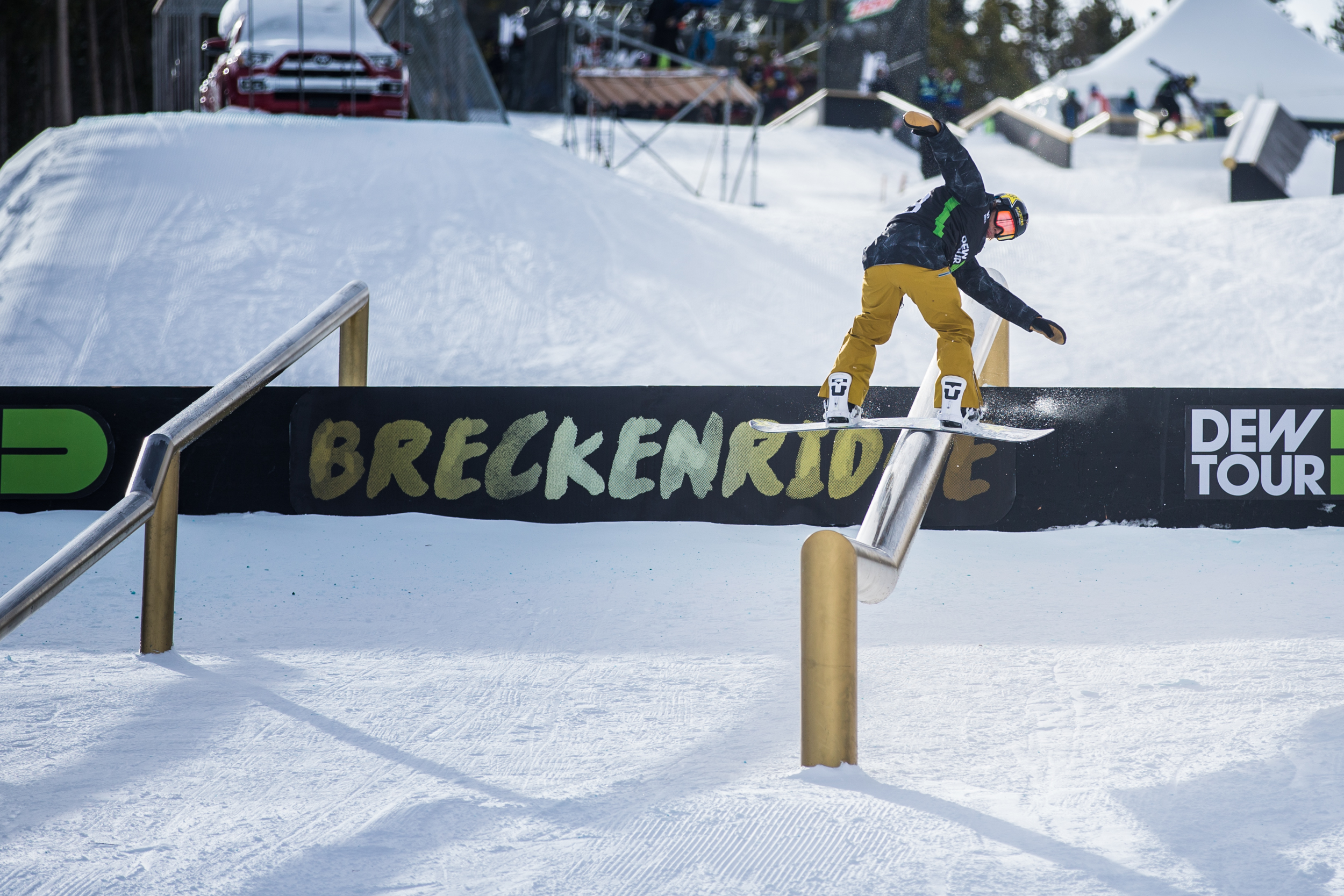 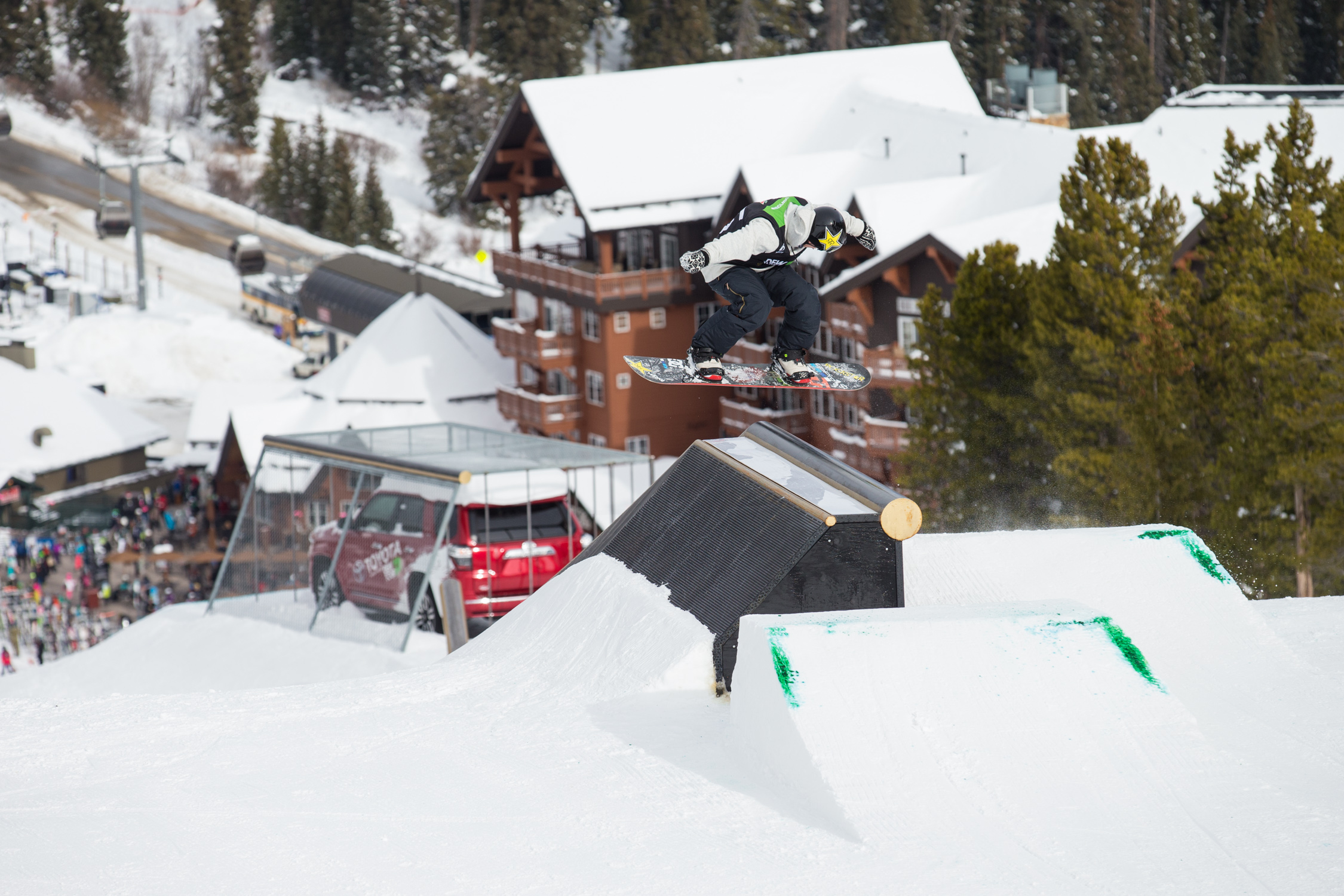 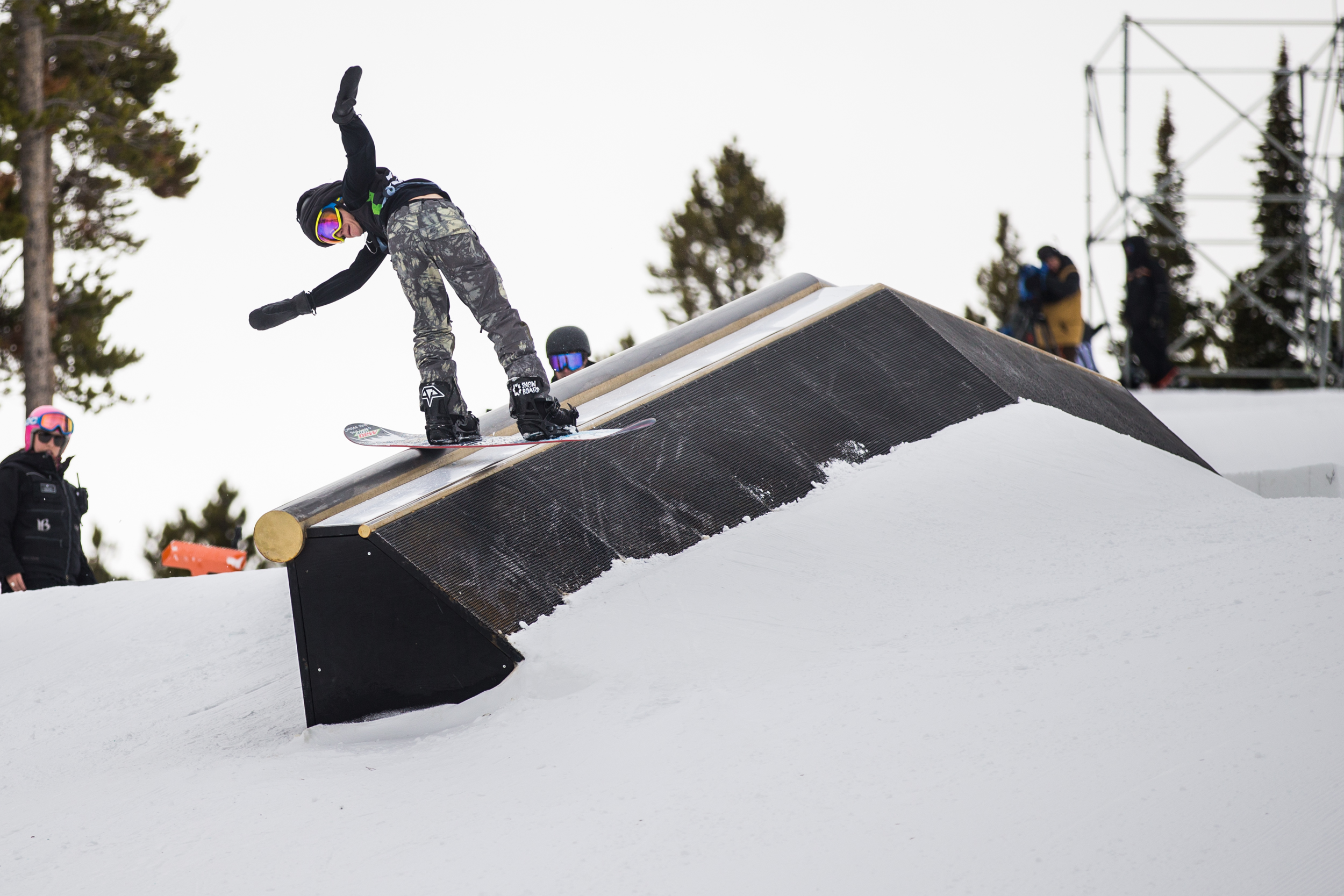 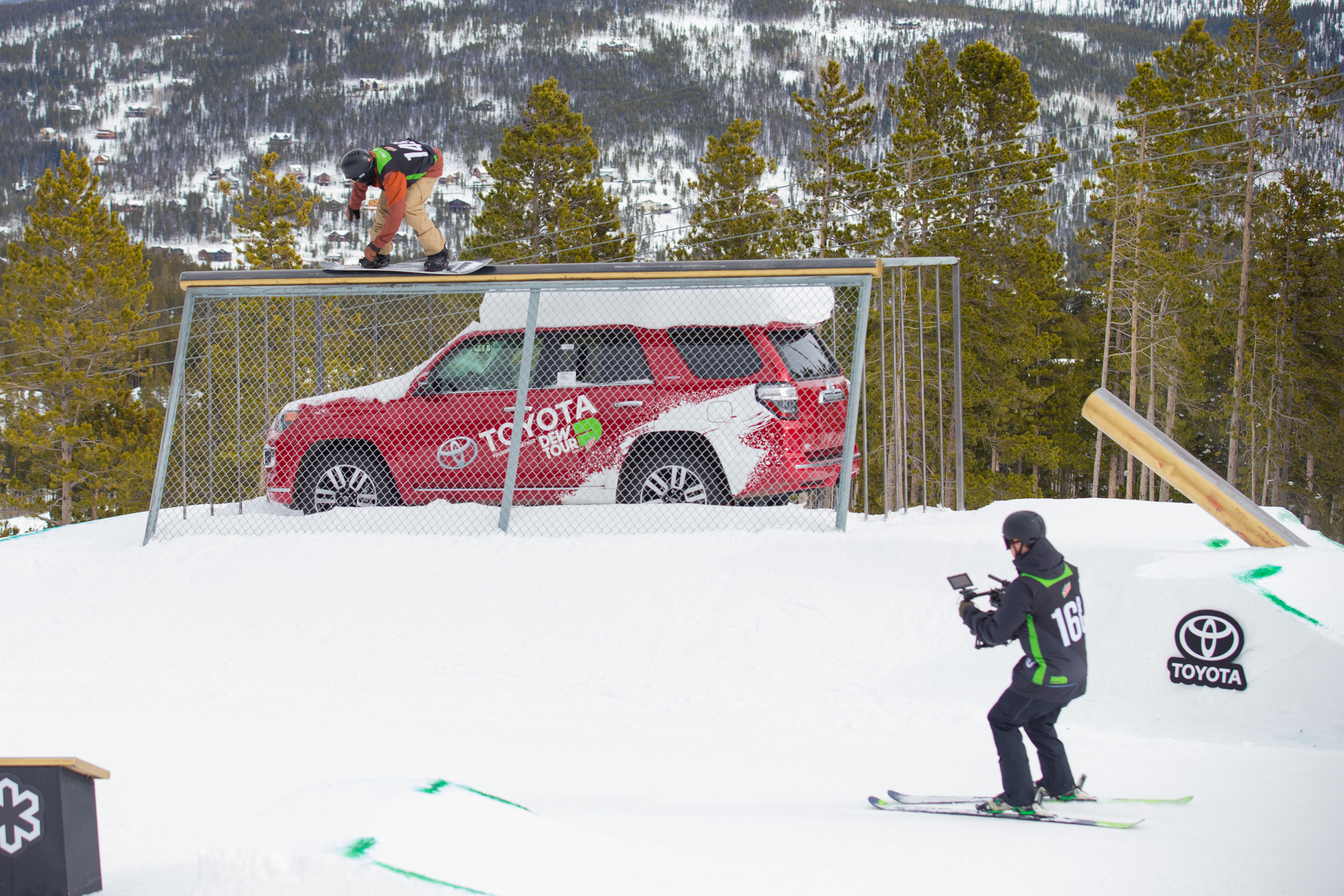 The inaugural two-part Men’s Snowboard Slopestyle Pro Competition came to an exciting close Saturday on the rails section with the final run ultimately deciding the outcome.

As part of the reimagined Dew Tour in 2016, Breckenridge was gifted the first glance of the all new format that separated jump and jib courses. Final results for the event overall were out of a possible 200 points once the jump and jib scores were combined.

Following up Friday’s action on the 65-foot Big Air jump, Mark McMorris came into the second half of the event with a comfortable lead. However, with Dew Tour introducing the unfamiliar format, anything was possible—and athletes were okay with that.

“Oh, hell yeah,” answered Torstein Horgmo, when asked if he would like to ride in this type or a similar type of format again. “If this would have been the same Slopestyle course that they have had for the past 10 years, I wouldn’t have come. But they changed it up, so I am super down.”

Snowboarders benefited from an early start to their final, because as the event continued wind squalls began to intermittently gust through the jib garden. Still, athletes were able to give the course their all, and the result was everything Dew Tour hoped it would be—technical, creative, and completed with cleanliness.

Brandon Davis was definitely one of the riders to execute on all levels throughout the rails course. Davis’ best run included a switch front board pretzel to start his run on the down bar, stalling at the top of the cornered wallride doing a frontside 180 to switch 50-50 cab out, bluntslide 270 out of the Toyota cage, and a backside 360 on and backside 180 off of the final rail.

“It’s nice to see stuff that is not so standard and easy on a course,” Davis pointed out. “You have to work with it because it doesn’t put out easily. Hopefully we keep seeing more creative courses.”

Davis was not the only athlete to show his excitement. Sebastien Toutant, a.k.a. Seb Toots, also expressed his interest in fresh take on the traditional Slopestyle event.

“I think if they keep that format for the future it would be really cool,” stated Seb. “It is cool to ride  [two courses] and keep your mind separate from the rails and the jump.”

Seb started his strongest ride with a nosepress back 180 to switch nose press on the flat to down rail, cab 450 off the toes into the second rail, 50-50 the pole jam to backside tail slide across the top of the Toyota cage, and finished with frontside 270 to lipslide on the last rail to earn third overall.

“Slopestyle has been the same for many years, and now [Dew Tour] is changing it up. I think it’s cool,” said Max Parrot after earning second overall in the Slopestyle Pro Competition. “‘I’m stoked. It’s a new challenge with this new format.”

Admitting that the rails course was not easy at all, Parrot loves to be challenged and this format forced him to step up to the test. When asked if he has a preference to the rails or the jump course, Parrot responded, “It’s like choosing between your two children. I really like them both.”

Still, despite all of the heavy rail lines and high scores, the final result all came down to the last rider to drop—McMorris.

On Friday, McMorris stomped his two best scores on the first two jump attempts and he was able to relax thereafter. However, when it came to the rails section his initial runs were a little too rocky to rest easy.

“Doing that last run under pressure is just one of those things that really bums me out. But honestly, it makes me ride better. I just want it so, so much,” explained McMorris. “You don’t want it to have to come together on the last run, but I have been super blessed to have a lot of success under pressure.”

The end result of the all new format was a Canadian sweep of the podium.