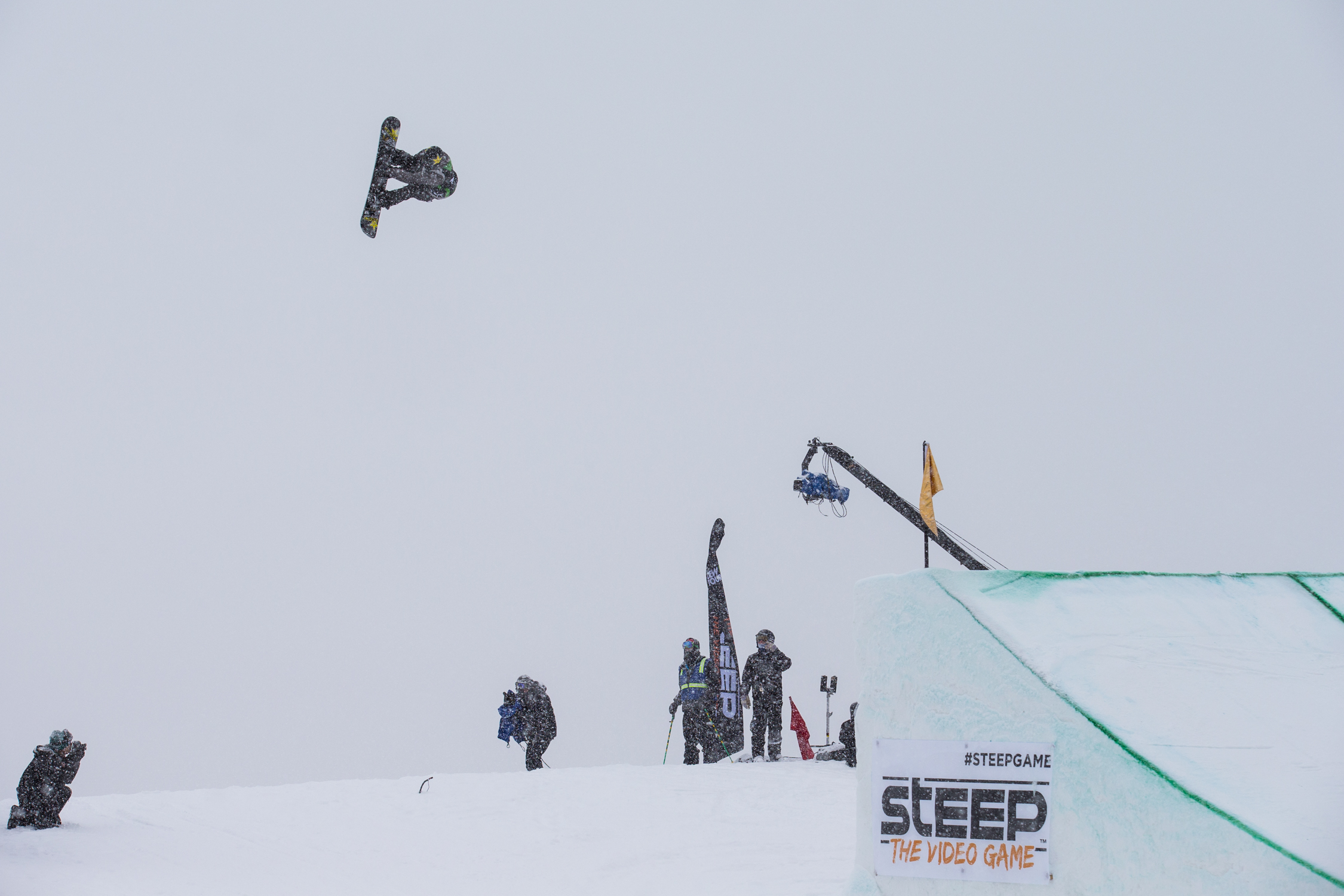 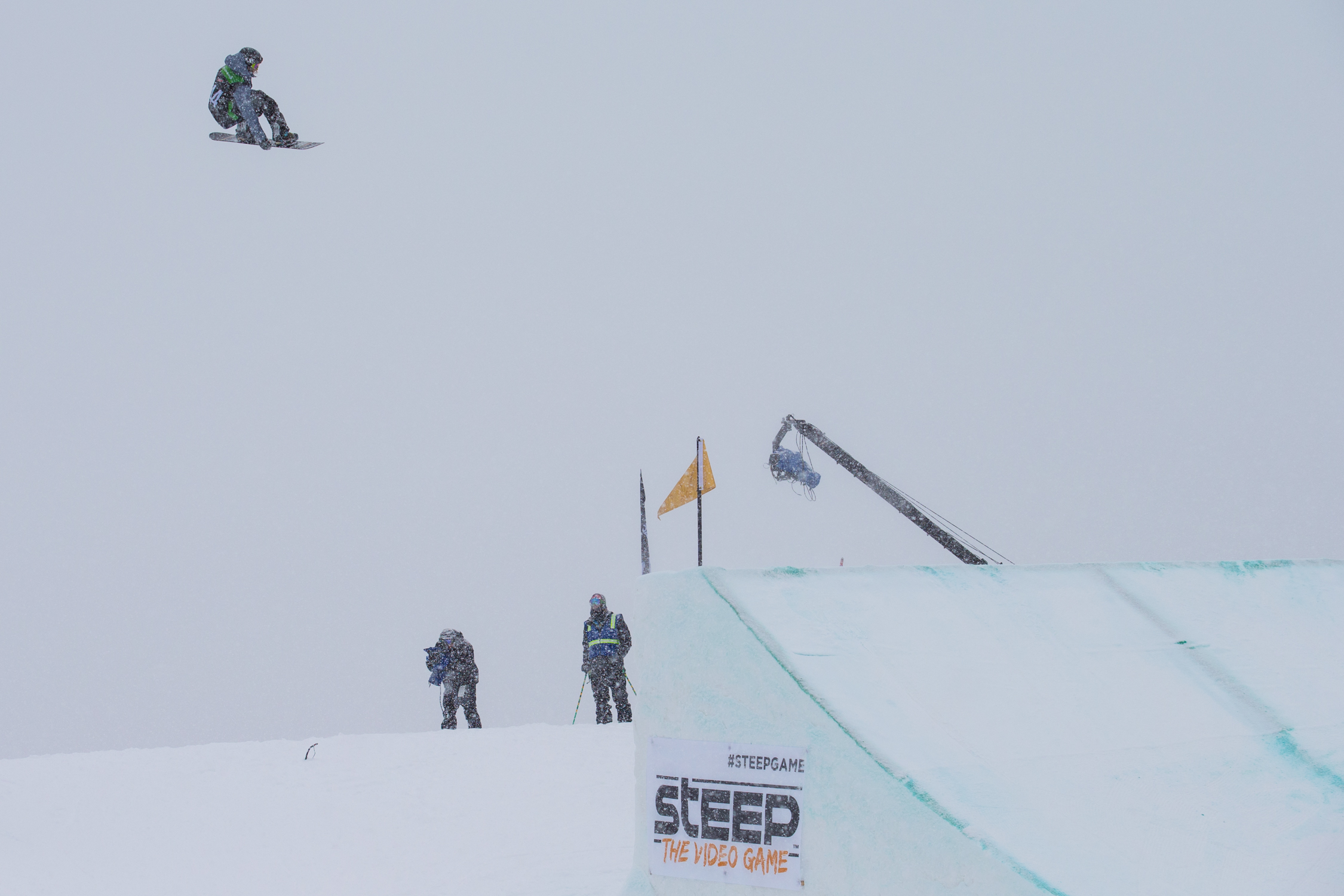 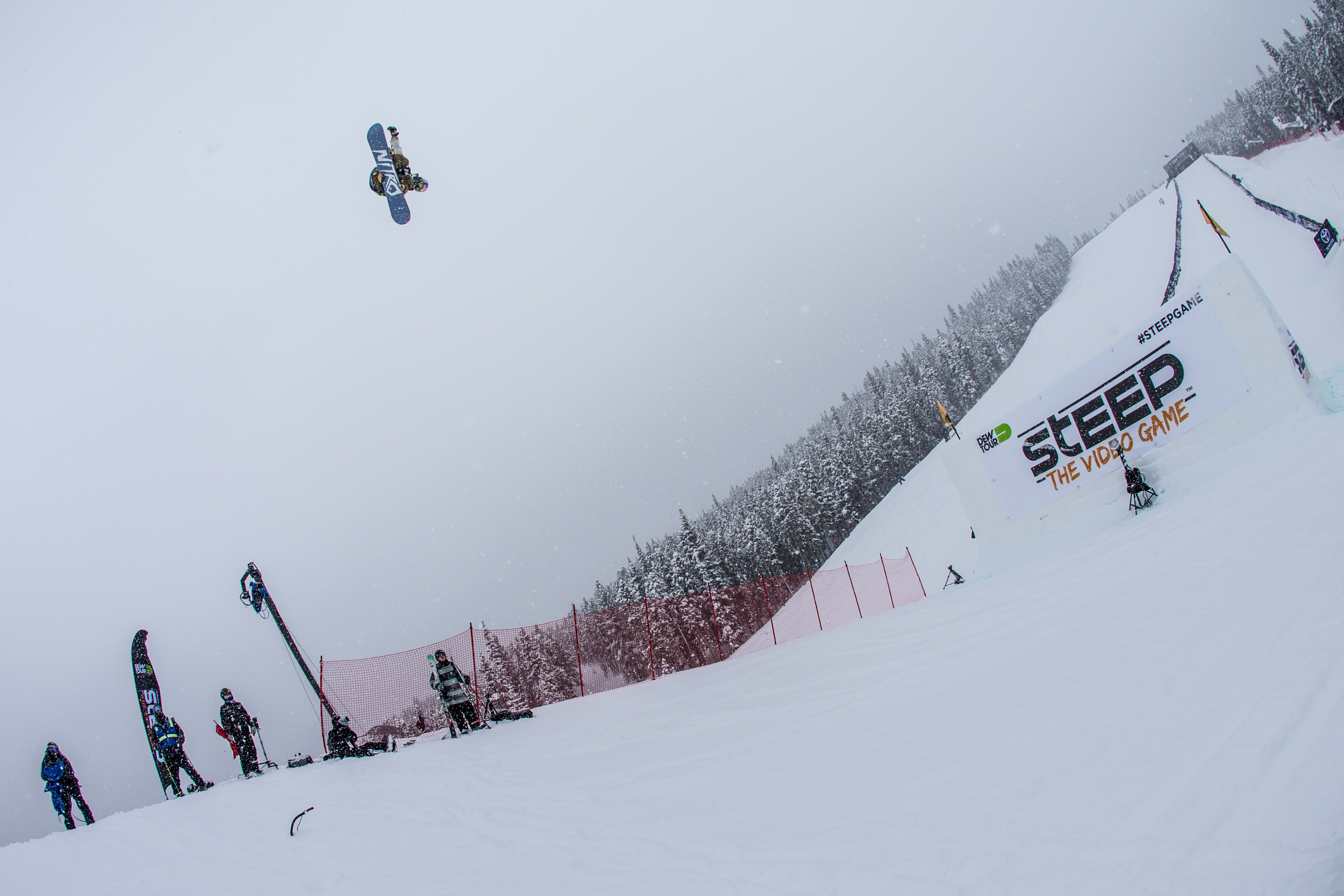 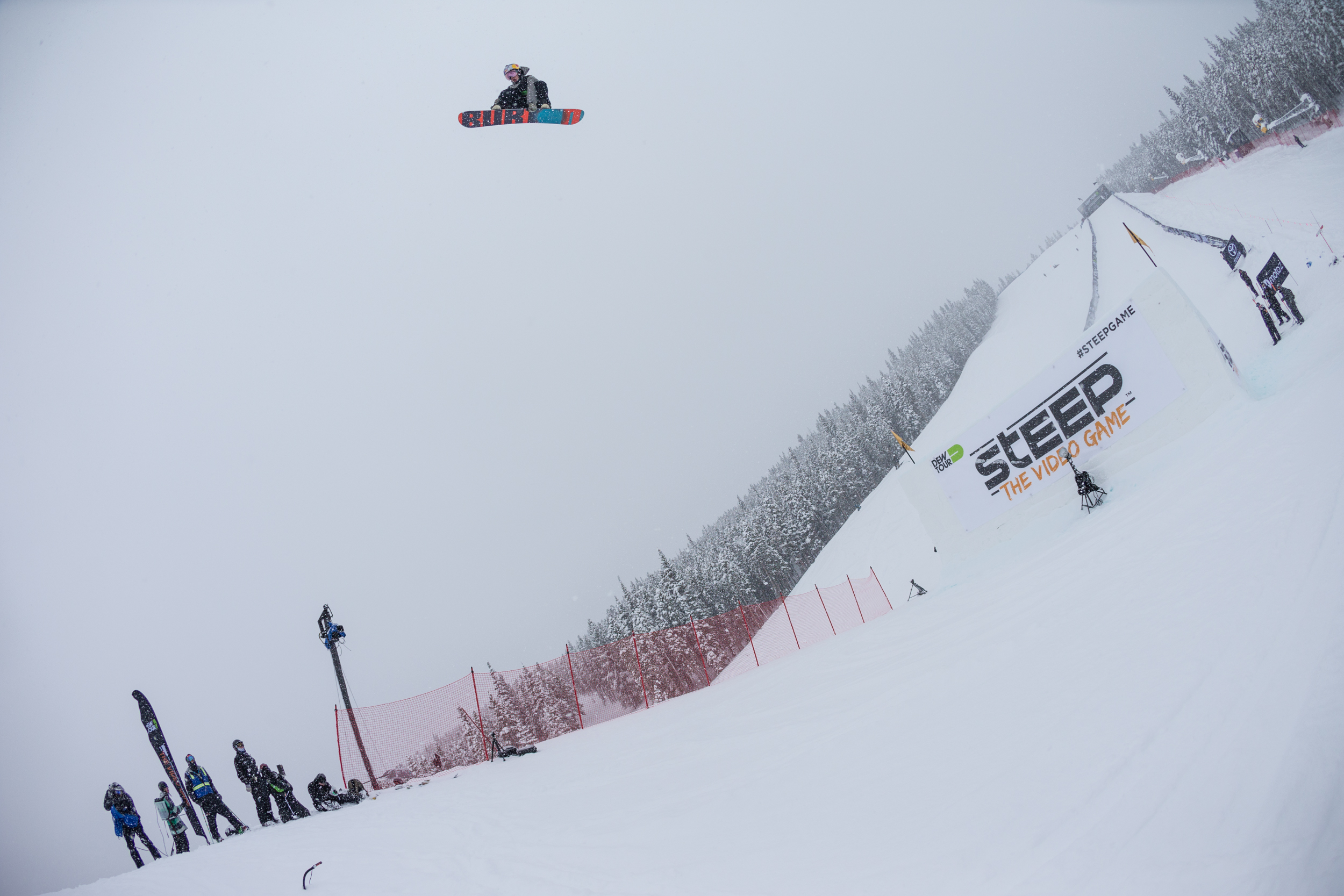 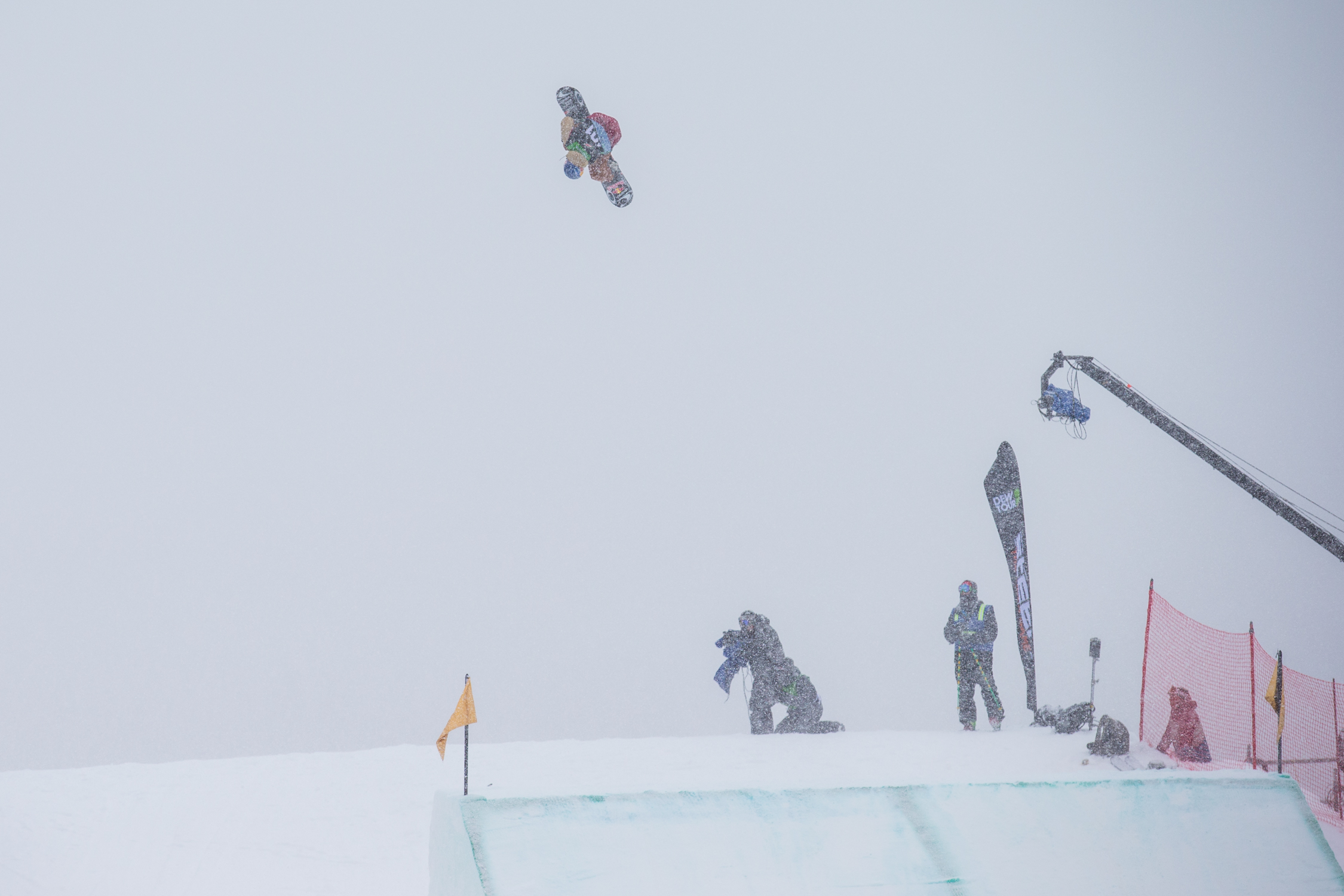 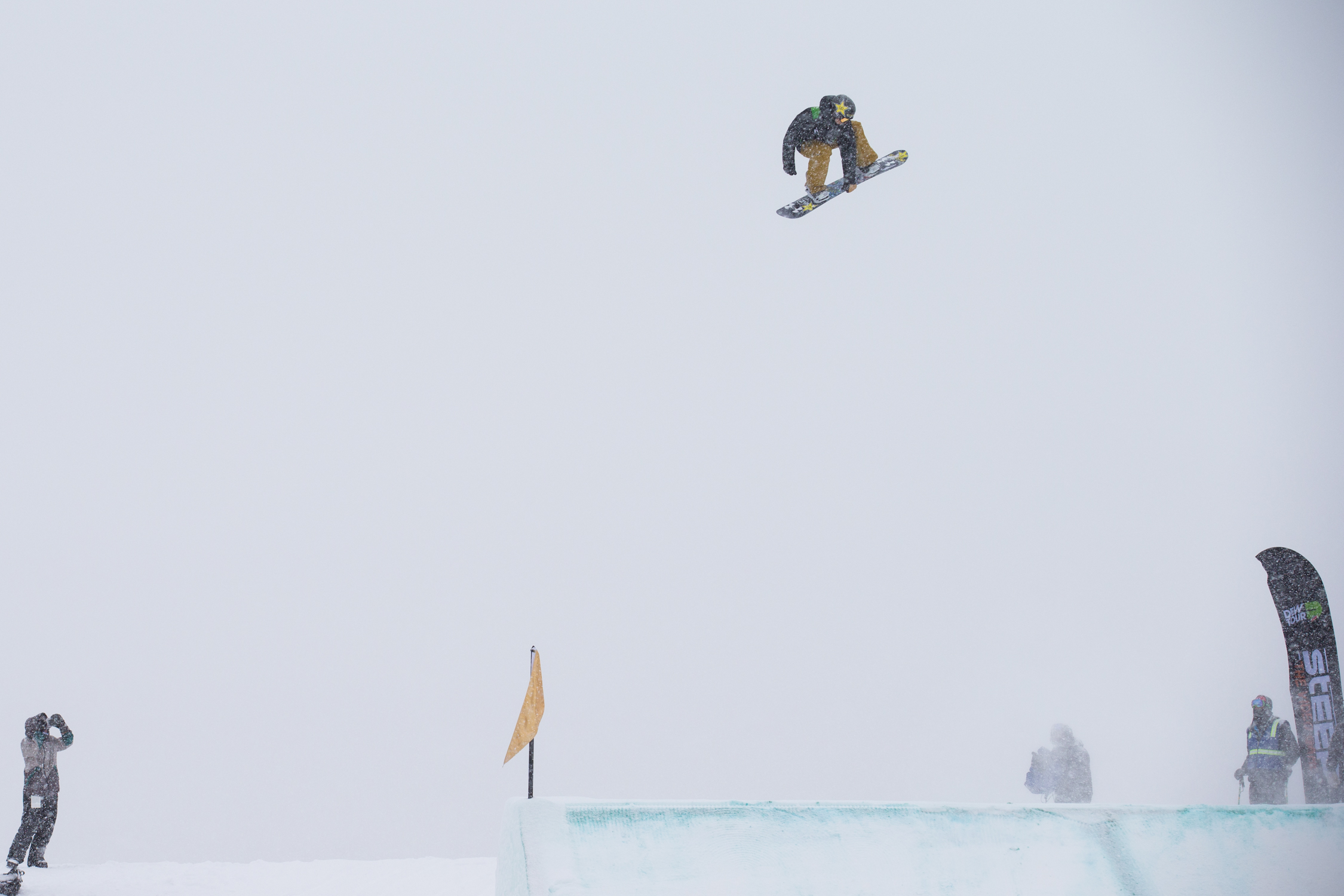 Incoming weather promising a week of nonstop snowfall caused for a complete competition reschedule at Dew Tour Breckenridge 2016. After the schedule shuffle, it was the Men’s Snowboard Slopestyle Pro Competition slated to open up the weekend of snowboarding events.

As part of the reimagined event, the new Slopestyle Pro Competition comes complete with a fresh format that breaks jump and jib features into separate and equally weighted courses. However, due to the incoming snow storms, Dew Tour made the call to run the jump sections for all events on Friday and postpone part two of the Slopestyle Pro Competitions in the jib garden until Saturday.

Knowing that each rider would receive four attempts at the 65-foot booter, they wasted no time getting to work on their heaviest tricks. Final jump scores were made up of the best two tricks spun in different directions for a maximum total of 100.

Ambushed by snow, riders waited in the start tower for the green light to drop. However, when it was their turn to go every rider opted to hike up an additional 50 yards for added speed.

“I think it is better to have more speed than not enough, so I’m just trying to start as high as possible,” explained Sebastien Toutant, a.k.a. Seb Toots. “It’s super hard to see how fast you are going… I feel like we are more focussed on the speed than the tricks we are doing.”

Though hiking up seemed to solve the speed issue, Mikey Ciccarelli found out that it created another concern as he came eerily close to clipping the tower on his way in.

“It’s basically like riding trees, you’ve got to thread the needle,” said Ciccarelli. That being said, Ciccarelli made it clear that he was going to continue hiking. “I’m probably going hike even higher this run.”

Ciccarelli managed to pull a backside triple cork 1440 on his second jump.

McMorris had banked a total score of 95.33 after his first two jumps. Despite sitting nearly 20 points ahead of his closest competitor, McMorris mobbed toward the jump even faster for his third hit.

“Too much speed,” started McMorris. “I was shooting for too much speed and g’d out off the takeoff.”

In the end it didn’t matter, McMorris had it in the bag with his first two jumps and opted for a relaxed victory lap to finish the day.

Not only did McMorris ride out of the jump section of the Slopestyle Pro Competition on top, he did it on his birthday!

Don’t miss the Men’s Snowboard Slopestyle Pro Competition finale on Saturday, December 10 when the athletes take on jib garden to earn the second half of their overall score.