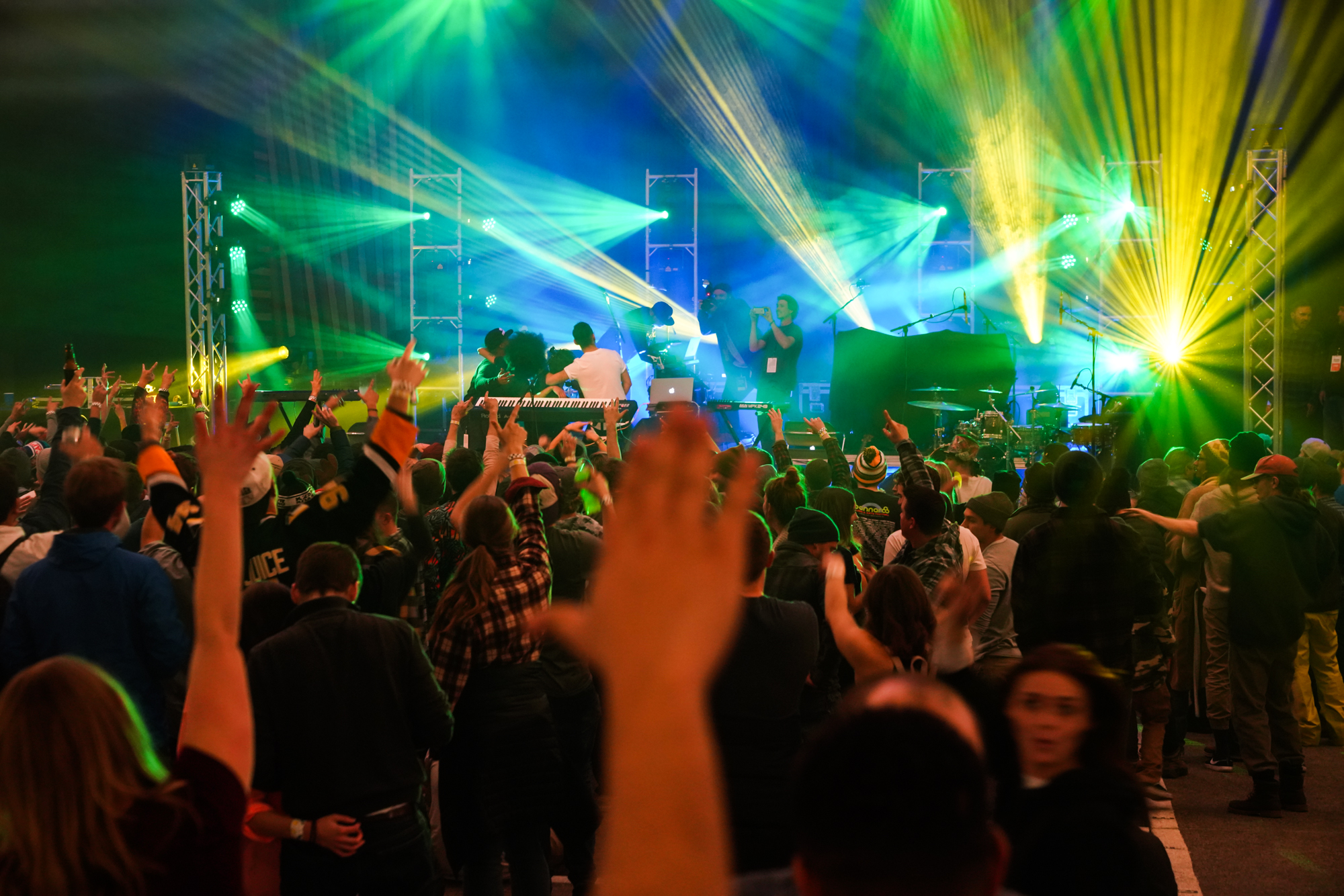 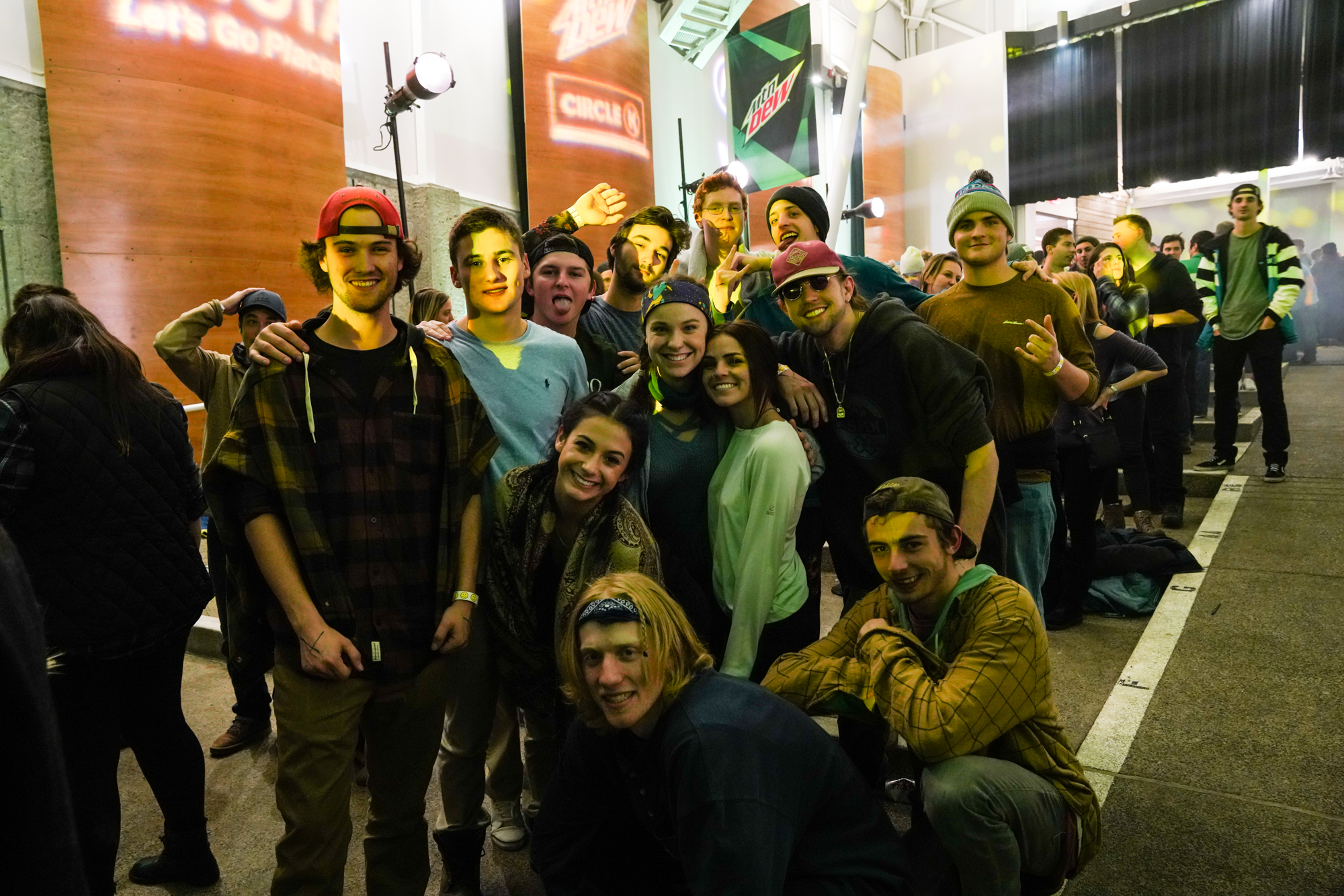 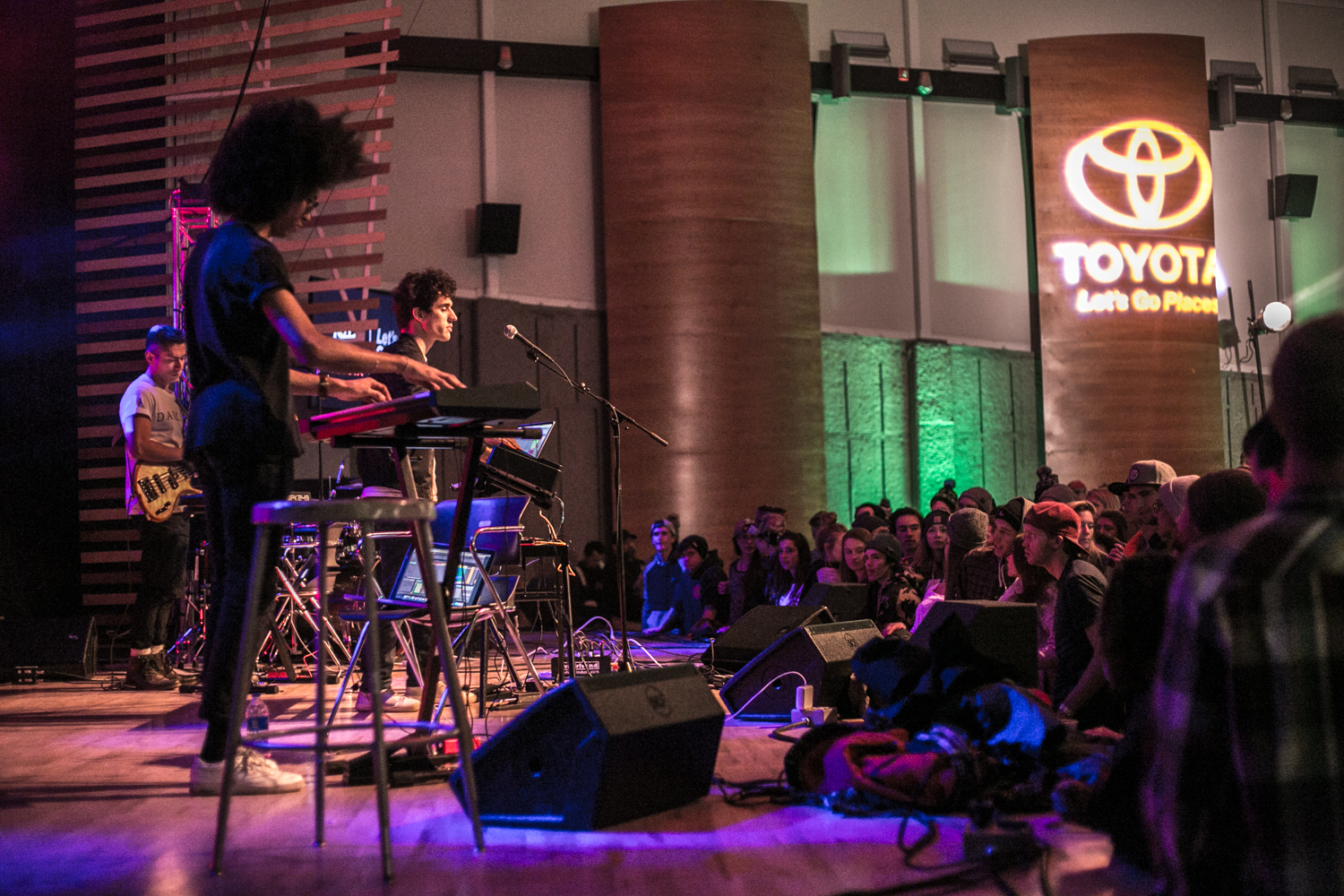 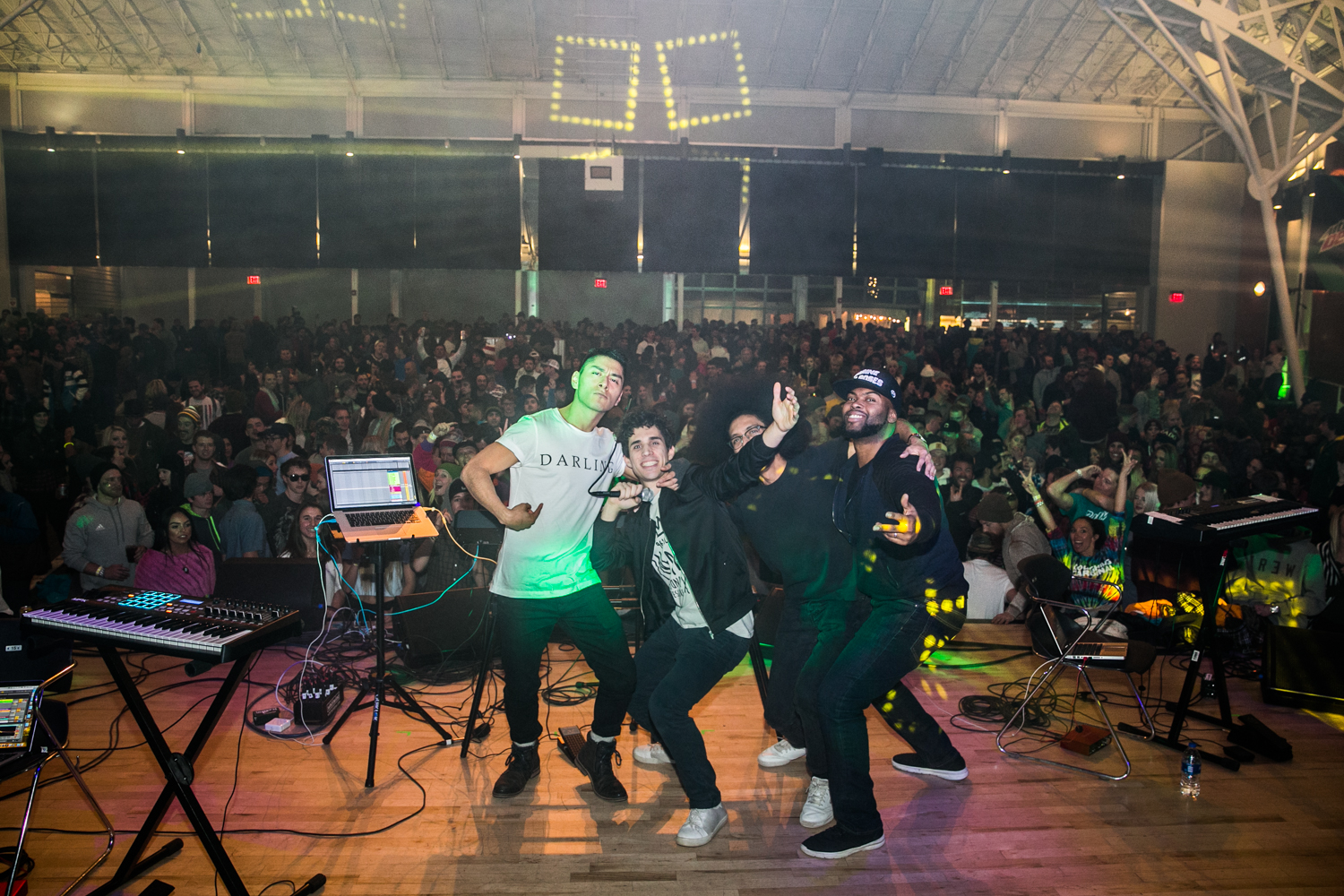 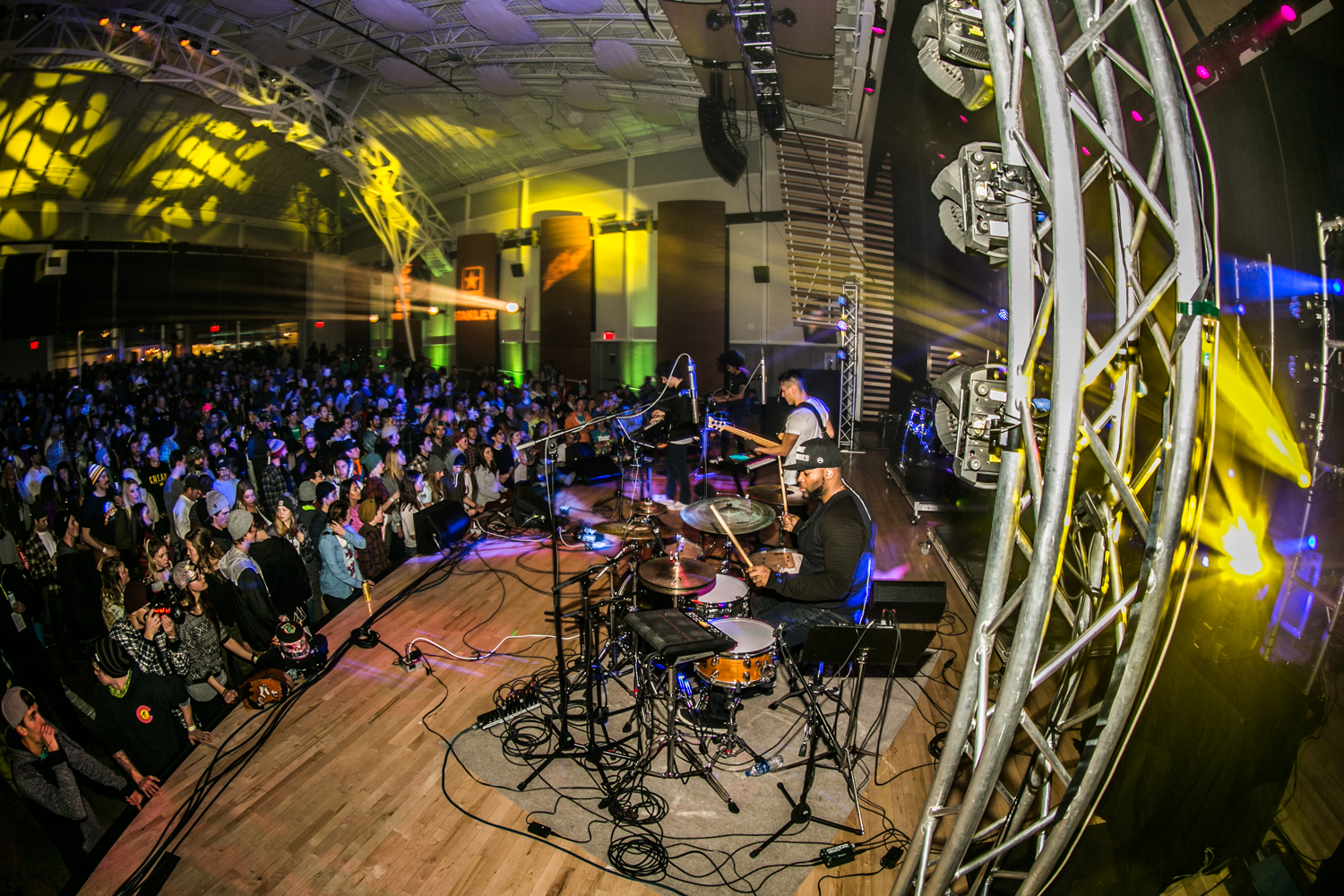 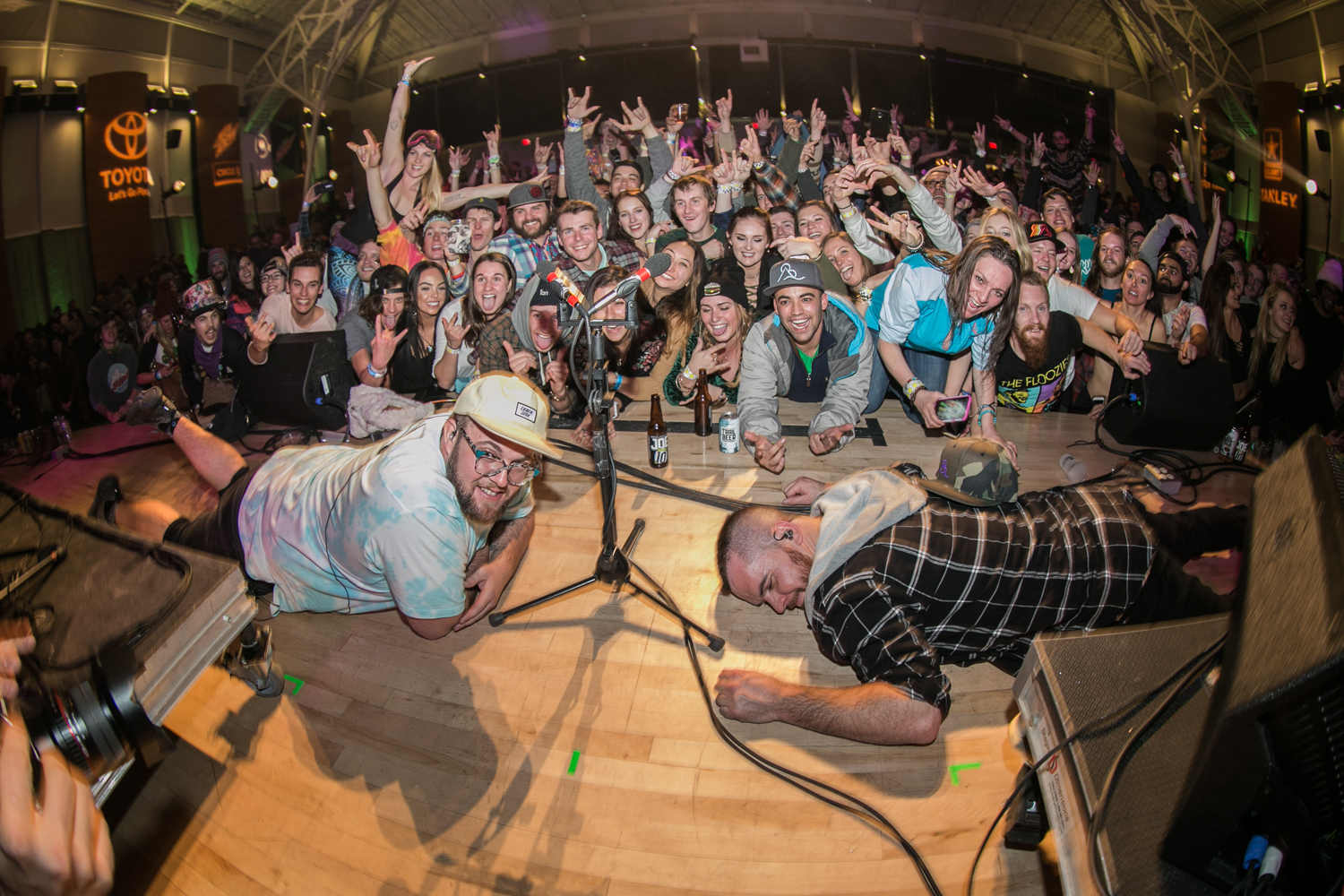 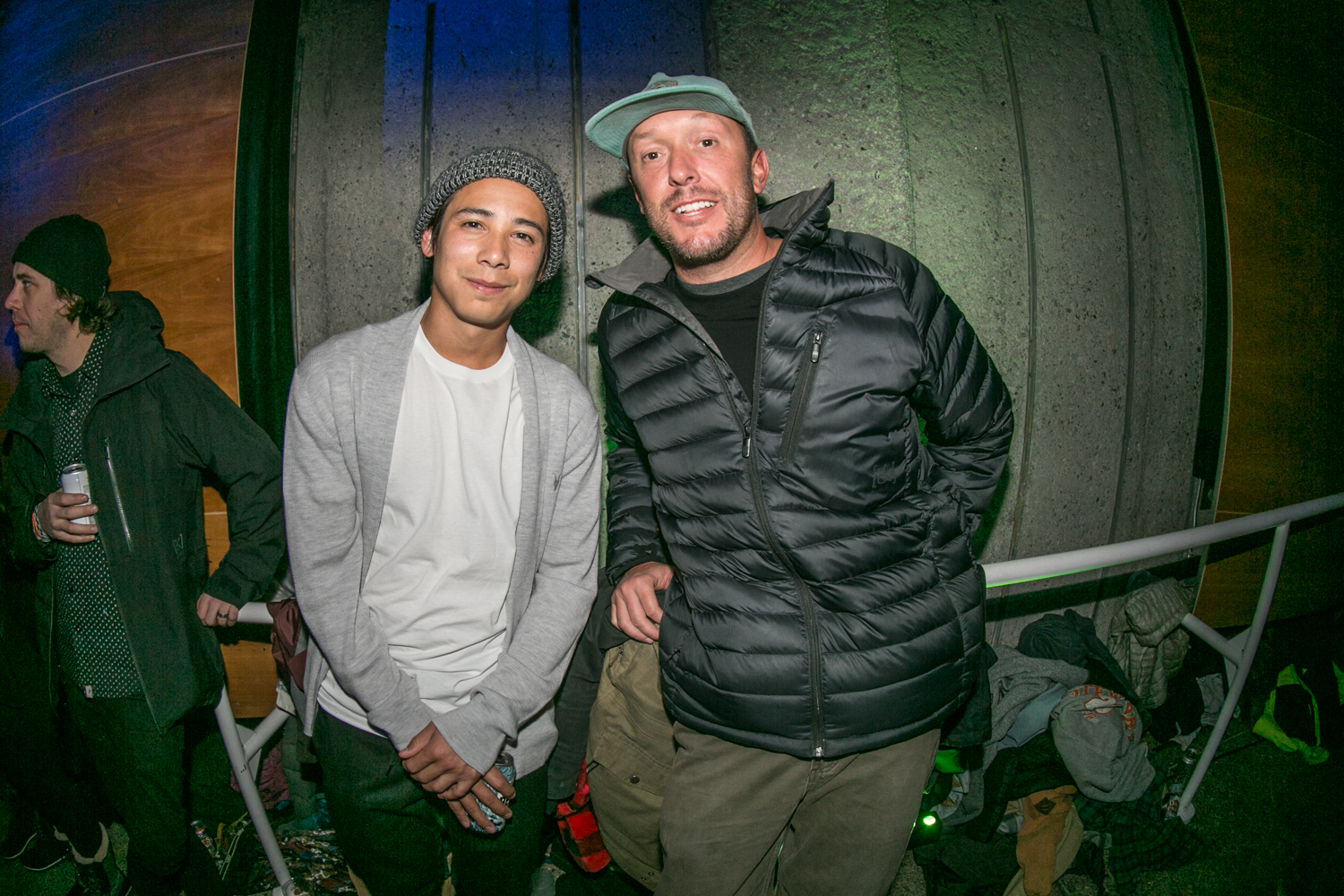 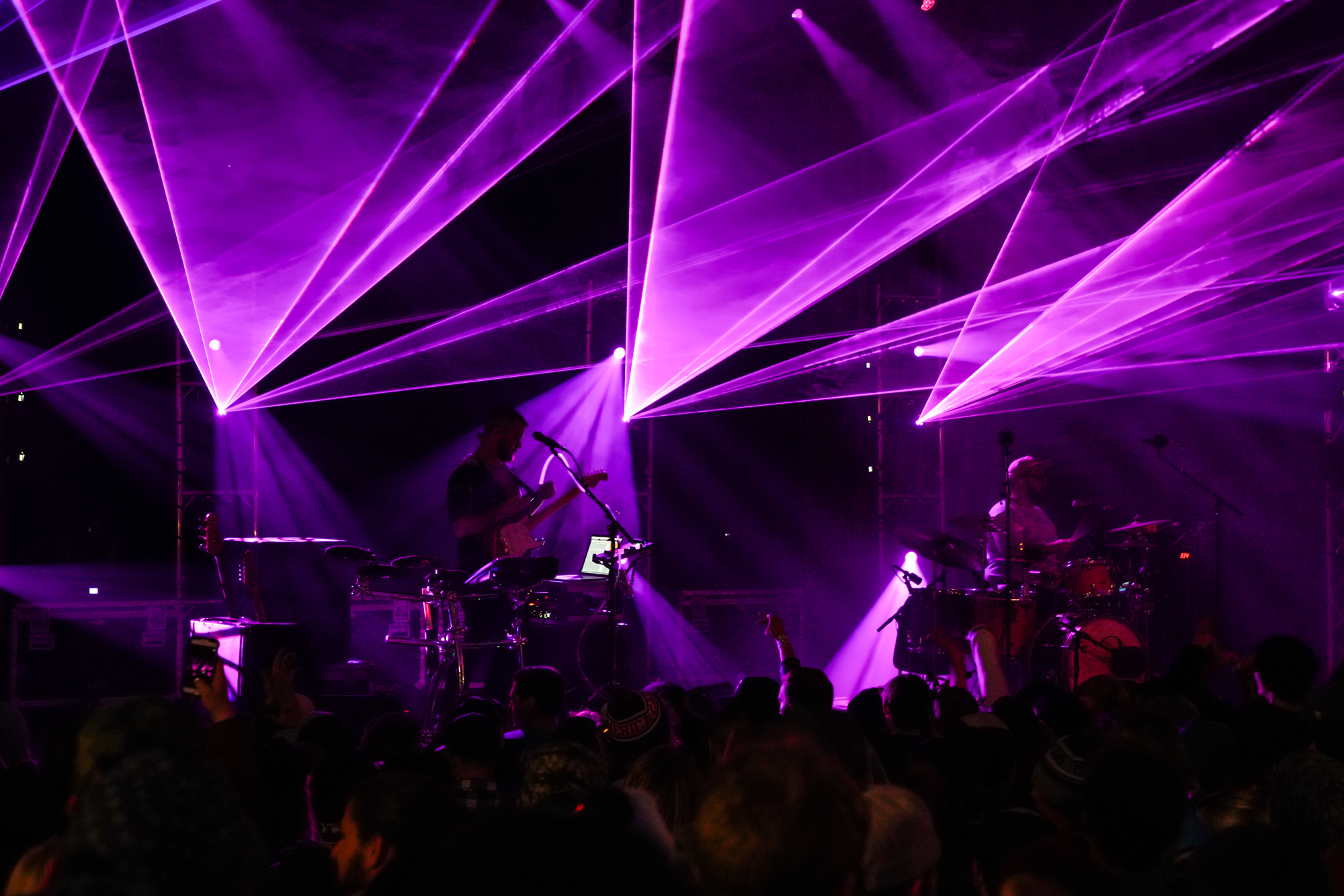 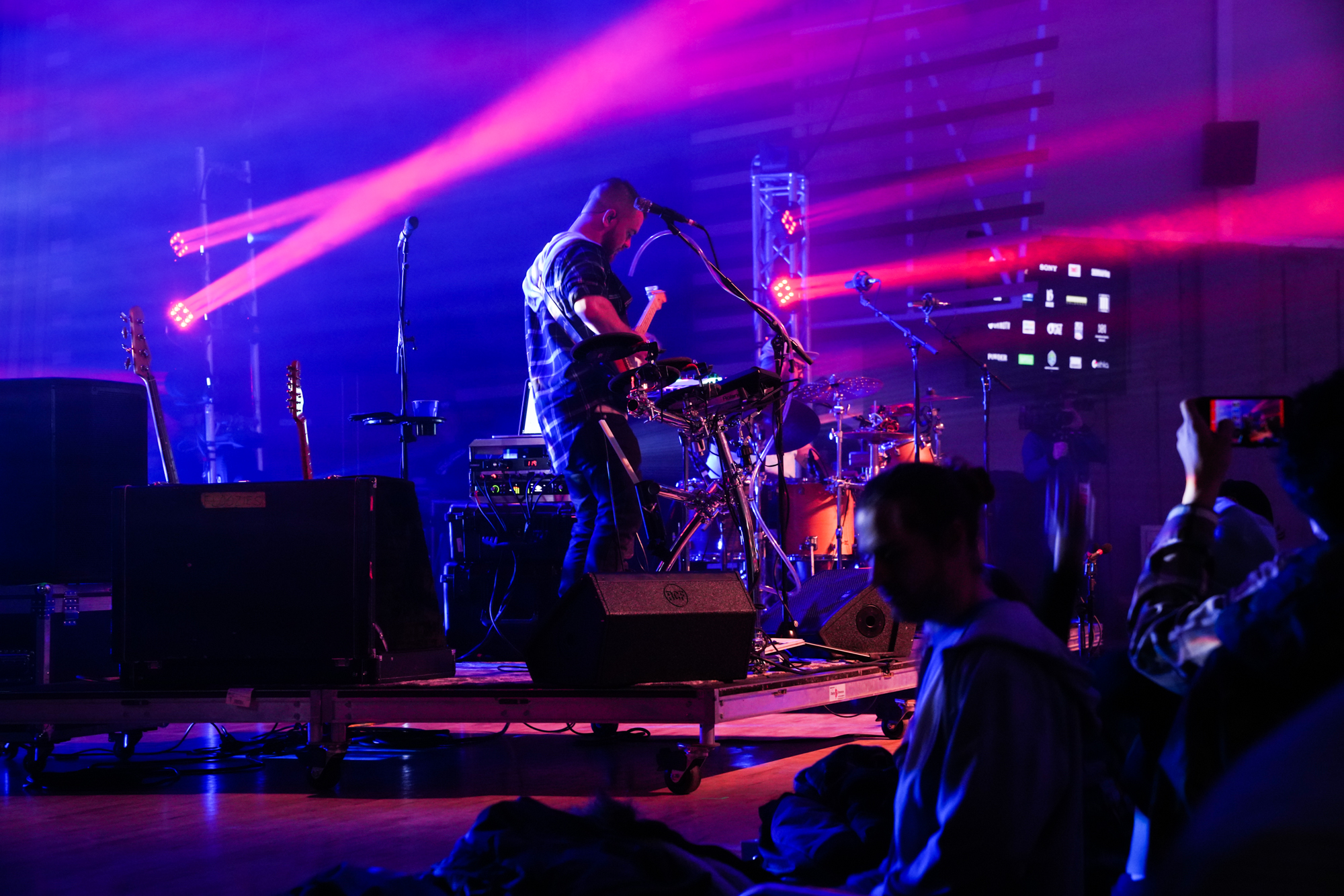 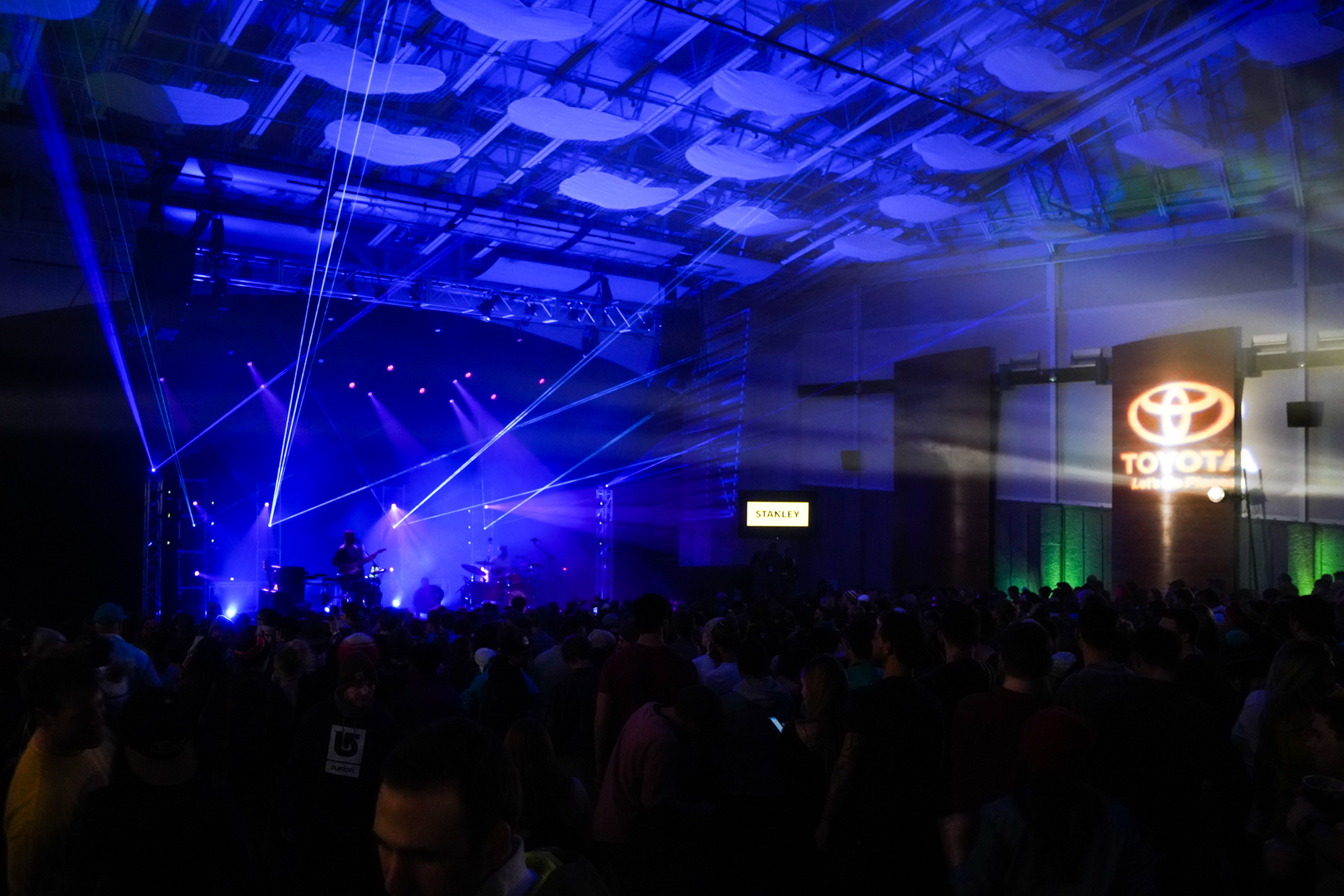 The après Dew Tour concert on Saturday night at Riverwalk Center in Breckenridge was pumping, thanks to the electronic sounds and future funk vibes of The Floozies and Anomalie and the flowing libations from event sponsors Tito’s Handmade Vodka, Highland Park Distillery, and 10 Barrel Brewing Co.

Anomalie – a.k.a. Montreal-based keyboardist, producer, and beats-maker Nicolas Dupuis – opened the show with his full live band, playing a set of jazzy, high-key jams. Anomalie made for a perfect afterparty soundtrack following the conclusion of the Dew Tour’s fiercely-fought Men’s and Women’s Snowboard and Ski Slopestyle finals on Saturday, three out of four of which were won by Dupuis’ fellow Canadians: snowboarders Max Parrot and Spencer O’Brien, and skier Cassie Sharpe (Henrik Harlaut, from Sweden, broke up the Canadian Slopestyle streak with his Ski Slopestyle win). Anomalie’s debut full-length album Métropole was released in June 2017, and a new single, “Hang Glide,” with pianist and producer Rob Araujo, was released earlier this week.

The Floozies turned it all the way up to bring the night to a crescendo, mixing live drums, electronic beats, guitar, and ribcage-rattling bass sounds. The self-described “alien funk orchestra” duo, made up of brothers Mark and Matt Hill from Lawrence, Kansas, are currently touring in support of their September 2017 record Funk Jesus and have been a big hit in mountain towns in particular, winning a lot of fans in the ski and snowboard community. Prediction: you’ll be hearing The Floozies in some ski video soundtracks in 2018.

The Dew Tour Experience zone will be open from 10 a.m. to 4 p.m. at Breck’s Peak 8 base area, and the Dew Tour’s in-town festival at Blue Ridge Plaza on Main Street will be open from 2 p.m. to 6 p.m. All Dew Tour events are free to spectators. Sunday VIP Passes, ranging from $50 to $50, are available for access to the best viewing zones and other perks.

Dew Tour fans at Saturday's afterparty were treated to the sounds of Anomalie and a sweet laser light show.

Ski and snowboard fans making the scene at Riverwalk Center for the Dew Tour afterparty.

Anomalie fanning out with the fans at Riverwalk Center.

Anomalie brought a full live band for the Dew Tour concert at Riverwalk Center in Breckenridge.

Sibling duo Mark and Matt Hill, better known as The Floozies, striking a pose at the Dew Tour concert on Saturday.

The Floozies bringing the noise, and the lights, at the Dew Tour afterparty.

The Floozies brought their signature future funk vibes to the Riverwalk Center in Breckenridge.

Fans in Breckenridge this week got the full Dew Tour Experience, from the action on the mountain to big events in town like the Powder Awards, TransWorld SNOWboarding Riders Poll Awards, and a Saturday night concert featuring The Floozies and Anomalie.