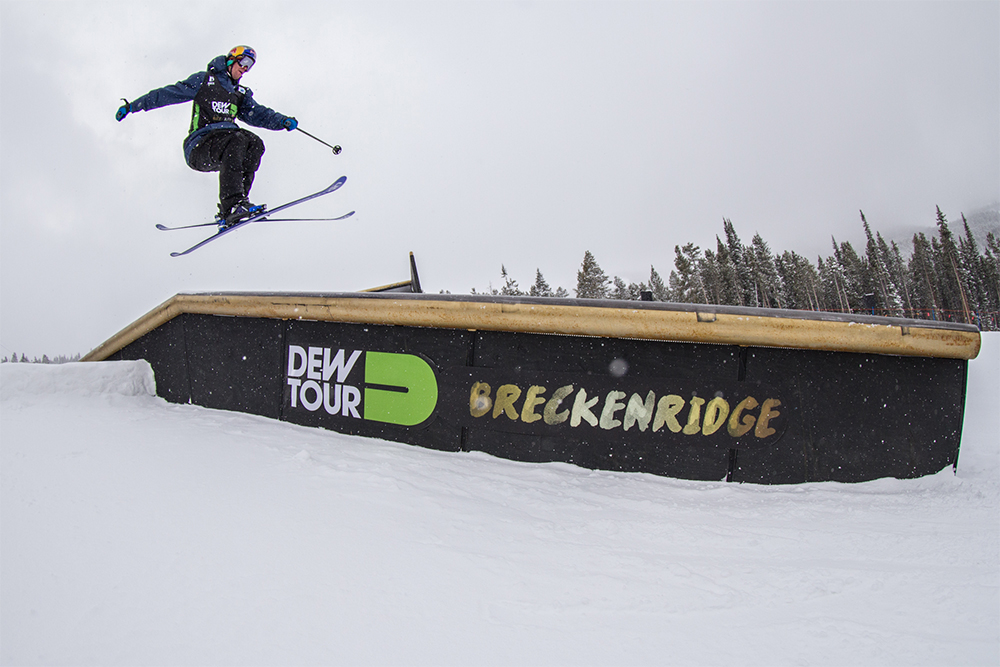 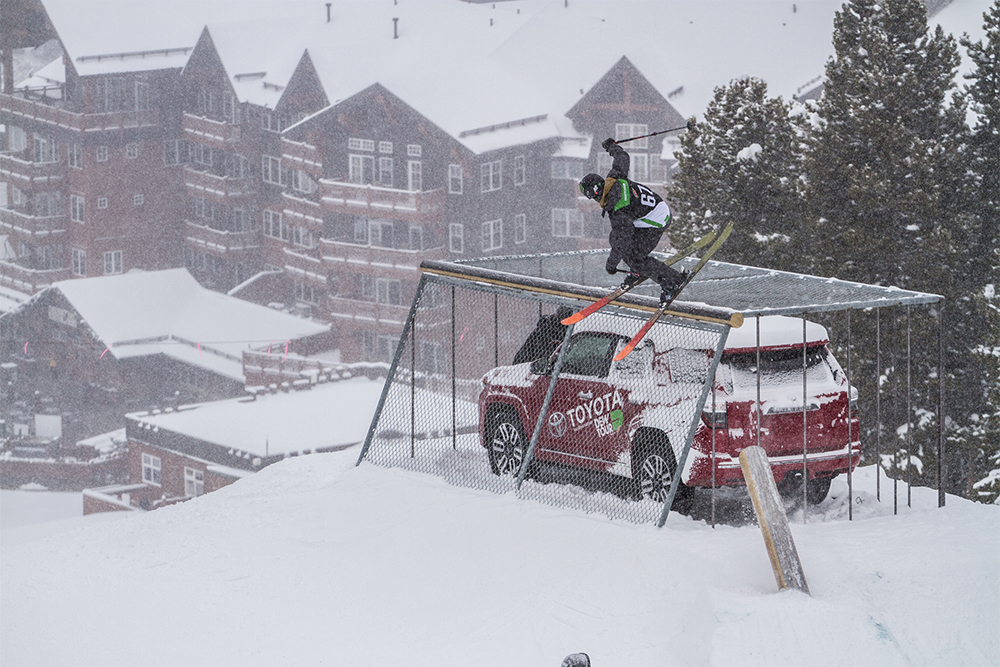 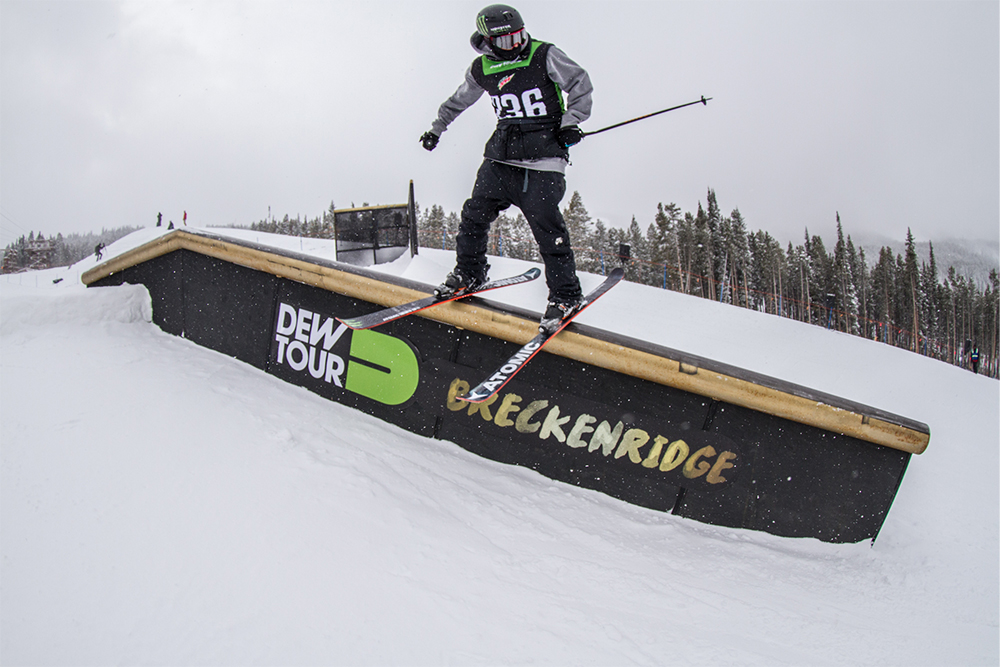 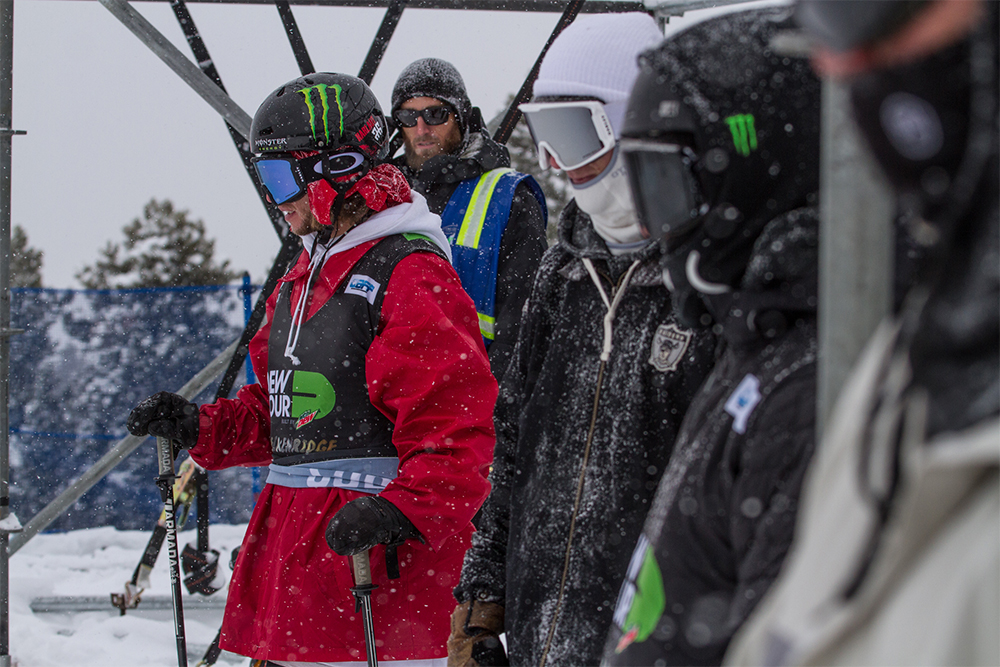 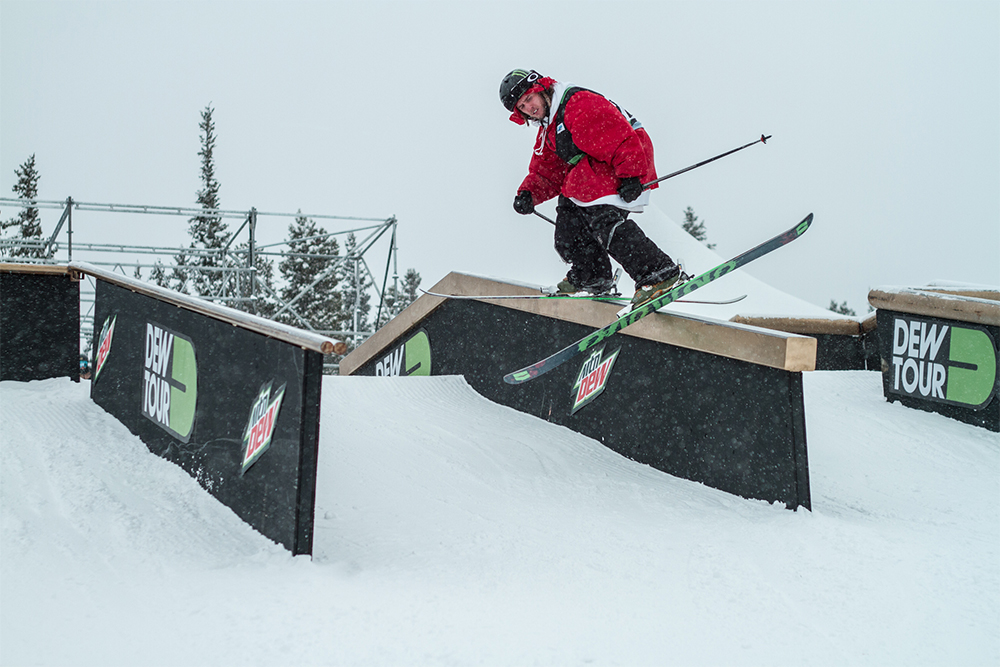 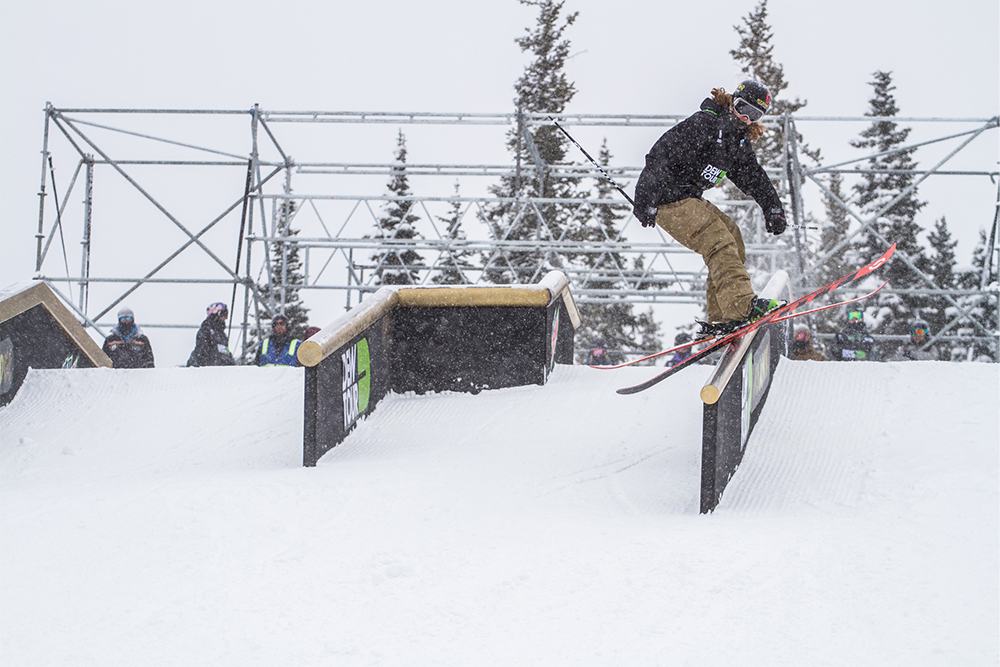 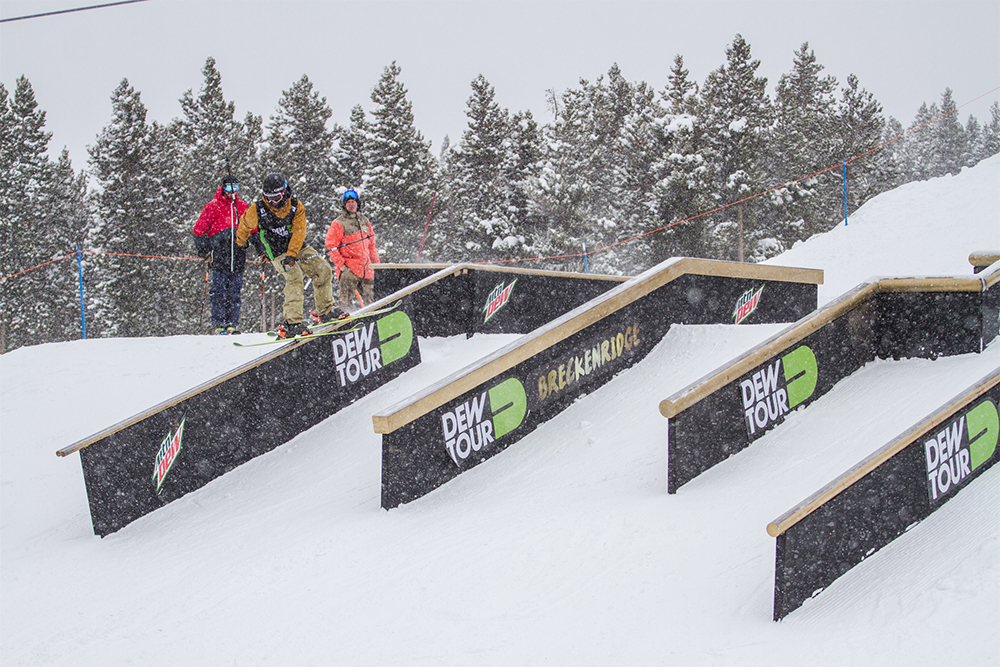 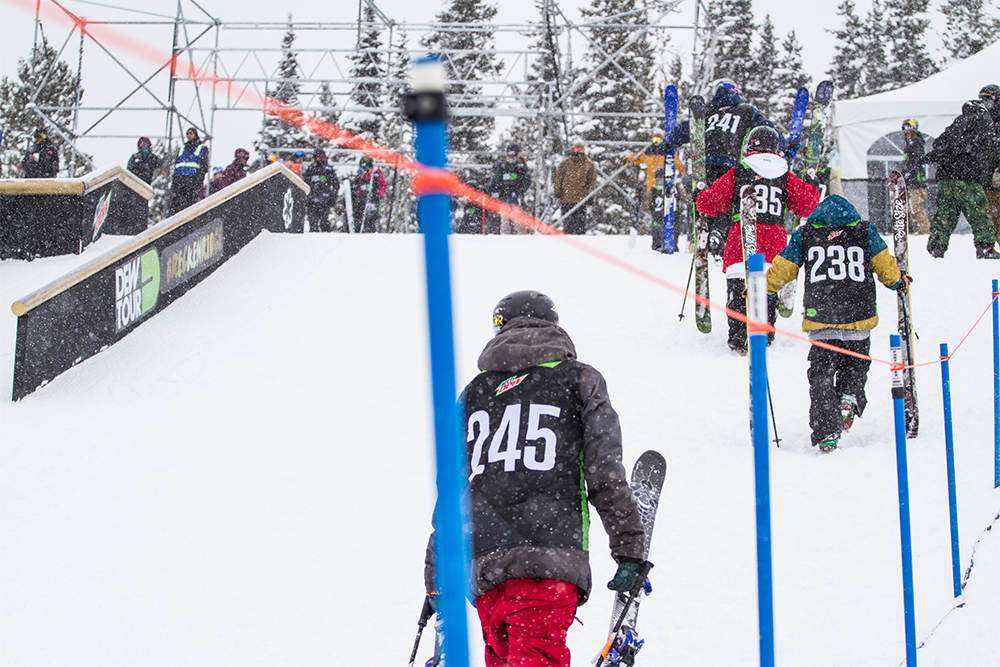 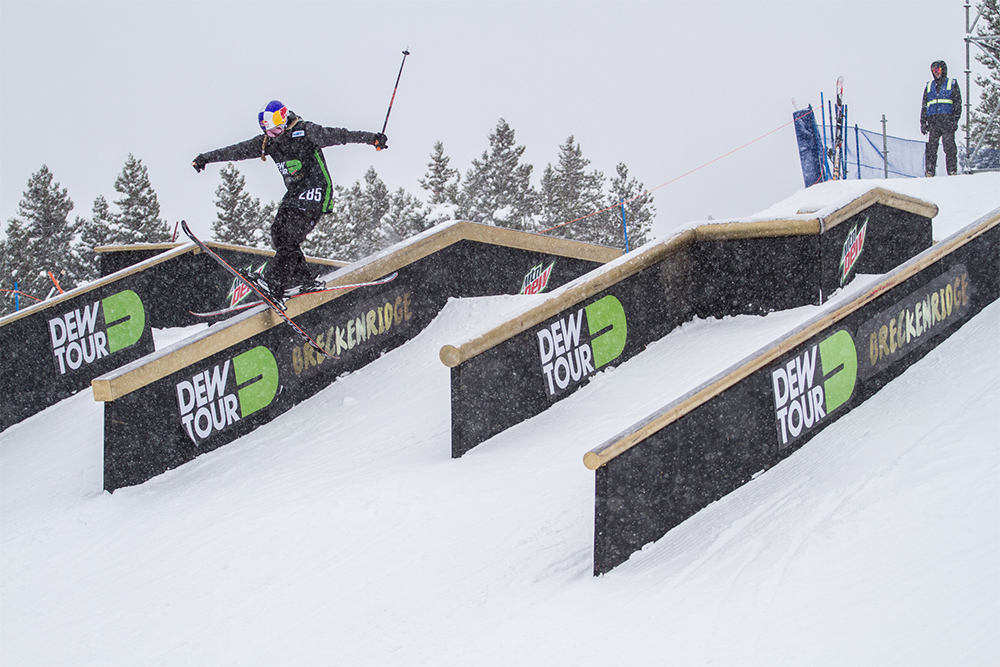 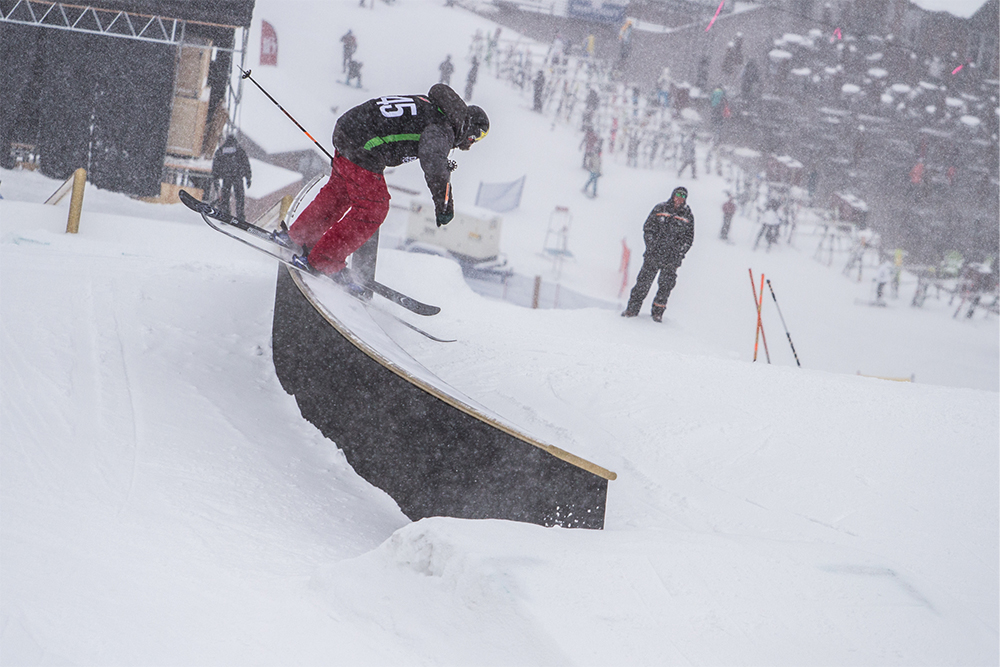 Freeskiers took to the reimagined Dew Tour Slopestyle course early Tuesday afternoon for their first practice laps in preparation for the week ahead. Due to a few flurries of snow, the skiers were not able to test out the 65-foot Big Air jump up top, but the five, multi-faceted features throughout the jib garden getting used and abused. With this year’s event separating the jump runs from the jib runs, all of the athletes were working on a new strategy for this new format.
Photos by Andrew Durso

“This the first time for me, [skiing] this kind of setup. It is definitely cool and allows you to get creative,” said Devin Logan, past Dew Tour halfpipe and Slopestyle champion. “I’m going to try and focus more on the rails. I don’t feel that I am as strong on rails as I am off jumps, so I am definitely going to be practicing more on the rails.”

Devin went on to commend the opportunity to form a unique run with the jib garden layout saying, “I thought it would only have one or two options, but having four different rail setups gives a lot of openness to make a creative line.”

That same sentiment seemed to be shared by most of the skiers found lapping the jib garden, including the Swede, Henrik Harlaut.

“[The rails] definitely have a lot of opportunity for some cool stuff,” said Henrik. “I like the flat to down square bar. You don’t usually see many square bars on Slopestyle courses, so I would be stoked to get some kind of 50-50 trick because I don’t usually get to do them.”

Not only has the new format sparked creativity among the skiers as they prepare for the rails section, but it has also offered up a welcomed change to the contest scene as a whole.

As Henrik put it, “something new that is fun to try, it is always nice to switch up the formula. I’m stoked!”