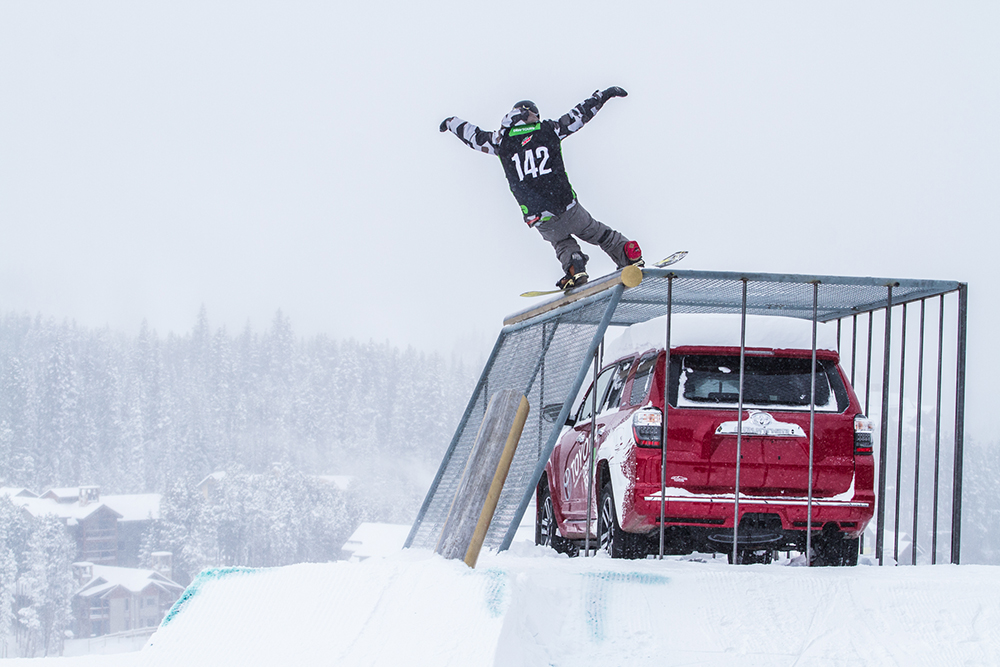 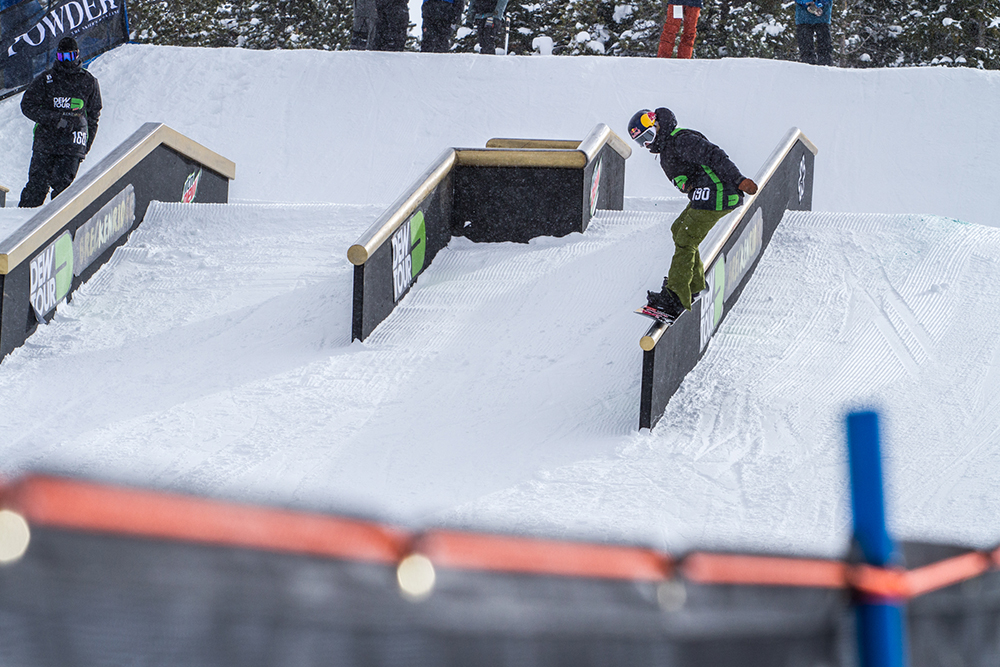 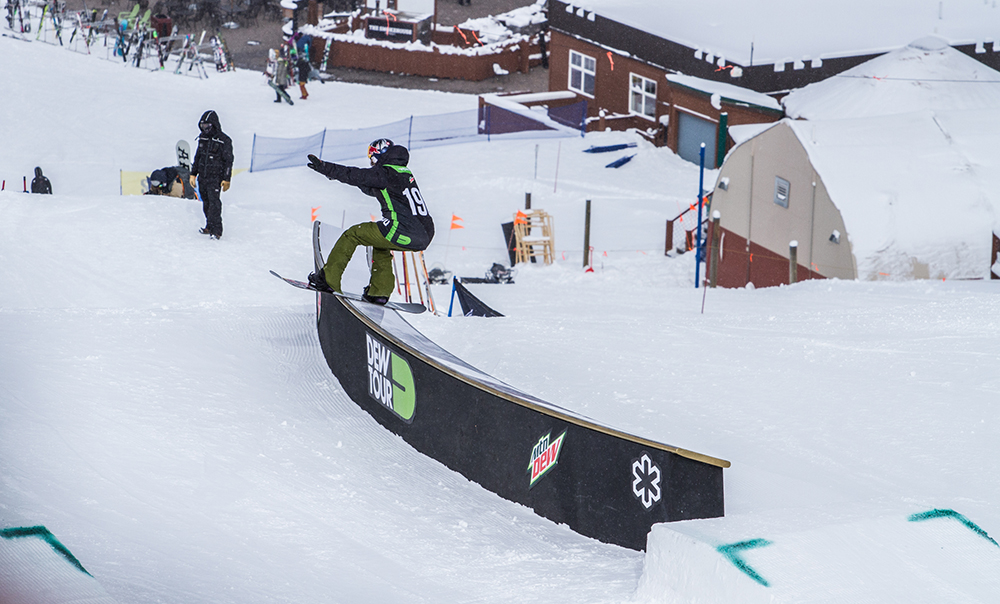 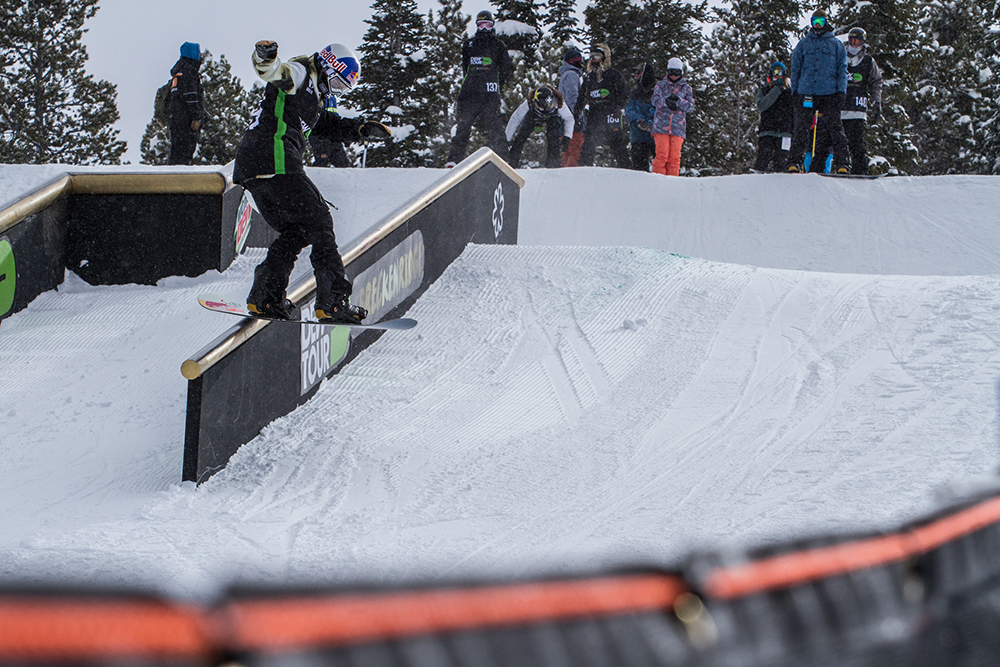 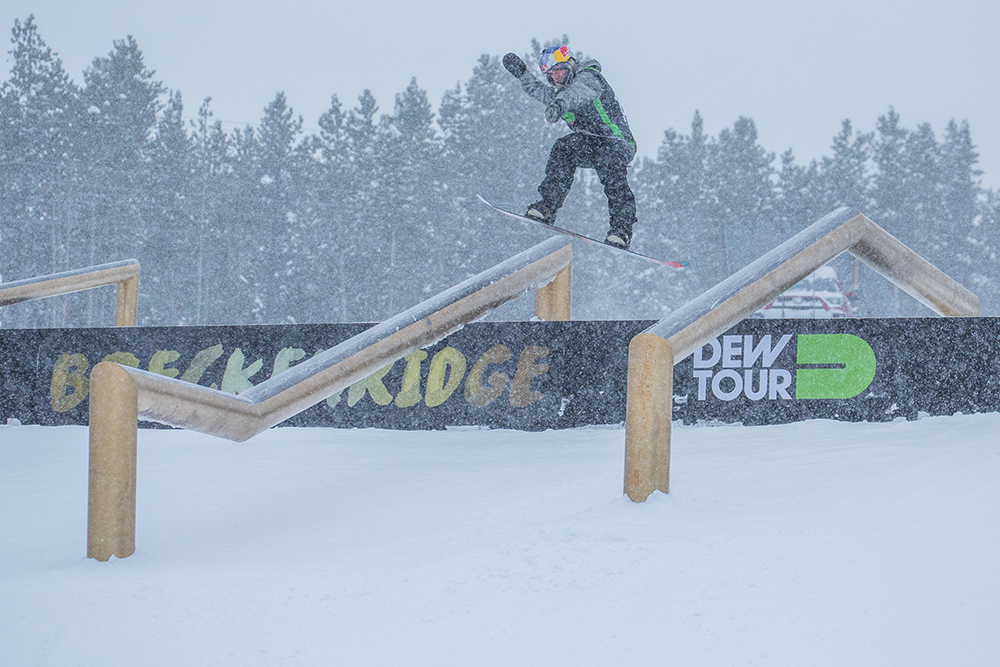 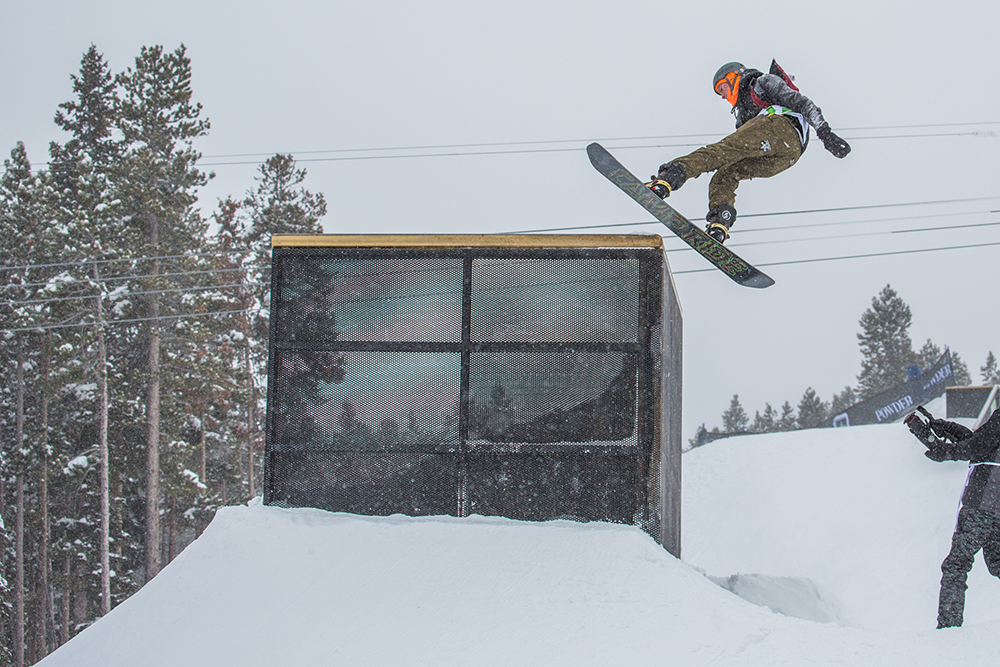 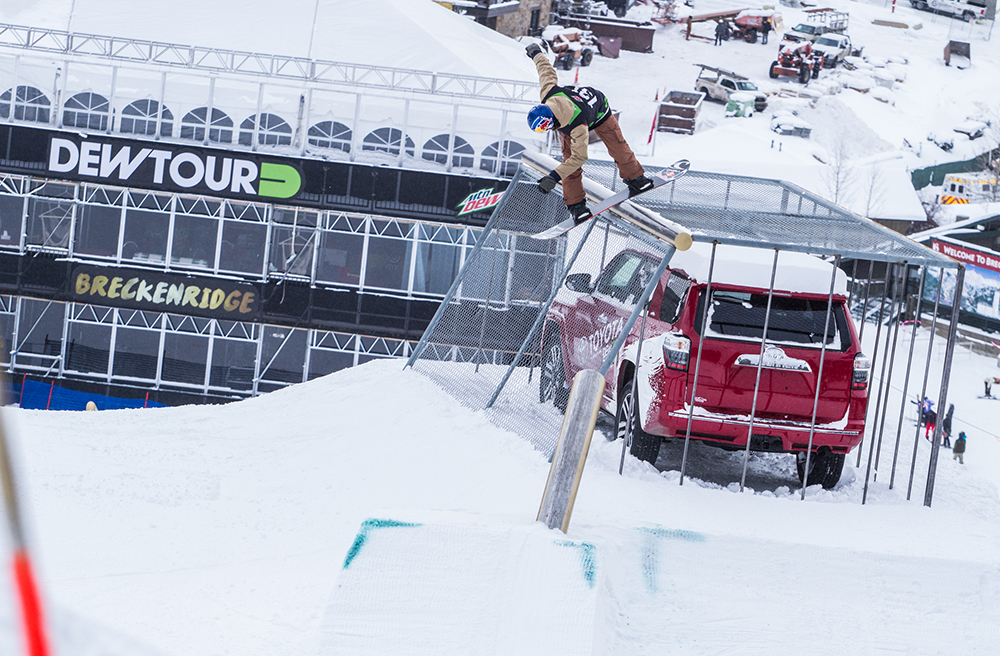 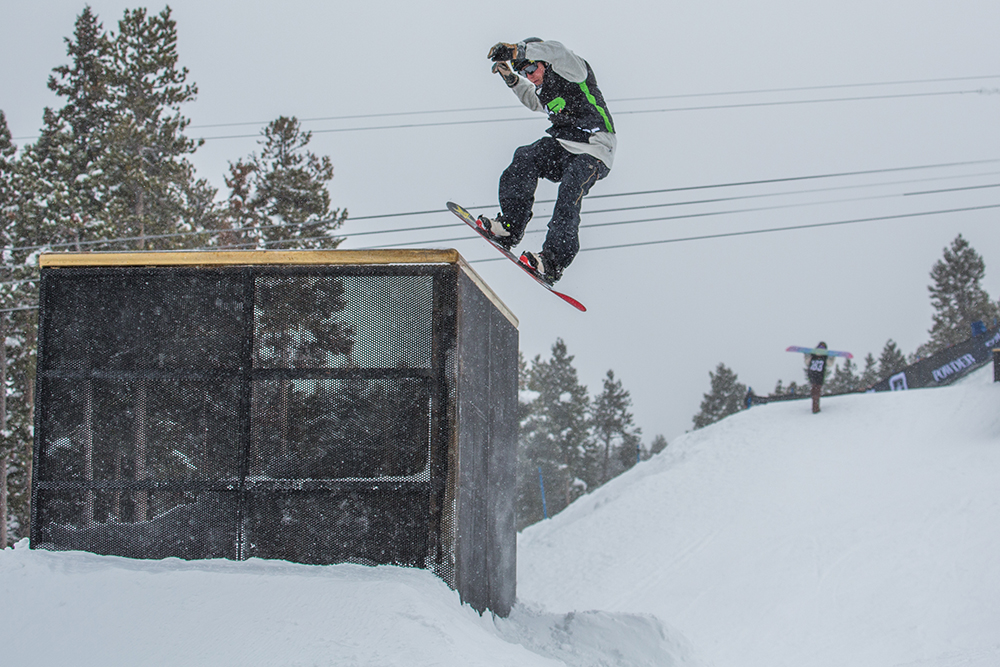 Today’s preparation determines tomorrow’s achievement. A simple philosophy, and one that seems well understood by the snowboarders at Dew Tour.

Day two of snowboard practice took place Wednesday afternoon, and the two-part Slopestyle course was packed with athletes training for the weekend ahead. The session started off with welcomed calm winds that allowed riders to hit the 65-foot Big Air jump with confidence, following the flurries from day one

One of the few snowboarders to hit the jump both days, Tyler Nicholson said that the jump overall felt much better on day two.

“It’s much better than yesterday,” began Nicholson. “[The jump] is really poppy, but they made the landing steeper so it is much better.”

Proving his comfort, Nicholson went through the warm-up motions working his way from frontside 360 to frontside 720, and then a frontside 1080 before switching up to pull a switch backside 720.

Though the session began with calm winds, by the halfway point the flurries had picked back up and the riders once again backed off the Big Air jump, including Nicholson.

“The wind is pretty scary, because it is such a poppy jump and you go so high,” said Nicholson. “If you knuckle because of the wind it is going to hurt big time.”

A Big Air specialist, Katie Ormerod admitted that she had yet to hit the jump. “It has been pretty flat light, so I didn’t want to risk it just yet,” said Ormerod.

Though she has yet to take to the air, Ormerod recognized the opportunity she will have when competing in Dew Tour’s new format. “I’m really excited that it is one jump!” Ormerod professed. “It works really well for me, because I have a couple of tricks that I would like to try but don’t usually try in Slopestyle contests because it is too risky.”

Ormerod went on to explain her thoughts on how this format change will open doors for riders to experiment.

“It is really cool to see something different. I think a lot of people will be trying different tricks than what you usually see them do in other contests. It is really going to push progression.”

There is still one more full day of practice for the athletes, and then Dew Tour Breckenridge 2016 competition begins with the Women’s Snowboard Slopestyle on Friday, December 9.