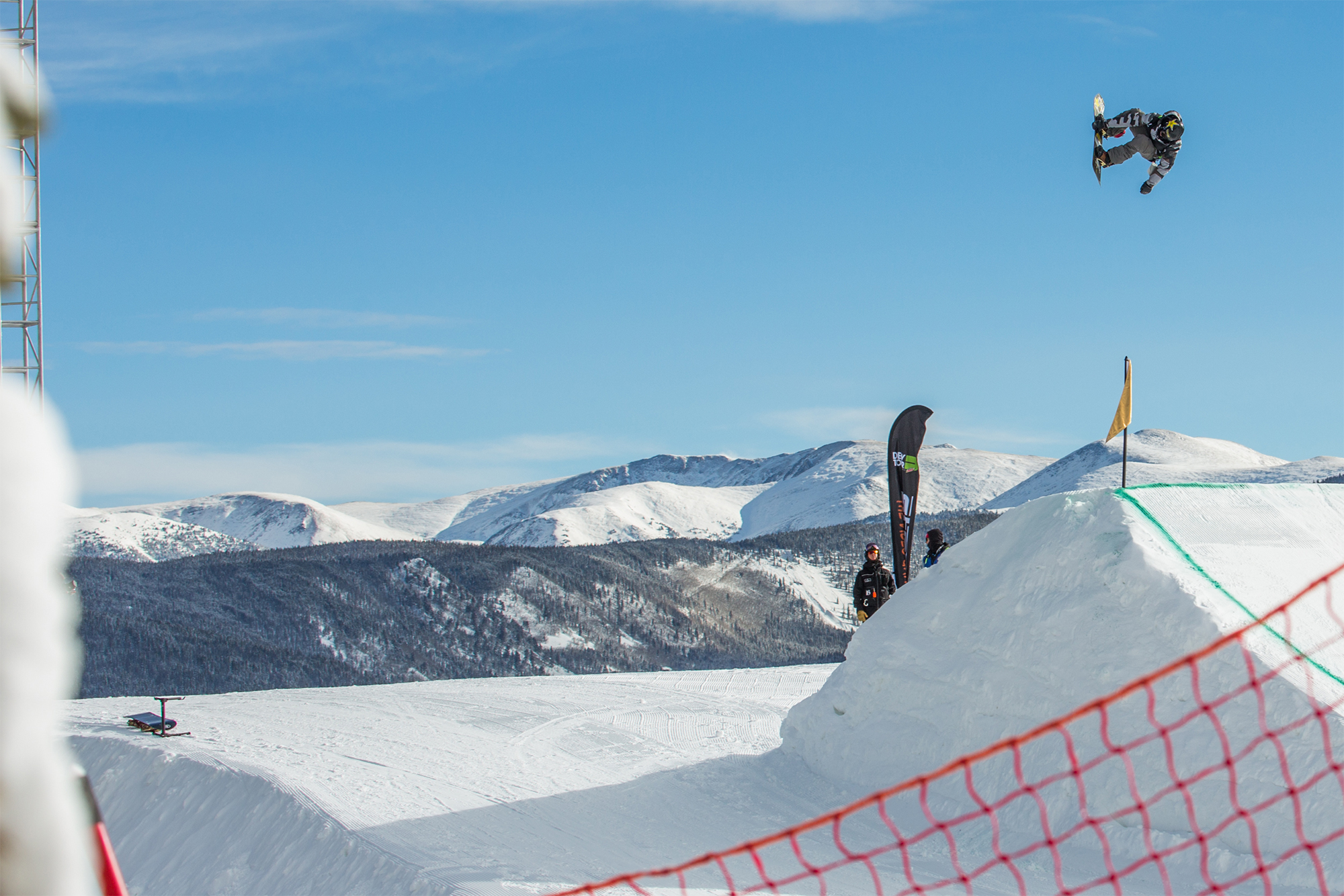 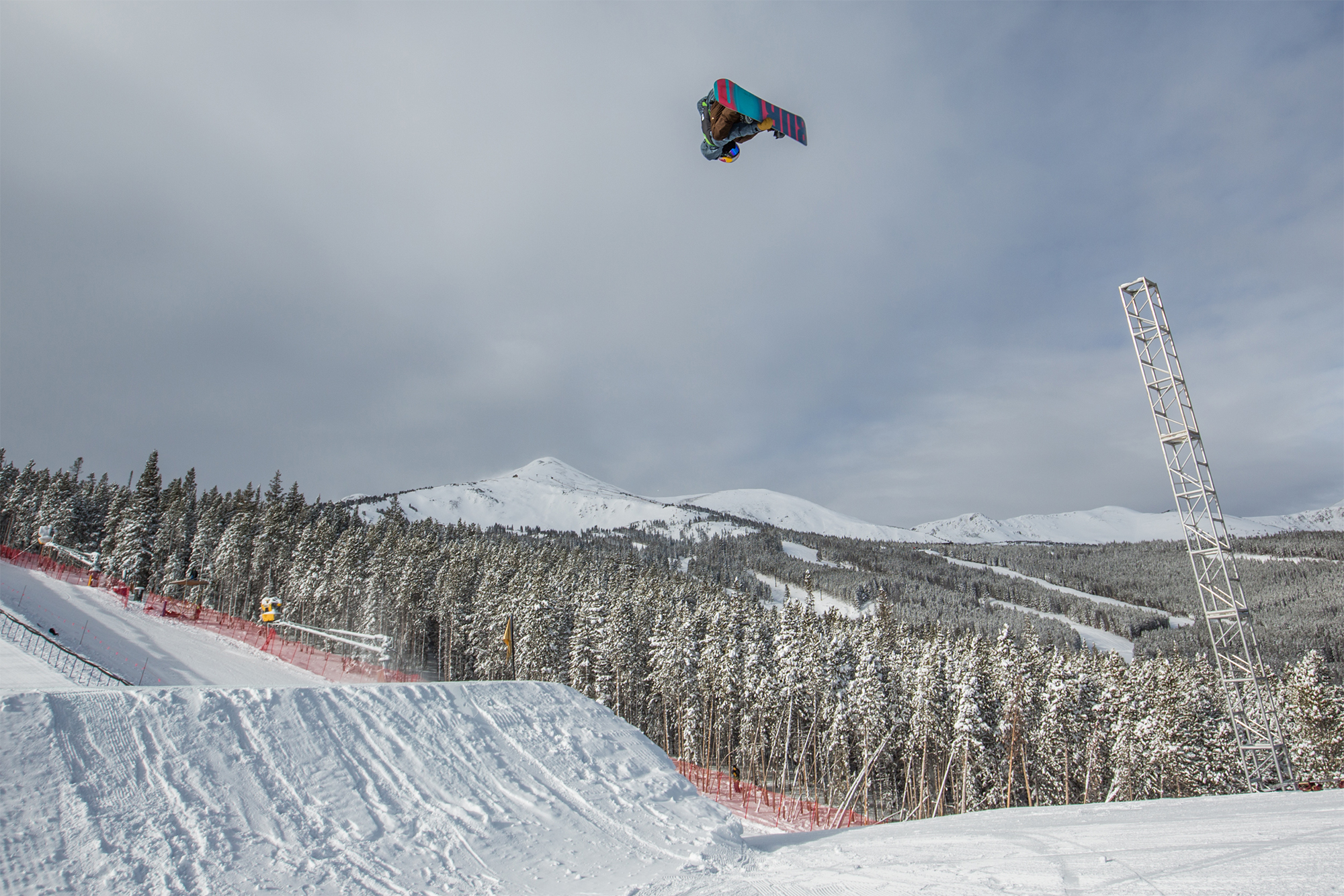 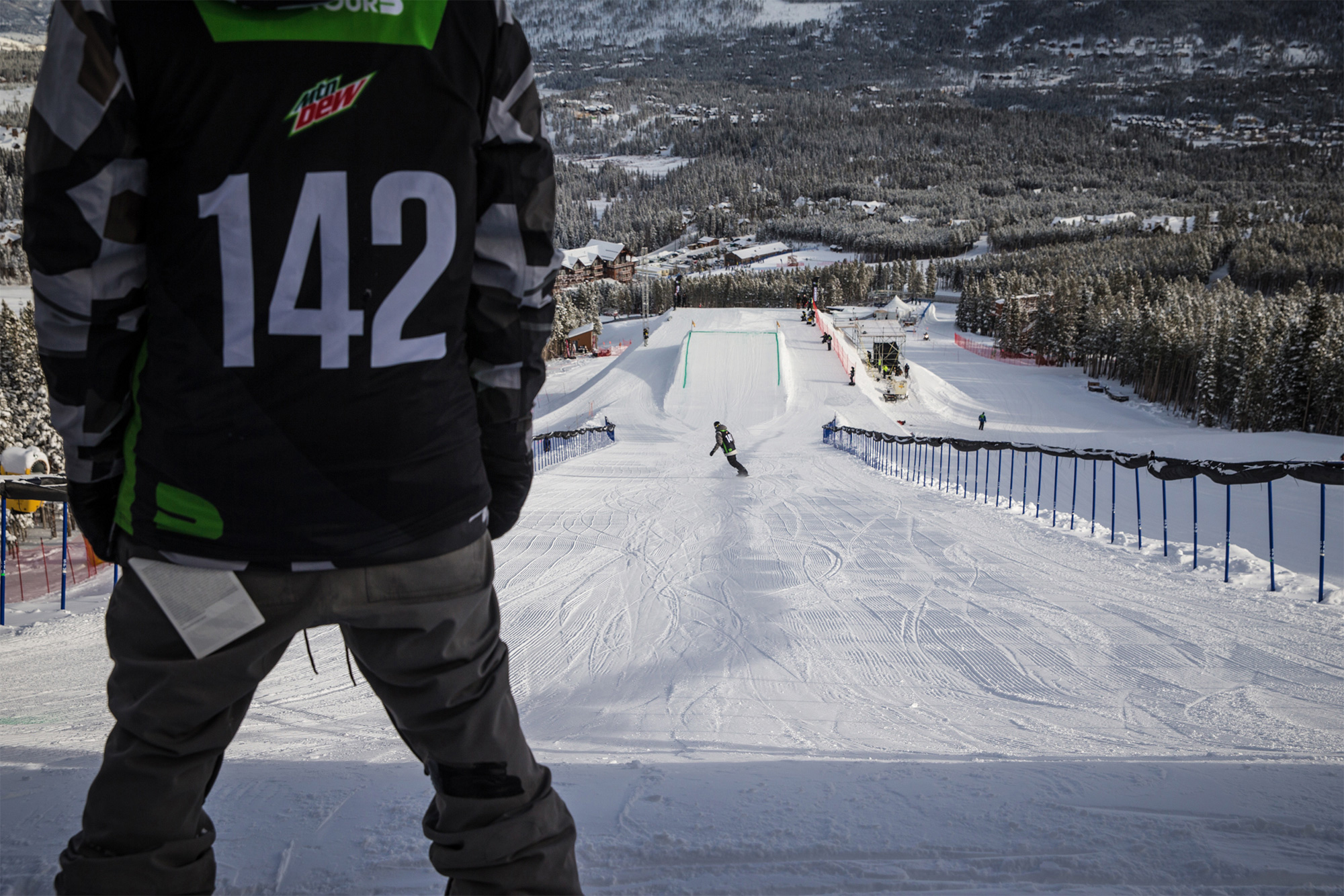 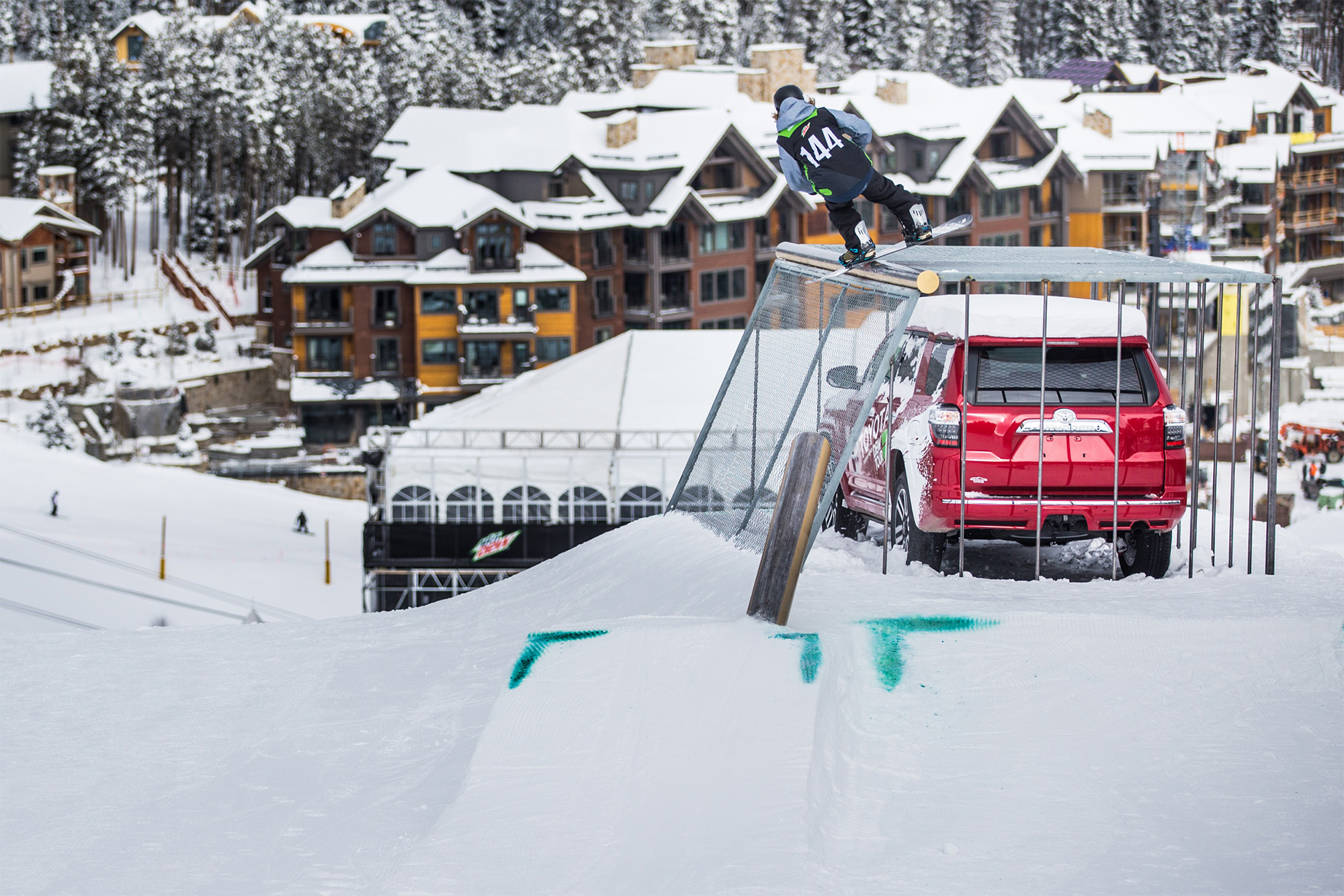 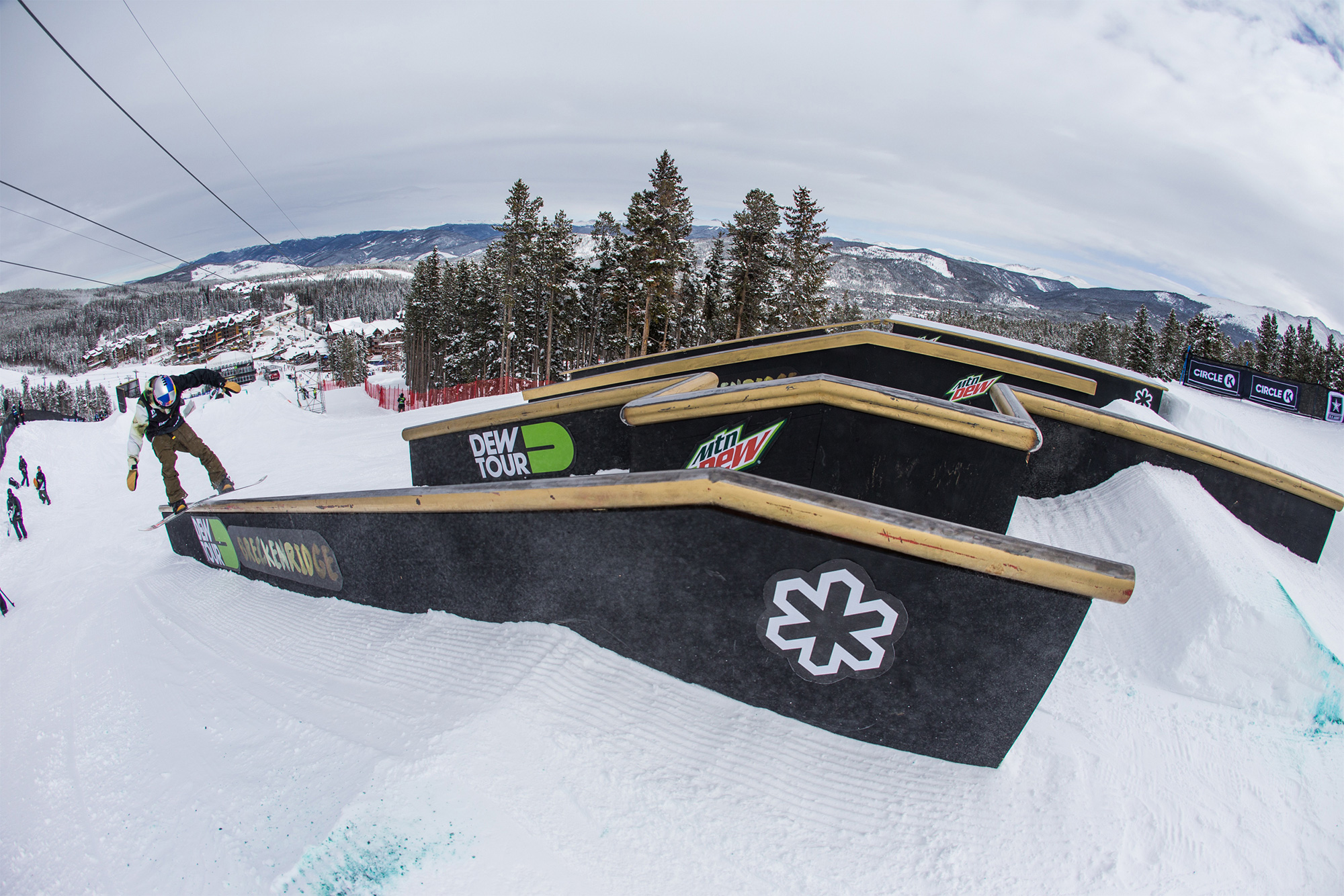 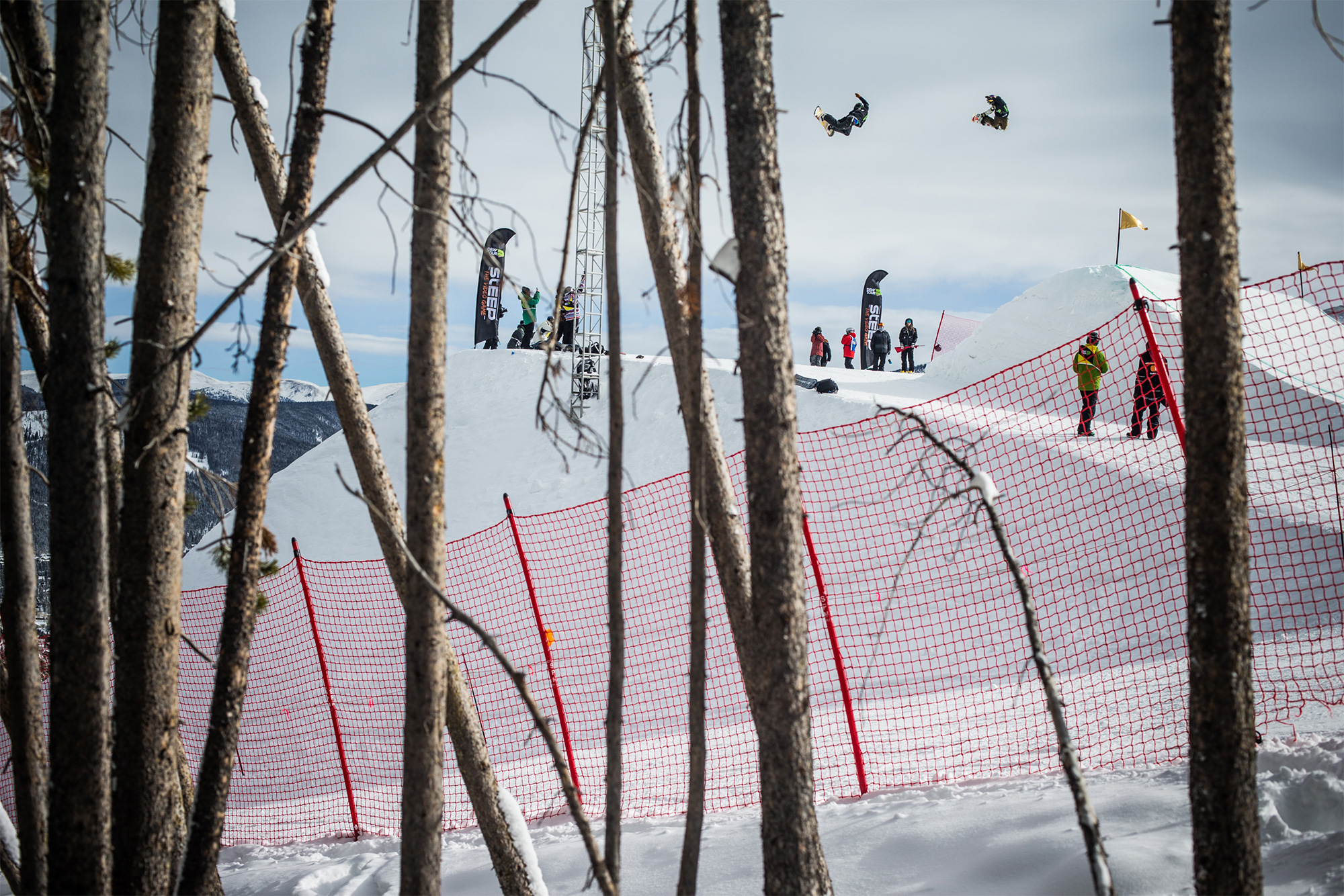 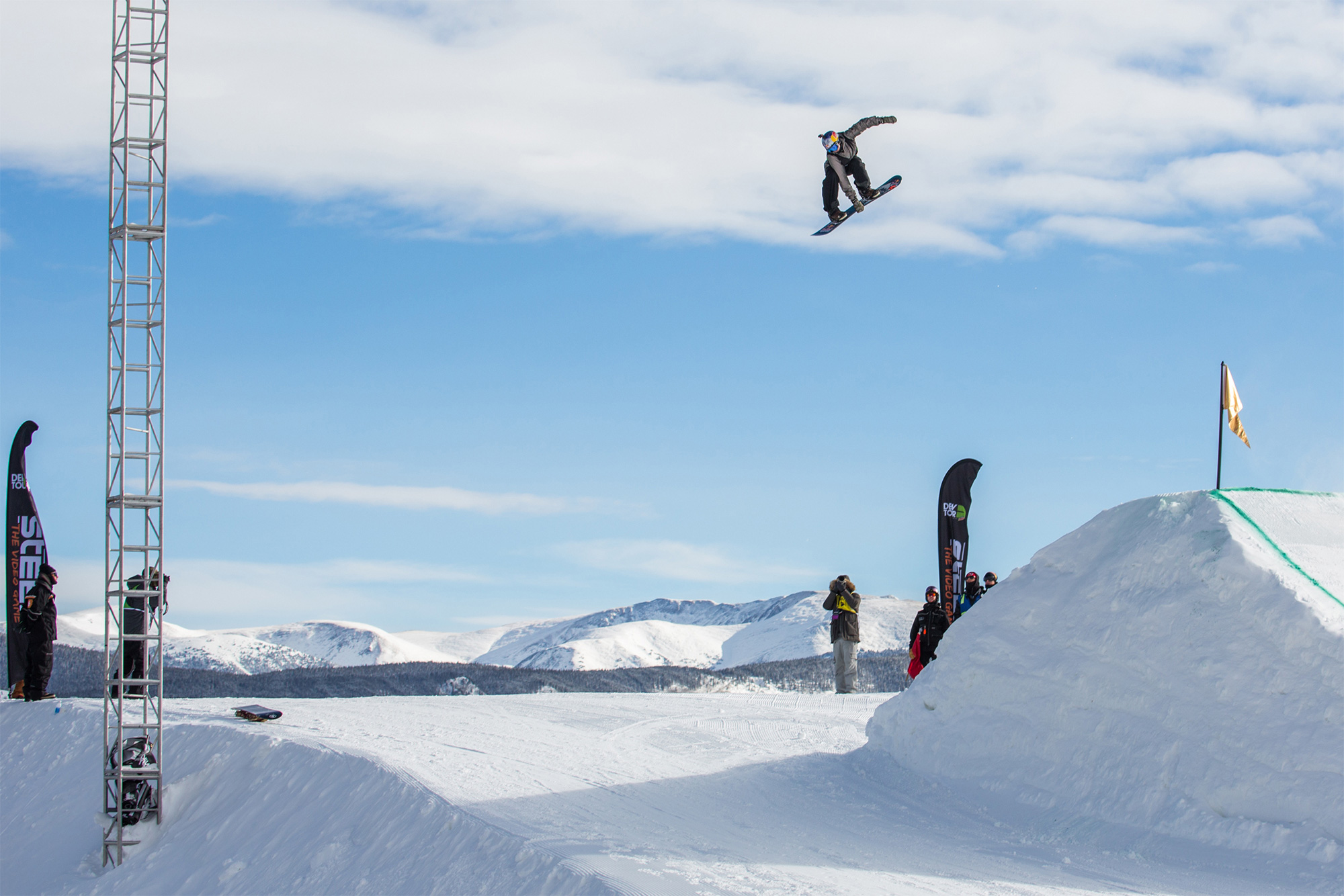 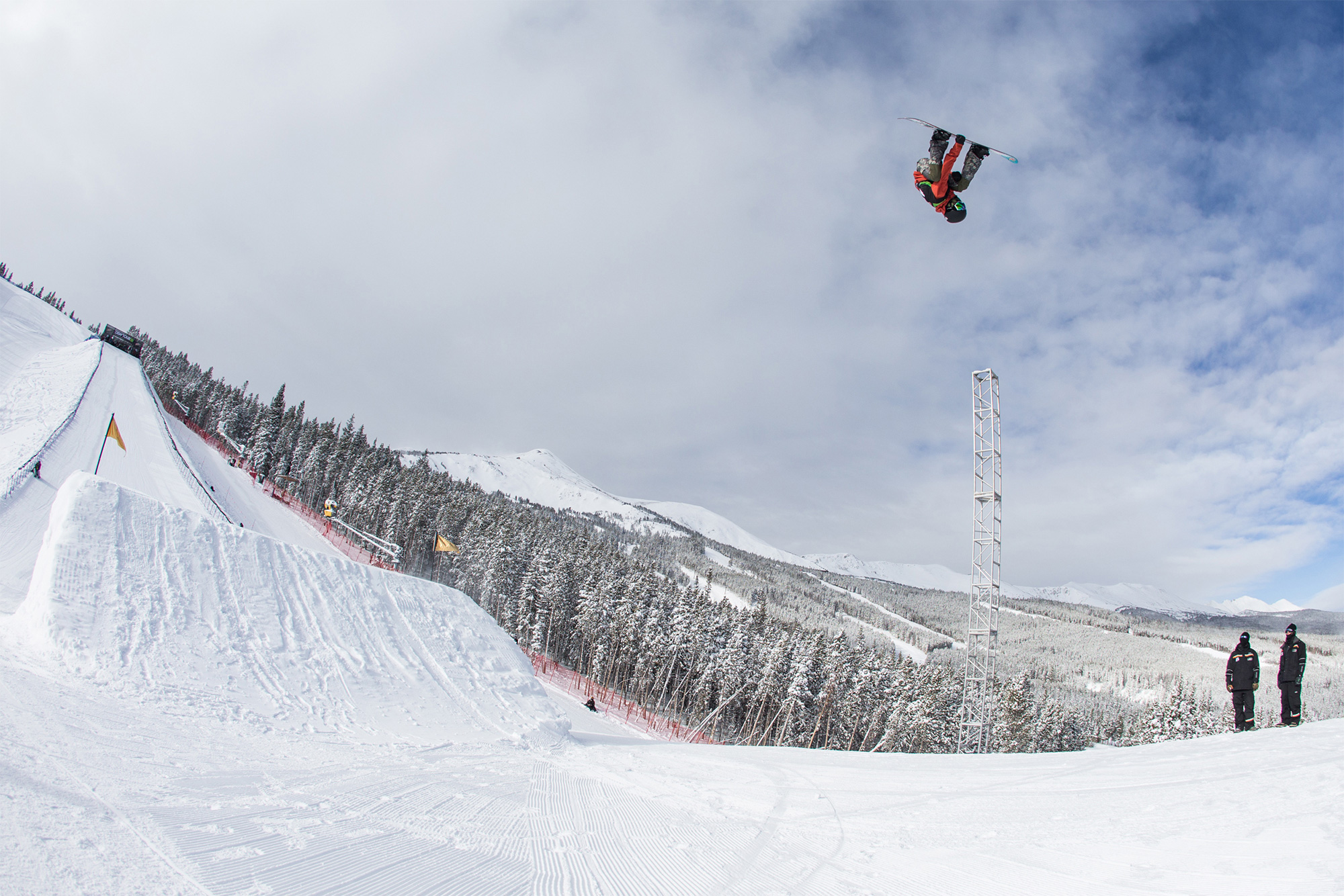 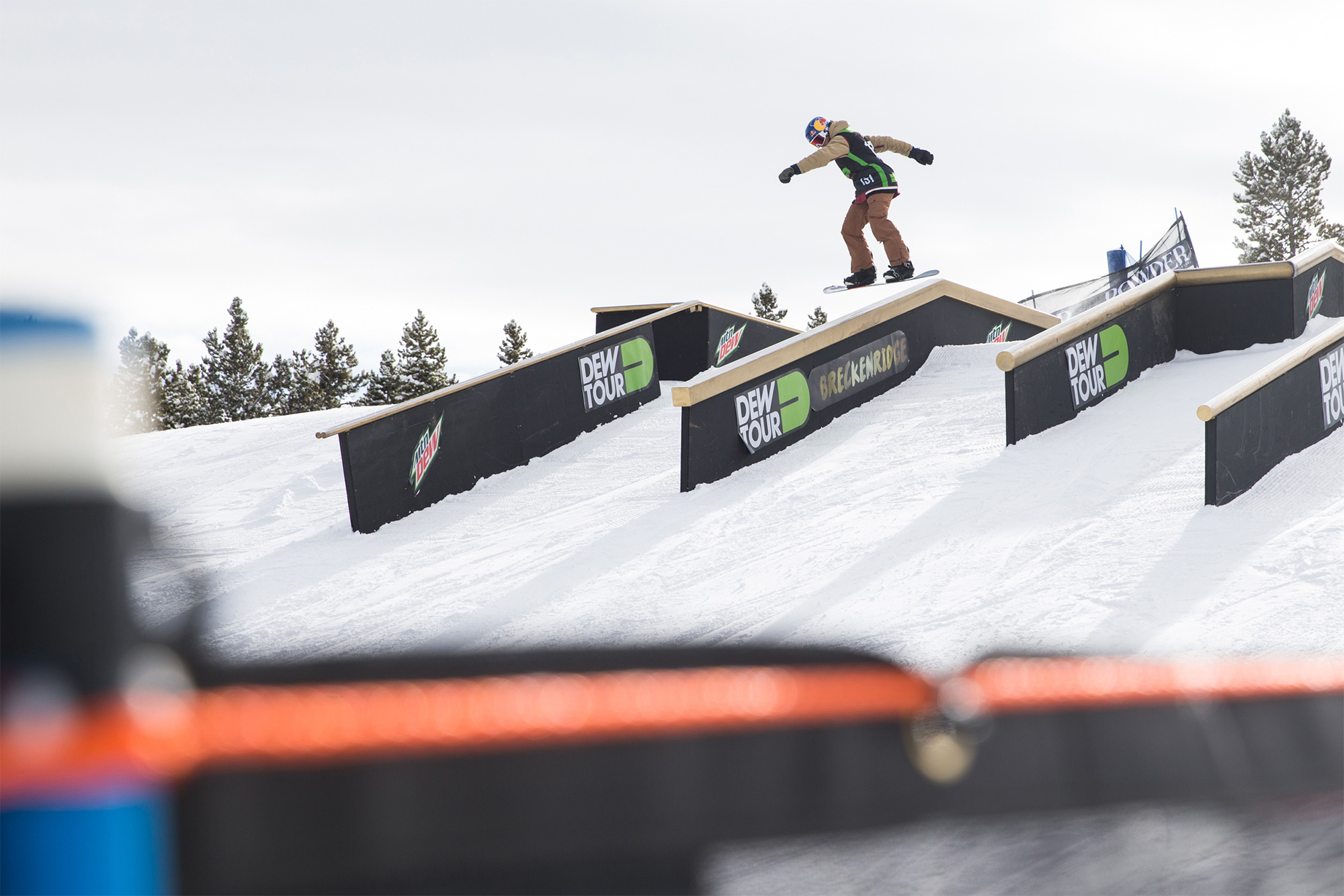 Snowboarders were welcomed back to the new, two-part Dew Tour Slopestyle course for the third day of practice with great light and light winds. Following the first two days of minor snow flurries and flat light, snowboarders were piling up at the start tower to finally stretch their leg on the 65-foot booter in ideal conditions.

“It is really nice out today, and the jump is super sick,” said Mountain Dew’s Red Gerard.

Not one to hold back, Gerard was “warming up” on the jump with a couple backside 1440s that were already looking dialed in for the competition.

Jamie Anderson was also lined up taking laps on the Big Air jump. Unlike most of the riders, Anderson was actually able to hit the jump on the prior two days, but when asked about day three she was quick to compliment the conditions.

“It feels good! It was really poppy the first day, but now it feels like it has mellowed out,” said Anderson as she waited in the sunlight while her board was being adjusted.

Anderson is admittedly more in favor of a traditional Slopestyle run that allows her to link jump and jib sections from top to bottom. Still, Anderson seemed excited for the opportunity to take four separate jump hits saying, “I think it will be fun because you can try a handful of different tricks and see what works well.”

Thanks to the sunshine also hitting a little lower on the hill, less riders were hiking the jib garden than the previous two days of practice. Taking full top to bottom laps, the majority of riders were starting to link together and make tweaks on their contest runs for the weekend.

Two riders however were still found hiking the entire session to dial in their runs. Reid Smith was one of those hikers, and he was the only rider to make his way to the top of the wallride feature. By way of backlip down the first down rail to lineup for the wallride, Reid was hitting the backside of the feature launching from the lip to tap and sometimes revert away.

Lib Technologies Ted “BundyVision” Borland was another snowboarder spending his time hiking. The Mayor of The Bonezone (Brighton’s preseason rogue rail garden), Borland is the king of jib creativity and on his opening laps through the Dew Tour jib garden he was already starting to eye up a few ideas.

“I’ve been spending a lot of [preseason] time on my snowboard hiking rails,” said Borland. “The Bonezone is definitely the ultimate place to get warmed up, you end up hiking like six hours a day.” Borland is definitely not a typical contest rider, but with regard to his role on the jib course as part of the Team Challenge he was excited to be a part of Dew Tour. “I’m psyched to find a place in this kind of contest.”