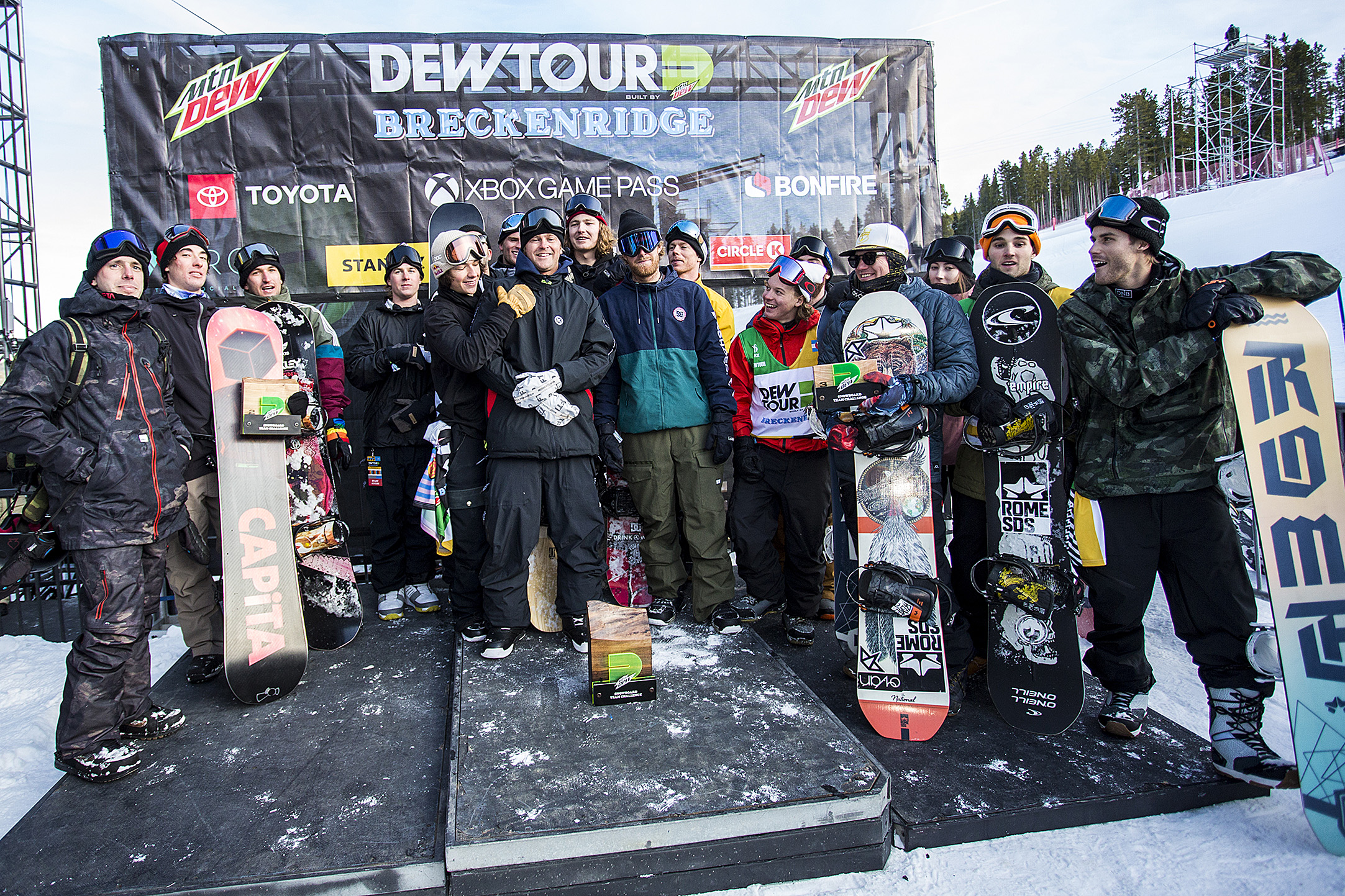 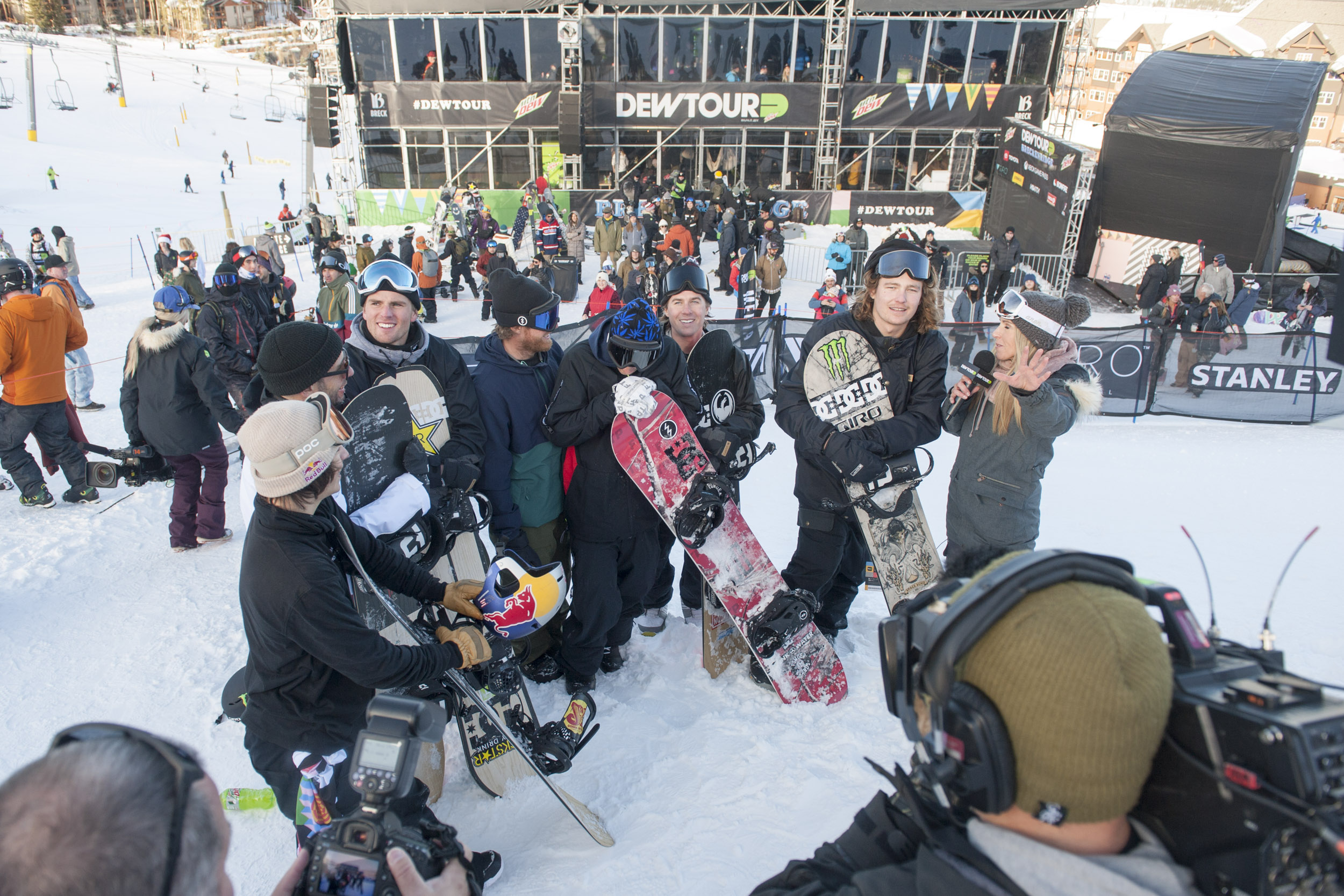 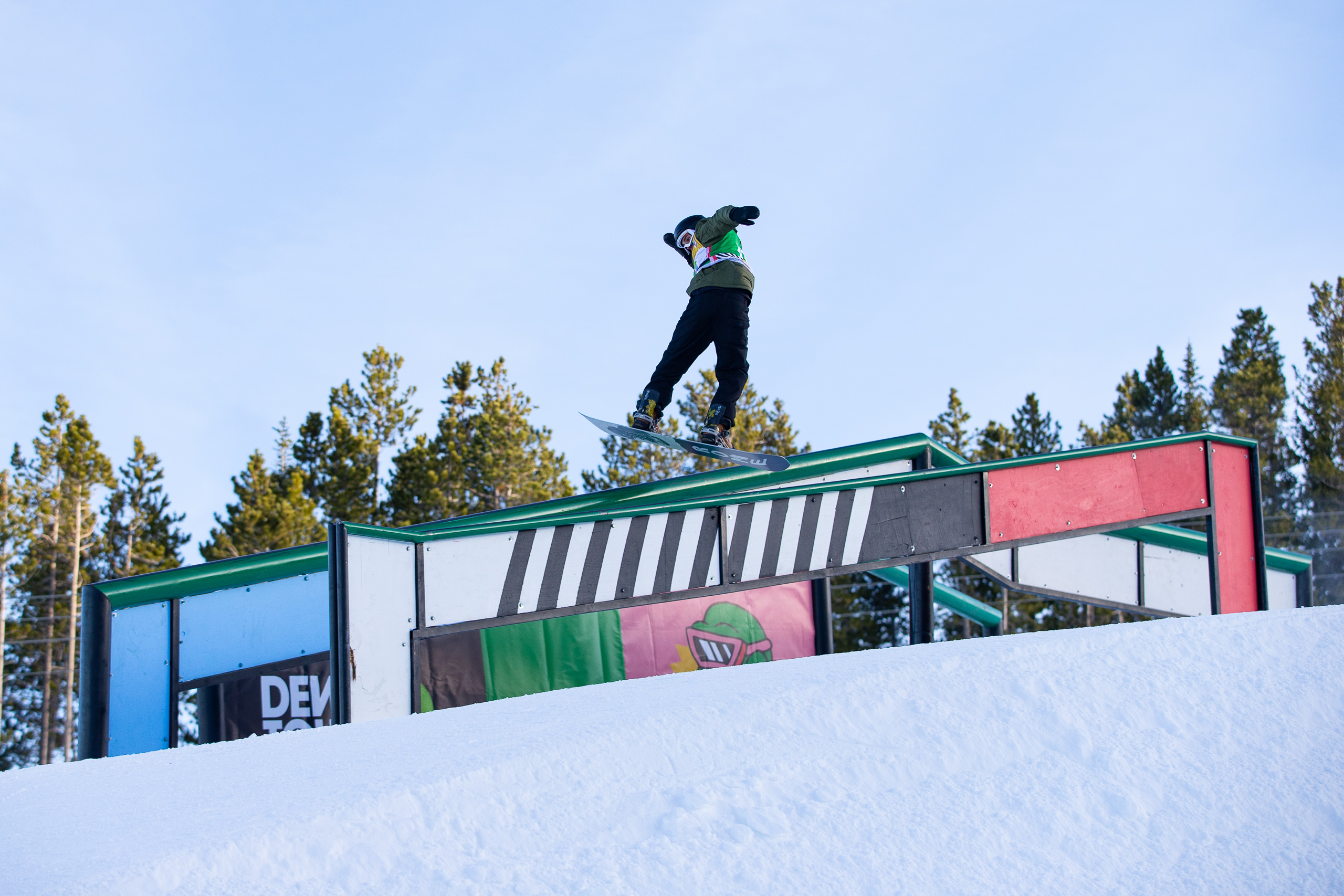 Yesterday’s legends, today’s best in class and tomorrow’s up-and-comers alike all came together to celebrate snowboarding as friends and family for the Dew Tour Team Challenge.

For the third year running, six snowboard teams sent out four of their favorites to represent across pipe, jumps, jibs and one more as a designated captain. The result, more snowboarders from every generation and genre riding together with full support from start to finish on the day.

This year, though, Dew Tour spiced things up across all courses. Starting with the pipe, Dew Tour incorporated a “shark fin” hip before a shortened superpipe sent riders hipping out and setting up for another hip to “tombstone” feature. The jumps were poppier than past years, sending more loft under each air. The jib section, too, was made up with larger than expected rails and a few special features among the four sections.

Modified Pipe
With more than five points separating him and his team from the rest of the challengers, Chase Josey put Capita at the top of the leaderboard after the first of three sections. Josey has a history of doing well in quirky pipe competitions, and Dew Tour’s Modified Pipe played to his favor.

Josey’s best run saw a backside rodeo melon to open off the shark fin, a switch crippler stalefish, switch method, switch frontside double cork truck driver, frontside 540 indy off the hip out of the pipe, switch backside alley-oop 540 indy onto the tombstone and a half cab rock ‘n roll. The run earned him and Capita a score of 85.33.

Toby Miller finished next in line, doing it for DC. Miller’s most memorable move was his opening front flip, lawn dart style.

Jumps
During the second runs on the Jumps Salomon’s team captain and snowboard legend Chris Grenier tapped in for Judd Henkes after it looked like Henkes tweaked his ankle. Grenier stepped up to the challenge without warming up whatsoever. After make a frontside 720 over the first jump, Grenier found himself landing top heavy spinning a backside 360 over the Toyota jump. Despite the fall, the hype was real when Grenier reached the bottom of the course.

The top score came from Team DC with Mons Roisland’s first jump run. Complete with a cab 1080 tail grab, switch 1260 mute and a frontside 1440 indy to finish made for a truly progressive jump line. Still, DC only lead Capita snowboards by two points as the Team Challenge worked its way onto the final course.

Jibs
Usually the top dogs but at this point the underdogs, Team Burton found themselves scraping the bottom of barrel after finishing fifth in the pipe and sixth in the jumps. Luckily for them, with the contest being a culmination of three sections, Burton’s jib rider Takeru Otsuka brought them back into the mix.

Not only did Otsuka earn the top spot from the jibs section with a score of 93.33, his efforts brought Burton back into a podium position. That was, until Frank Jobin hit the course representing Rome for the final run of the day.

The winners on the day were Team DC with strong finishes on every course. Capita came in close, less than ten points out but, as a last minute surprise, Rome found their way onto the podium.

“It is definitely super fun with the whole crew out there at the top of the drop in, getting you pumped. Getting super stoked for your teammate,” said Sebbe De Buck, who felt the pressure as the last member of his team to ride during the contest. “And then it is even better when it all works out.”

Commenting on the unique pipe as the first part of the unique event, Miller had nothing but great things to say.

“This really put a different aspect into [riding the pipe]. You had to really involve creativity, which I think is a really cool thing for halfpipe riding. I think more events need that,” said Miller. “It’s going to be really fun to see what happens in the individual event, and I’m really excited to be involved in it.”