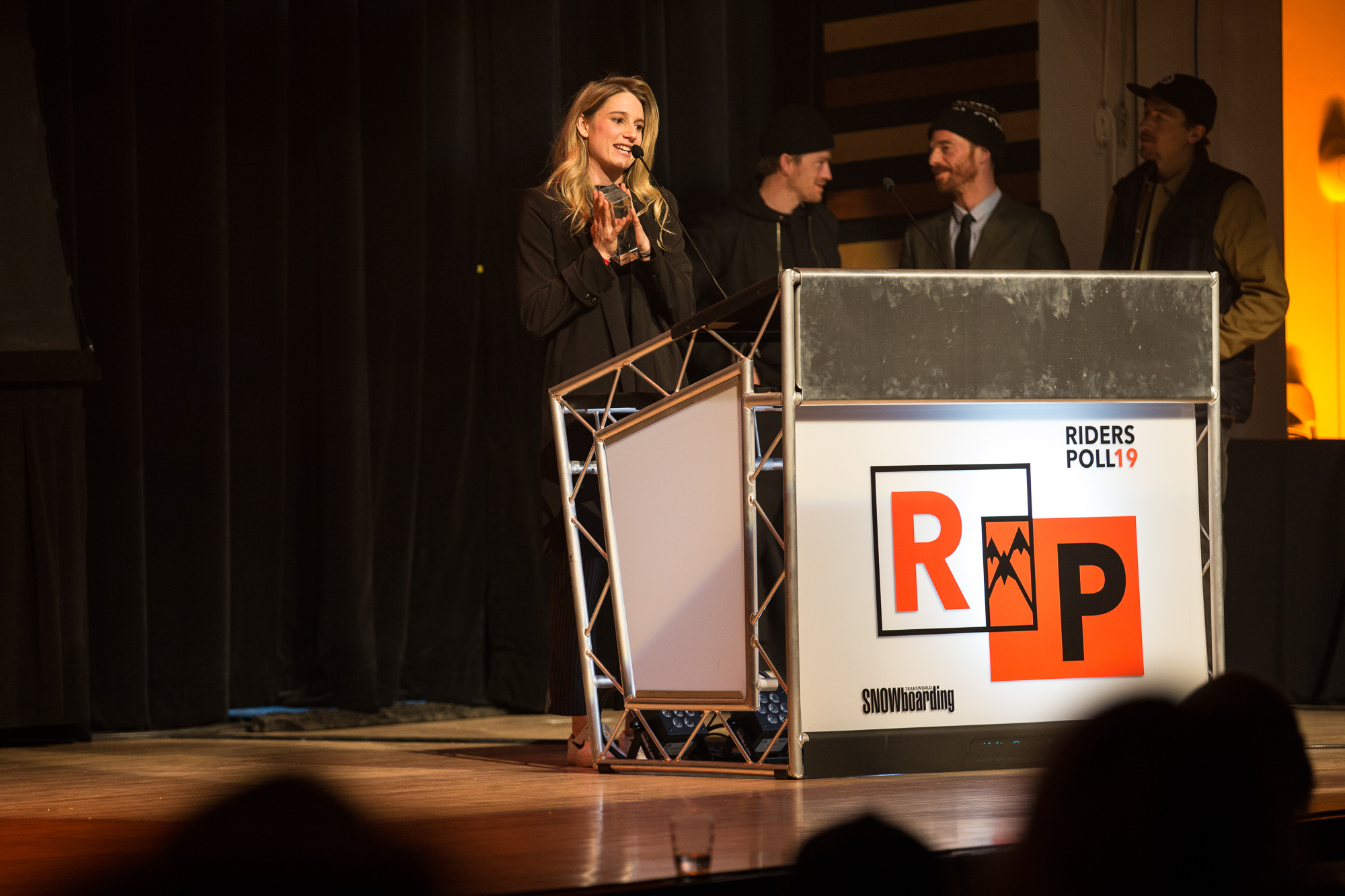 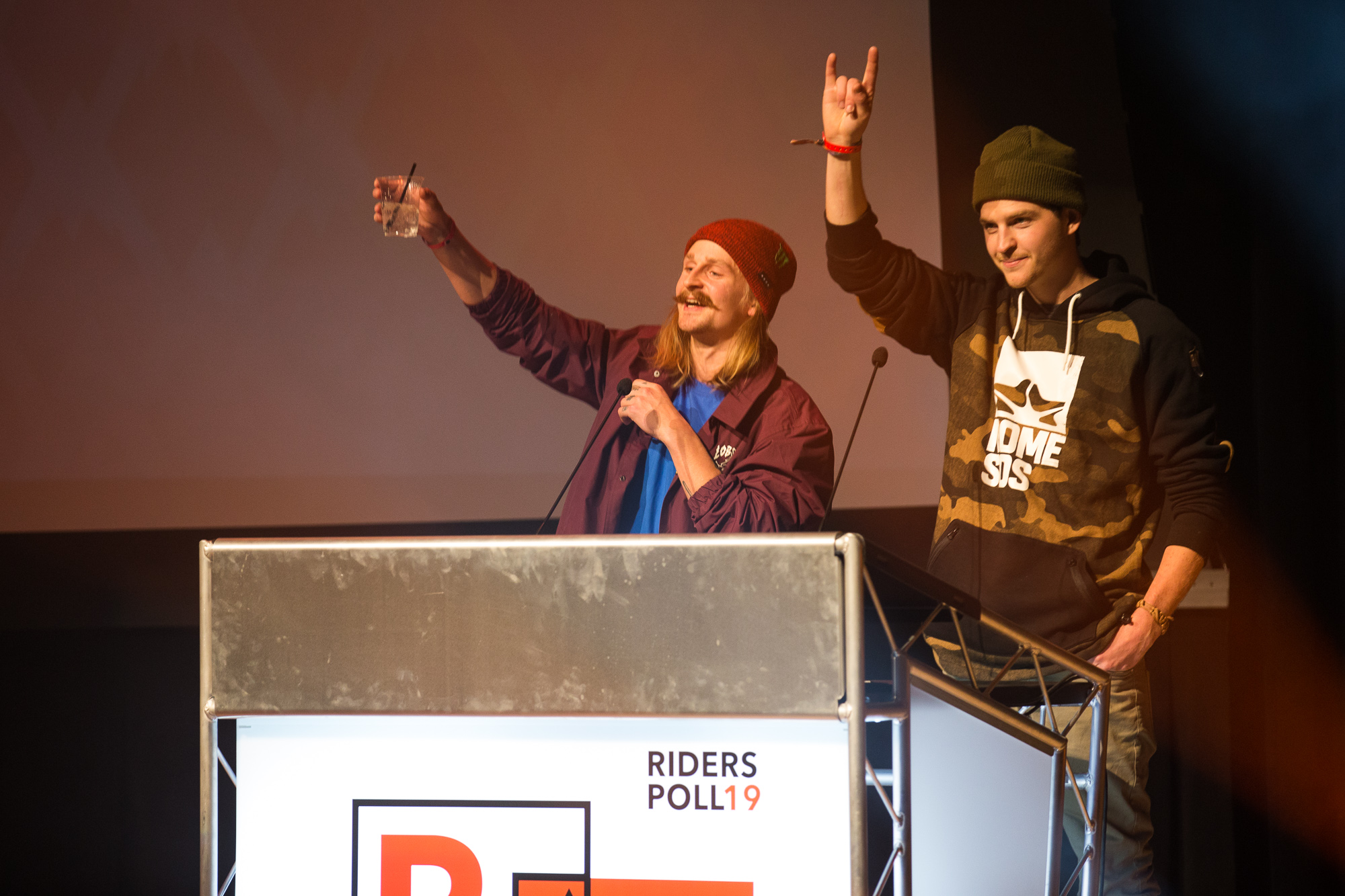 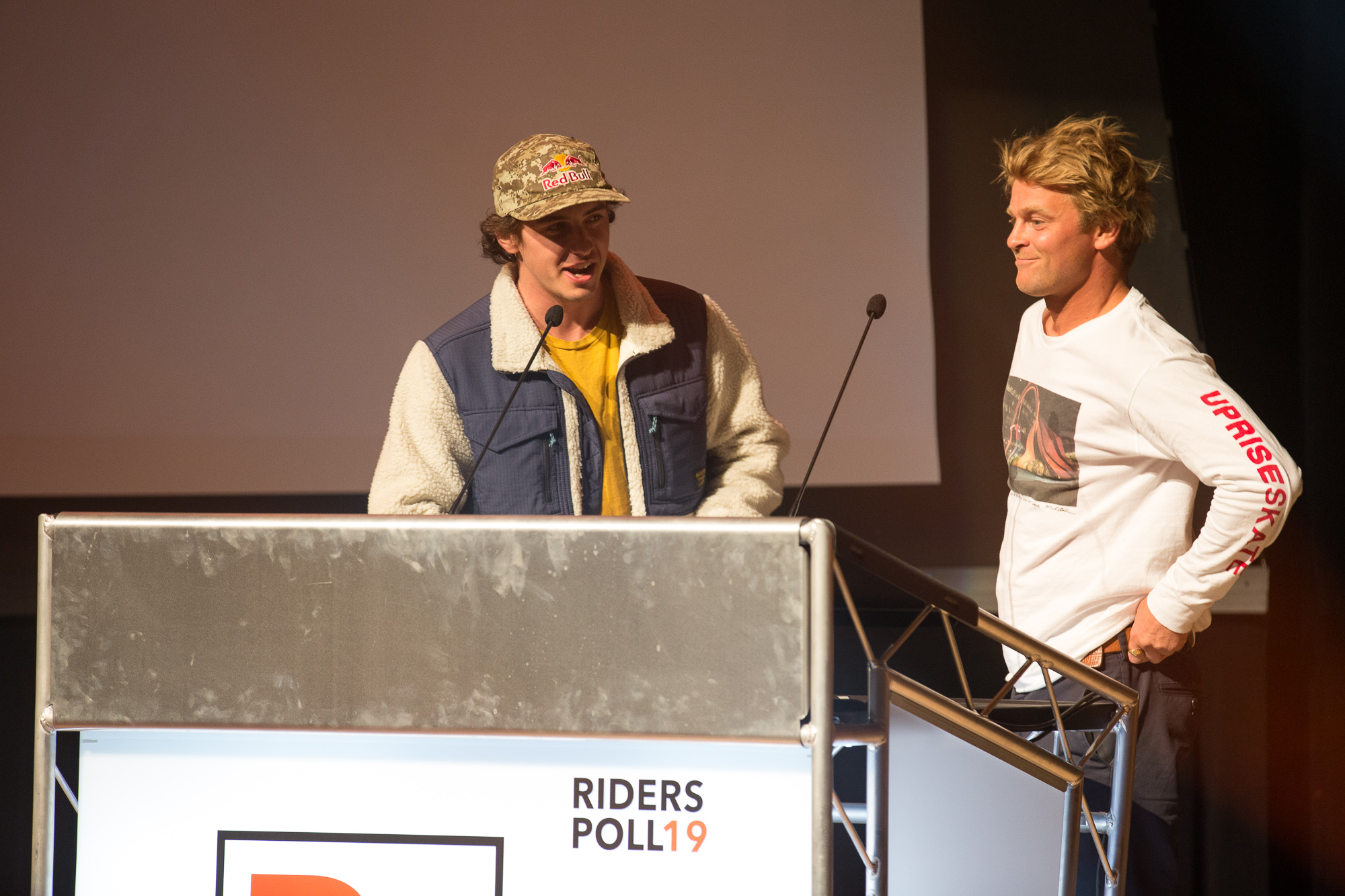 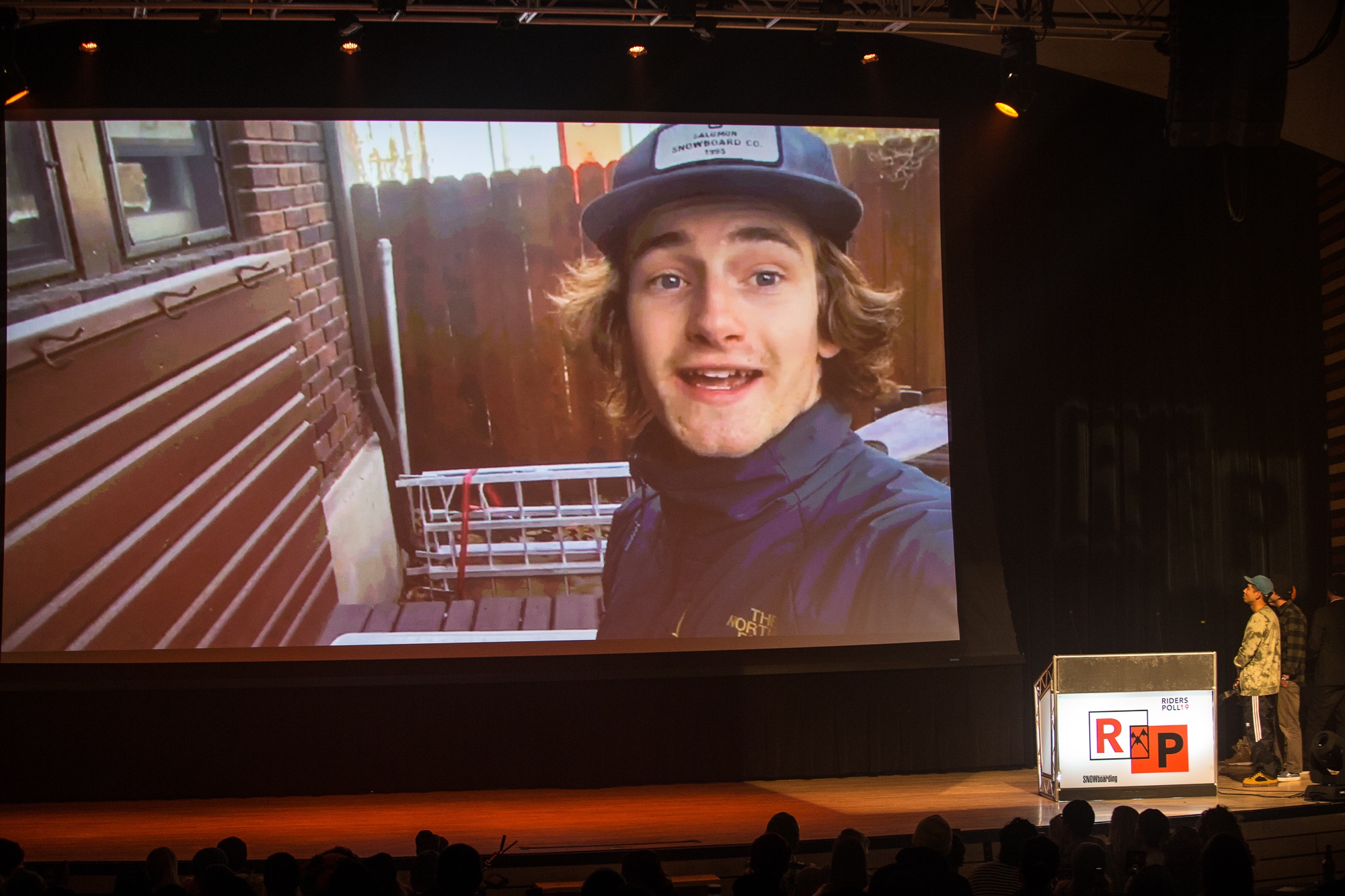 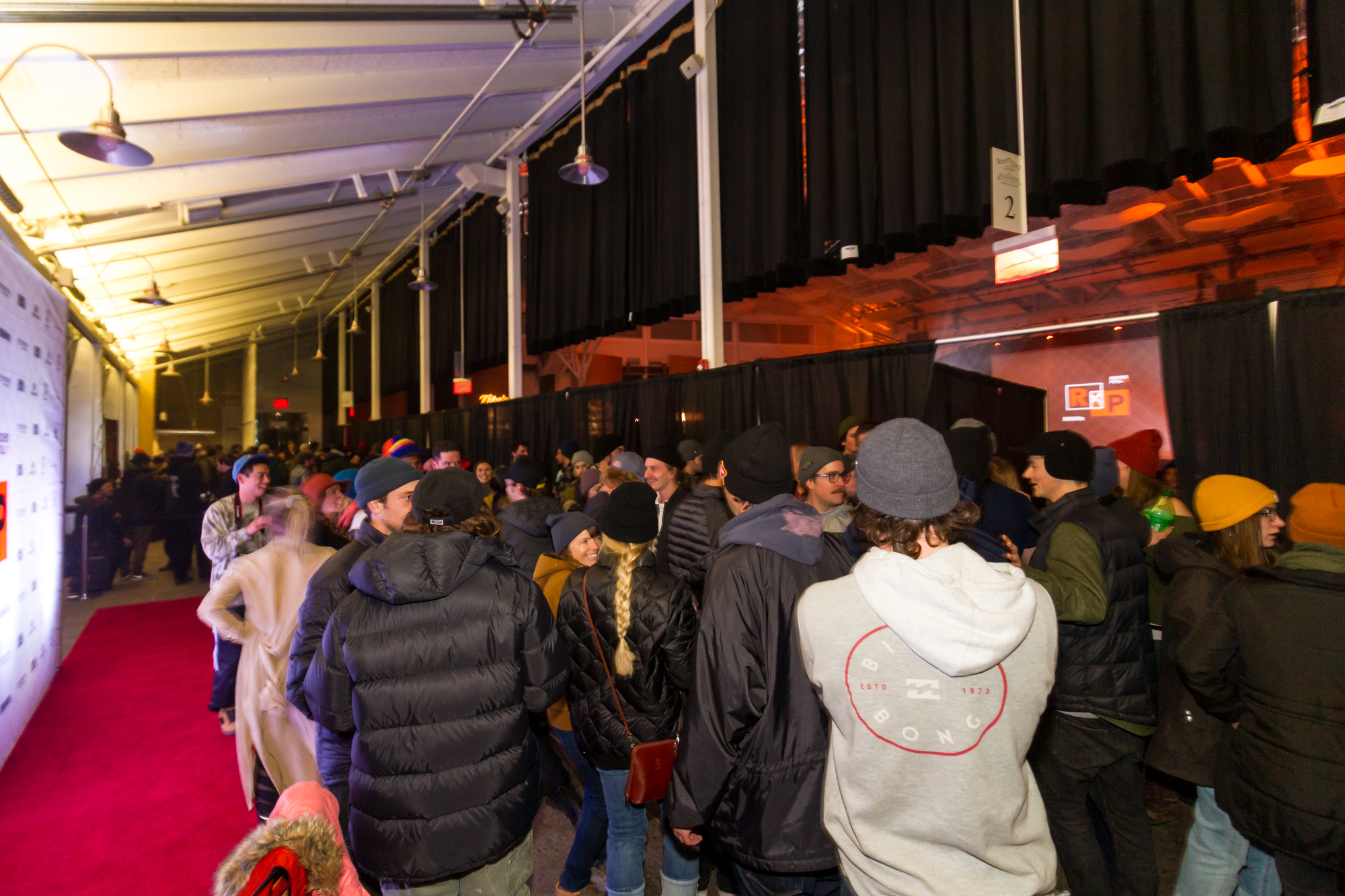 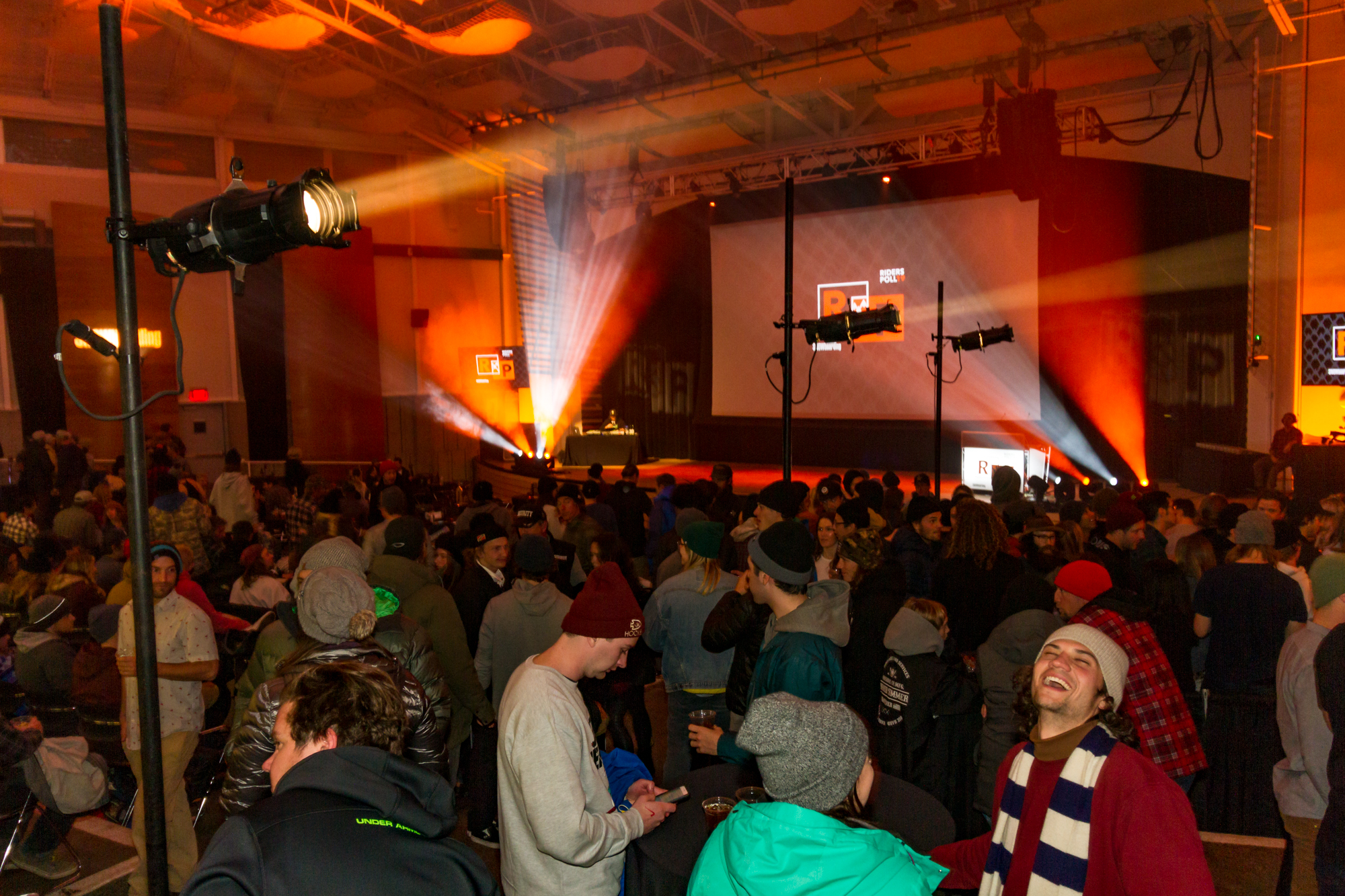 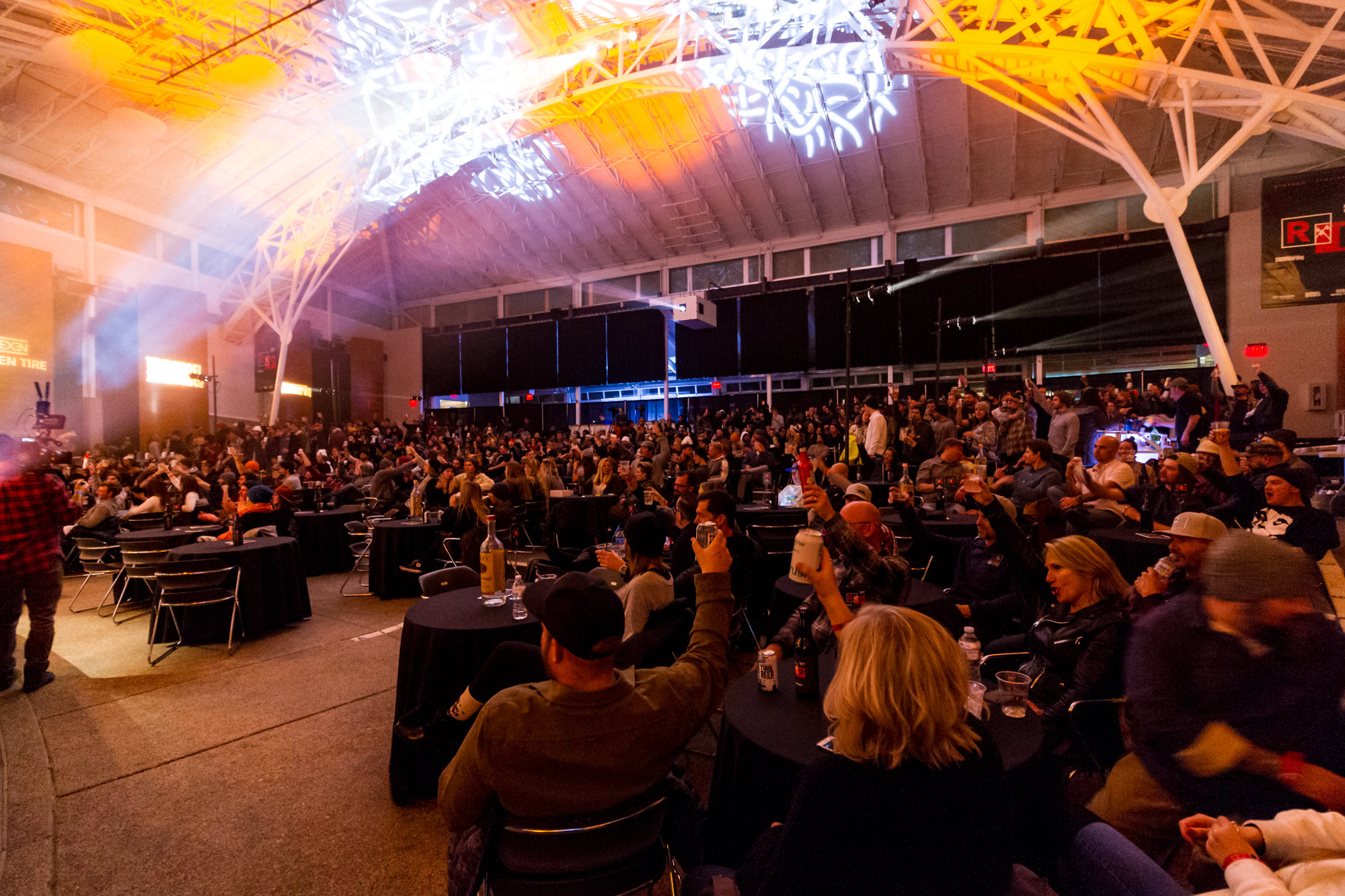 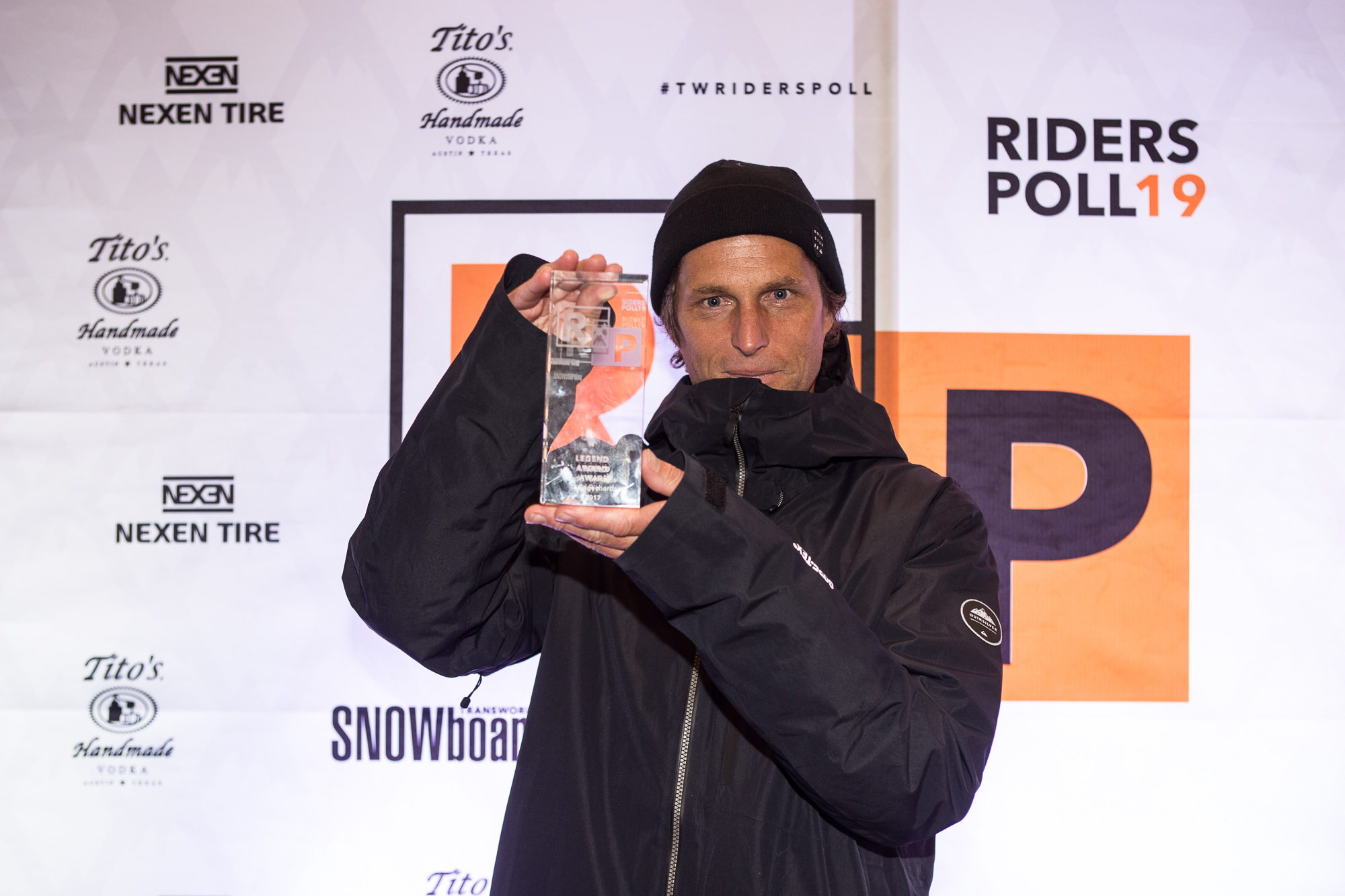 Snowboarding’s heaviest hitters were out in force in Breckenridge on Friday night for the 19th annualTransWorld SNOWboarding Riders’ Poll Awards, where the coveted Rider of the Year awards went to Anna Gasser and Louif Paradis.

Gasser, an Austrian rider best known for her Cab double underflip, has been dominating the World Cup Big Air circuit and took Slopestyle wins in 2017 at the Burton U.S. Open and X Games Norway. She seemed surprised when she first won the fan-favorite Readers’ Choice award, and shocked when she later won Rider of the Year, noting that Kimmy Fasani and Robin Van Gyn, also nominated in the  Rider of the Year category, have been her personal inspiration since she started riding.

“This is pretty crazy for me and I didn’t expect to get this prize at all – honestly I didn’t know people knew me here at all,” Gasser said, accepting the Reader’s Choice Award. “I’m feeling so honored to have this.”

Paradis, a Riders’ Poll Awards regular from Canada best known for his Video Part of the Year performances in films like Encore (2016) and Déjà Vu (2014), outdid himself in 2017 with his part inBeacon, this year’s Video of the Year winner.

“I want to take the chance to thank people like Eddie Wall, Todd Richards, Bjorn Leines, Barret Christy, Kevin Jones… people that sparked the inspiration and the passion, the fire, when I was a kid I was watching videos,” Paradis said. “And that’s still in me.”

Icelandic rider Halldor Helgason was another big winner on Friday, taking the fan-favorite Readers’ Choice Award and Video Part of the Year for his part in the TransWorld SNOWboarding film Arcadia.

“Thank you so much to all the readers for actually voting for me,” Helgason said. “It doesn’t make any sense to me – I haven’t even landed a triple 18,000 degrees yet.”

Robyn Van Gyn also won a Video Part of the Year award, as one of the stars of Depth Perceptionalongside Travis Rice, Austen Sweetin, and Bryan Fox.

“My biggest thank you goes to Roxy and Quiksilver for bringing this movie to life: they really trusted in Travis and trusted in us to go and make something crazy and they really gave me an opportunity to go and ride with some amazing snowboarders,” Van Gyn said. “Travis went out on a limb to bring me on to his crew and I couldn’t have been more honored to ride alongside him… he set a really cool example for everybody who makes films and all the brands out there to include your women!”

Rookie of the Year honors went to Mike Liddle, a star of the Arbor Snowboards film Cosa Nostra, and Jill Perkins, a Too Hard crew member whose 2017 season edit made a splash when TransWorld SNOWboarding debuted it in late November. Nils Mindnich won the Standout Performance award for his win at the 31st annual Mount Baker Legendary Banked Slalom. The award for Online Video Series of the Year went to Something by the Manboys.

“He won two U.S. Opens, he won the first X Games Halfpipe, he’s the only male rider to medal in Big Air, Halfpipe, and Slopestyle at the X Games, he represented America in 1998 at the Olympics, invented the wet cat McTwist, had a Huck Doll, has been featured in video games, he’s an Emmy-nominated announcer for the Olympic broadcast, he starred in the movie Out Cold…” Bridges explained.

Richards managed to squeeze 30 years worth of sponsor shoutouts into his four-minute acceptance speech, and credited his successful career to the fellow East Coast riders he was first inspired by as a young skateboarder in Massachusetts first discovering the then-new sport of snowboarding.

“I’m pretty floored because I came up in the East Coast, and we didn’t have a lot of people to look up to back then, but I’m here because I stood on the shoulders of people who came before me: Terry Kidwell, Chris Roach, Jeff Brushie, Danny and Jack Conlin,” Richards said. “These were the people that I thought were bigger than life. They were absolutely massive to me.”

Though his competition career is long over, Richards is still a sponsored athlete at 47, as a snow ambassador on the Quiksilver team. He’s now also known for his color commentary for NBC’s snowboarding coverage, including the Dew Tour and every Winter Olympics broadcast since the 2006 Torino Games.

“I friggin’ love snowboarding,” Richards said. “I’m doing my best to do this sport right and really keep it true to what it is.

For more from the 19th annual TransWorld SNOWboarding Riders’ Poll Awards, including a full list of nominees, visit Snowboarding.TransWorld.net/Riders-Poll.

Austrian rider Anna Gasser won the Readers' Choice and Rider of the Year honors after big Slopestyle wins at X Games Norway and Burton U.S. Open in 2017 and making Cab double underflips a staple of her competition runs.

Big night for Halldor Helgason, winner of the Readers' Choice Rider Poll award and Video Part of the Year for "Arcadia."

Rider of the Year winner Louif Paradis also accepted the Video of the Year award for "Beacon," by filmmaker Hayden Rensch.

Nils Mindnich's win at the 31st annual Mount Baker Legendary Banked Slalom race propelled him to a Standout Performance award at the Riders Poll. He phoned in his acceptance speech from – where else? – Mt. Bachelor, where he's prepping for this weekend's 10th annual Dirksen Derby Banked Slalom.

Inside Riverwalk Center in Breckenridge for the TW Riders Poll Awards.

VIPs up front, per tradition, at the TW Riders Poll Awards at Riverwalk Center in Breckenridge.

Halldor Helgason kept toasting from the podium with Tito's Vodka and soda. This VIP bartender kept obliging him.

The Manboys crew celebrating a win for Online Video Series of the Year.