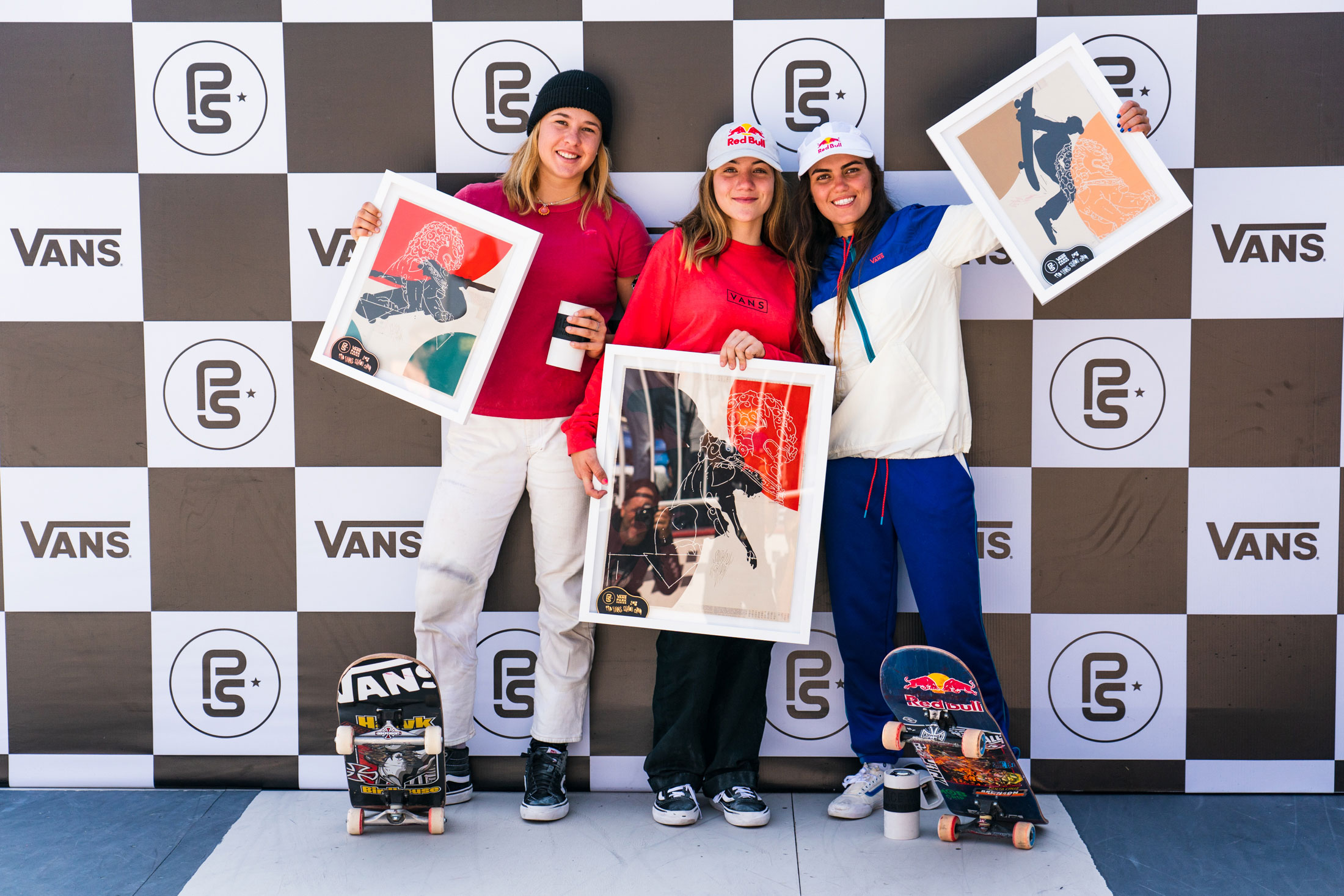 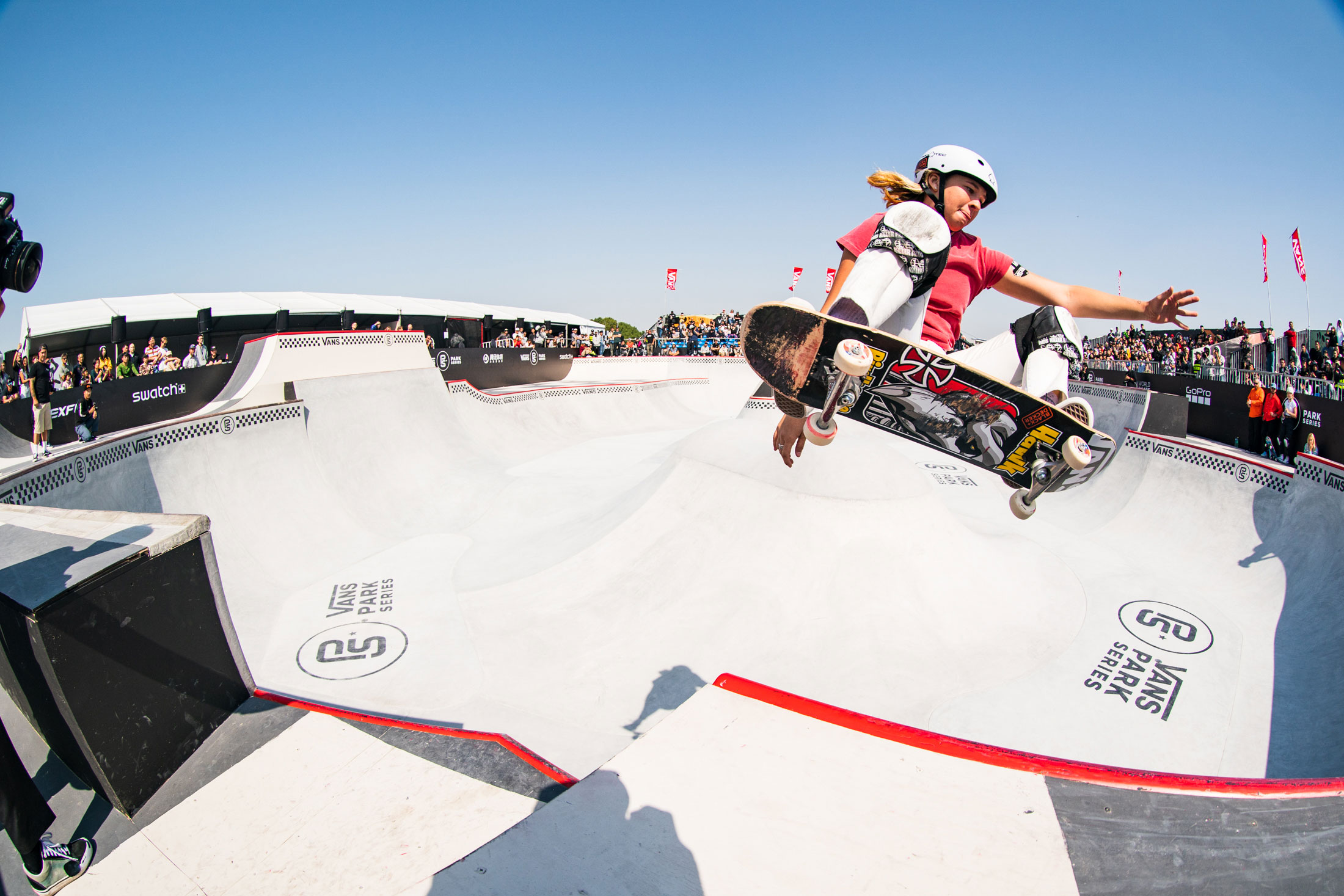 That’s a wrap! The 2018 Vans Park Series Pro Tour closes out an incredible season of premier park terrain skateboarding in the historic city of Suzhou, China, crowning Brighton Zeuner and Alex Sorgente as the new 2018 Vans Park Series champions. Zeuner and Sorgente both celebrate their second VPS champion titles, since claiming victory at the inaugural VPS Championships in 2016.
Photos by Anthony Acosta.

Zeuner stunned the crowds with her effortless style, landing her signature backside 360 in every run and topping it off with a kickflip indy, one of the few flip tricks of the women’s event. Earning a place on the podium at every stop this season, Zeuner took her first 2018 event victory in China today, to secure the 2018 VPS Women’s Champion title. Joining Zeuner on the podium in 2nd place, Brazil’s Yndiara Asp graces the podium yet again, demonstrating a fierce last run in the finals, as she attacked every wall with an aggressive style, and charging every second with high speed. In third, Jordyn Barratt’s powerful command of the massive VPS course proved effective, producing clean lines, big tricks and high scores overall.

It was an extremely close call in the Men’s final round, seeing Brazil favorite Pedro Barros and USA’s Alex Sorgente challenge each other’s scores until the bitter end when Sorgente laid down a crowd-pleasing, trick-heavy run to yield the highest score of the day. Sorgente wasted no time on the clock, relying on his technical talent to hit every wall in the park for the win. Runner-up Barros’ overall season performance has been astounding, appearing on every podium to emerge as the most consistent skater on tour. After a short hiatus due to injury, Tom Schaar returns to the series to place third in the Pro Finals, wowing the crowd with his huge airs and phenomenal abilities.

Looking ahead to the inaugural World Skate Park Skateboarding World Championships to be held in Nanjing, China next week, the top 8 men and women finalists from the VPS Pro Finals will be pre-seeded into the semi-finals for the first-ever Olympic-sanctioned event in skateboarding history. Congratulations to everyone!

Jordyn Barratt blasting a frontside Ollie across one of VPS gaps.

Tom Schaar wowing the crowd with a kickflip indy.

Pedro Barros soaring out of the massive VPS course with a 540.

In the end, it was Alex Sorgente who laid down heavy tricks that were rewarded with high scores.